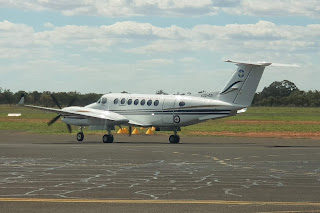 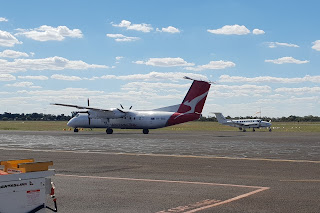 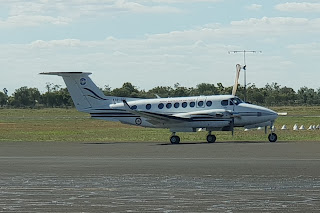 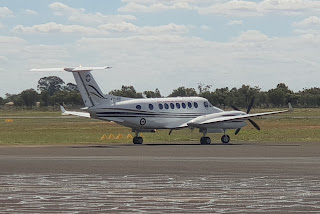 On both occasions, it was flying as "Torch 24" and looked to arrive direct from RAAF Base East Sale in Victoria.

After a refuel and crew rest, A32-021 returned direct to East Sale on both occasions again as "Torch 24".

Of interest, this is the first time that A32-021 has been seen (verified) in Central Queensland.  It is one of four new Super King Airs that have leased from Hawker Pacific for operations with 32 Squadron.  It is believed that A32-021 (CN:  FL-1021) wore the Australian civil registration marking of VH-KQE while being prepared for service.

UPDATE!  A32-021 returned to Charleville Airport yet again on Tuesday 16 April, yet again as "Torch 24" arriving from and departing back to East Sale.

All photos taken by Zac Fitzgerald  ©️
Posted by Damian F at 7:32 PM