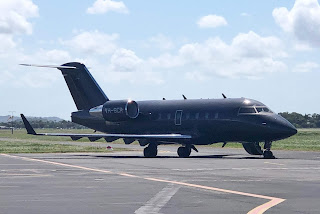 VH-SCR seems to have been chartered to ferry politicians around Australia during this Federal election campaign. It brought National Party Leader and Deputy Prime Minister Michael McCormack to town for a series of engagements.

VH-SCR departed Mackay Airport for the Gold Coast during the middle part of the afternoon.