After not being seen in Central Queensland for around a month, on Monday 1 April, the Pacific Air Express Australia Boeing B757-225(PCF) freighter VH-PQA was back and photographed visiting Rockhampton Airport on what appeared to be yet another training flight. 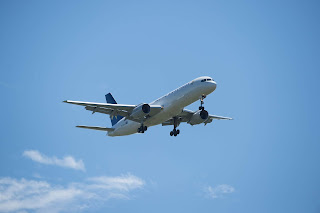 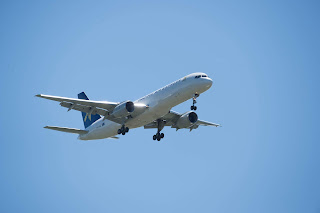 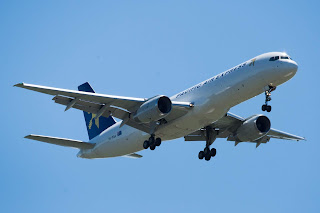 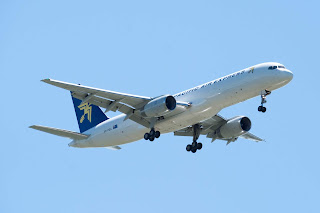 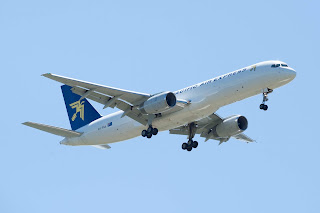 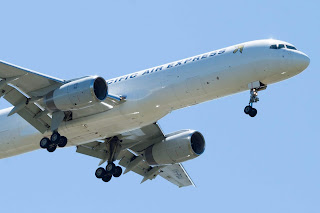 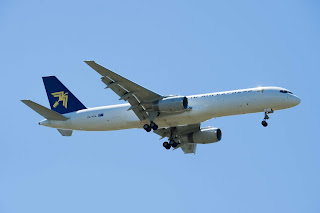 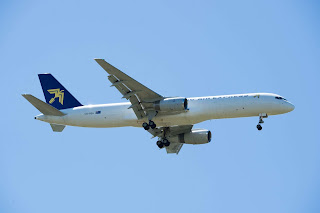 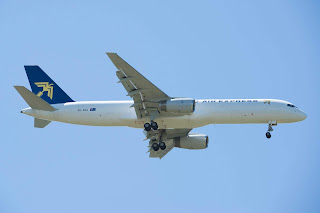 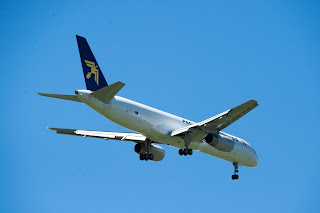 VH-PQA arrived into Rocky from Brisbane as 'PCF50' / "Pacific 50" and parked on Gate 6 on the Southern end of the Rockhampton Airport parking apron. 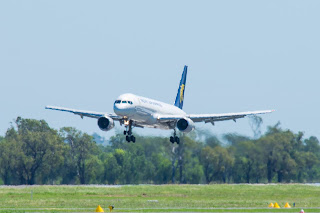 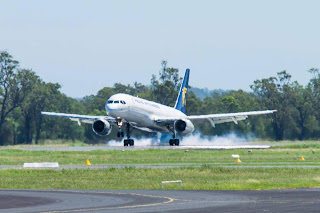 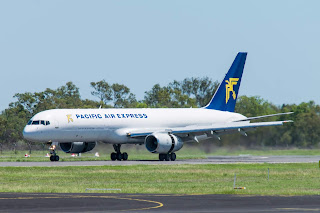 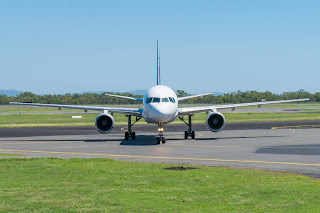 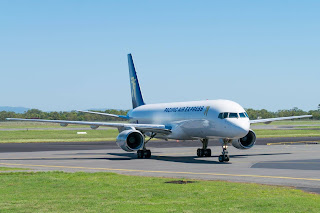 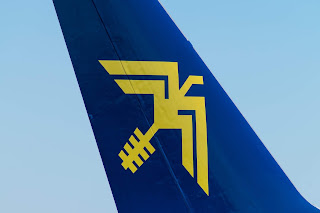 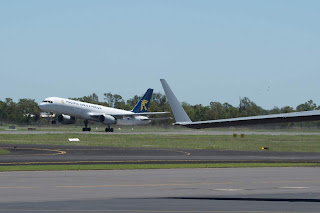 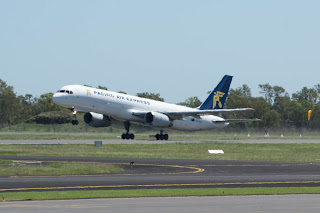 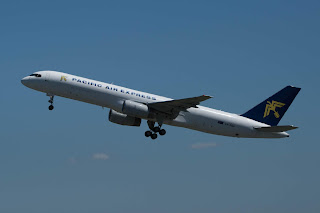 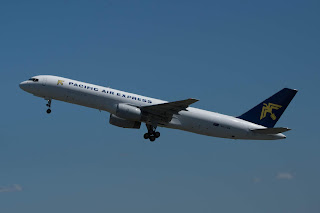 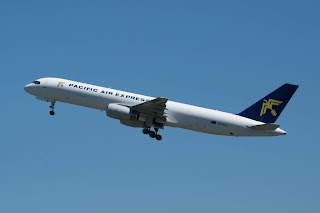 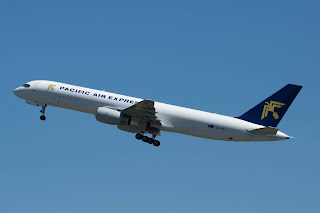 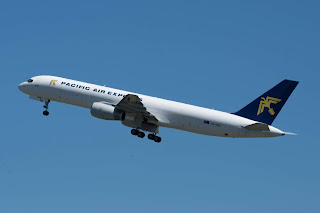 VH-PQA continues to complete flights around Australia including two recent flights between Brisbane and the Toowoomba-Wellcamp Airport.  On Friday 29 March, VH-PQA completed an overseas flight from Brisbane to Port Moresby in Papua New Guinea and back.  I believe this to be its first venture out of Australia!

Sincere thanks to local plane spotters Scott H and Jason M for taking the time to capture and send through these great photos of an always welcome visitor to CQ!