On Tuesday 30 April, the Federal election campaign continued in most parts of Central Queensland with leader of the United Australia Political Party, Clive Palmer most notably visiting several towns during a busy day on the hustings.  Mr Palmer's private, Cayman Islands-registered, Hawker Beechcraft 4000 Horizon bizjet VP-CPP was noted making an early morning arrival into Bundaberg Airport from the Gold Coast before it was then spotted arriving into Rockhampton Airport. 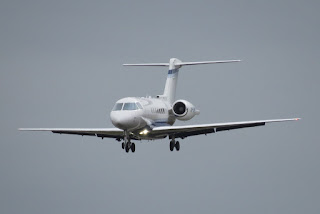 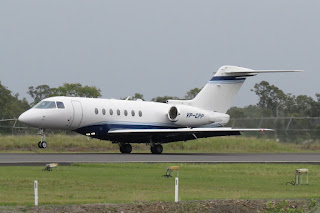 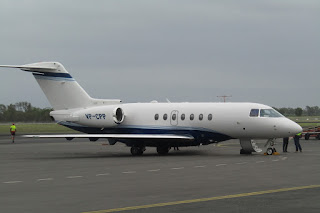 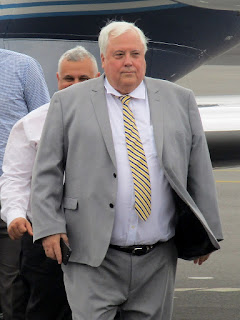 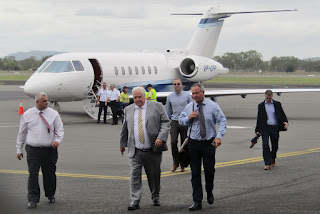 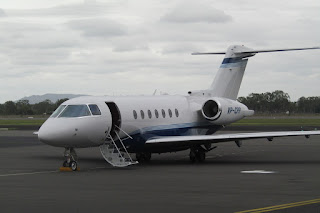 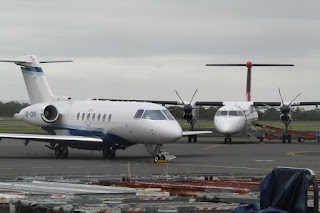 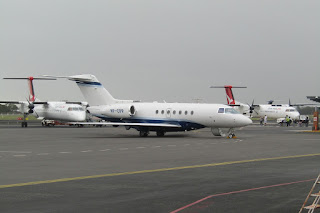 With his engagements complete, Mr Palmer and entourage were noted departing Rockhampton Airport on VP-CPP for Mackay Airport before it then later headed to Townsville.

At the time of writing, VP-CPP is due to return to the Gold Coast - a big day!

Photos taken by 'IAD' and Trevor Hardsman  ©
Posted by Damian F at 7:58 PM