On Sunday 28 April, Hevilift Australia (Fixed Wing Division) ATR 72-500 VH-FVH was photographed passing through Charleville Airport while heading back to the South-East corner of the State at the completion of a closed charter flight out to Lake Eyre. 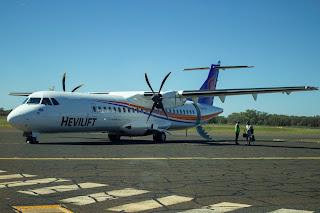 VH-FVH had originally flown as HT705 from Brisbane to the Toowoomba-Wellcamp Airport early on Saturday 27 April before then heading to Birdsville and Coober Pedy in South Australia where it looked to spend the night.  On Sunday 28 April, VH-FVH then flew as HT706 from Coober Pedy to Charleville and back to Wellcamp and Brisbane. 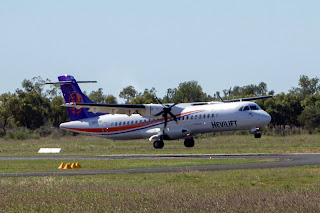 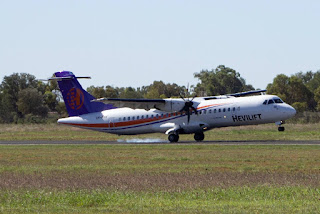 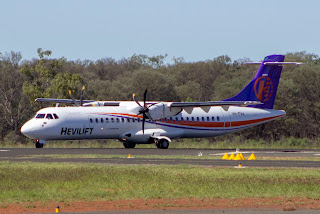 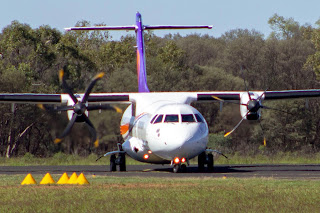 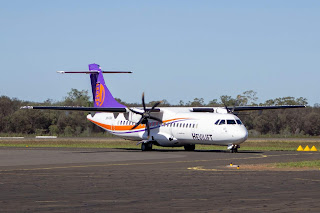 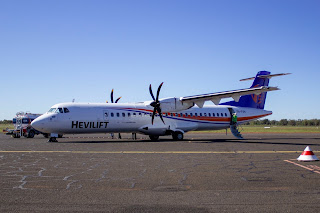 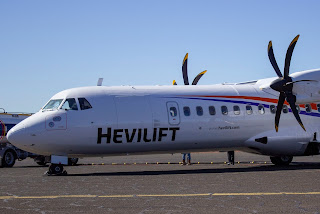 Of interest, VH-FVH was joined by fellow Hevilift ATR 72-500 VH-FVM which also looked to operate a charter flight out of Lake Eyre over the weekend.  On Saturday 27 April, it flew as HT707 direct from Brisbane to Broken Hill in New South Wales before also spending the night at Coober Pedy.  Then on Sunday 28 April, VH-FVM returned as HT708 from Coober Pedy to Birdsville and Brisbane.

VH-NKQ appeared to be operating a series of closed charter flights in support of Winton's Way Out West Festival.

Sincere thanks to local plane spotter Zac F for taking the time to capture and send through these great photos from Charleville Airport!

All photos taken by Zac Fitzgerald  ©️
Posted by Damian F at 9:15 PM