Late on Sunday 21 April, Australian Corporate Jet Centres Bombardier CL-600-2B16 Challenger 604 bizjet VH-SCR was noted arriving into Rockhampton Airport from Sydney as "Envoy 553".  Again, it appeared that the Challenger was operated a flight bringing Federal politicians into the region during this Federal election campaign. 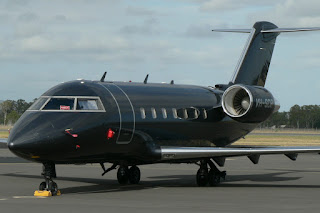 Early on Monday 22 April, National Party Leader and Deputy Prime Minister Michael McCormack was reported to be in town for a series of engagements. 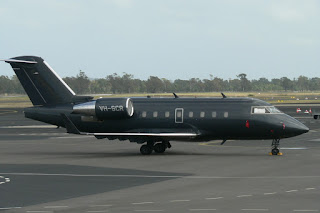 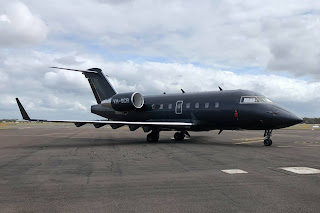 At the time of writing, it appears that VH-SCR may be spending the night at Bundy.

Meanwhile, another nice bizjet to grace CQ was Mitchell Water Cessna 525 Citation M2 bizjet VH-WMY which returned to Hamilton Island Airport for the third time in less than a week late on Sunday 21 April.  It arrived from its Melbourne (Moorabbin) base.  Then on Monday 22 April, VH-WMY departed Hamilton Island Airport for Melbourne (Essendon) before returning to Moorabbin.

Sincere thanks to the local plane spotters for taking the time to capture and send through these great photos and video!

Photos and video taken by Don Williams and Isaac S  ©
Posted by Damian F at 8:27 PM