On Wednesday 17 April, Royal Australian Air Force (RAAF) Boeing P-8A Poseidon Maritime Surveillance Aircraft A47-007 was spotted completing a missed approach at Rockhampton Airport.  It was the first time A47-007 has been seen in CQ. 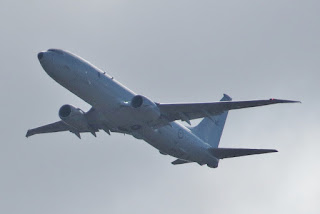 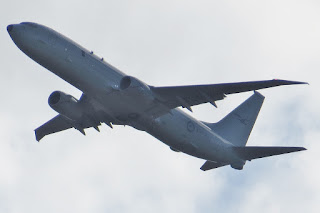 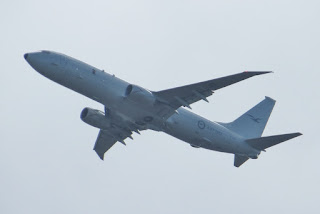 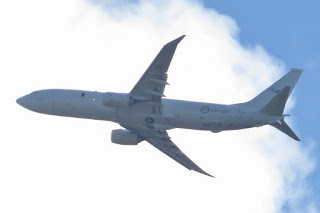 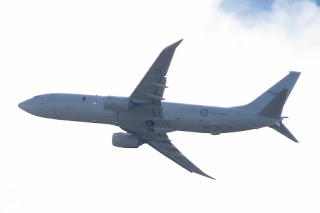 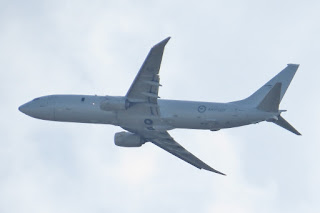 A47-007 looked to fly up from its 'home' at RAAF Base Edinburgh in South Australia and was noted completing airwork at RAAF Base Amberley before continuing to Rocky.  After completing the airwork at Rockhampton Airport, A47-007 continued North to Townsville.

UPDATE!  On Thursday 18 April, A47-007, now as "Mariner 02" was noted completing a missed approach at Hamilton Island Airport after earlier departing Townsville.  It then continued to the Gold Coast before looking to head back to Edinburgh.

All photos taken by Kayanne Hardsman  ©
Posted by Damian F at 8:10 PM