For the helicopter fans out there, it has been interesting to note a few 'new' helicopters that have arrived into and are now operating out of both Rockhampton and Mackay Airports in recent days. 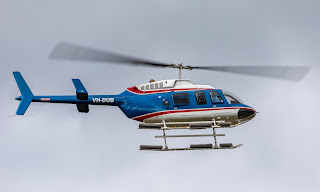 Indeed it was photographed above operating out of Rockhampton Airport this week alongside both of Stirling Helicopters Eurocopter AS.350BA Squirrel VH-WHW and Bell Helicopter Textron Canada 407 VH-IBF on local flights.

While up at Mackay Airport, a nice pair of AS.350 Squirrel helicopters have recently arrived and seem to have commenced operations perhaps with local operators.

Helisx (Melbourne) Aerospatiale AS.350BA VH-XBX arrived into Mackay Airport from Redcliffe around a fortnight ago and appears to be operating for locally-based Flyon Helicopters on marine pilot transfer and other flights to the Blossom Banks and elsewhere. 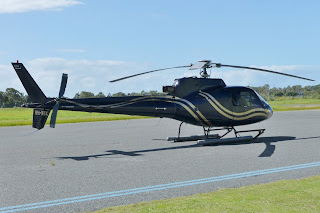 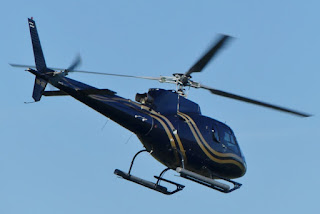 While Townsville-based Forster Helicopters Eurocopter AS 350 B2 Squirrel helicopter VH-RDA arrived into Mackay Airport during the middle part of this week after spending the previous week or so operating out of Gladstone Airport. 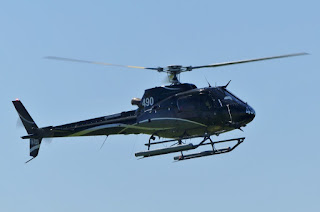 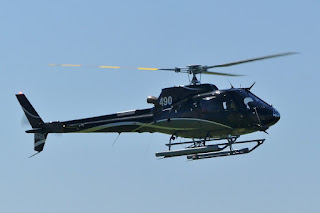 VH-RDA has since completed a series of local flights out of and back to Mackay Airport. 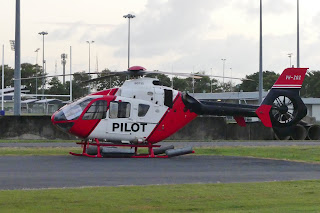 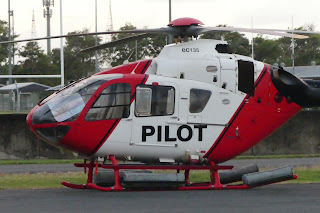 It arrived back from Broome (it seems) via all stops including Longreach and Clermont Airports before landing back at Mackay Airport.

As reported below, Heli-Aust Whitsundays ferried brand new Airbus Helicopters EC135 P3 VH-XUY over to Western Australia at the start of the month.

Finally, another helicopter to be spotted at Mackay Airport this week was also Townsville-based Eurocopter EC120B VH-VTG, which has had a patriotic re-paint since I certainly last saw it! 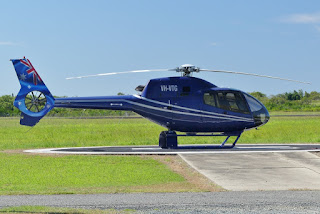 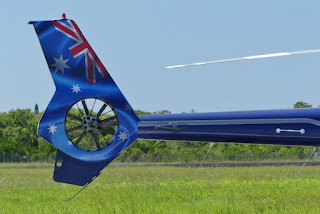 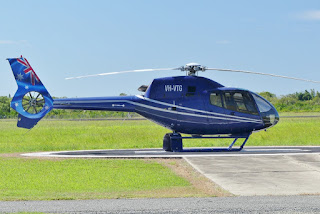