On Tuesday 26 May, Nauru Airlines Boeing B737-319 VH-XNU was spotted visiting Mackay Airport on what appears to be the seventh in a series of closed charter fights to the region from and back to Brisbane. 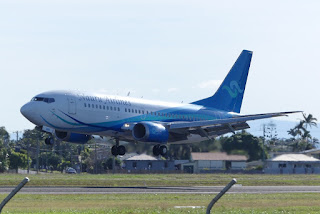 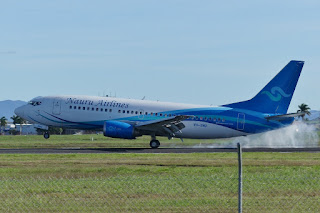 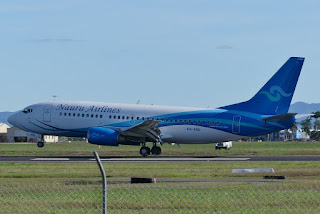 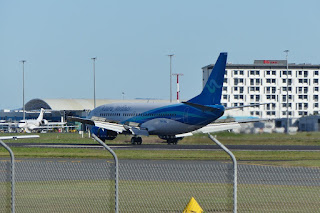 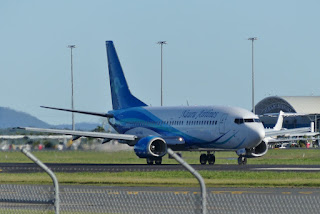 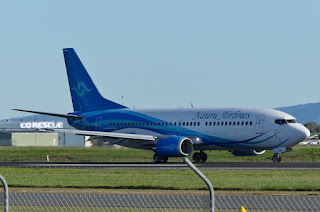 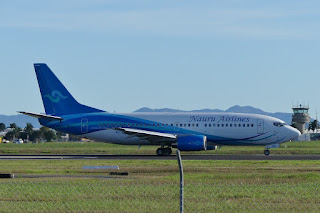 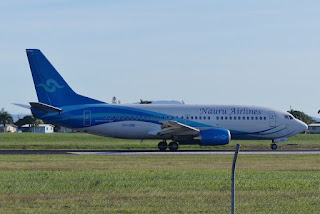 The colourful little Boeing touched down at Mackay Airport from Brisbane as RON938 and returned to the capital soon after as RON939. 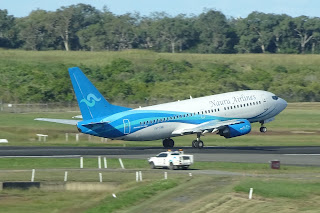 Sincere thanks to the local plane spotters for taking the time to capture and send through these great photos from Mackay Airport!