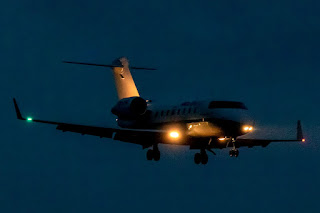 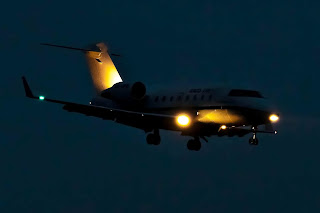 This is the first visit by the second of the three new LifeFlight (Aeromed) Challenger 604 Air Ambulance jets that were previously operated by the Royal Australian Air Force (RAAF) VIP 34 Squadron.  Of interest, VH-OFB previously wore the military serial A37-002 and was a frequent visitor to CQ Airports - see Blog post below for more.

VH-OFB was delivered to LifeFlight at Brisbane in March and finally took to the air over the previous weekend, flying from the capital to Townsville.  During this week, VH-OFB "Ambulance 624" has completed from Townsvlle to Cairns and back to Brisbane, and on Wednesday 20 May, it departed Townsville for Horn Island, Cairns (as pictured below), Brisbane and Rockhampton Airport. 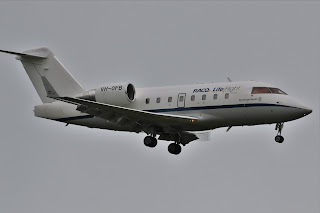