Late on Thursday 14 May, LifeFlight (Aeromed) LearJet 45 bizjet VH-VVI "Ambulance 451" was noted visiting a pair of Central Queensland Airports.  It arrived into Rockhampton Airport from Townsville and Cairns and later departed to Brisbane.

VH-VVI "Ambulance 451" then called into Gladstone Airport before then continuing to back to Townsville now in the wee small hours of Friday 15 May. 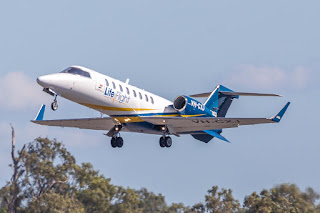 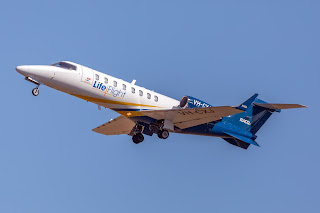 It was photographed returning to Brisbane during the latter part of the morning.

It appeared that VH-CXJ "Ambulance 452" was due to return to Rocky later in the evening on Friday 15 May but this hasn't eventuated.