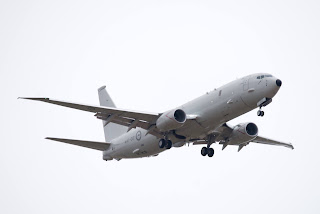 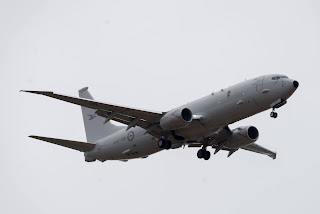 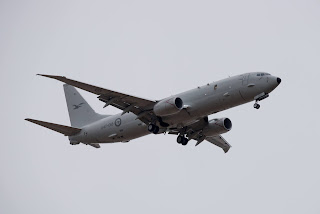 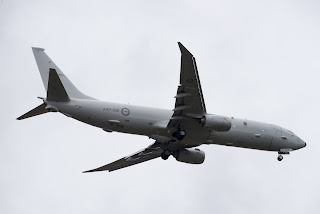 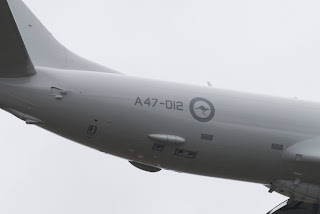 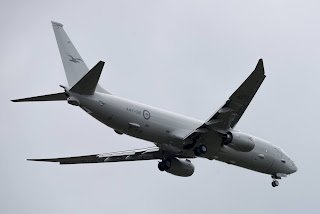 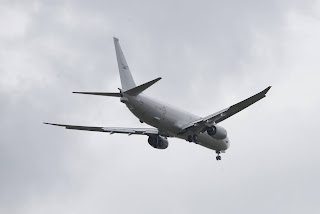 Poseidon A47-012 made its first visit to the region, photographed above completing a missed approach at Rockhampton Airport.  It was heard to be flying as "Mariner 01" and looked to depart its home at RAAF Base Edinburgh in South Australia before flying up to Townsville via airwork at RAAF Base Williamtown, RAAF Base Amberley and Rocky.

While Poseidon A47-010 also made its first visit to the region, noted completing a missed approach at Mackay Airport.  It was heard to be flying as "Mariner 02" and also departed Edinburgh before also flying up to Townsville but via airwork at Canberra, Tamworth, Amberley and Mackay.

Of interest, the radio callsign of "Mariner" is of the RAAF's 292 Squadron.

All photos taken by Scott Harris  ©
Posted by Damian F at 8:50 PM