On Tuesday 12 May, VH-ACC flew up from its Archerfield base to Dooloogarah before later returning to Archerfield.  VH-ACC then again departed Archerfield for Roma Airport before it then continued to Opal Creek where it looked to be spending the night.

Then on Wednesday 13 May, VH-ACC was noted departing Opal Creek for Dooloogarah (again) before later returning to Opal Creek where again it appeared to be staying.

Also on Wednesday 13 May, another familiar Cessna Citation bizjet in the form of the Queensland Police Service (Airwing) (State of Queensland) Cessna 560 Citation Ultra bizjet VH-PSU was noted visiting Rockhampton Airport.  It arrived from Weipa and departed to Brisbane.

Also at Rockhampton Airport, also on Wednesday 13 May, Seair Pacific / Istlecote DHC-6-100 Twin Otter VH-ZKF was photographed completing its weekly run from the Gold Coast and Brisbane to Rockhampton Airport before this time flying up to Bowen Airport and then Townsville.  It then returned South over the same route.  While fellow Seair Cessna 208 Caravan VH-LYT was also photographed as it departed Rockhampton Airport on Wednesday 13 May for Hervey Bay (Fraser Coast) Airport.  VH-LYT had arrived into Rocky the previous day after completing its weekly run from Hervey Bay and Maryborough Airports to Wanella Station near Coppabella. 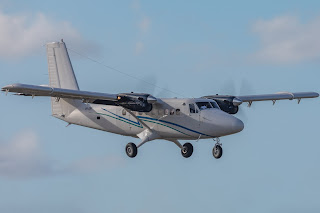 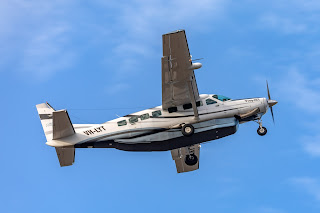 Of interest, fellow Seair Pacific / Istlecote Cessna 208 Caravan VH-TQW also called into Wanella Station on a FIFO charter flight also on Tuesday 12 May.  It arrived from Hervey Bay and Maryborough Airports and later departed to Lady Elliot Island Airport before then returning to Hervey Bay Airport. 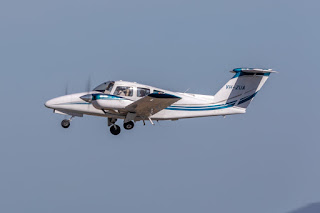 And also on Wednesday 13 May, Brescon (Toowoomba) Beech B200 King Airs VH-WXN and VH-XDW were noted calling into Roma and Longreach Airports, as well as Clermont Aerodrome, respectively, from their Toowoomba-Wellcamp Airport base.  VH-XDW also visited Clermont Aerodrome the previous week and was photographed by me as it rested quietly during the afternoon on Sunday 3 May. 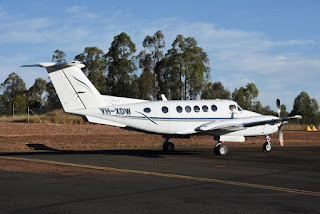 And CJ Aerospace (Altitude Aviation) Raytheon B200 King Air VH-EEL was noted arriving into Charters Towers Aerodrome from its Archerfield base via the Sunshine Coast also on Wednesday 13 May with this now regular weekly charter flight expected to return back to Archerfield via the Sunny Coast the next day.

Finally, also on Tuesday 12 May, Raytheon A36 Bonanza VH-YGM was also noted visiting Rockhampton Airport, arriving from and later departing back to its Orange base in New South Wales.  VH-YGM appears to be a weekly visitor to the beef capital.