On Thursday 7 May, no less than three Royal Australian Air Force (RAAF) heavy transport aircraft were photographed as they climbed out after completing missed approaches at Rockhampton Airport. Firstly, RAAF Airbus A330-200 / KC-30A Multi Role Tanker Transport (MRTT) A39-003, which was flying as "Dragon 34", flew up from RAAF Base Amberley to Townsville via an inland route including overhead Emerald.  During the afternoon, it then returned South and was photographed as it climbed out after completing a missed approach at Rockhampton Airport. 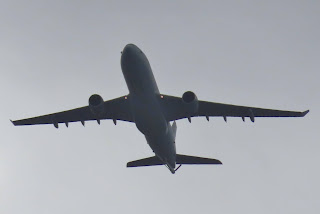 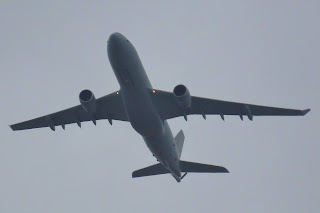 It then returned to Amberley.

Around the same time, fellow RAAF KC-30A A39-001 as "Dragon 15" was noted flying also from Townsville to Amberley.  It had flown North the previous day.

A pair of RAAF Boeing C-17A Globemaster III transport aircraft were then photographed as they too climbed out after also completing missed approaches at Rockhampton Airport.  Both had earlier been working with another RAAF KC-30A - A39-005 "Dragon 27" - completing air-to-air refuelling exercises off the coast of Brisbane. 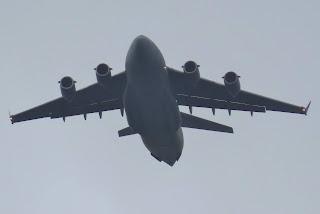 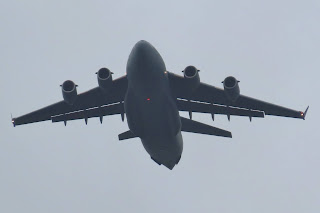 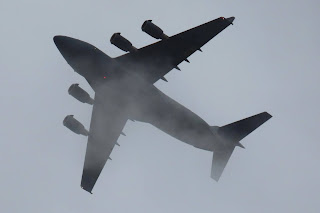 While fellow C-17A A41-210 as "Stallion 21" also flew up to complete a missed approach at Rockhampton Airport before it then climbed and soon after descended to below 300 feet from near Old Station and then flew 'no-comm' all the way back to Amberley. 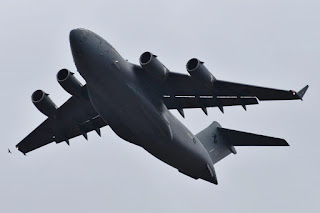 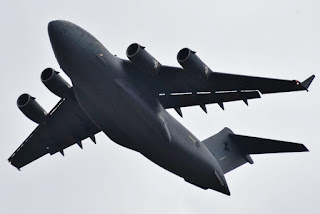 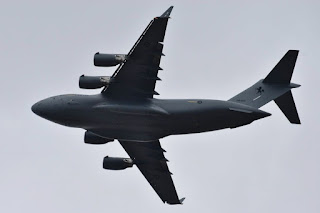 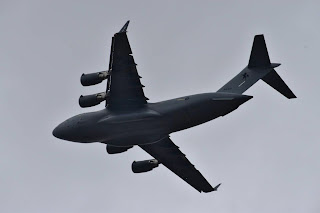 It's been a couple of good days of RAAF plane spotting action around Rockhampton and we hope this continues in the coming weeks!

Sincere thanks again to the local plane spotters for being at the right places at the right times to capture these great photos!