During the morning on Wednesday 6 May, a pair of Royal Australian Air Force (RAAF) heavy transport aircraft were photographed as they climbed out after completing missed approaches at Rockhampton Airport.

First, RAAF Airbus A330-200 / KC-30A Multi Role Tanker Transport (MRTT) A39-005, which was flying as "Dragon 21" came up from RAAF Base Amberley to complete the missed approach at Rockhampton Airport. 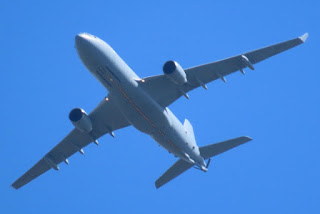 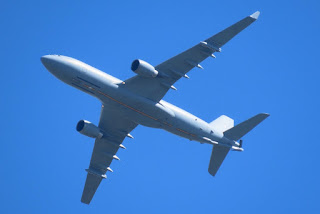 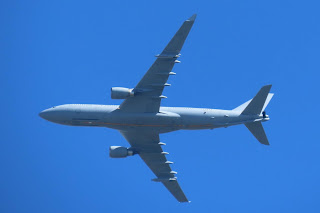 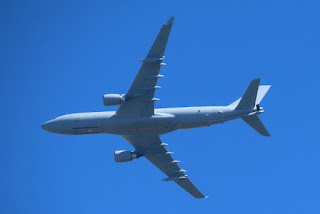 It was then photographed (above) as it departed Rocky for Cairns where it landed for a short time.  A39-005 then returned to Amberley.

Of interest, around the same time, fellow RAAF KC-30A A39-001 as "Dragon 15" flew up via inland Central Queensland from Amberley for a landing at Townsville where it appears to have stayed.

Meanwhile, soon after the KC-30A departed the zone, RAAF Boeing C-17A Globemaster III transport aircraft A41-211 also flew up from Amberley but as "Stallion 15" to also complete a missed approach at Rockhampton Airport. 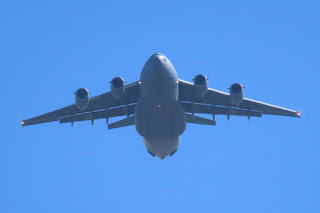 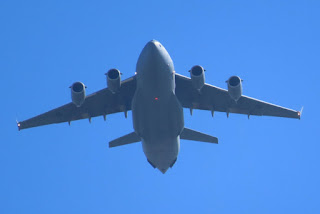 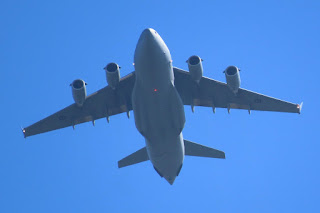 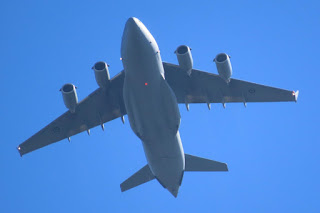 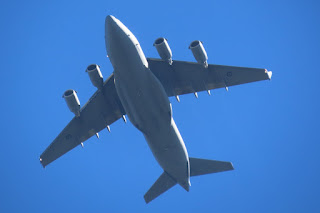 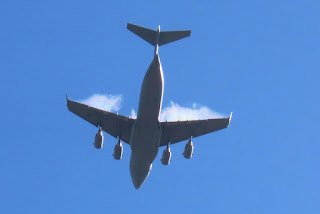 It then departed Rocky and was noted to have also completed a missed approach at Mackay Airport.  From there, the C-17 continued to land at Townsville for a short time before it too returned to Amberley.

Sincere thanks to local plane spotter Kayanne Hardsman for being in the right place at the right time and capturing these great photos as these awesome heavy jets climbed out of Rockhampton Airport!

All photos taken by Kayanne Hardsman  ©
Posted by Damian F at 9:51 PM