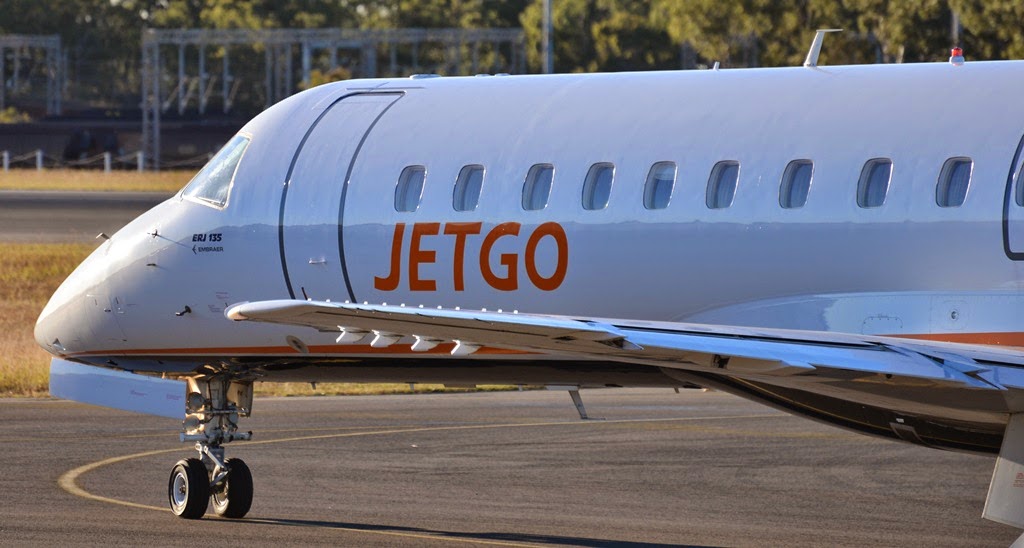 Local plane spotter Michael F finished his busy day of work just in time to venture to Gladstone Airport on Friday 11 July and capture some photos of the goings on - including the departure of the two visiting JetGo Australia  Embraer E-135LR jets - VH-JGB and VH-JTG.

After collecting their passengers - reportedly executives from local resource companies - VH-JTG was first to depart to Brisbane as JG35.

About 20 minutes later, VH-JGB also departed for Brisbane, but as JG34. 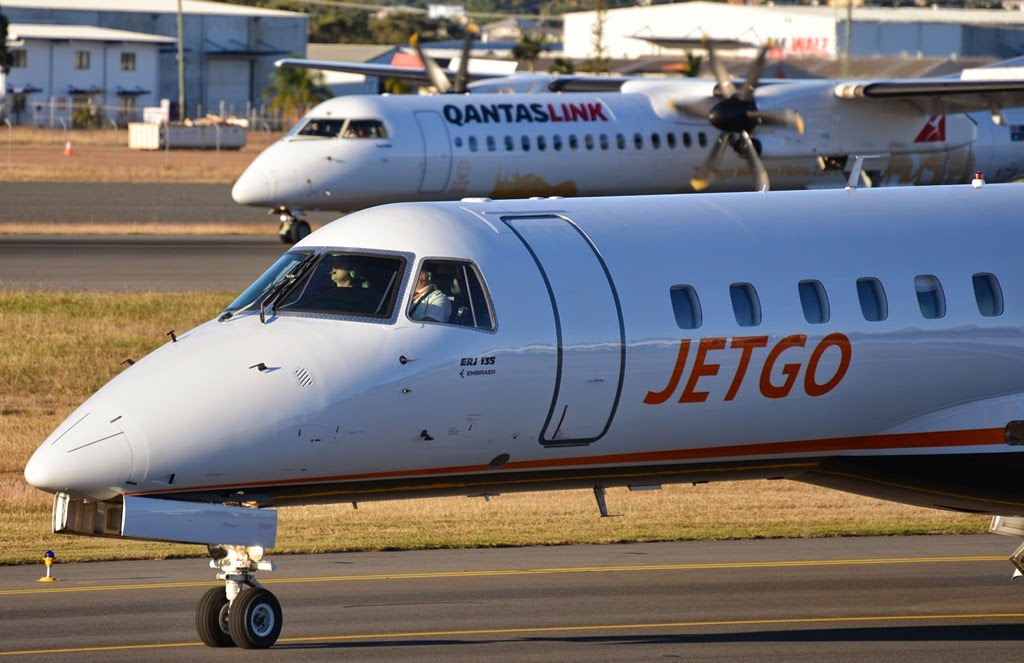 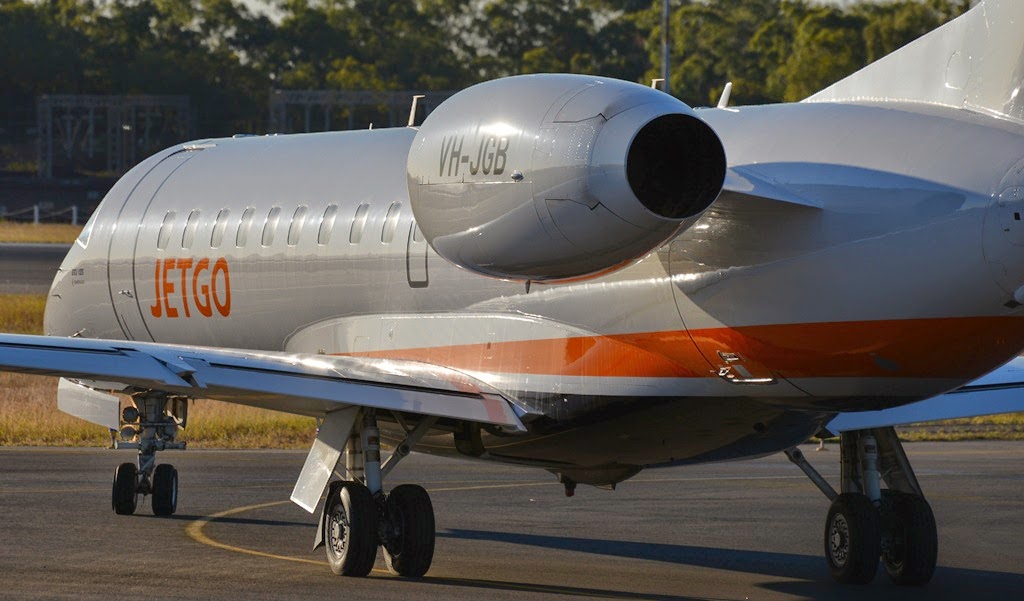 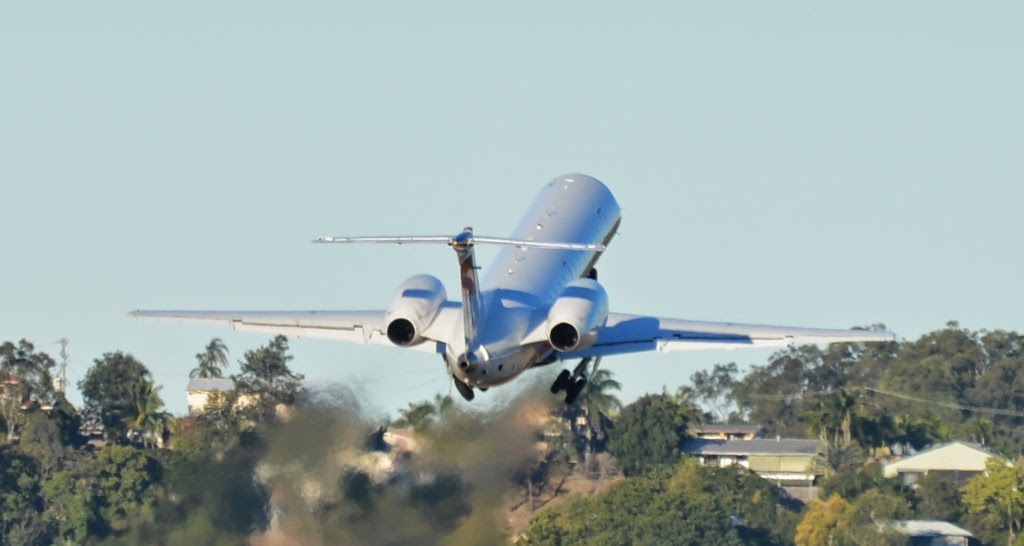 But not satisfied with capturing some awesome photos of the two JetGo jets, Michael also captured some equally stunning photos of some of the commercial visitors to Gladstone Airport late on Friday 11 July.

As VH-JGB taxied out for departure, QantasLink Dash-8-Q400 VH-QOW touched down on Gladstone's Runway 28 after completing the QLK2128 service from Sydney.

Finally, Michael took some stunning images of QantasLink (Cobham Aviation) Boeing B717-200 VH-NXH as it departed Gladstone for Brisbane as QJE1713. 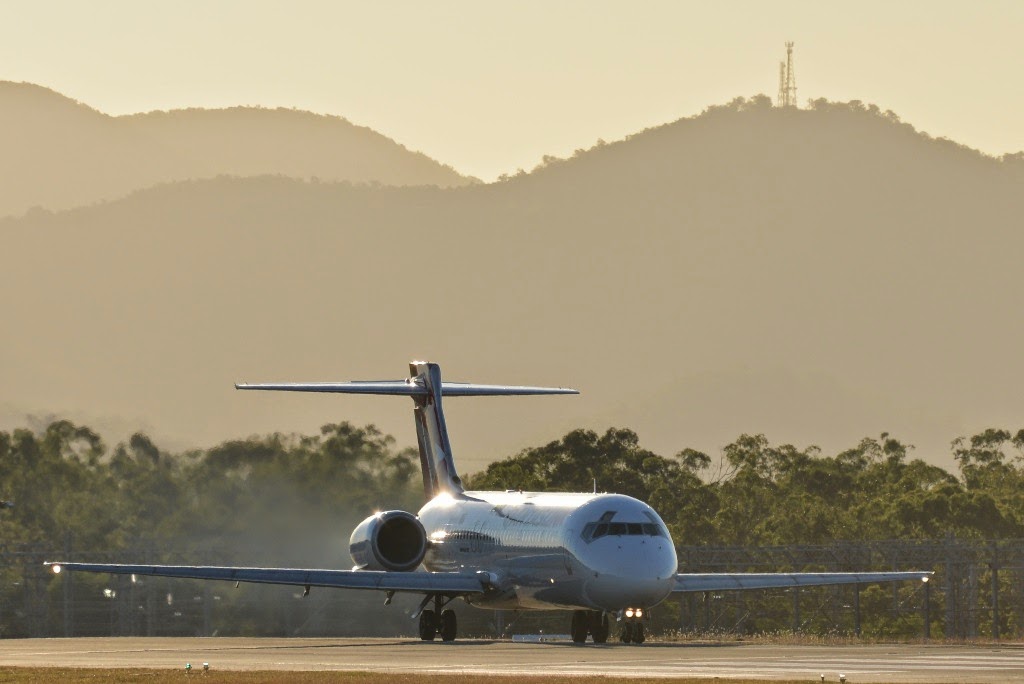 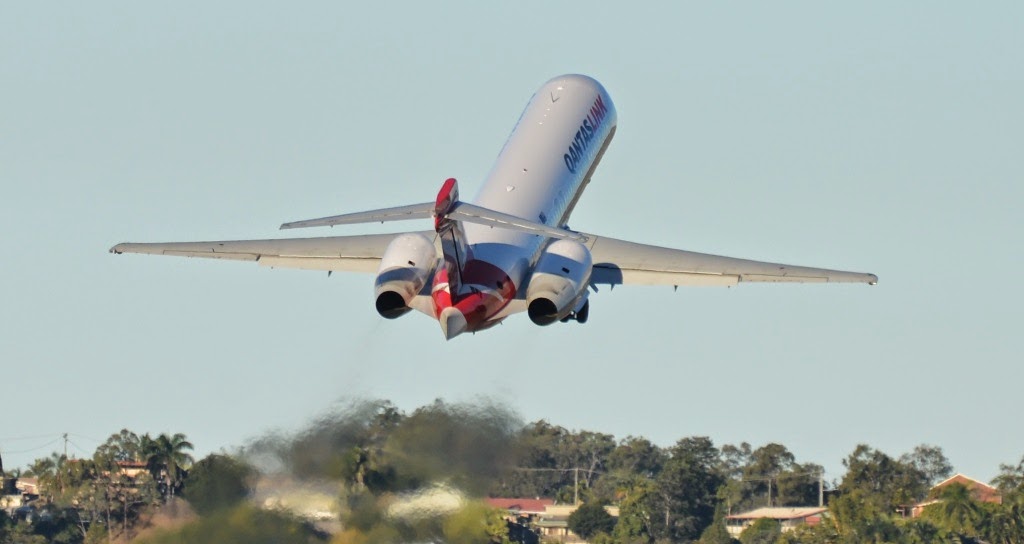 Simply stunning images from Michael - I was really pleased to hear that he made it to Gladstone Airport on Friday in time to see the JetGo departures - and more!

All photos taken by Michael Fleetwood  ©
Posted by Damian F at 7:09 PM