A Few Plane Spotting Photos from Mackay Airport This Week

We ventured to Mackay this past week for some medical appointments - but I also managed to spend a few minutes at Mackay Airport and captured some of many and varied aircraft and helicopters to call in.

On Thursday 10 July, I captured Virgin Australia Embraer E-190 VH-ZPL as it departed Mackay for Brisbane as VOZ610. 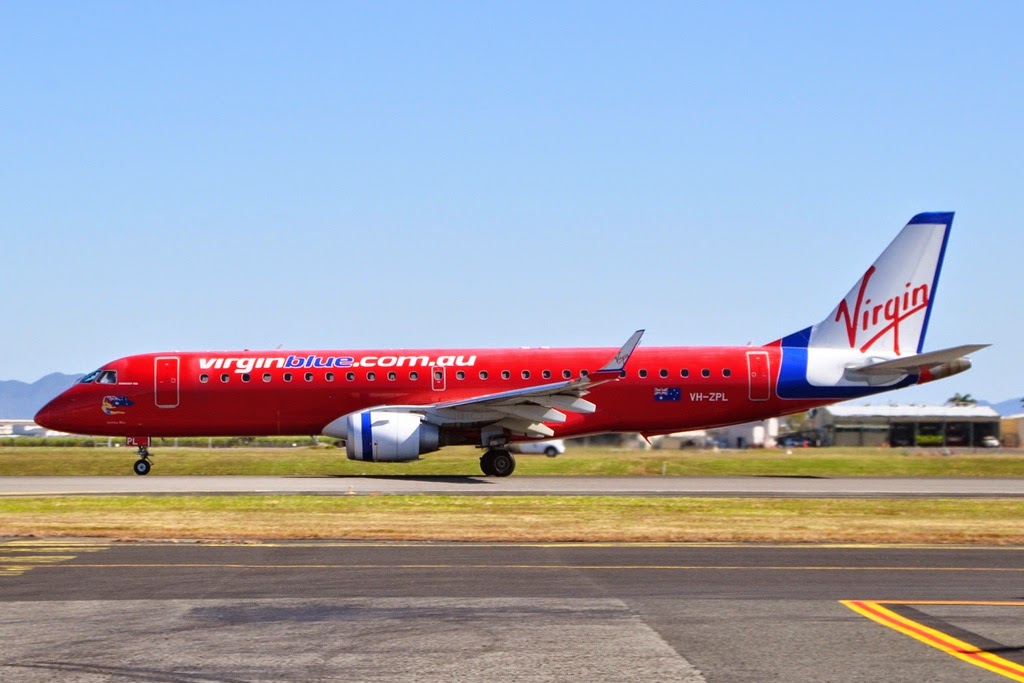 QantasLink (Sunstate Airlines) Dash-8-Q400 Next Gen VH-LQK was also spotted departing Mackay but for Rockhampton as QLK2307 - the afternoon 'milk-run' flight from Cairns to Brisbane via Townsville, Mackay, Rockhampton and Gladstone. 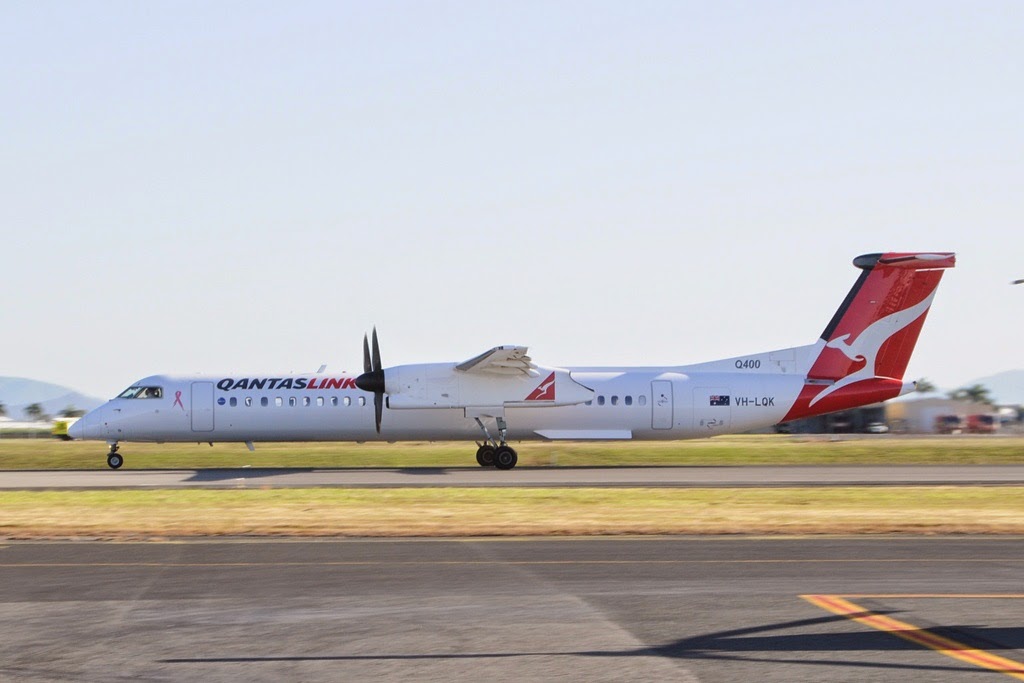 Also departing Mackay for Rockhampton was Australian Helicopters Bell 412EP VH-PXY.  It has been operating between Mackay and Rockhampton - mostly on med-evac flights out of Rockhampton as "Rescue 920". 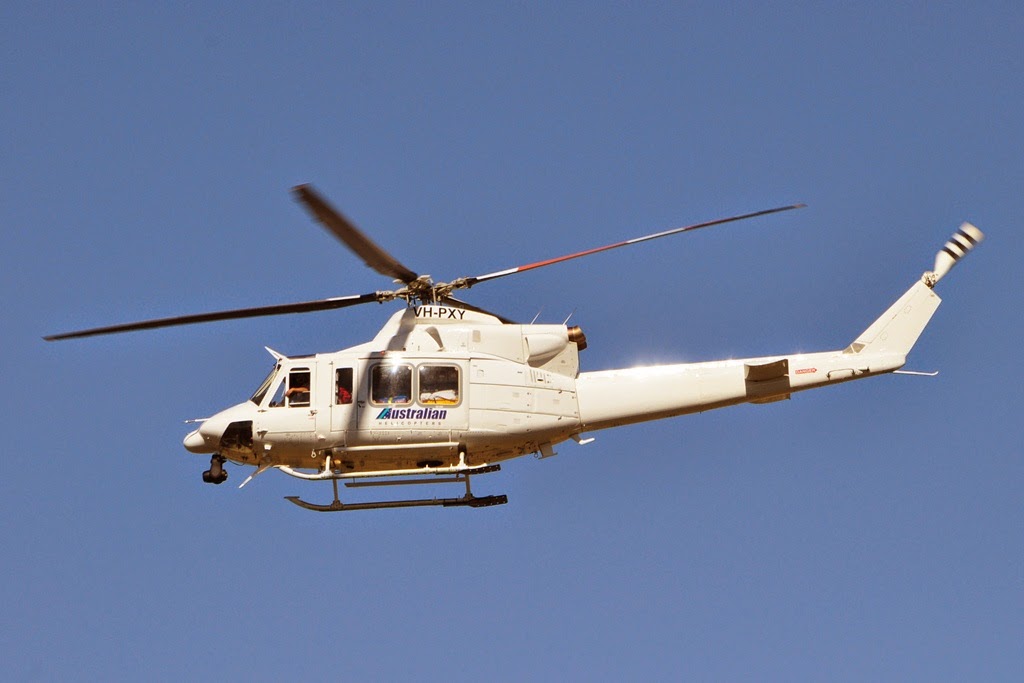 Whitsunday Helicopters Eurocopter AS.350B2 Squirrel helicopters VH-DKA and VH-DBJ were also spotted on their apron on the Eastern side of the Mackay Airport.  Both helicopters operate pilot and worker transfer flights to nearby locations and ships. 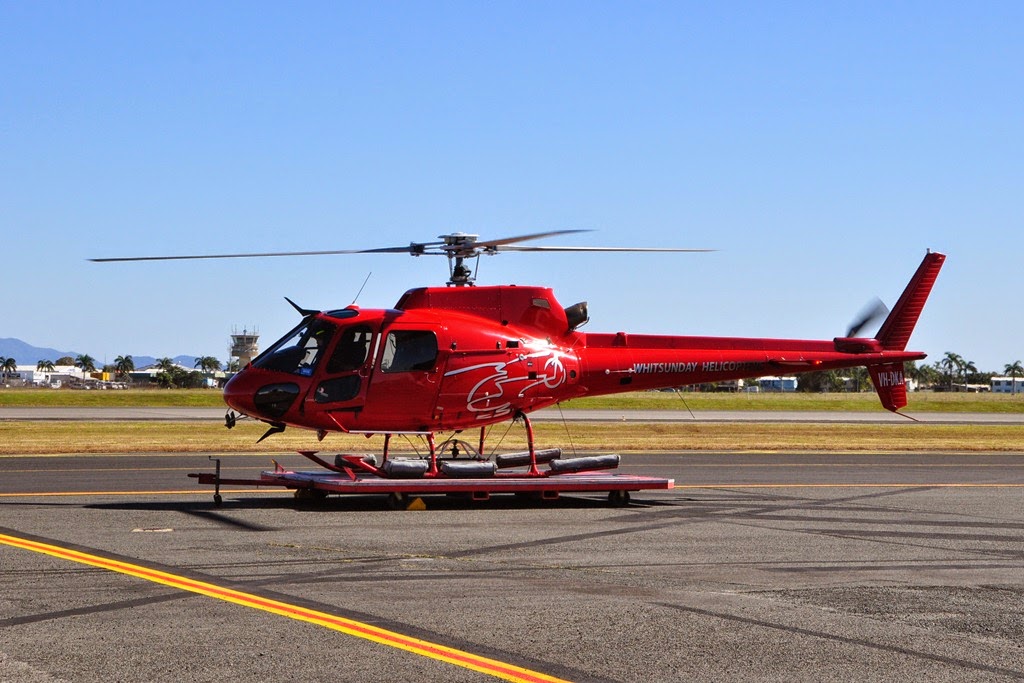 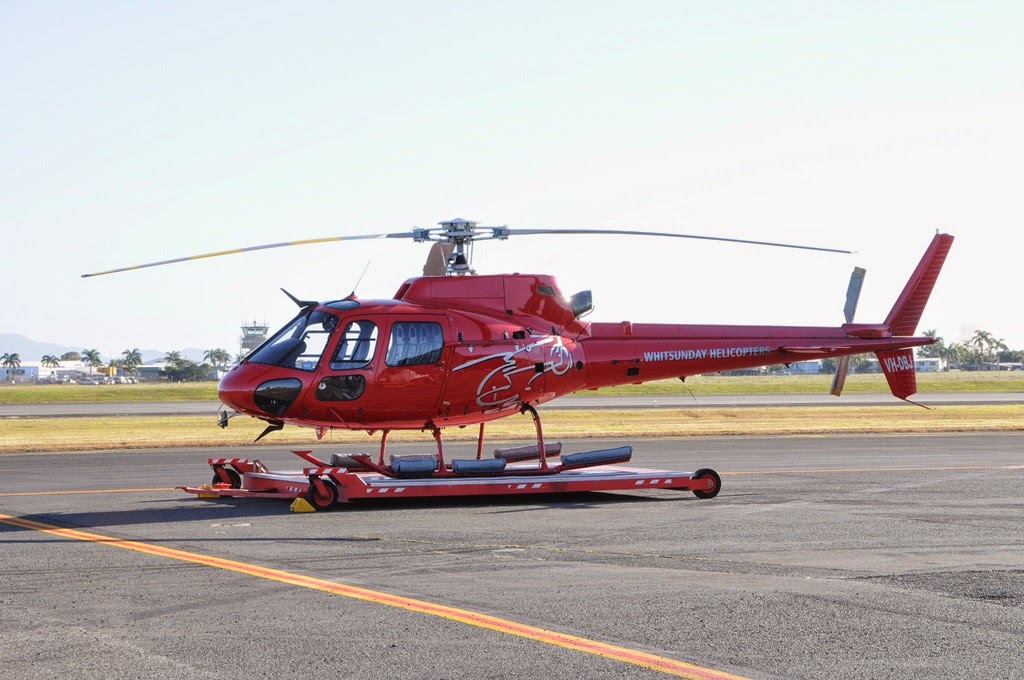 Later on Thursday 10 July, I captured QantasLink (Cobham Aviation) Boeing B717-200 VH-NXH on very short finals to, and touching down on Mackay's Runway 14, after flying up from Brisbane as QJE1768. 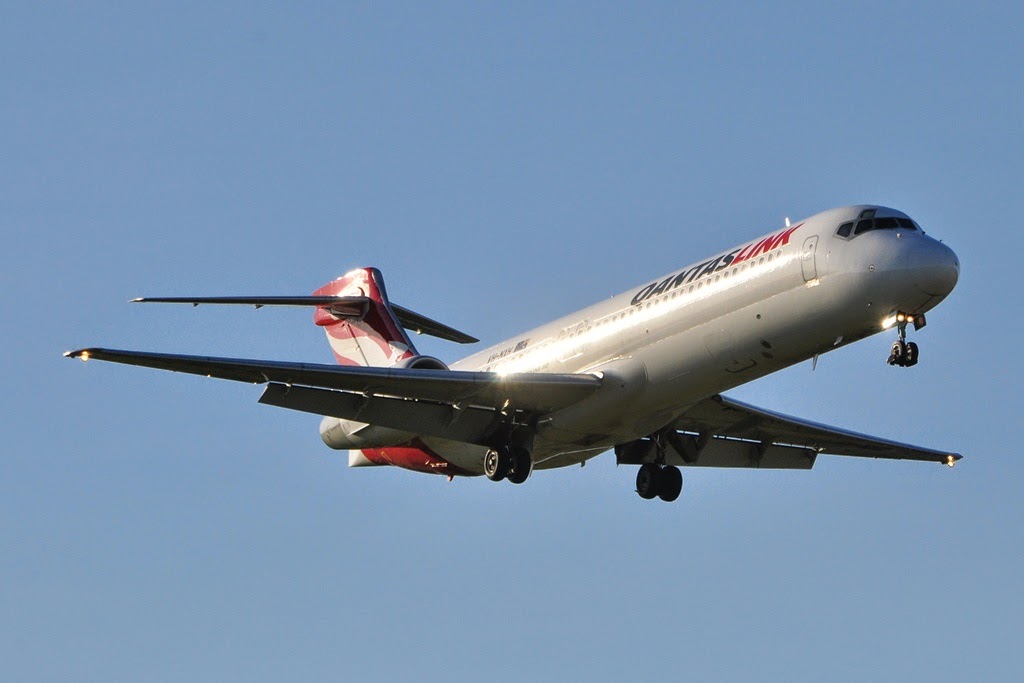 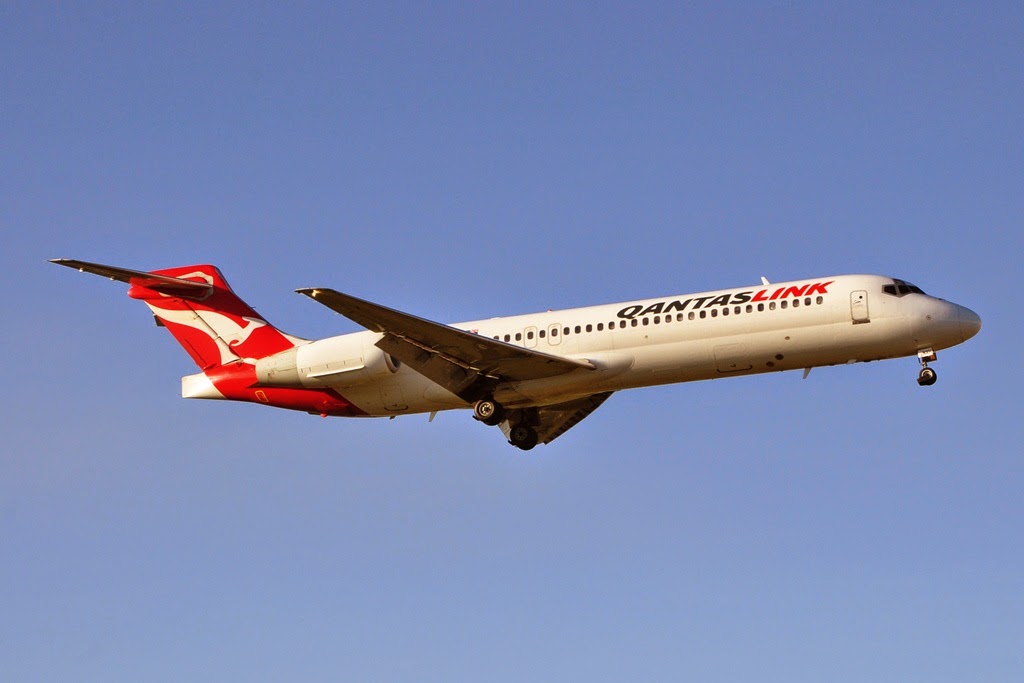 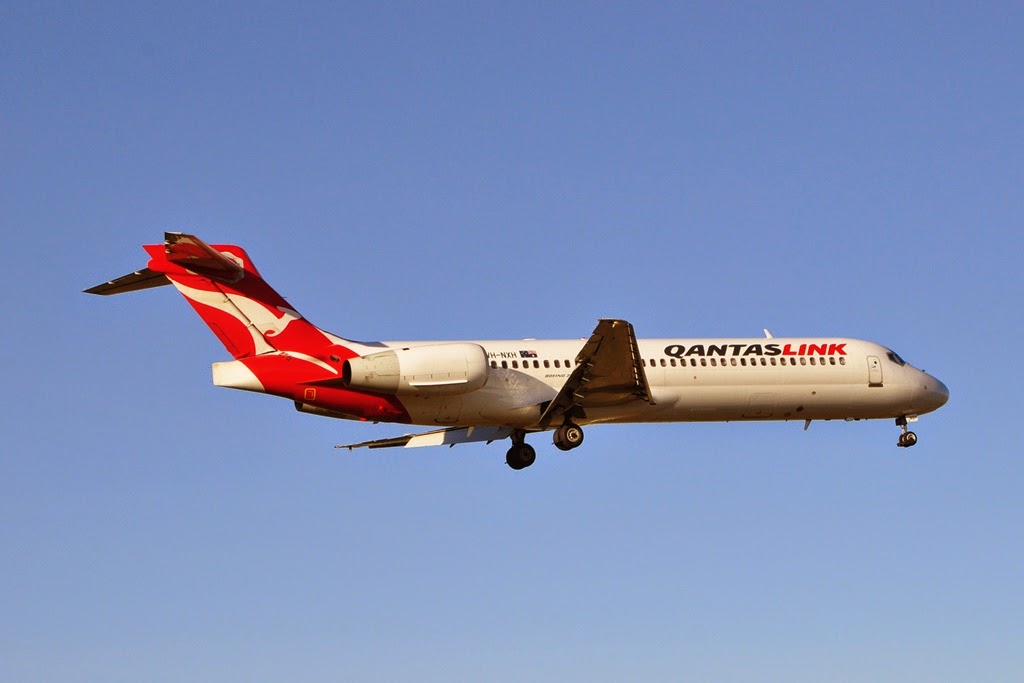 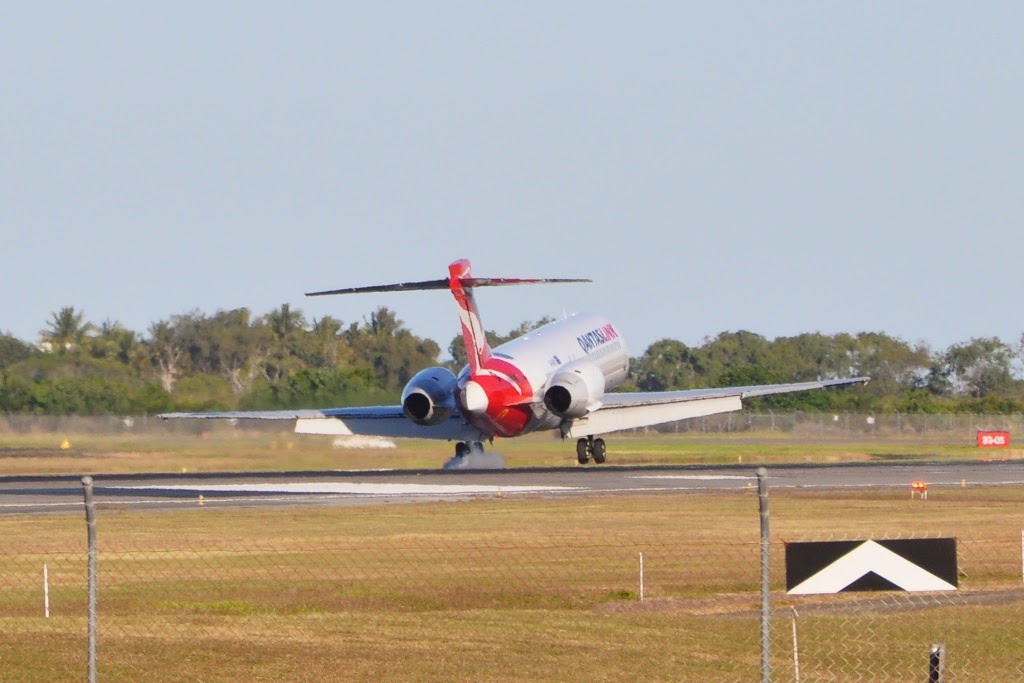 As the B717 taxied to its gate, locally-based Raytheon 390 Premier 1 bizjet N7088S departed Mackay for Brisbane.  It had arrived about an hour earlier from Brisbane. 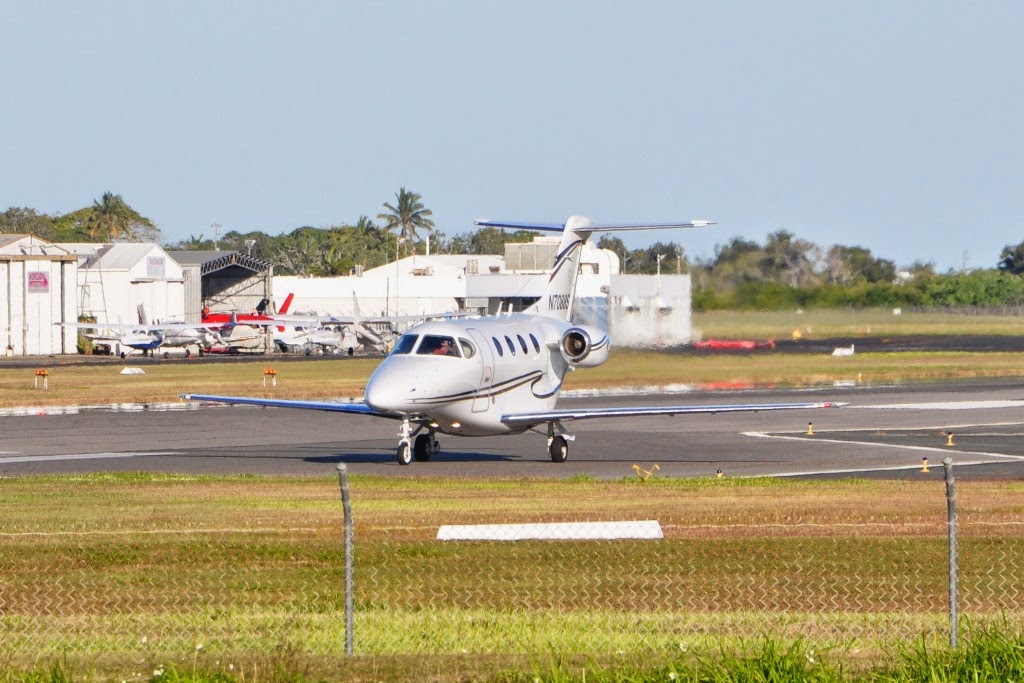 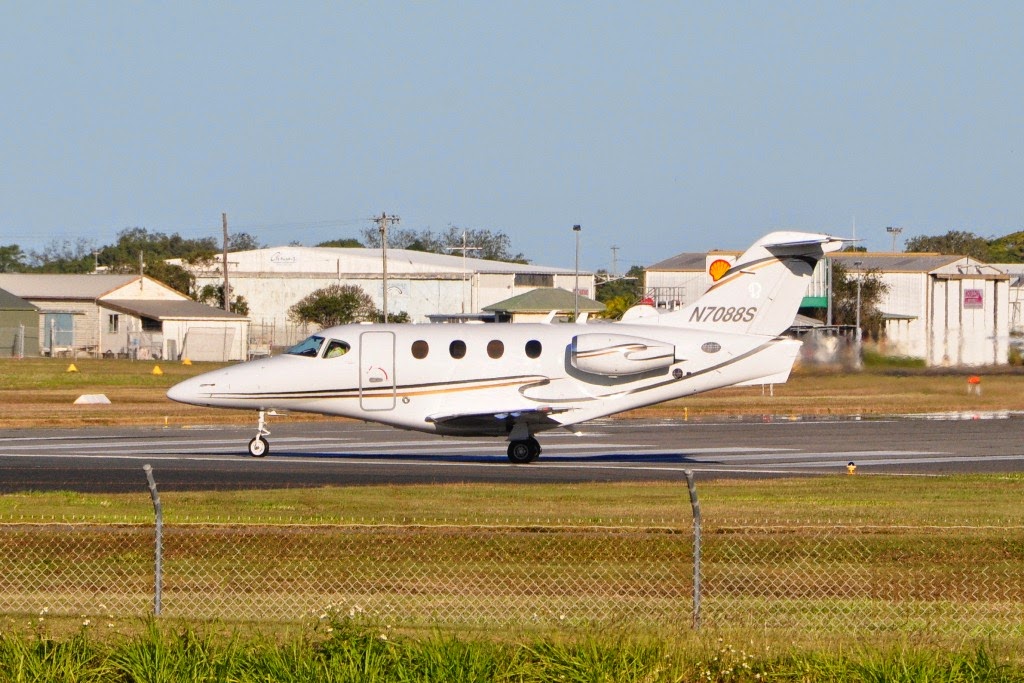 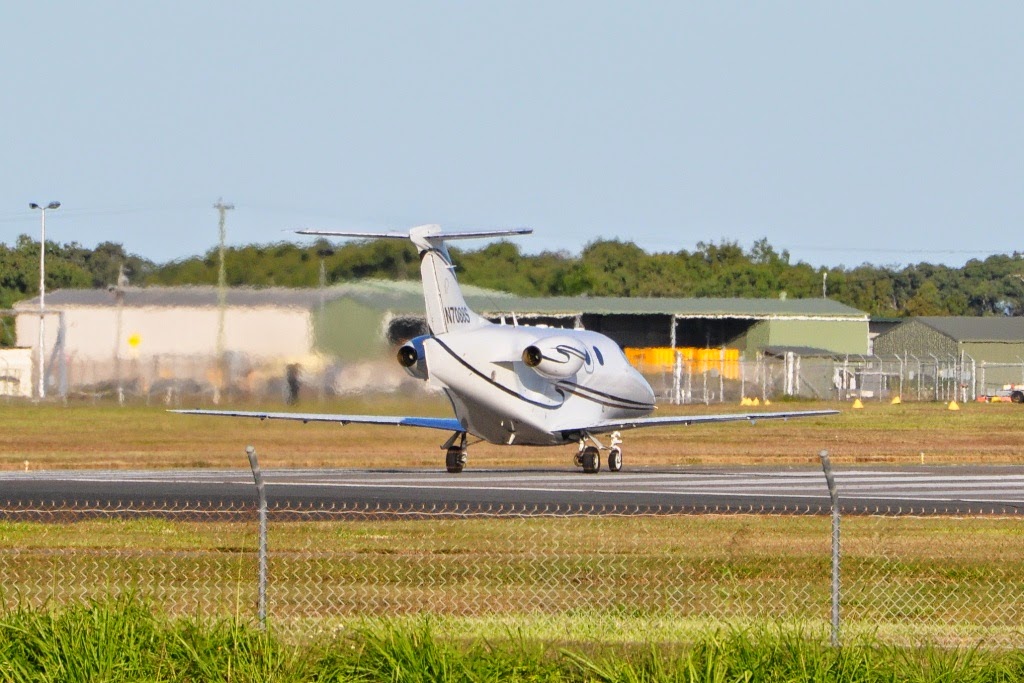 Virgin Australia Boeing B737-800 VH-YFC was also captured late on Thursday as it also arrived from Brisbane but as VOZ613. 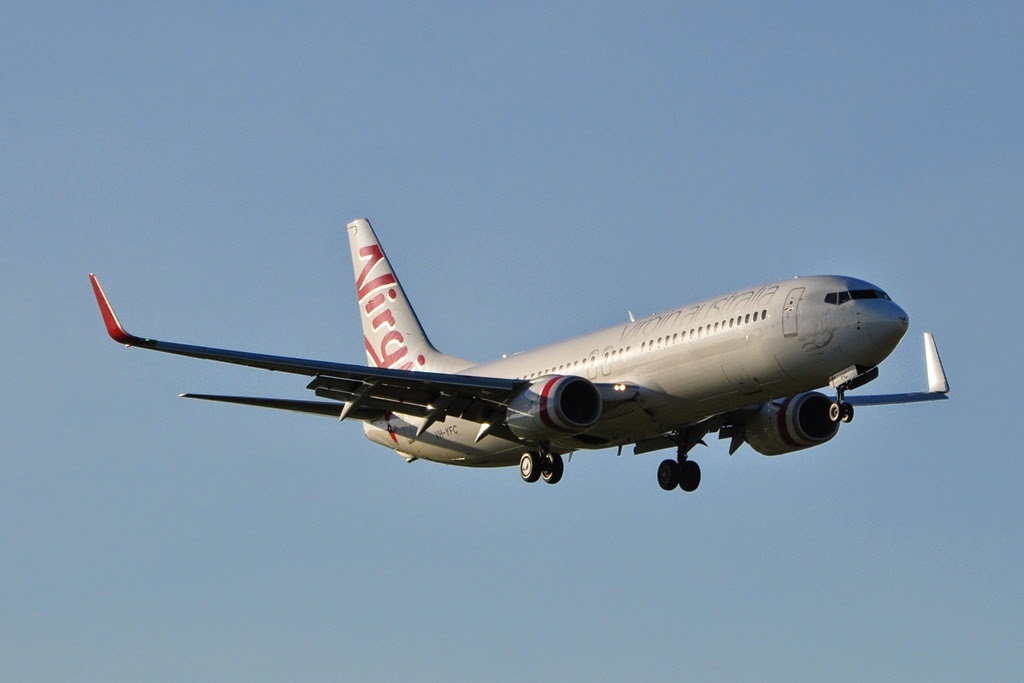 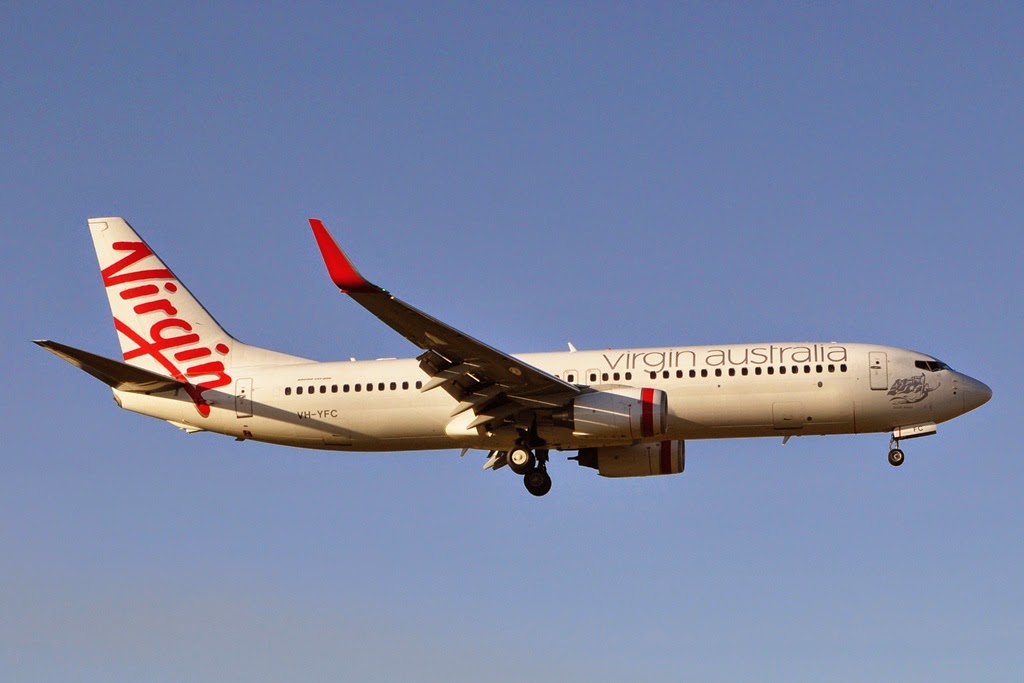 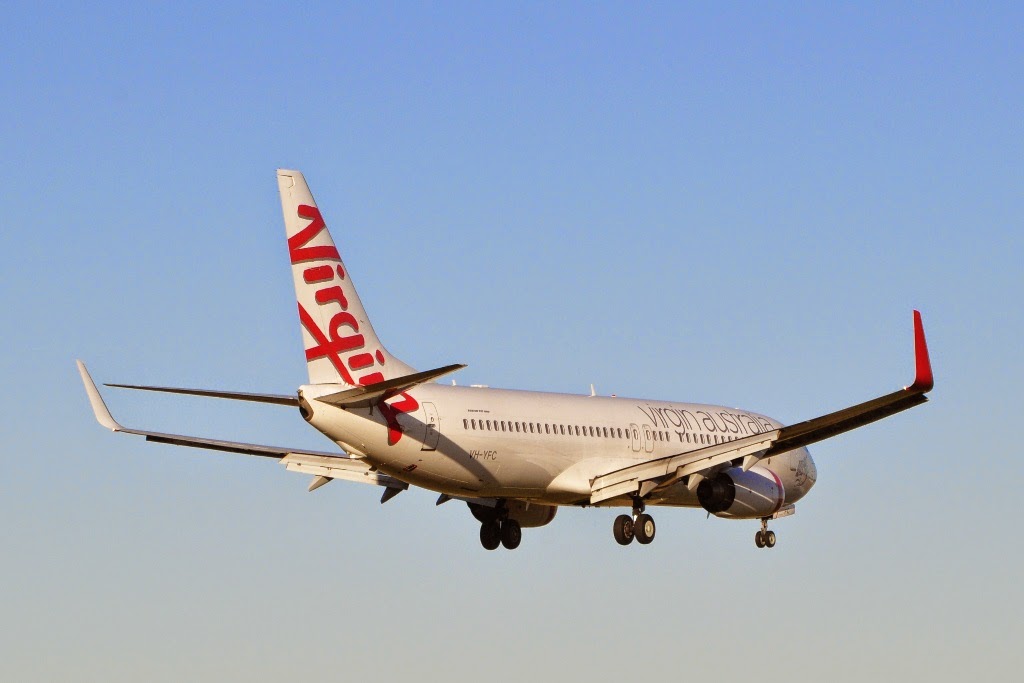 We stayed at one of the many hotels along Nebo Road (Bruce Highway) at Mackay, and we had a perfect vantage point to watch planes as we were right underneath the approach path to runway 14.  I captured Jetstar Airways Airbus A320 VH-VGZ as it passed over the hotel on short finals operating JST888 from Brisbane into Mackay in the evening. 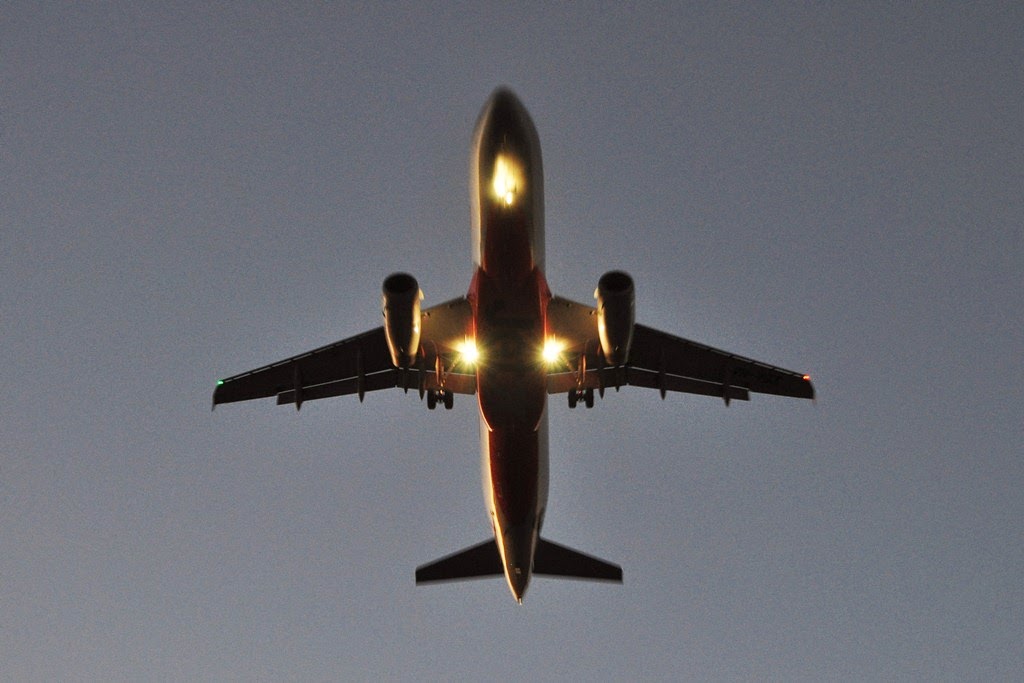 On Friday 11 July we ventured home via Mackay Airport where I captured a couple more locally-based helicopters including Agusta A109E Power VH-KZD, which is currently being operated by Whitsunday Helicopters. 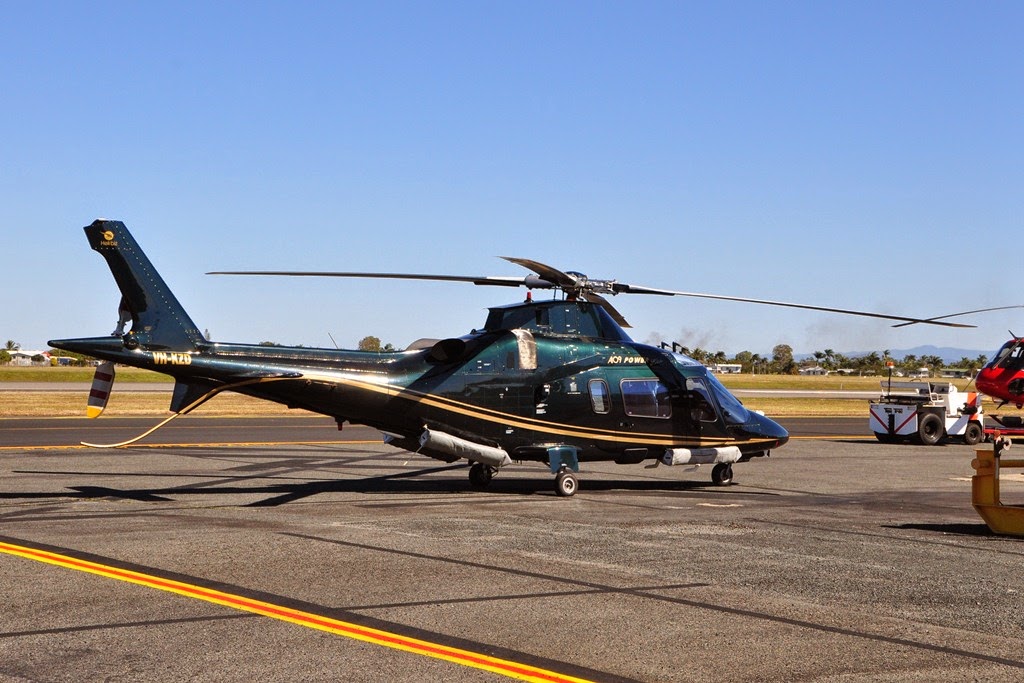 Over on the other side of the General Aviation area, Mackay Helicopters (Aviation Tourism Australia) had their pair of Bell 222 helicopters out resting.  VH-TOR and VH-HBA - VH-HBA wears 'Helicopter Support' titles. 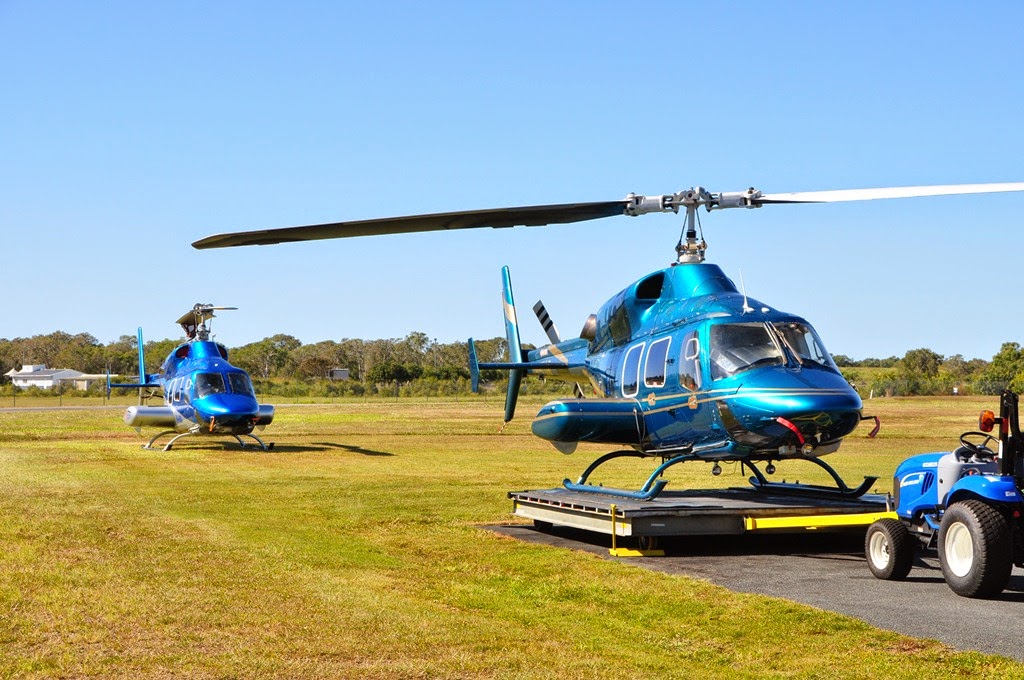 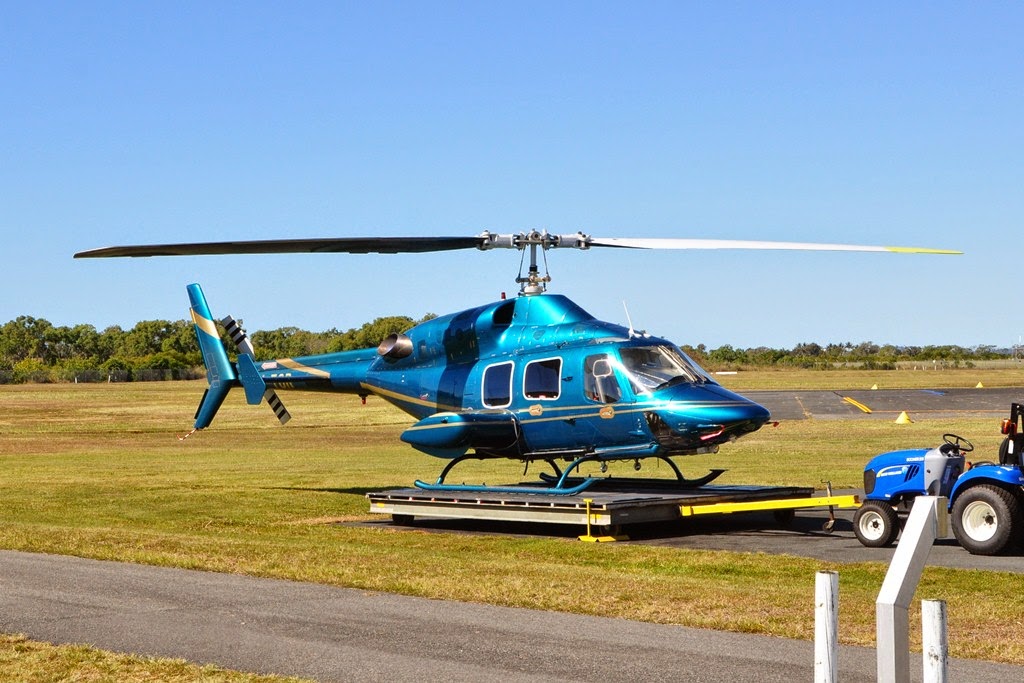 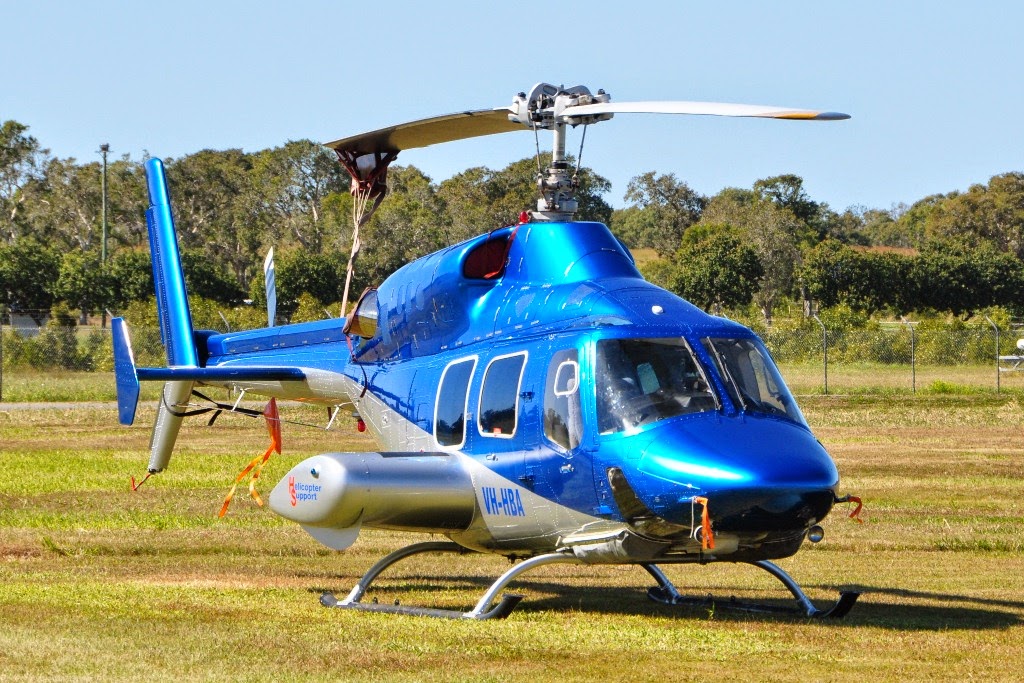 Nearby was their Bell 430 VH-HIA also waiting for its next flight. 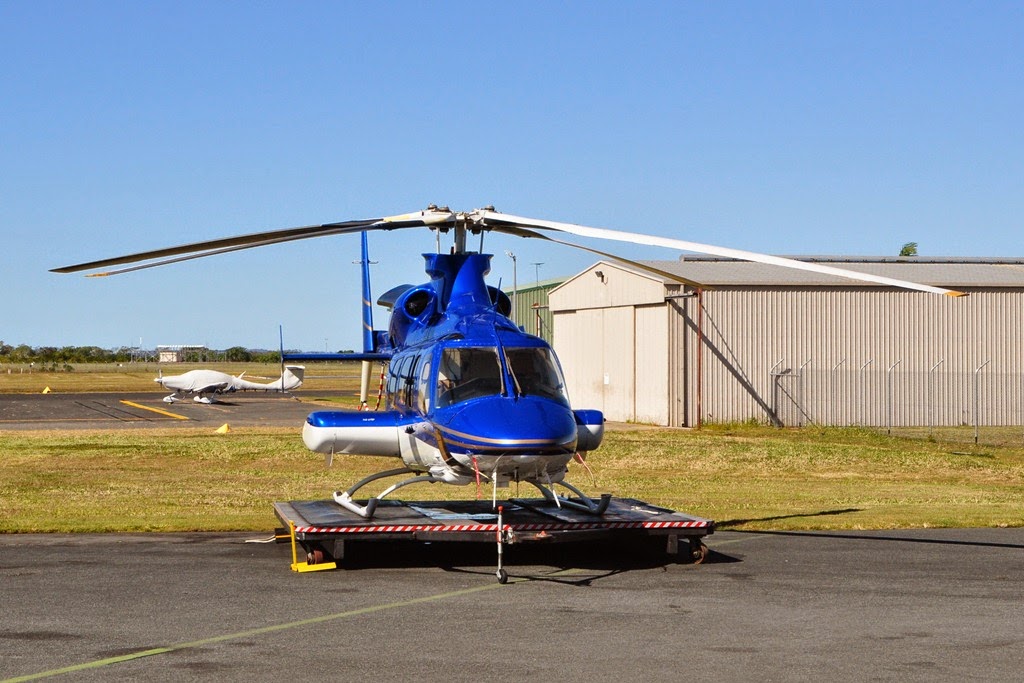 Mackay Helicopters also operates marine pilot and worker transfers from Mackay Airport to destinations such as the Blossom Banks and the White Tip.

Finally, on the commercial front, I captured the arrival into Mackay on Friday 11 July of Tigerair (Tiger Airways) Airbus A320 VH-VNR from Melbourne (Tullamarine) as TGW744. 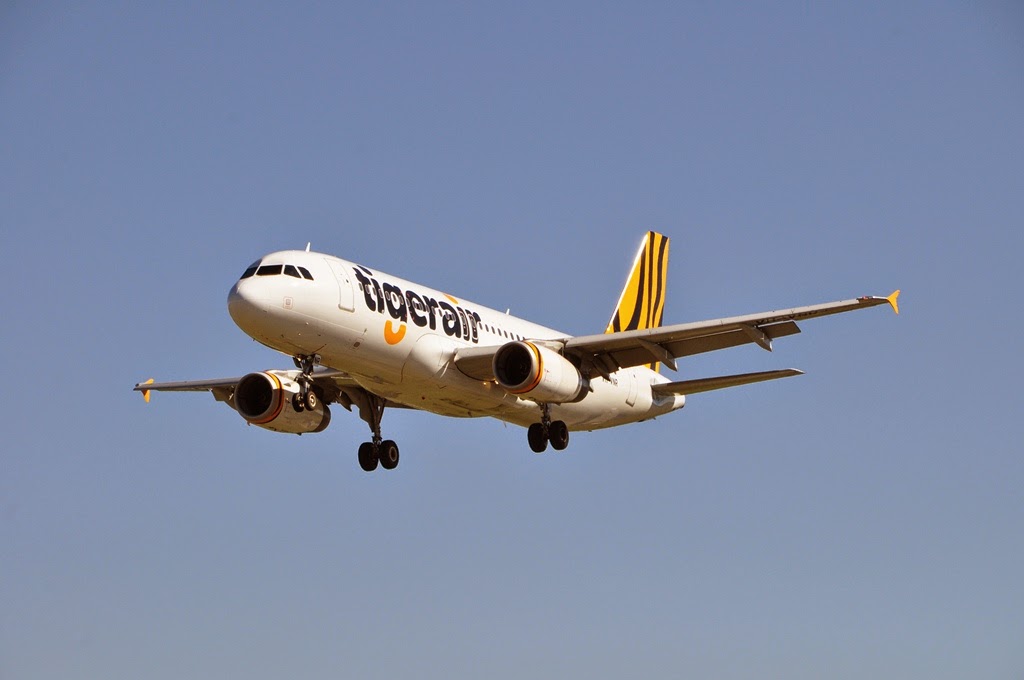 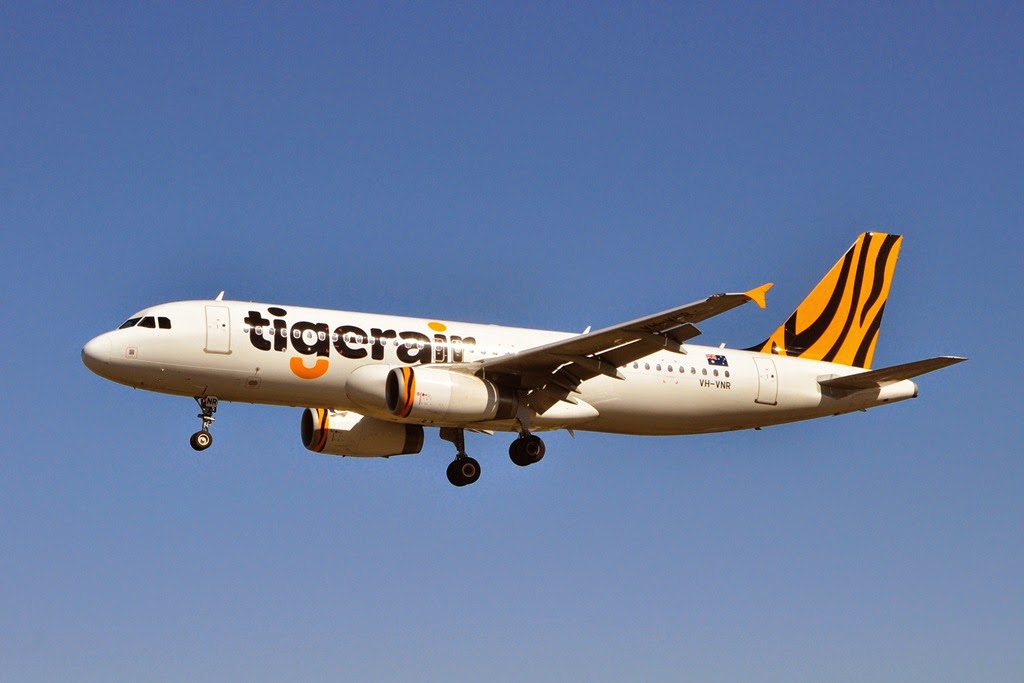 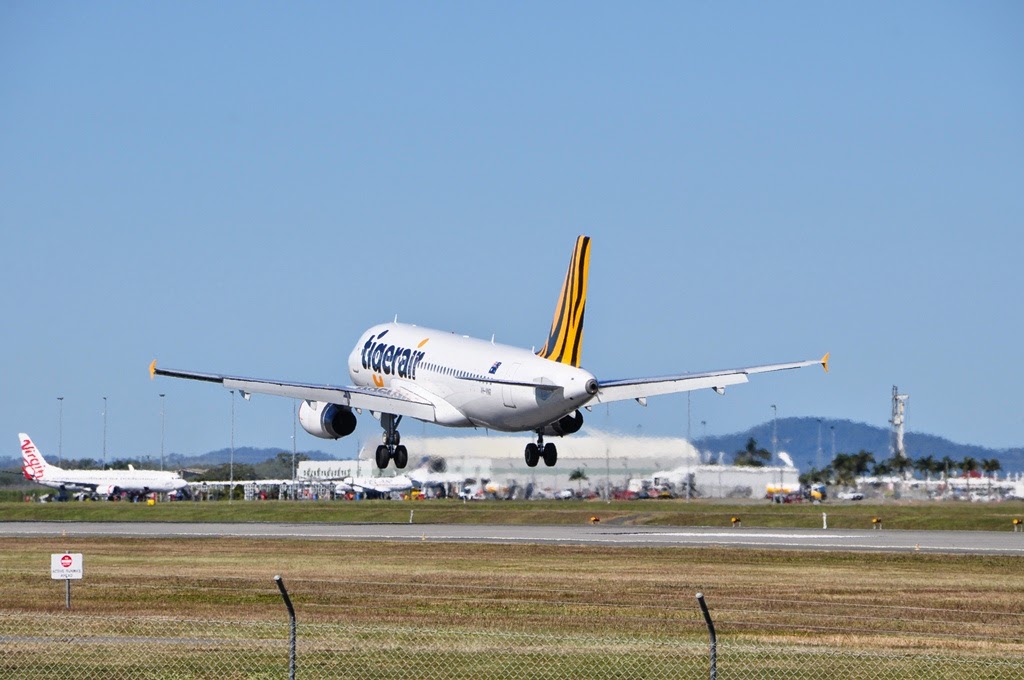 Finally, Virgin Australia Boeing B737-800 VH-YFE was captured as it departed Mackay for Brisbane as VOZ608. 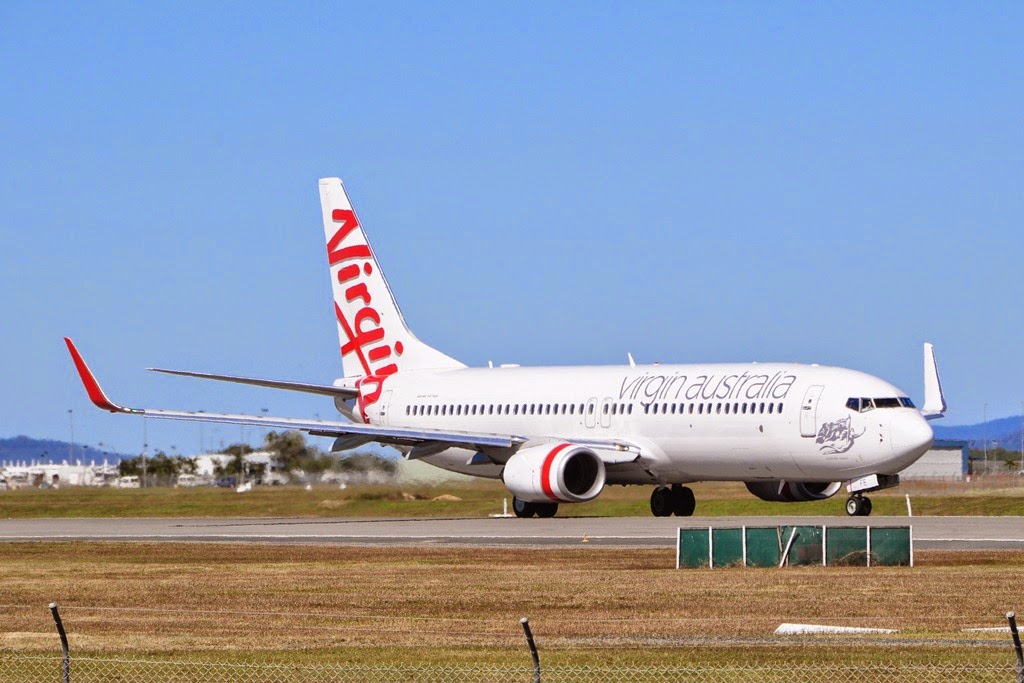 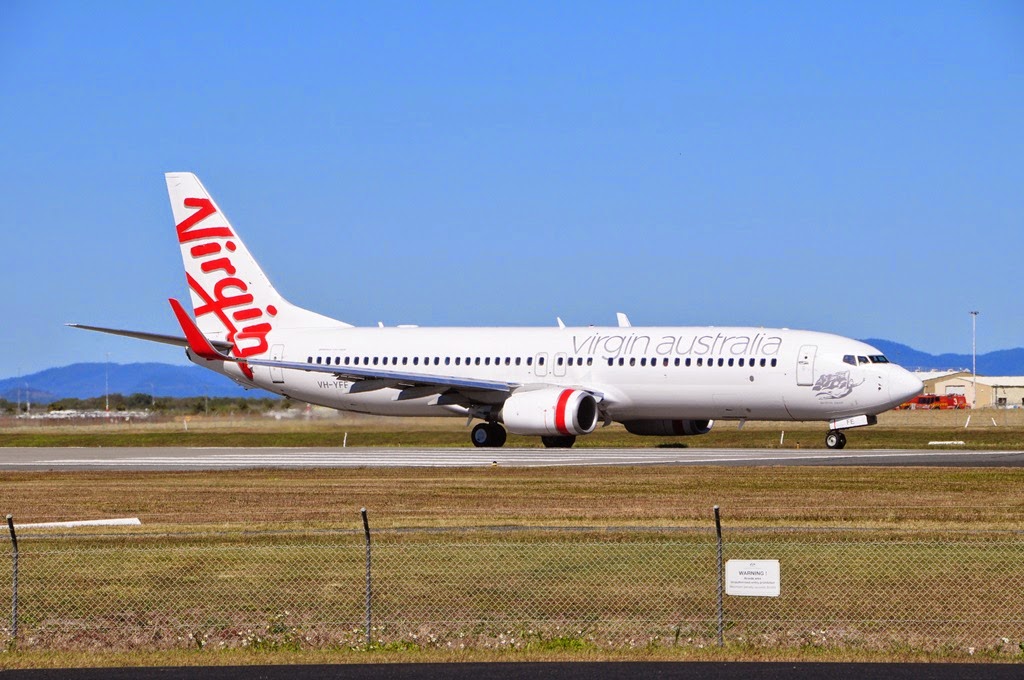 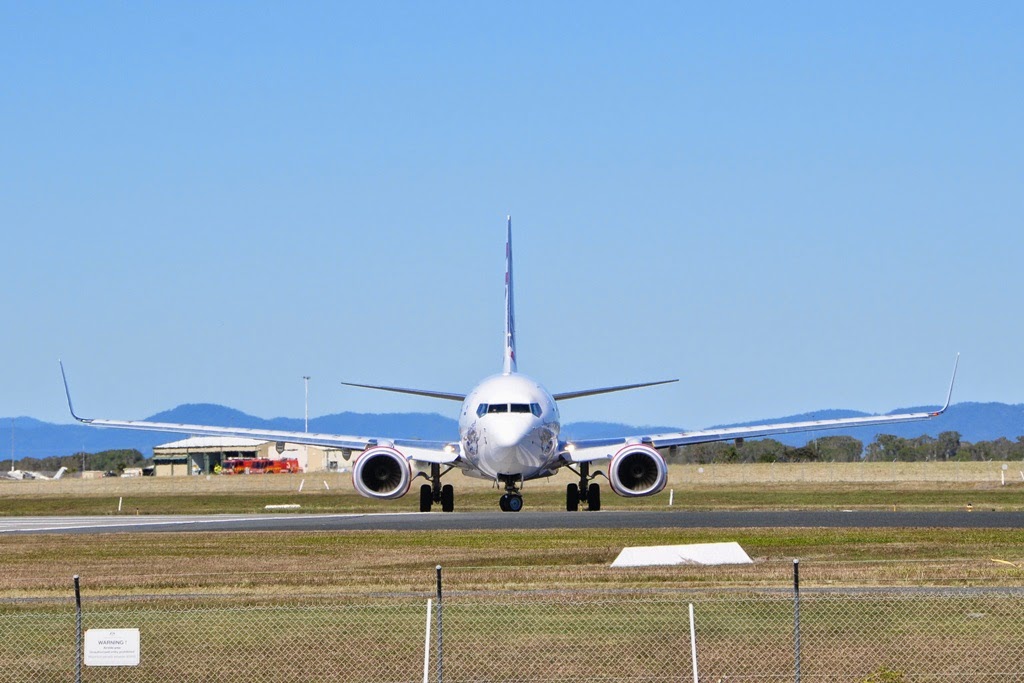 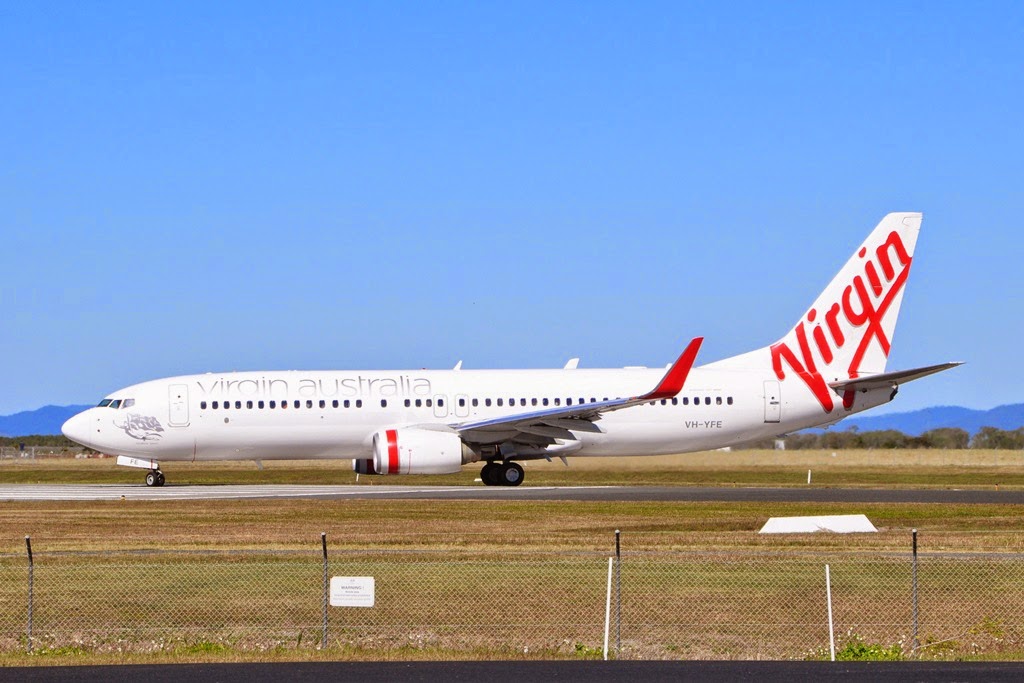 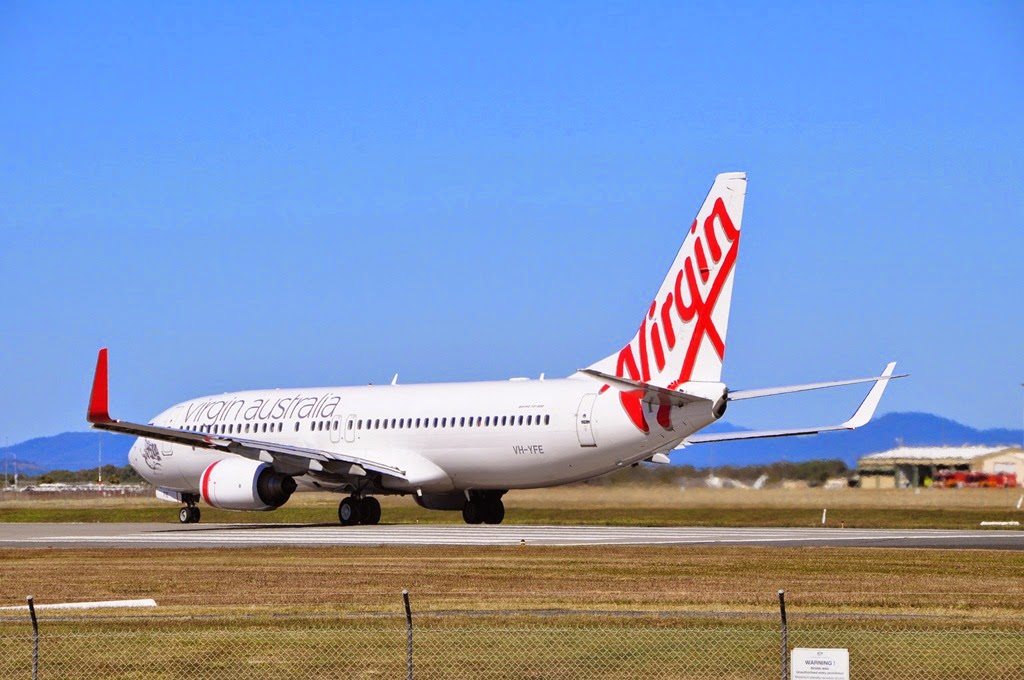 It is also worth mentioning that in the wee small hours of Saturday 12 July, Royal Flying Doctor Service (RFDS) Pilatus PC-12/45 VH-NQB ("FlyDoc 428") made a brief visit into Mackay from its Mount Isa base.

A thoroughly enjoyable couple of days!
Posted by Damian F at 2:08 PM