While I was on holidays - I'm a teacher! - I was able to pop into my local airport - Clermont Aerodrome - and on a couple of occasions, I managed to capture a few images of some interesting and varied visitors!

On Thursday 10 July I spotted Corporate Air / Vee H Aviation Cessna 441 VH-VED parked at the airport.  I believe it arrived the previous day. 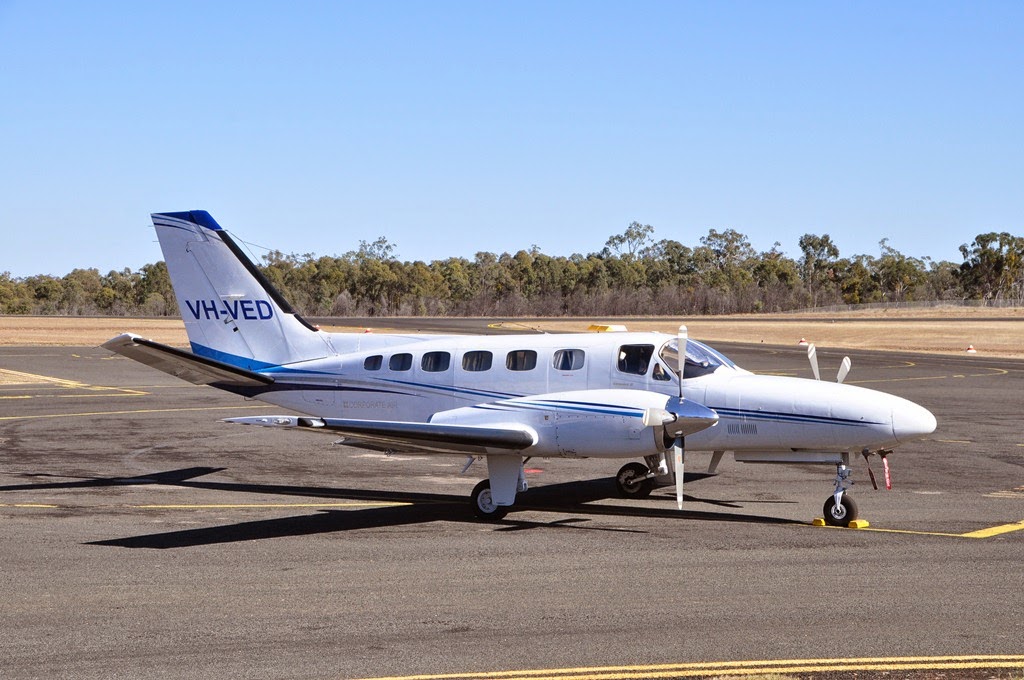 I also captured a photo of locally-owned Cessna 172 VH-JVQ.  The Skyhawk moved to Clermont in mid-2013 after being based at the Balina-Byron Gateway Airport with Aussie Air Charter and Training, of which is still wears the titles and colours. 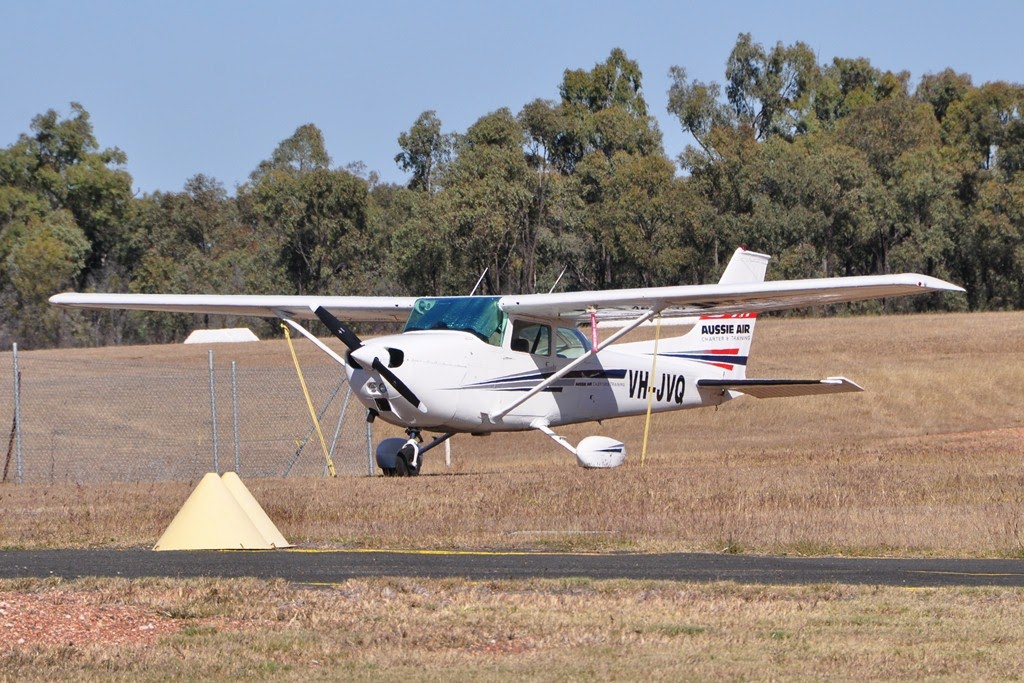 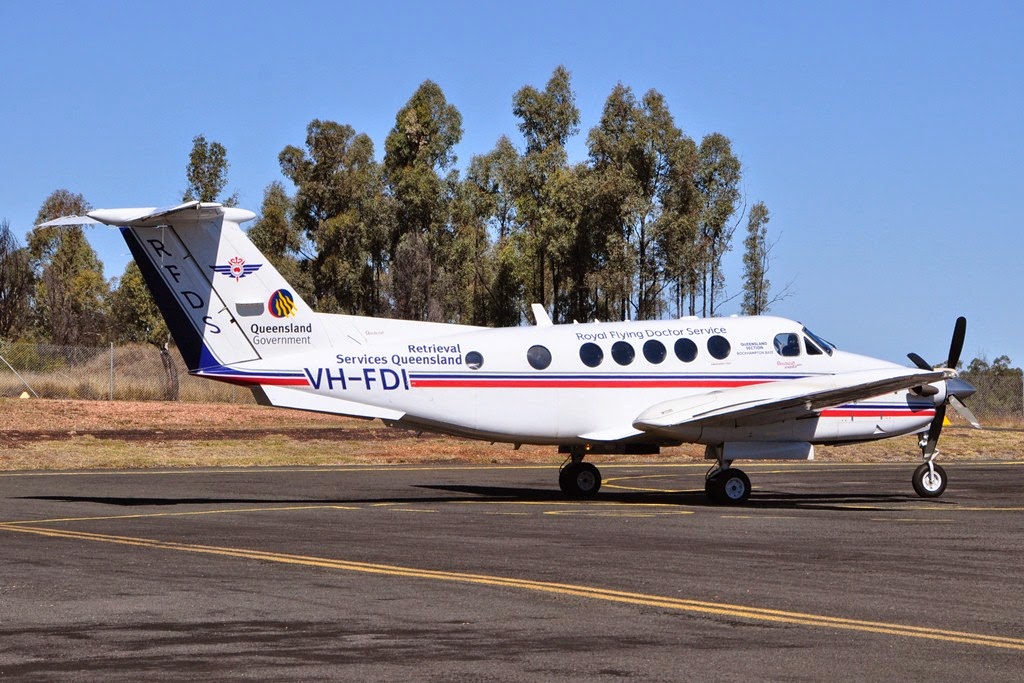 As it departed for Mackay, Sunshine Coast-based Cessna 206 VH-NVC also touched down in Clermont. 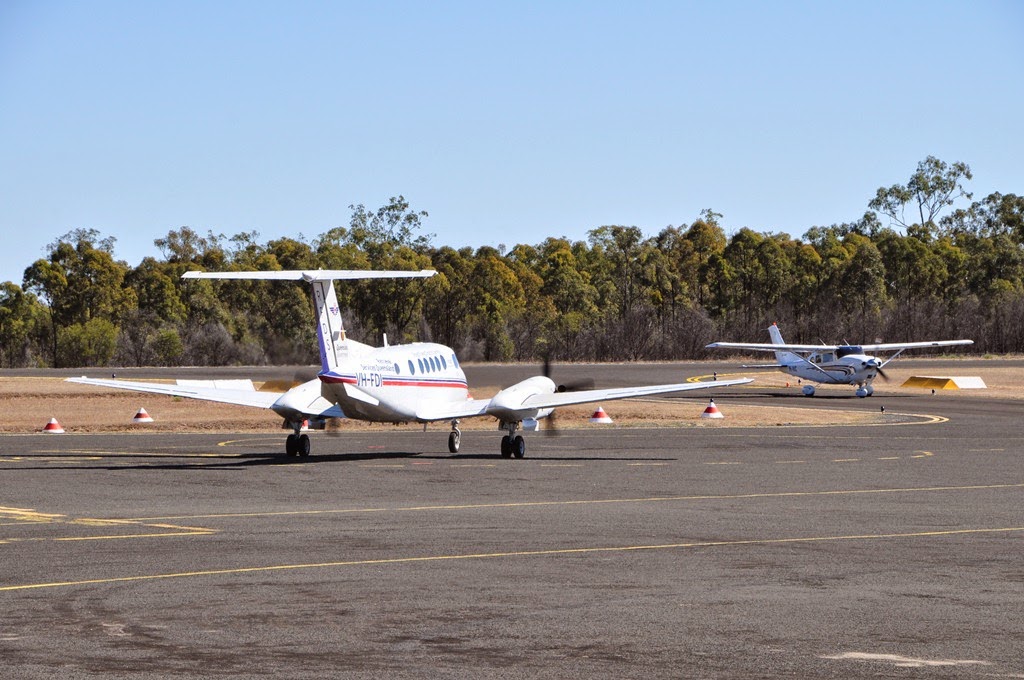 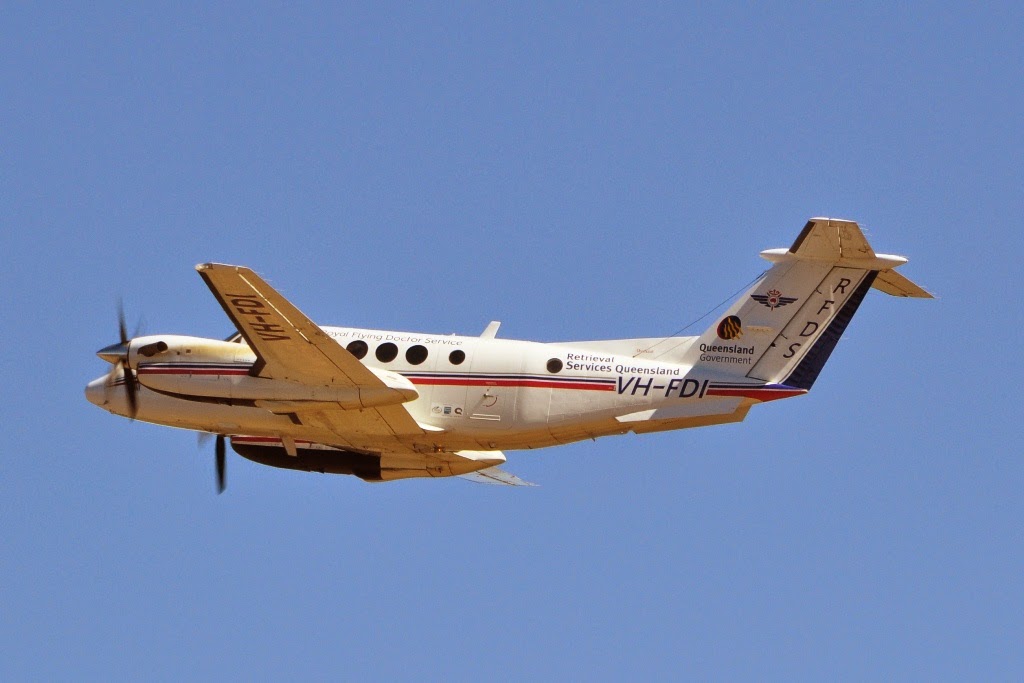 After dropping a passenger the off, the Queensland Regional Connect aircraft departed for Emerald, and later, back to the Sunshine Coast. 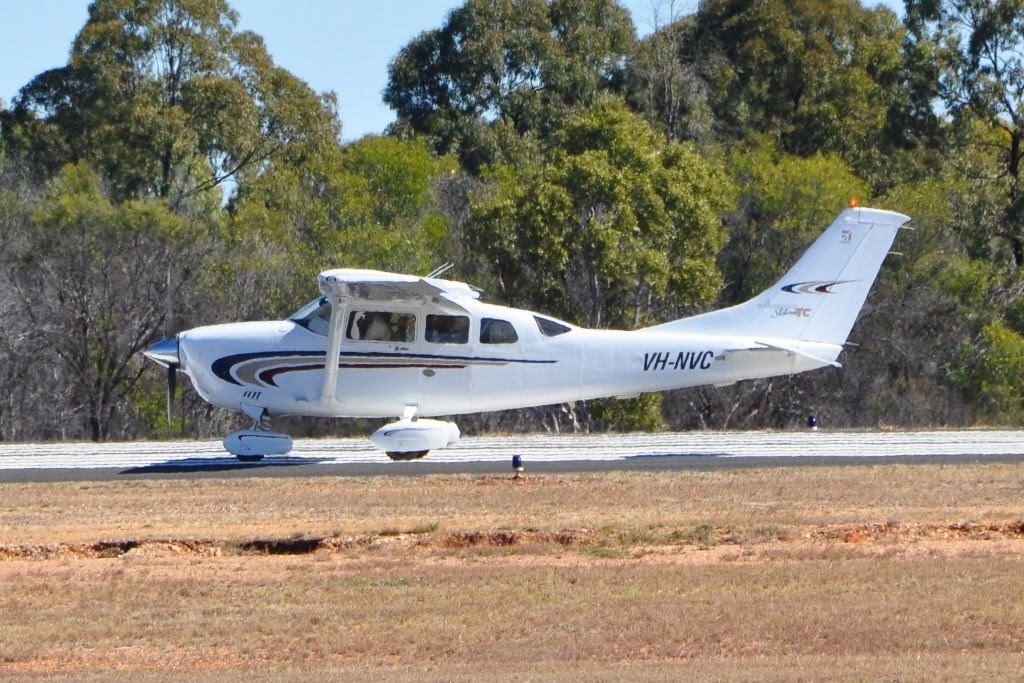 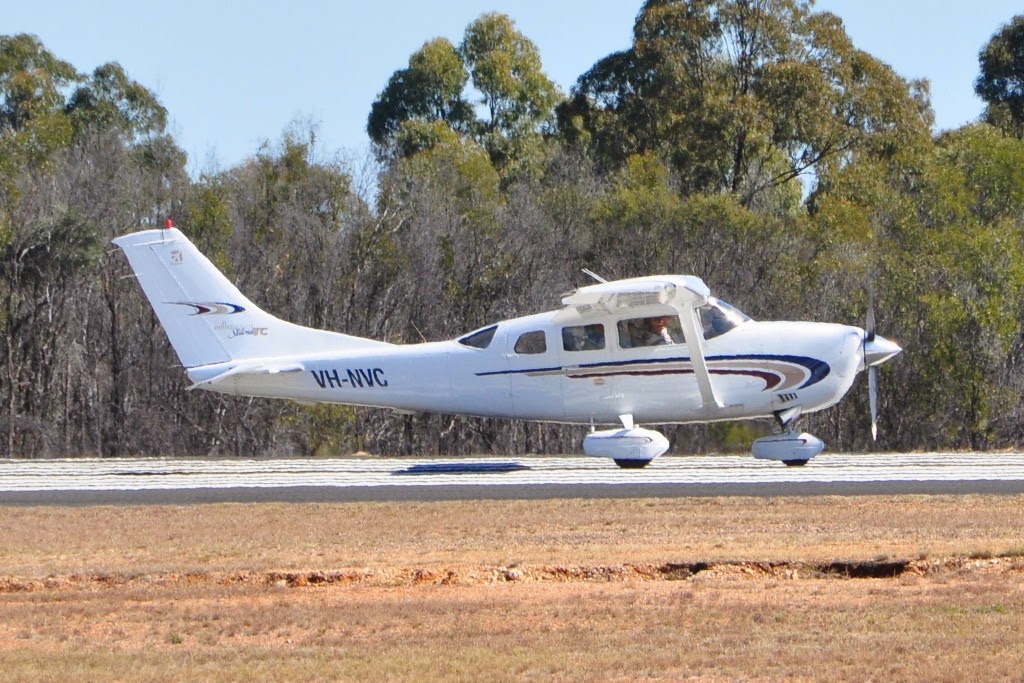 Finally, I captured a couple of photos of the typical scene each Tuesday and Friday morning as two Skytrans airlines Dash-8-300s come to Clermont from Brisbane on Fly-in Fly-out (FIFO) charter flights. 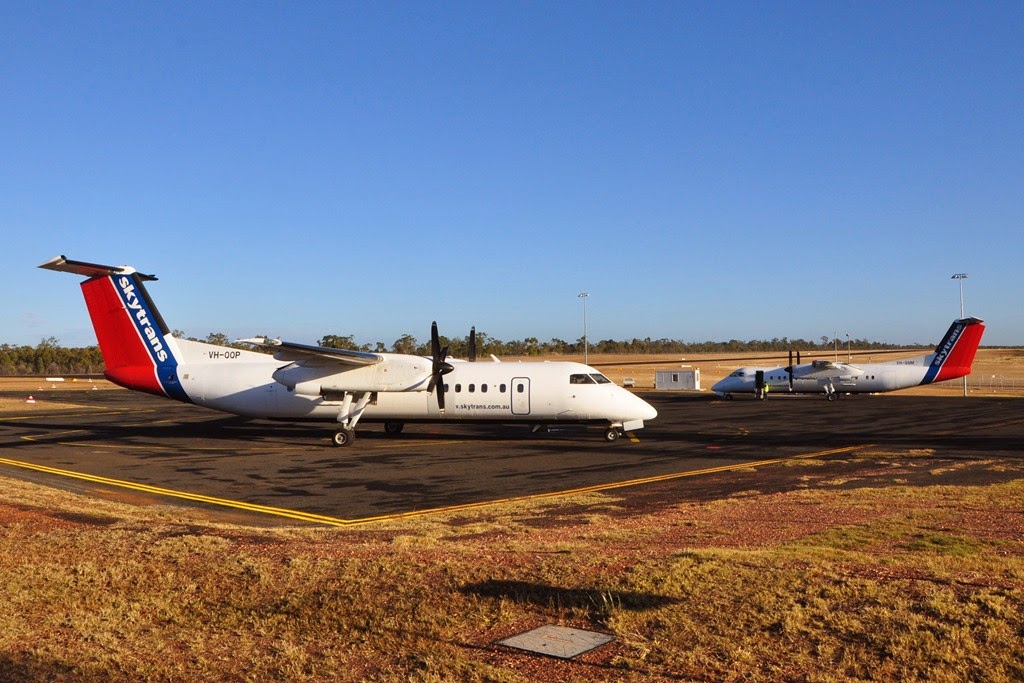 On Tuesday 15 July, VH-QQP and VH-QQM were photographed preparing for departure back to Brisbane after arriving the previous evening. 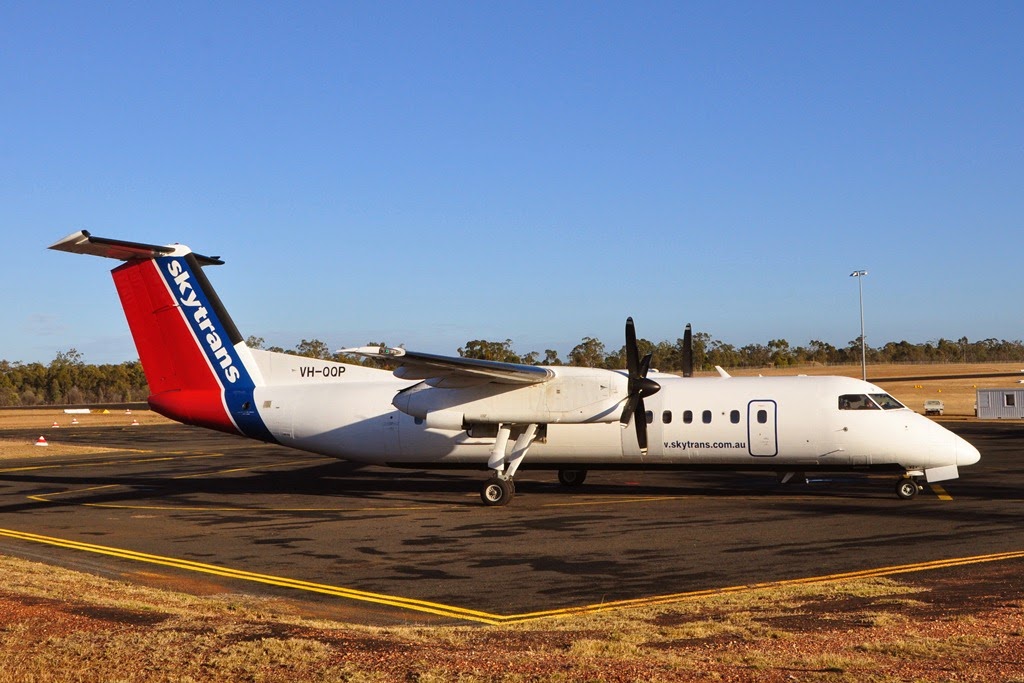 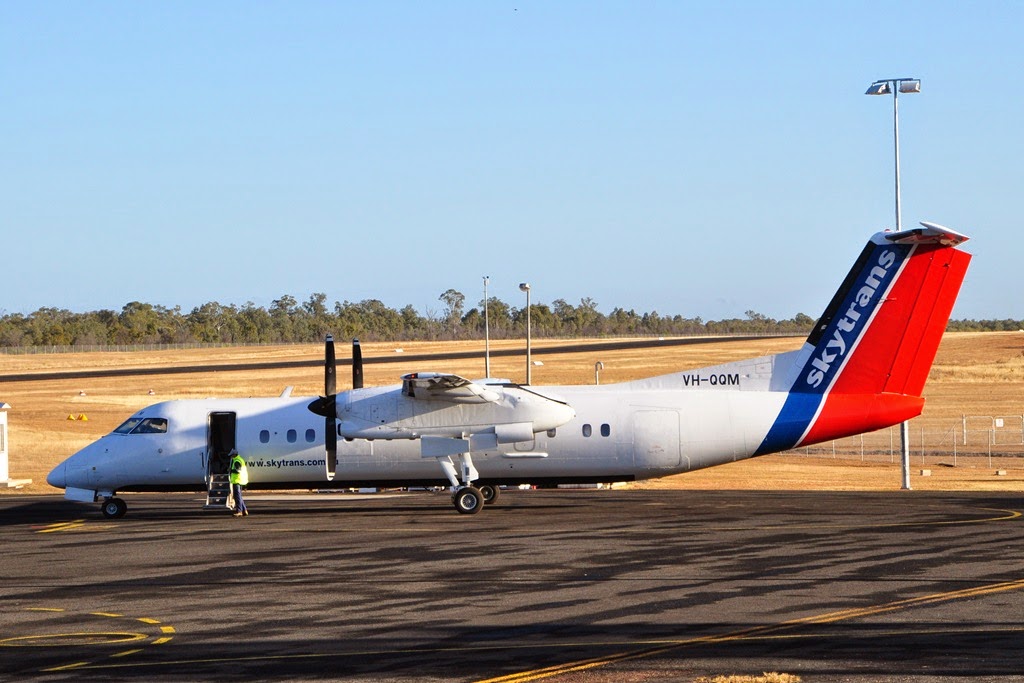 Also, I missed another visitor on Tuesday in the form of Nitro Aviation (Nitro Drilling) Raytheon B300 Super King Air VH-NDT which arrived from Bundaberg and the Sunshine Coast, and later departed back to the Sunshine Coast.

Anyone interested in spotting at Clermont will find no barbed-wire, just a 6-foot high fence which is easy to take photos over by using a small step-ladder or milk crate!  The small terminal building has been reportedly going to be upgraded for some time, however with the down-turn in the resource industry meaning few flights coming through Clermont, it appears that this upgrade has been indefinitely delayed. 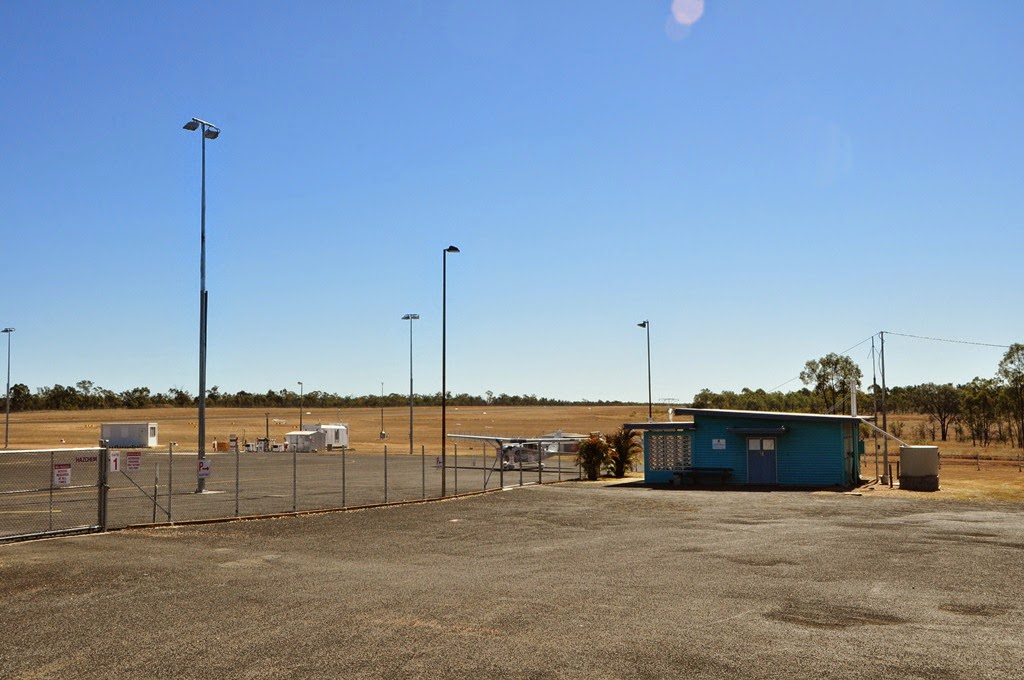 Great to see some planes at my local!
Posted by Damian F at 7:24 AM