An around-the-world solo pilot has called into Hamilton Island this week during his epic journey which started in 2012.  Former Swiss airline pilot Heinz Peier, 65, has been flying around the world almost non-stop since February 2012 in his bright red Swearingen SX-300 (Johns SA29) registered N54JX. 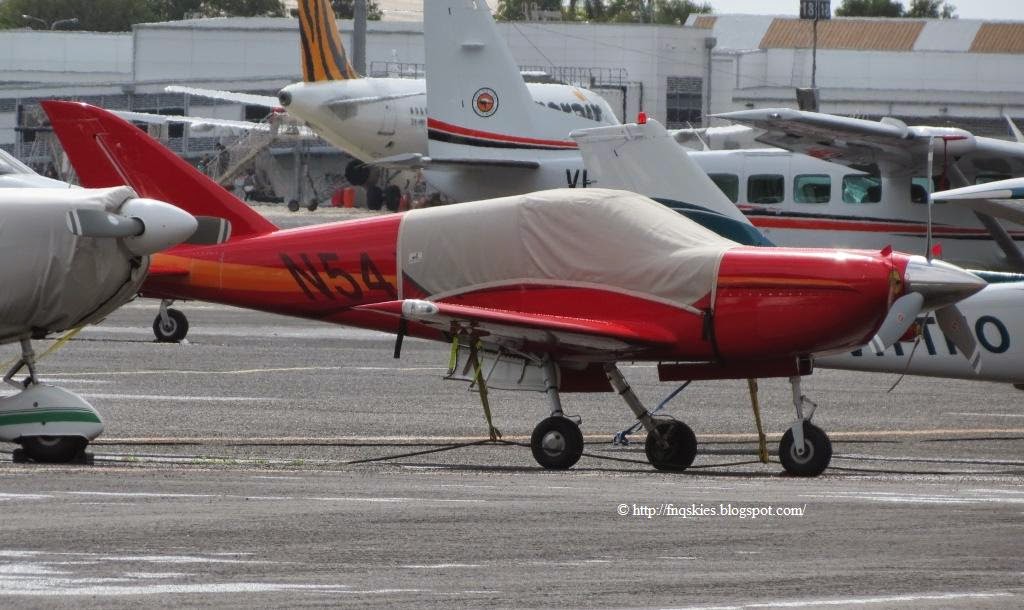 After some research, I found Heinz Peier's well kept and spectacular online Blog which is titled "Around the World with Wings and Wheels" (http://blog.travelpod.com/travel-blog/hpeier12/1/tpod.html) featuring his thoughts and spectacular photos as Heinz flys and cycles all over the world.  Here is a small selection of images as N54JX arrived in the Whitsundays on Monday 21 July from Archerfield. 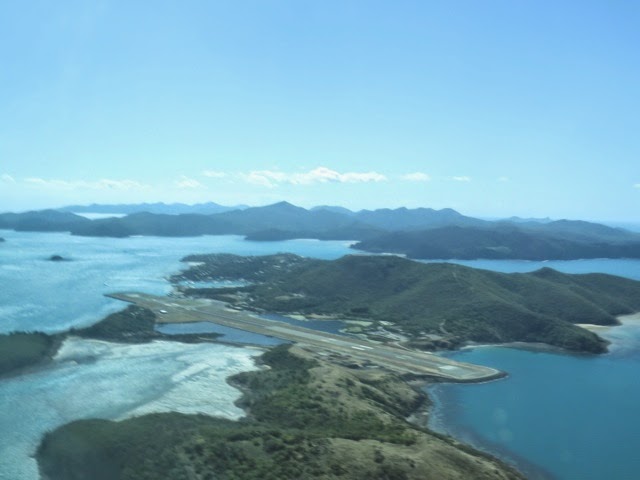 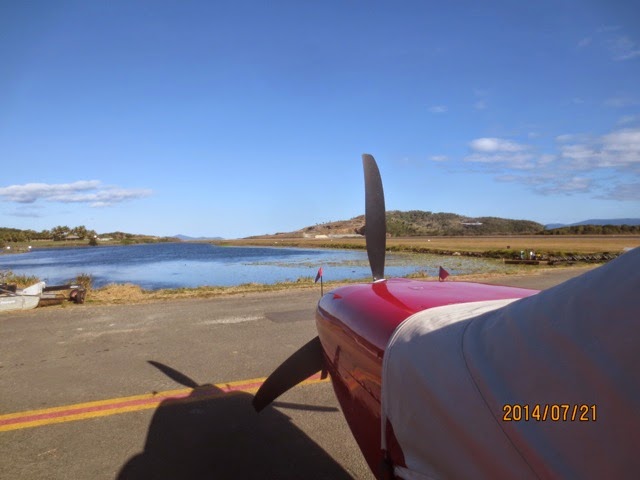 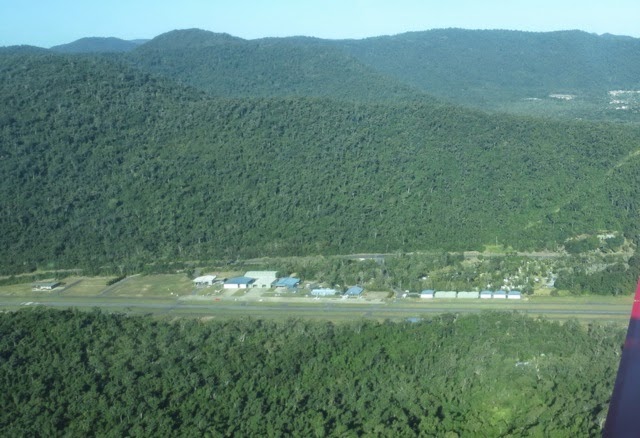 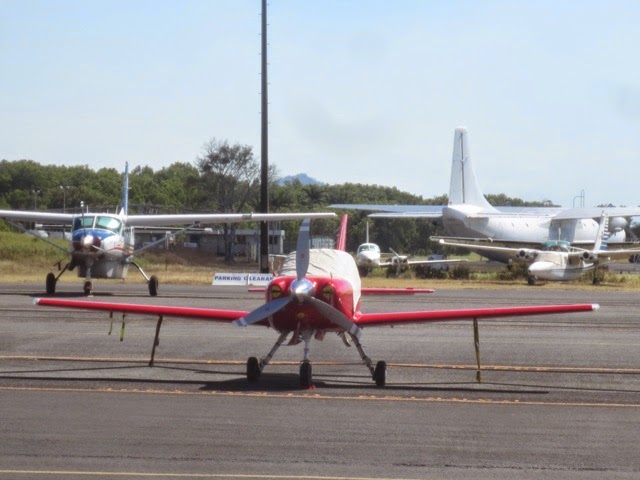 However, Heinz Peier's journey has not been without incident.  In April this year, while flying from Sri Lanka to the Philippines, the Indonesian Air Force (TNI-AU) forced Heinz to land at Soewondo Air Force Base in Medan, North Sumatra, after he mistakenly entered Indonesian airspace without permission.  After being forced down by F-16 fighter jets, a number of fully armed TNI-AU personnel and sniffer dogs inspected the aircraft, but no dangerous goods were found.  N54JX was impounded for a short time while Heinz was questioned.  More information and photos can be found at Daily Mail online website (LINK HERE).
Posted by Damian F at 12:56 PM