I really do enjoy this hobby of plane spotting - although living in a small country town in Central Queensland can have its challenges!  As you can see in the Blog post below, we don't receive too many aircraft through the local Airport!

That said though, using the various Internet-based flight tracking software such as Flightaware, Planefinder and Flightradar24, I can still do some plane spotting out here - albeit of the many domestic and international aircraft that fly overhead Clermont on their various journeys North along the Q144 air-route from Sydney or Melbourne. 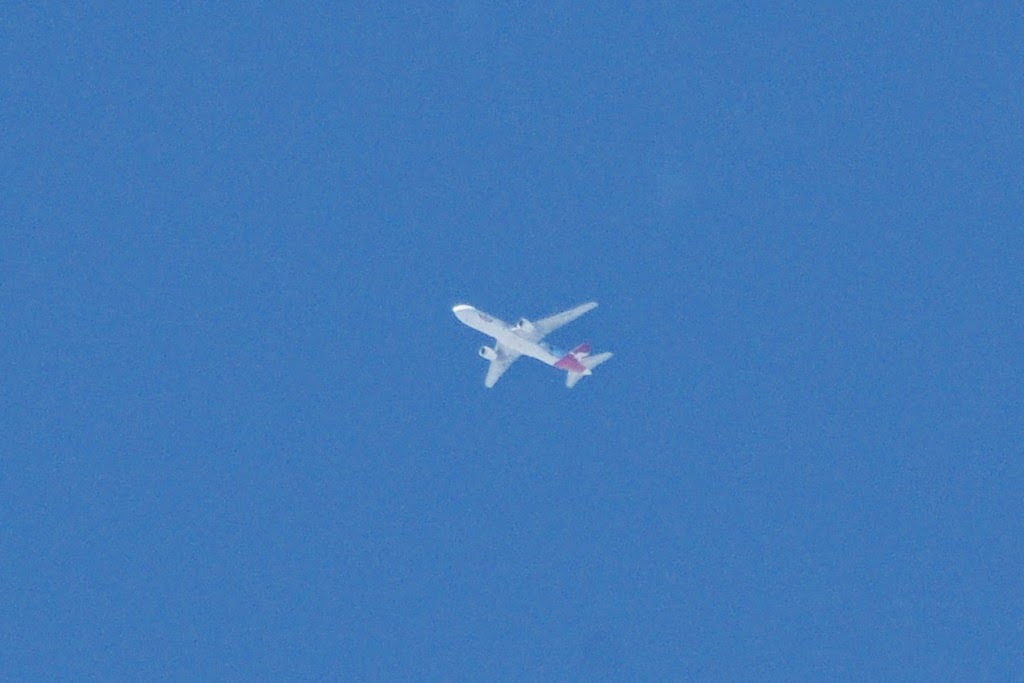 Back in late June, I spotted Jetstar Airways Airbus A320 VH-VFN overflying Clermont while operating as JST912 from Sydney to Townsville cruising at FL360 (36000ft). 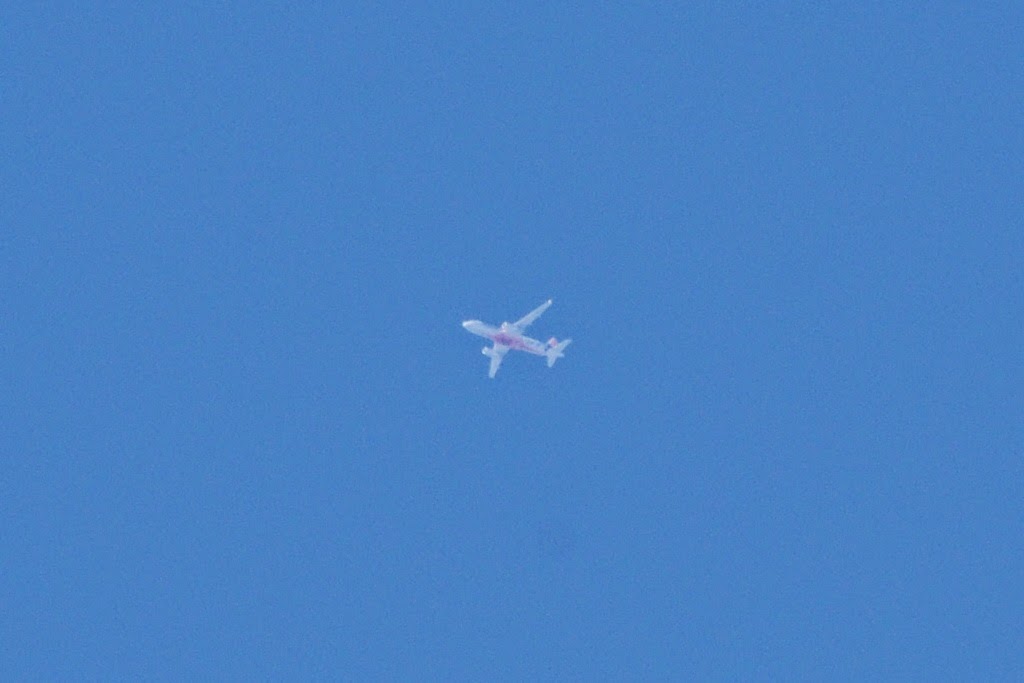 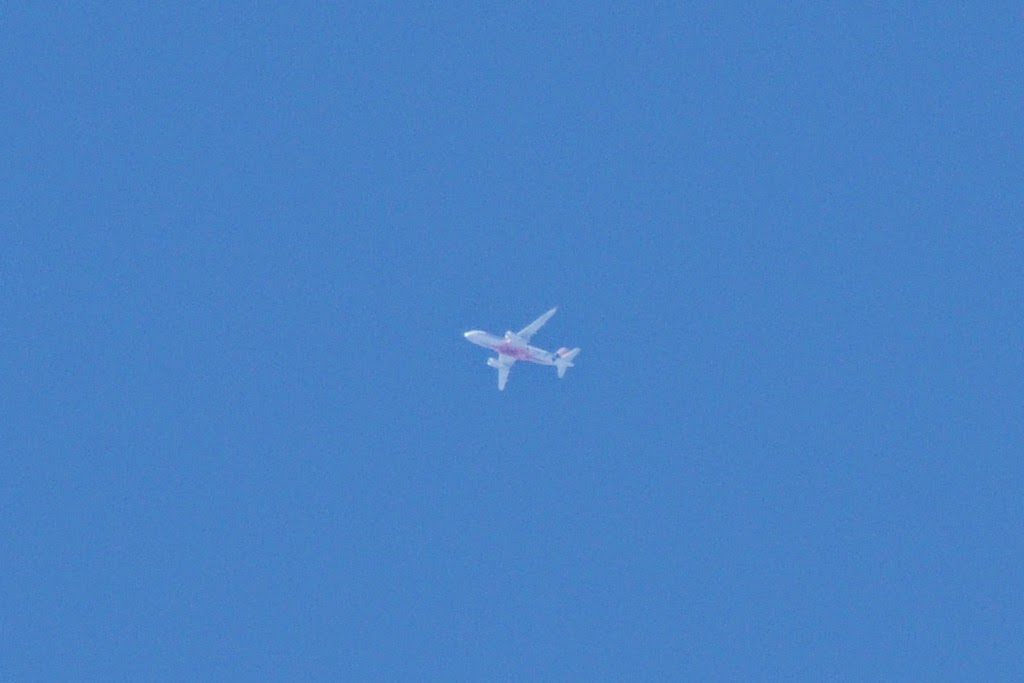 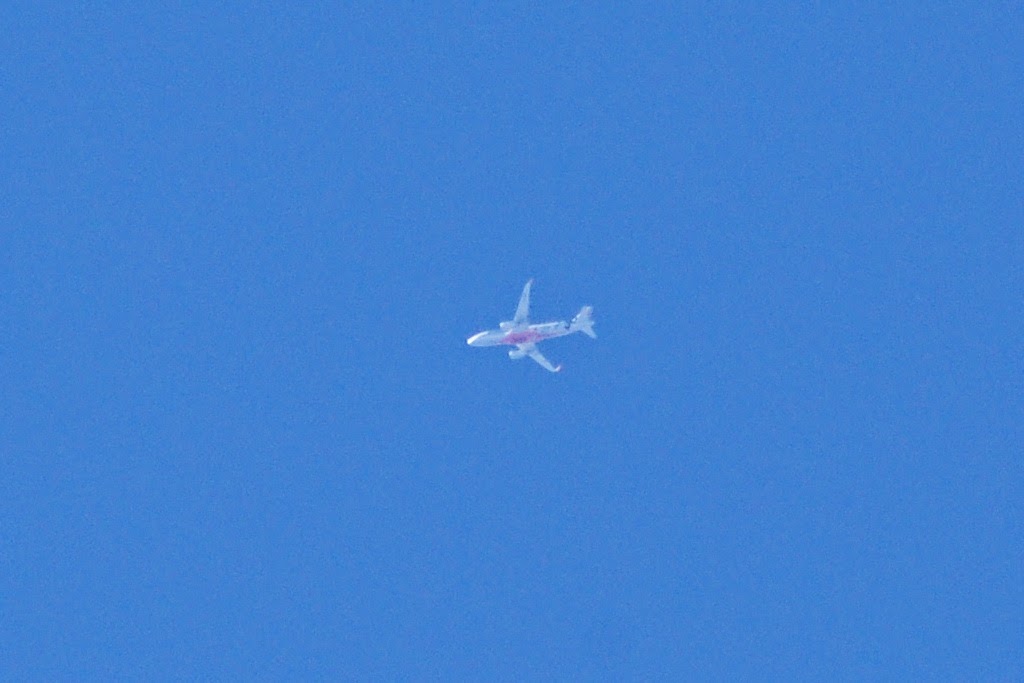 Also in late June, I photographed Virgin Australia Boeing B737-800 VH-VUL as it too overflew Clermont while flying from Sydney to Townsville operating the VOZ1519 service.  It was cruising as 36000ft, and left a small contrail behind it on a cloudy day! 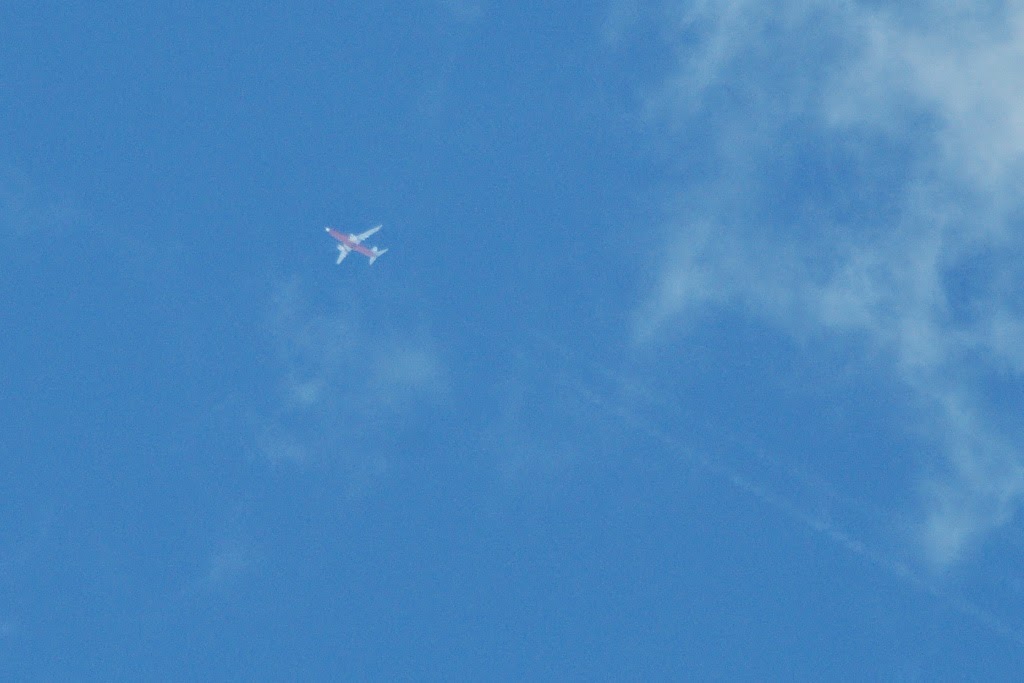 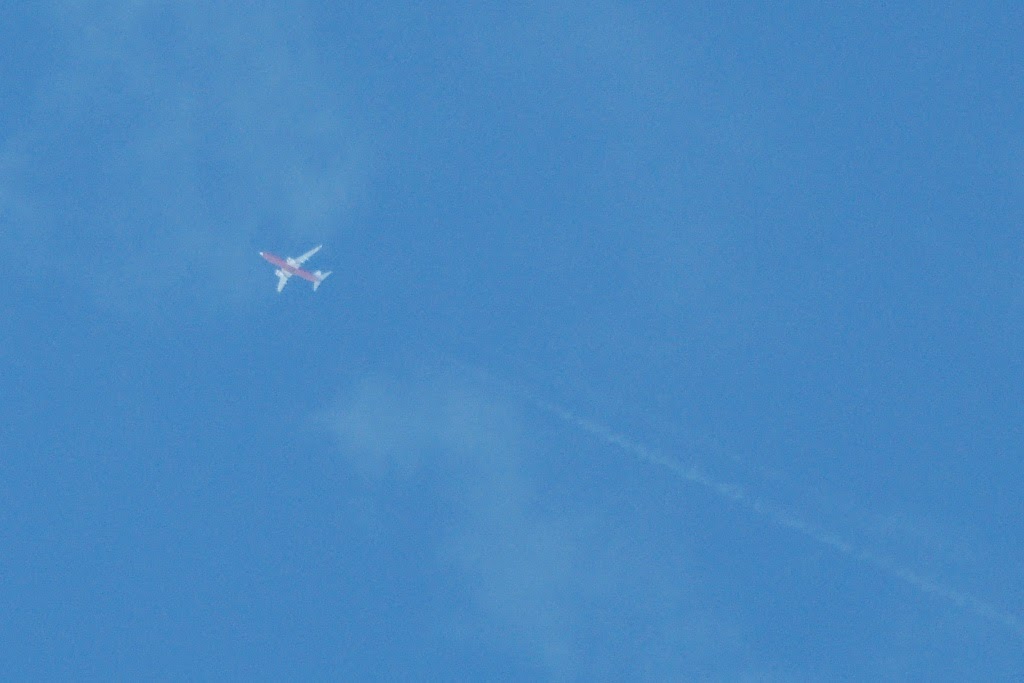 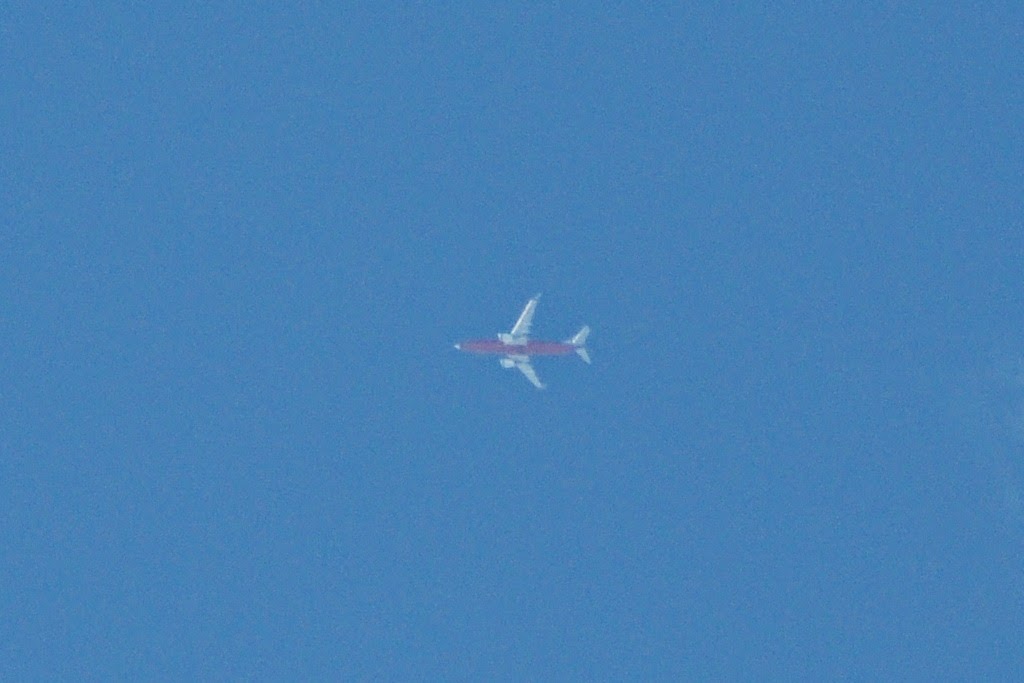 You could clearly see the red 'Virgin Blue' fuselage of VH-VUL, complete with its white nose-cone.


Perhaps the nicest aircraft in a special livery flying around at the moment is Qantas Airways Boeing B767-300(ER) VH-OGG.


VH-OGG, which is rather appropriately named 'City of Rockhampton', is also currently adorned in a bright and colourful livery promoting the Disney movie 'Planes'.  I put together a Blog post in late April devoted to VH-OGG - LINK HERE. 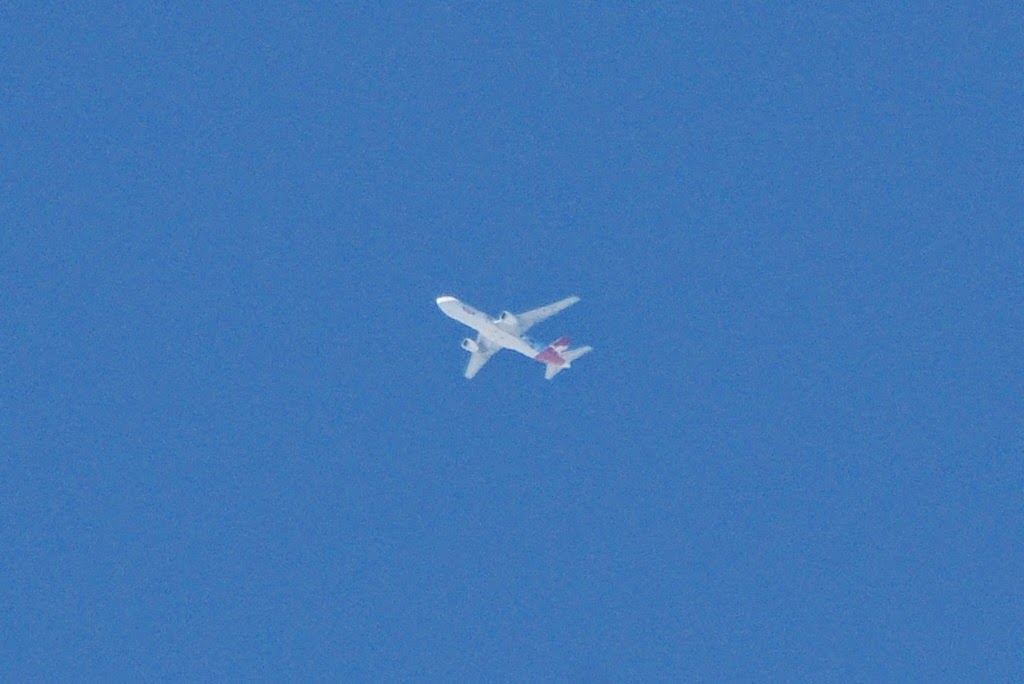 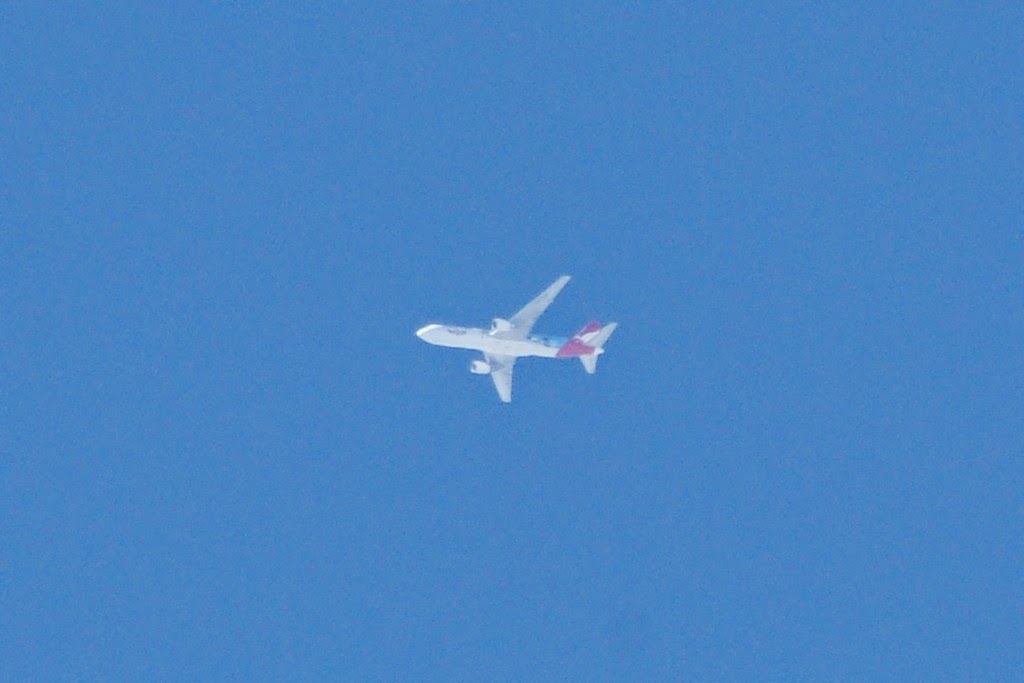 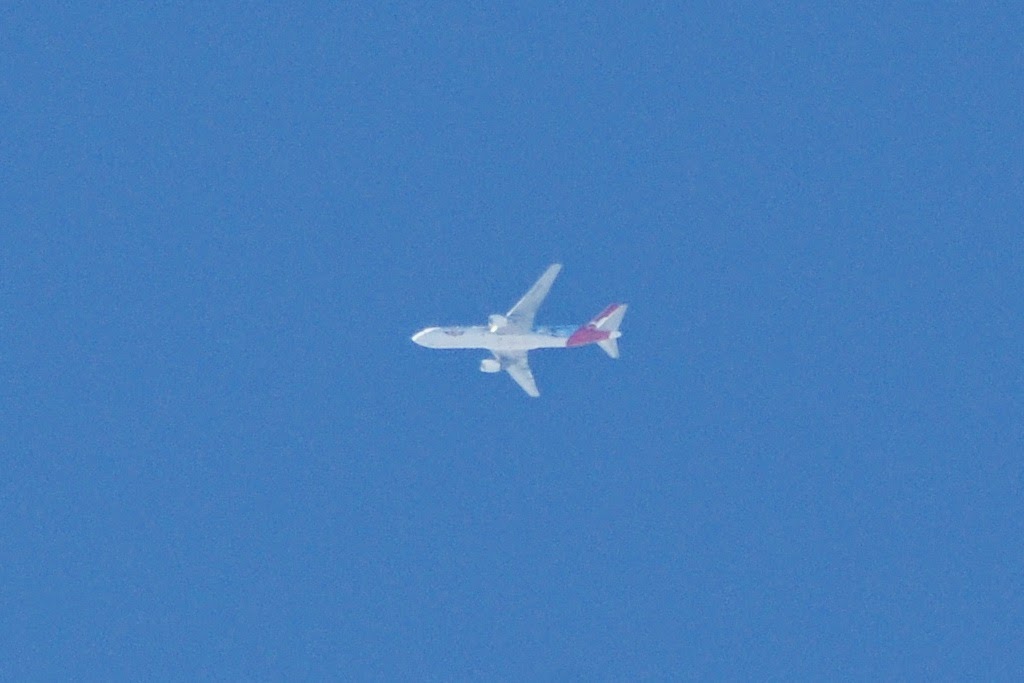 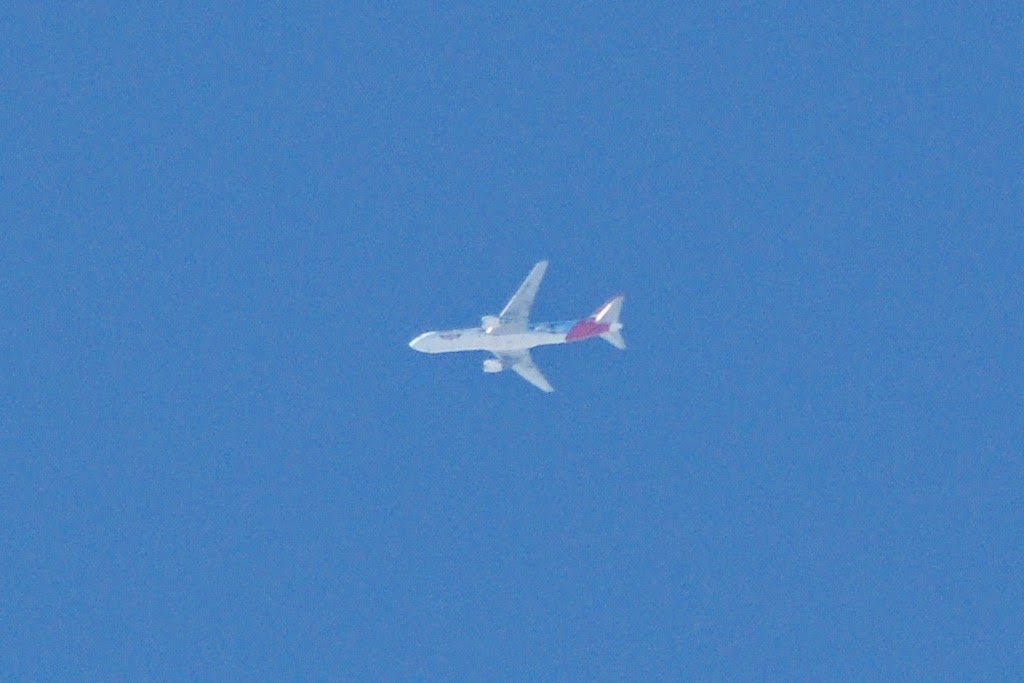 On this occasion, VH-OGG was relatively low at 28000ft operating the QFA922 service from Sydney to Cairns.

Earlier this month, I took a few photographs of two interesting international aircraft flying overhead Clermont.  The first was Cathay Pacific Airbus A330-342X B-LAI, which was operating as CX100 from Sydney to Hong Kong and was flying at 36000ft. 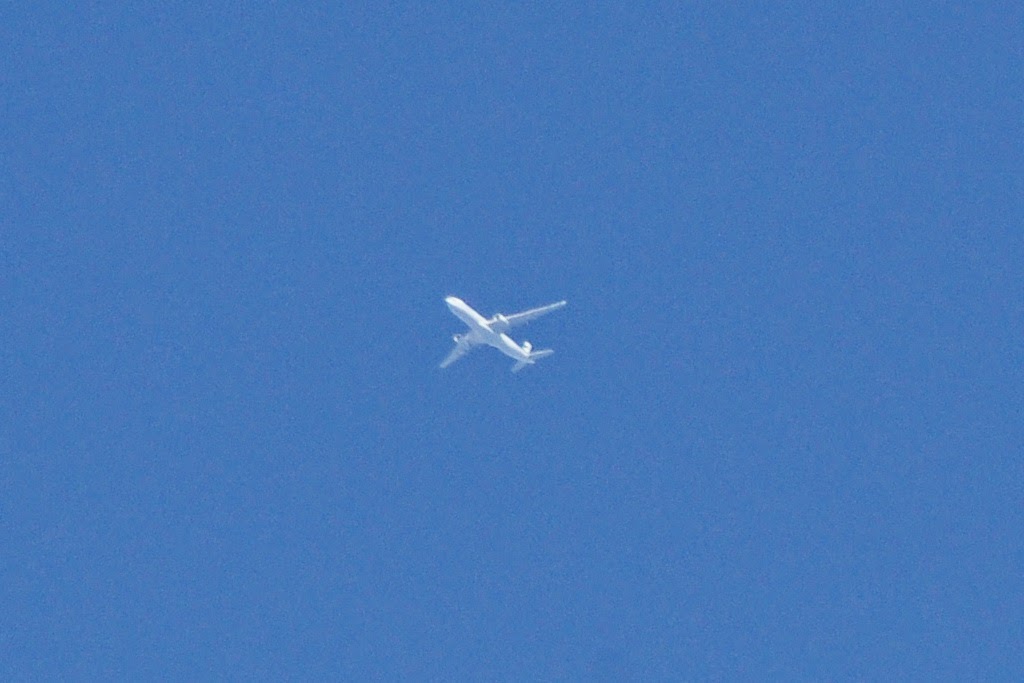 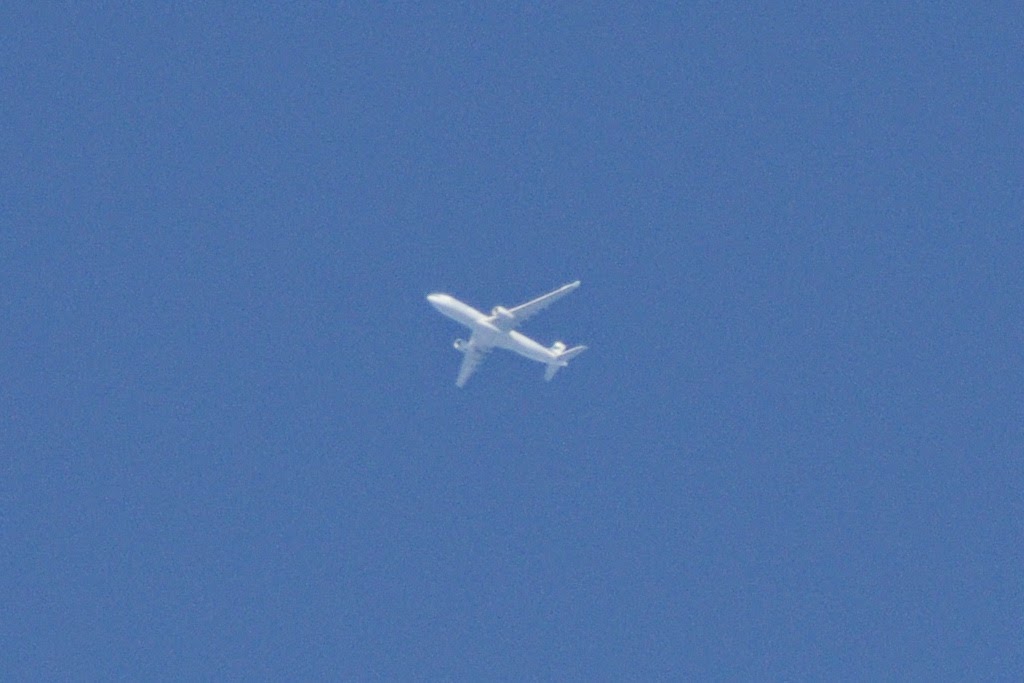 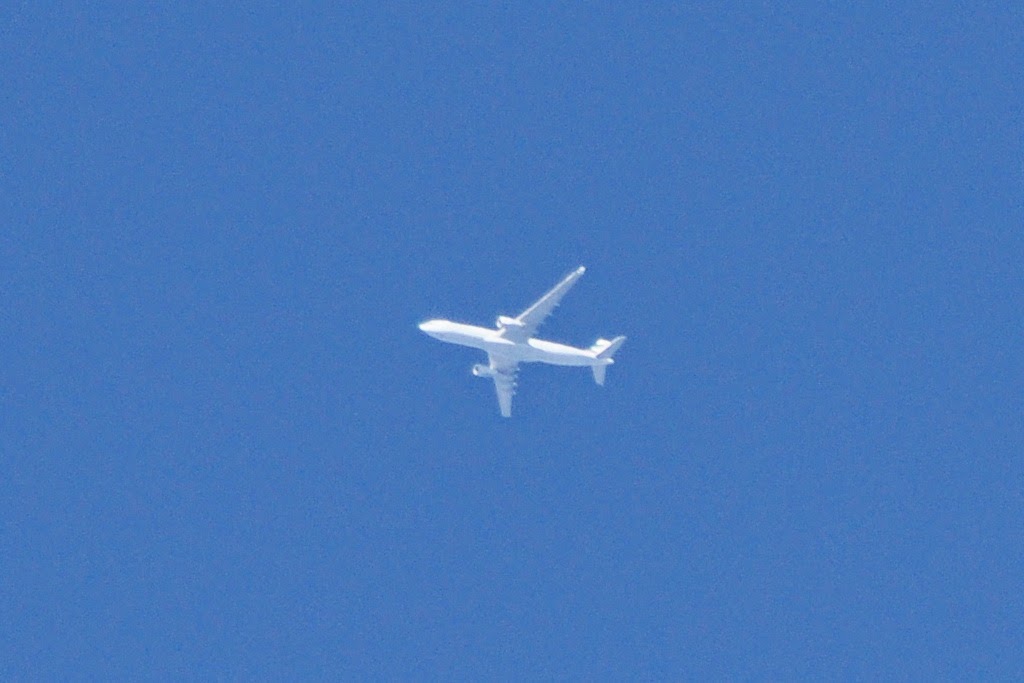 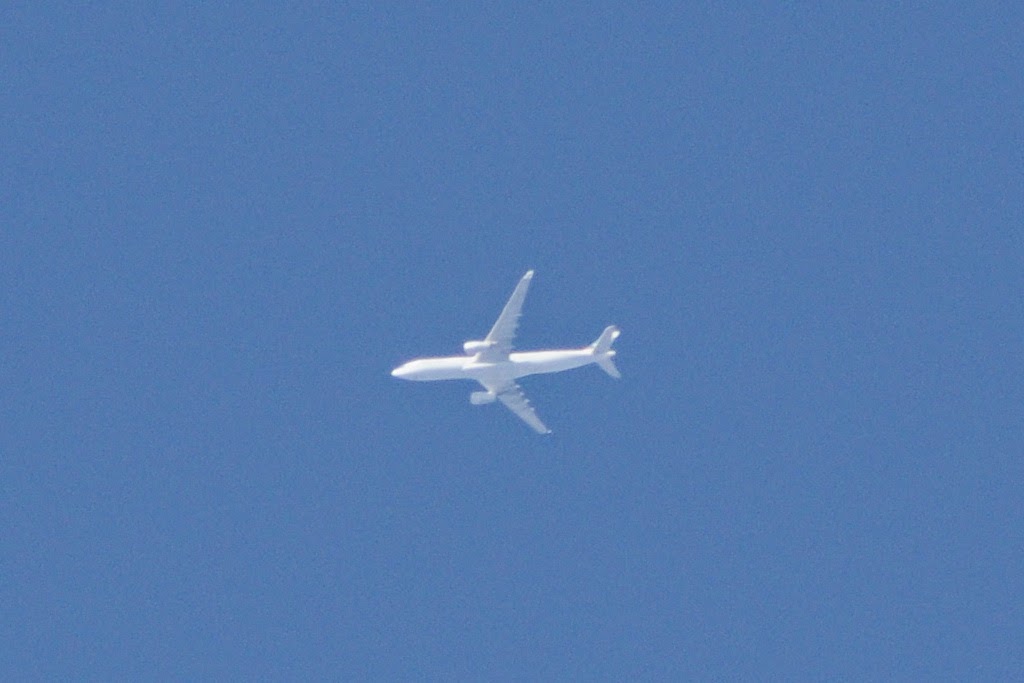 Later, HiFly A340-313X CS-TQY flew overhead Clermont while operating a charter flight for the Australian Defence Force (ADF) from Sydney to Townsville as ASY19.  It too was at 36000ft. 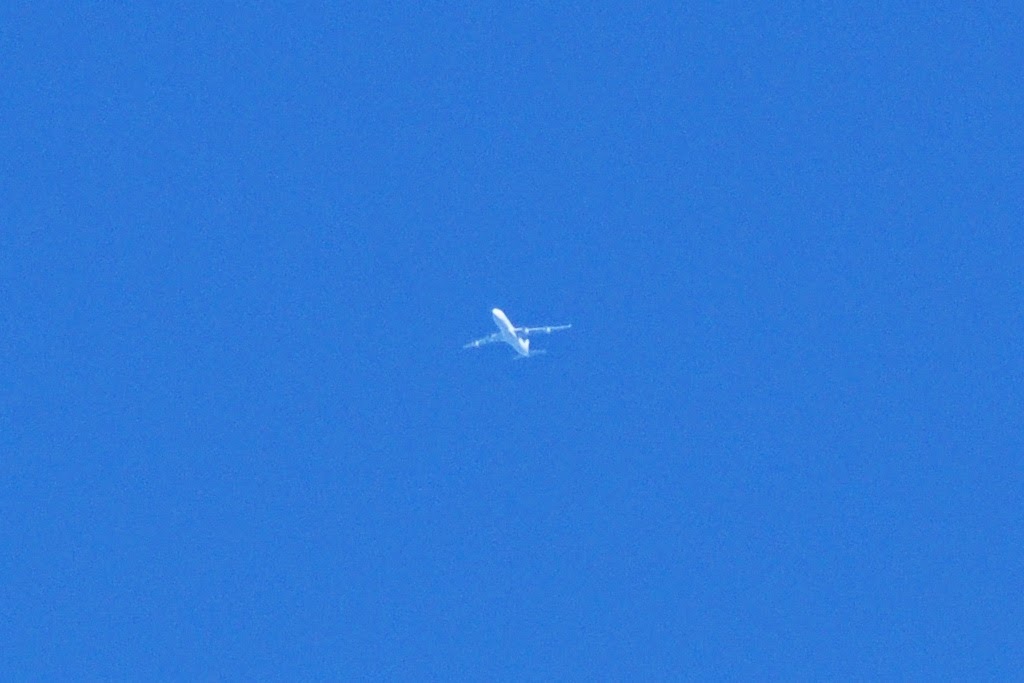 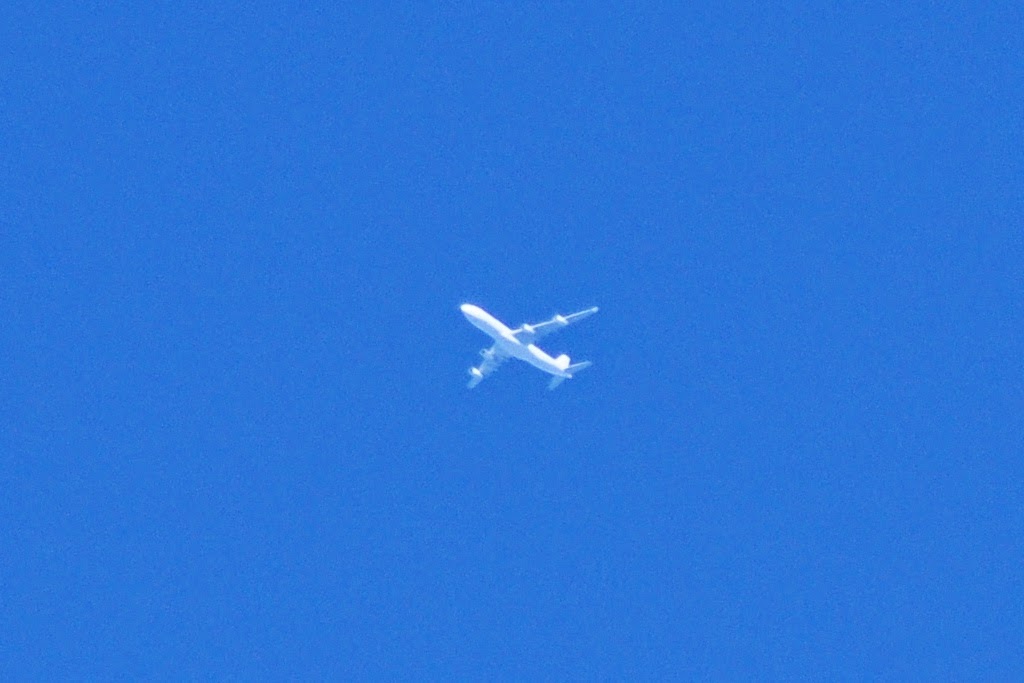 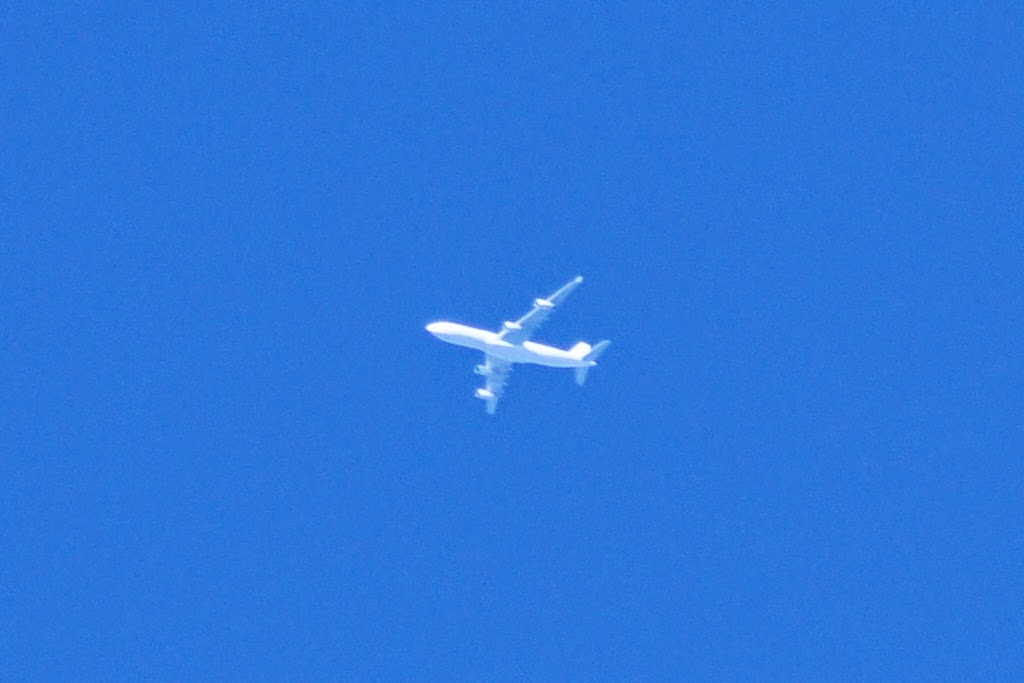 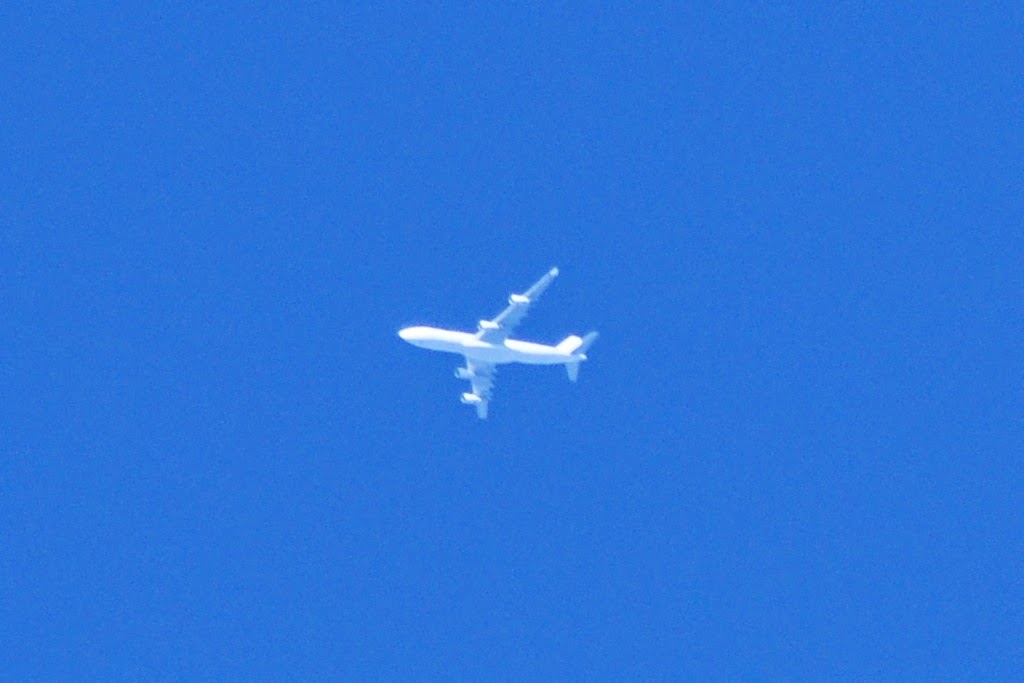 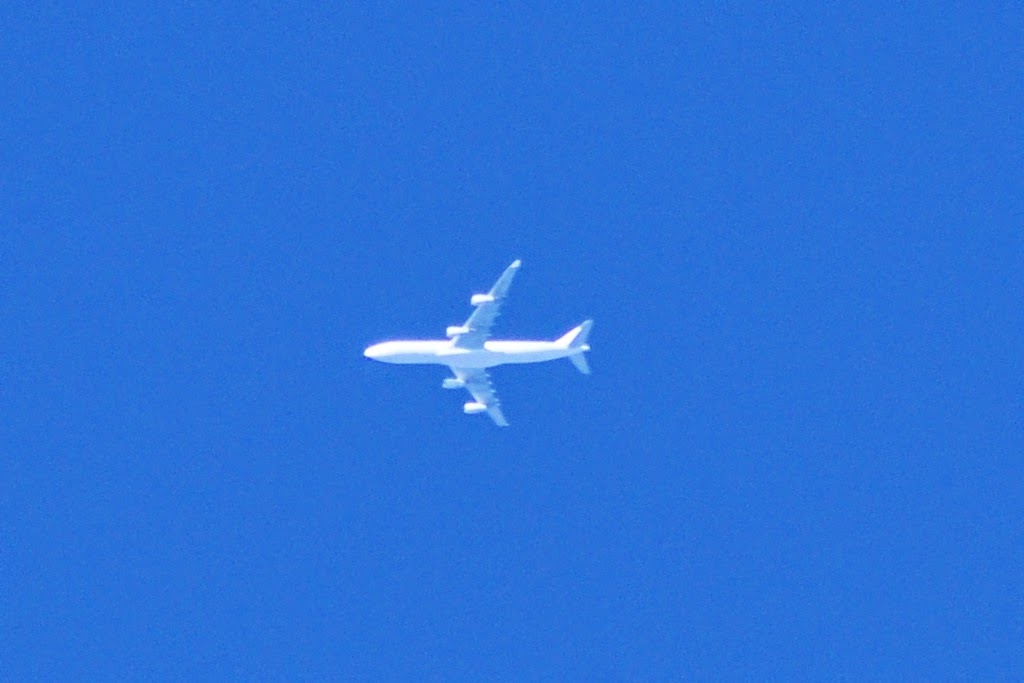 As an added extra, Townsville plane spotter Dave ventured to Townsville Airport and actually captured a couple of great photos of CS-TQY shortly after it arrived following its flight from Sydney!


So I do get to indulge in my passion of plane spotting, even if the aircraft is around 30000ft above me!
Posted by Damian F at 8:38 AM