On Monday 28 July, local plane spotter 'IAD' managed to capture some great photos of Virgin Australia Embraer E-190 VH-ZPM - which still wears its old red Pacific Blue colours and titles, along with a white nose and white panel on its underside - as it called into Rockhampton Airport on a scheduled service from and back to Brisbane. 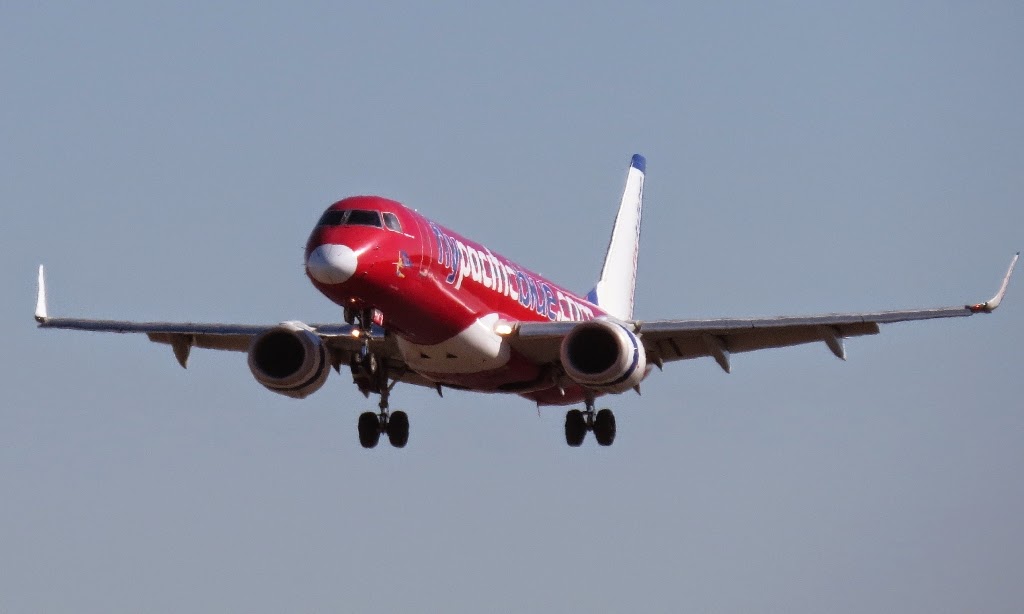 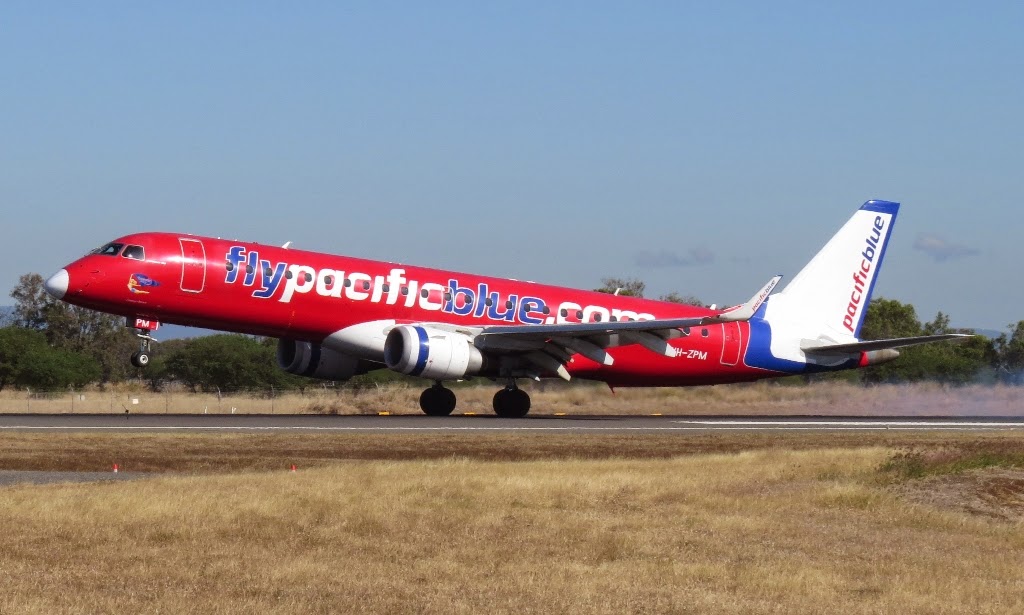 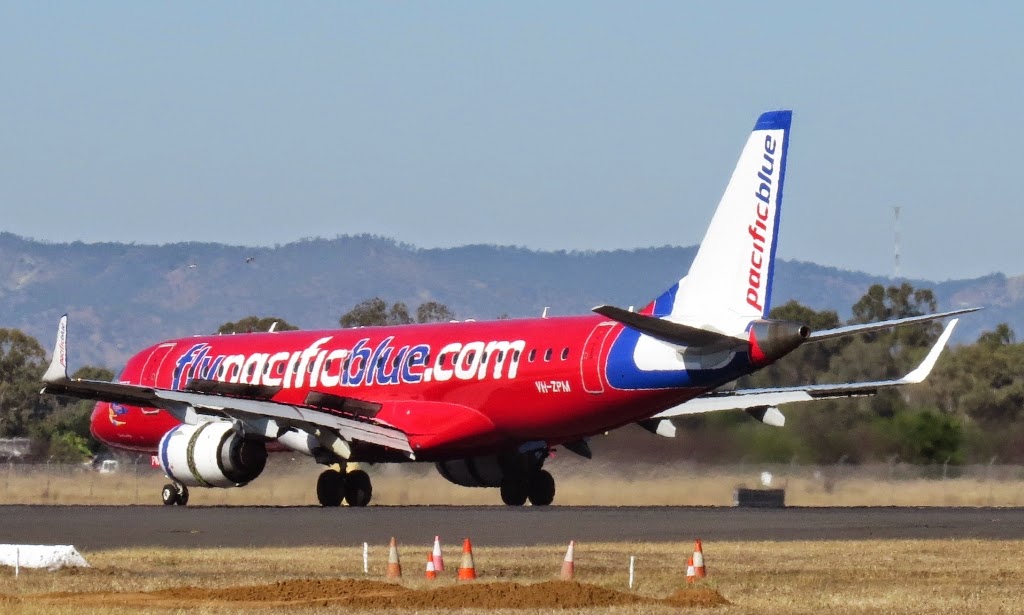 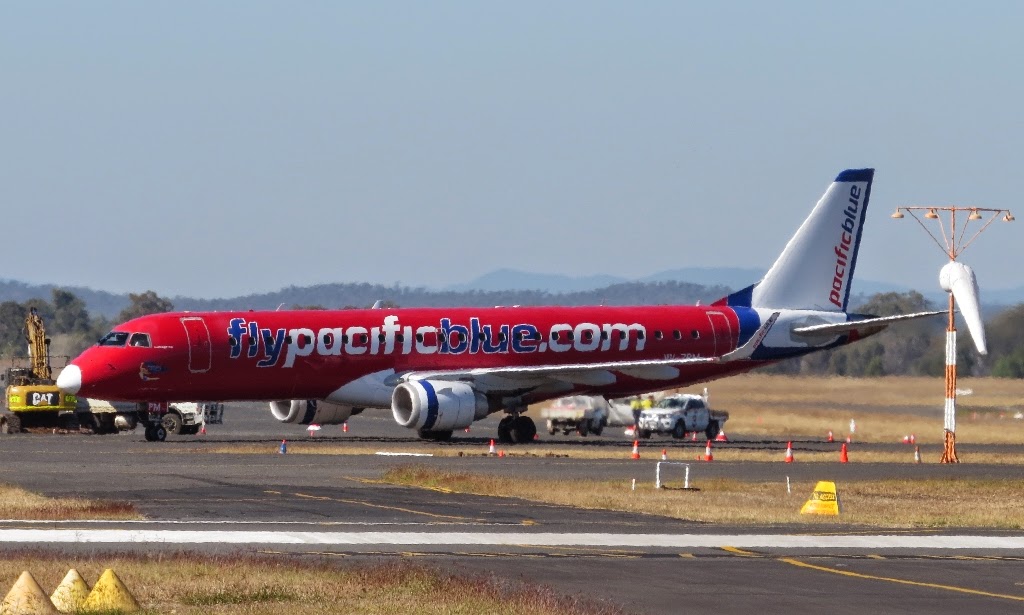 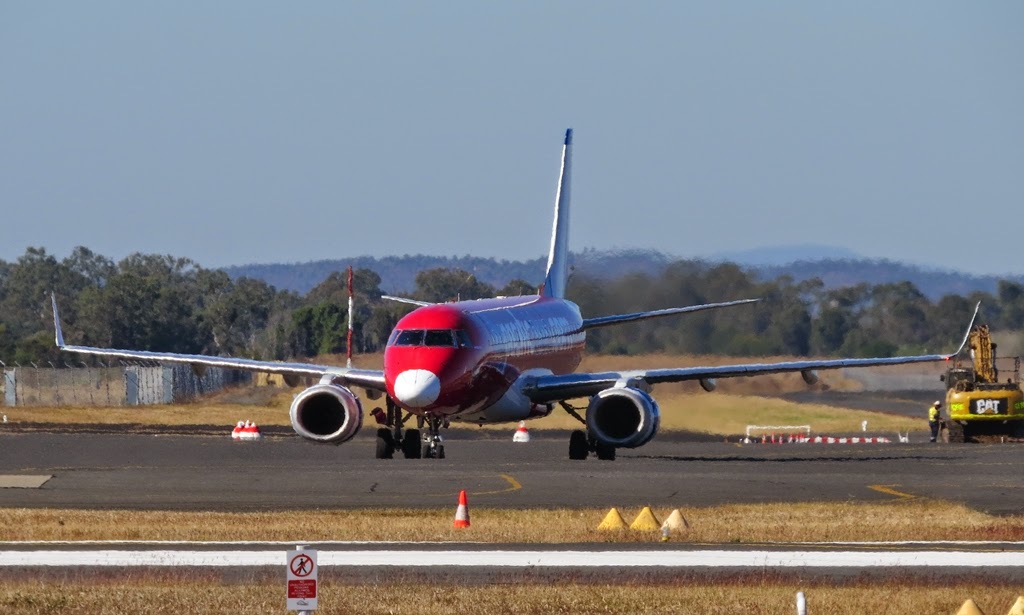 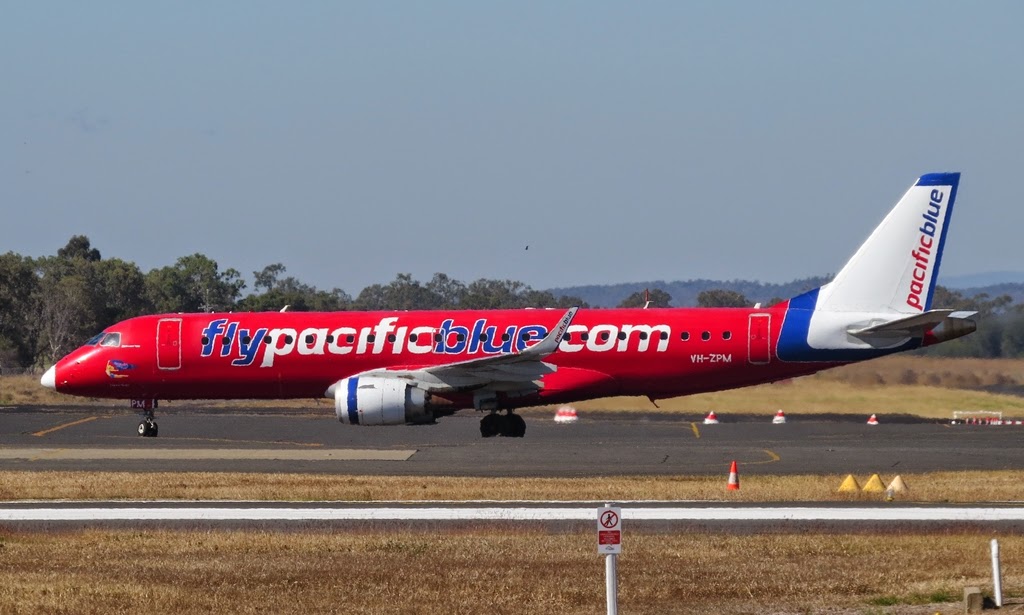 Clearly, VH-ZPM is in need of a re-paint!

Great photos of a great aircraft from Rockhampton Airport - thanks to 'IAD' for taking the time to capture these photos and then sending them through!