Interestingly, it was parked on the heli-pad near the Gladstone Airport apron. 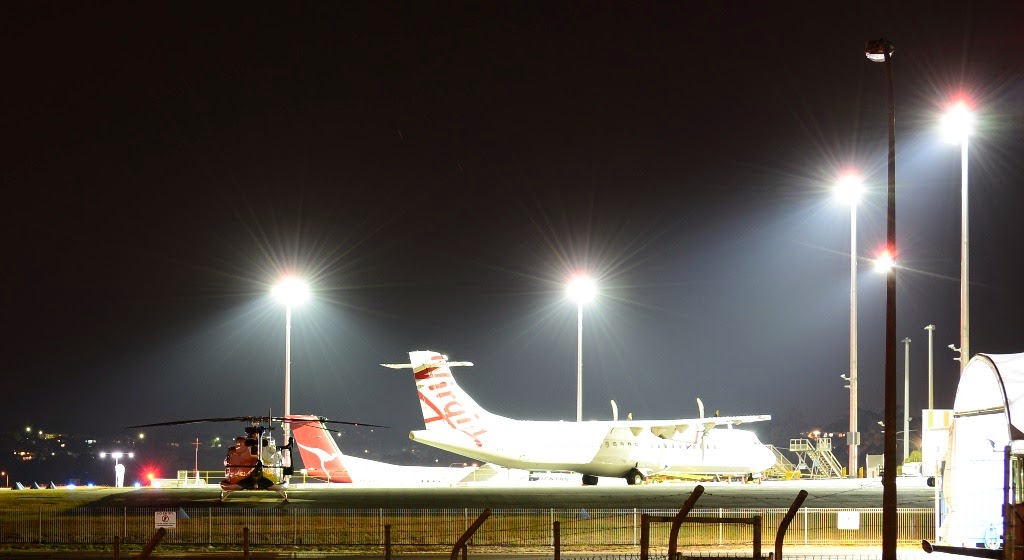 And the reason why it was parked there became apparent when local Careflight Bell 412EP VH-XCY arrived back into Gladstone Airport after completing planned maintenance at Archerfield.

At the time of writing, on Tuesday 29 June, VH-XCF had departed Gladstone after midday on its return flight to Archerfield.  So it looks like VH-XCY is back to stay again!

Thanks Michael for capturing these fantastic photos!

All photos taken by Michael Fleetwood  ©
Posted by Damian F at 3:07 PM