During the afternoon and evening on Thursday 20 November, Fokker F-70 VH-JFE operated two return flights from Brisbane to Emerald for QantasLink as UTY2636/2637/2638/2639. 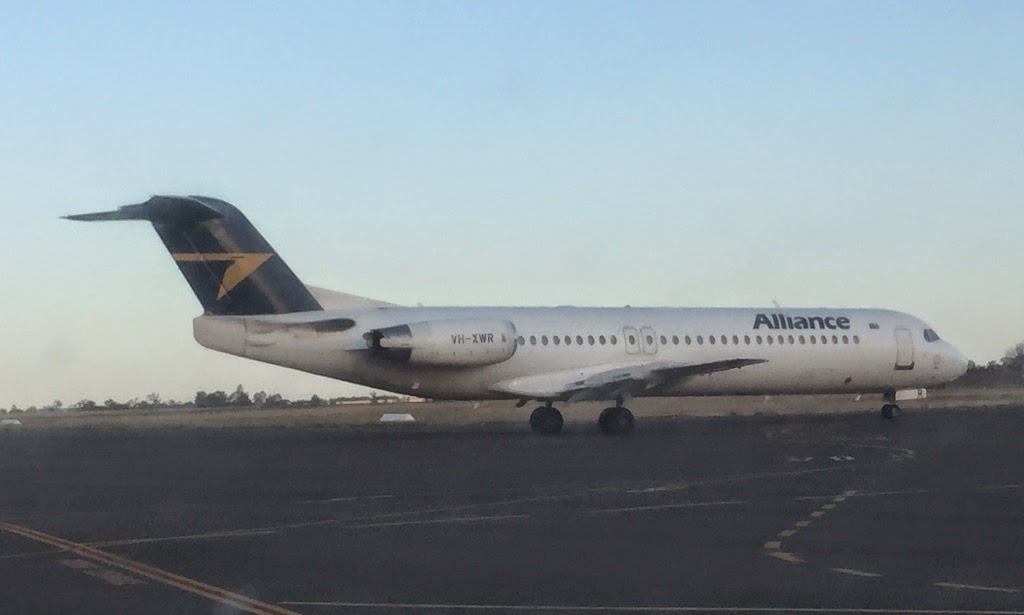 VH-XWR has had a busy week, also calling into Emerald late on Wednesday 19 November, flying in from Cloncurry as UTY5713, before departing on to Brisbane as UTY713.  While on Tuesday 18 November, VH-XWR was noted flying into Mackay Airport on behalf of QantasLink on a return flight from Brisbane as UTY2666/2667.

Finally, also on Wednesday 19 November, Fokker F-70 VH-JFB operated the weekly FIFO charter flight from Brisbane to Emerald and back as UTY1070/1071.