Making a surprise but most welcome arrival into Rockhampton late on Monday 3 November was a pair of Australian Army Sikorsky S-70A-9 Blackhawk Helicopters. 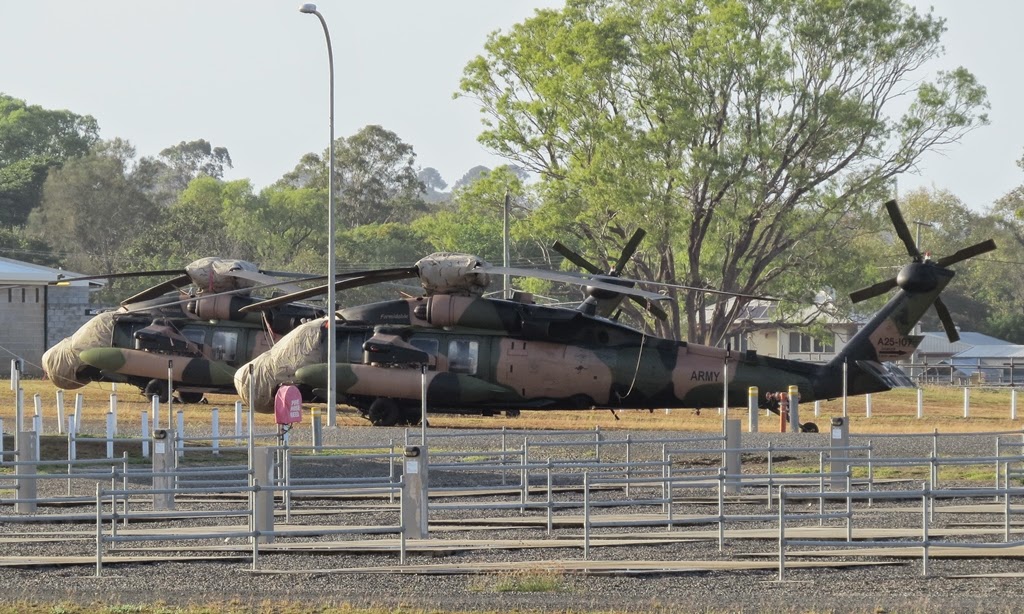 The two Blackhawks movements are unknown, however they were identified as A25-107 and A25-213.  They were heard to be using the callsigns "Redback 107" and "Redback 213" respectively. 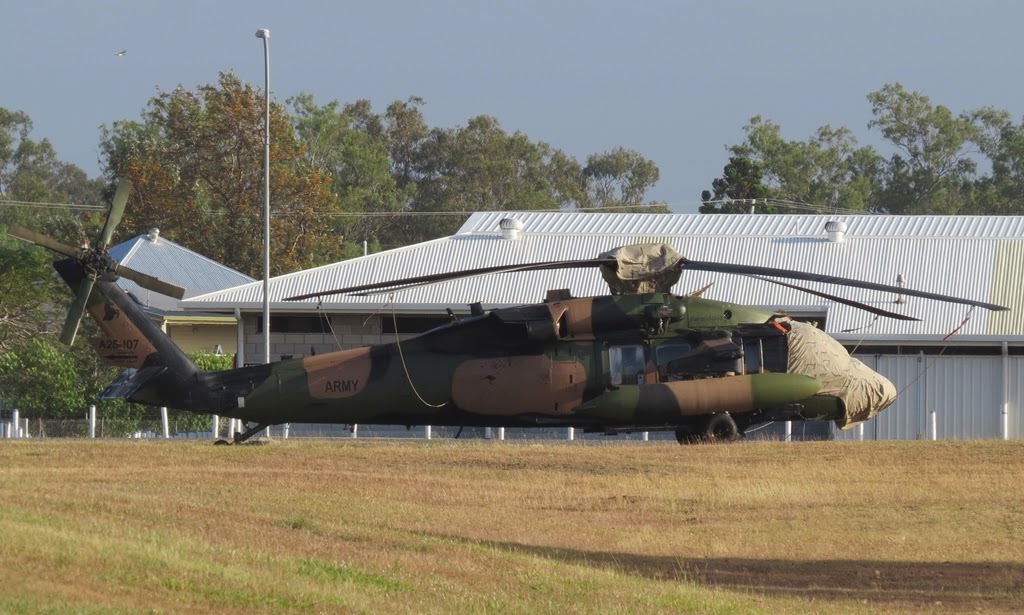 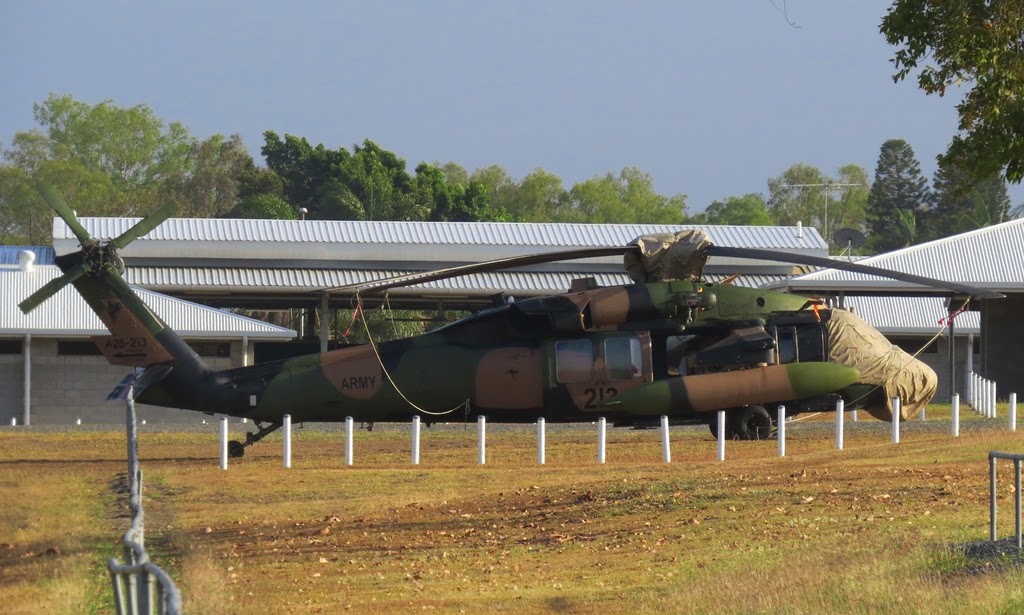 After staying for the night, local plane spotter 'IAD' captured these great photos early on Tuesday 4 November as the Blackhawks rested in the morning sun nearby to Rockhampton Airport.  Thanks mate!

UPDATE!  Both Blackhawks departed Rocky around lunchtime on Tuesday 4 November bound for Townsville.