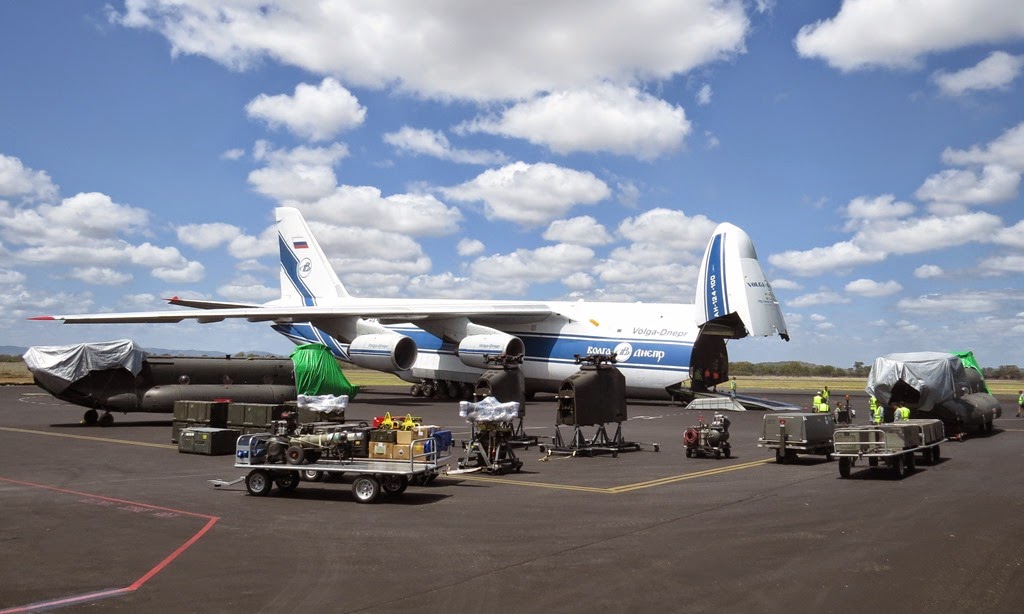 Local plane spotters Kayanne H and Trevor H were on hand to captured some fantastic photos as the Volga-Dnepr Antonov An-124-100 RA-82046 touched down again at Rockhampton Airport on Sunday 23 November. 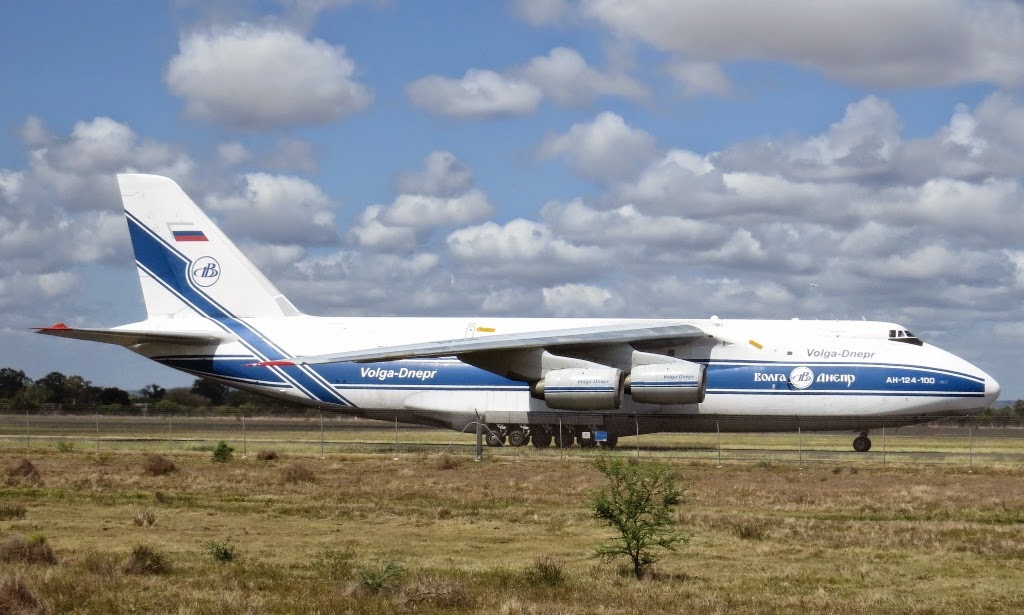 A much larger crowd of spectators gathered to watch the mighty cargo plane arrive from Cairns (as VDA2317) and park on Gate 6 on the Southern end of the Rockhampton Airport apron. 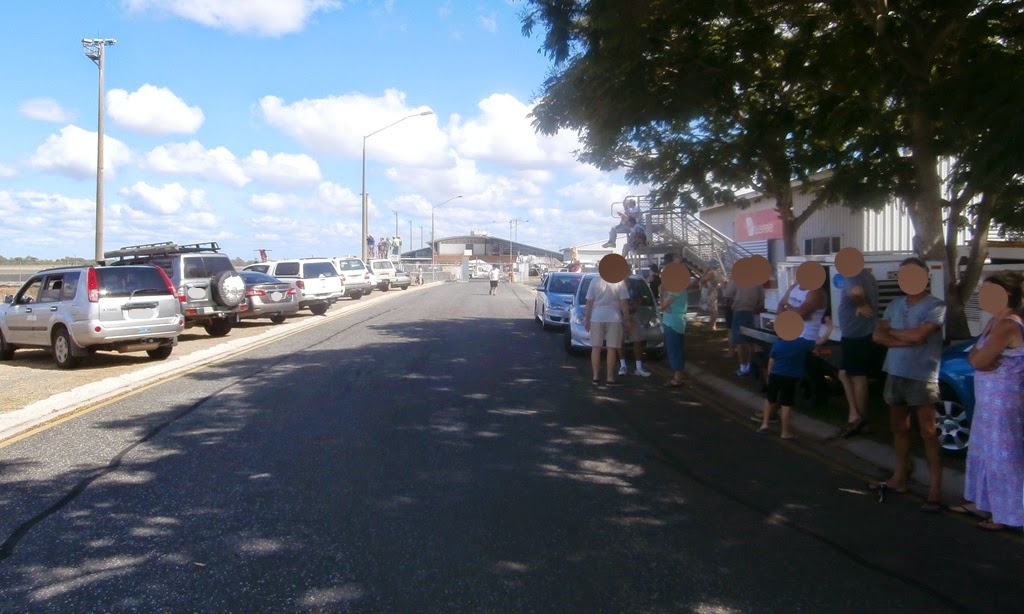 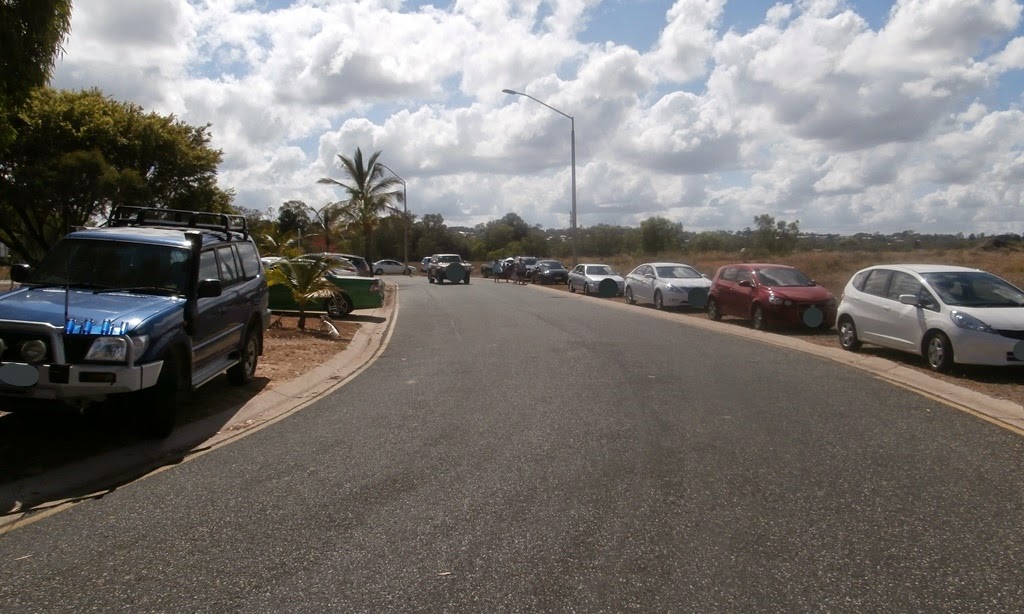 It was subsequently loaded with the final two helicopters - a pair of Republic of Singapore Air Force (RSAF) Boeing CH-47SD choppers - that participated in the recently completed Singapore Armed Forces Exercise Wallaby 2014. 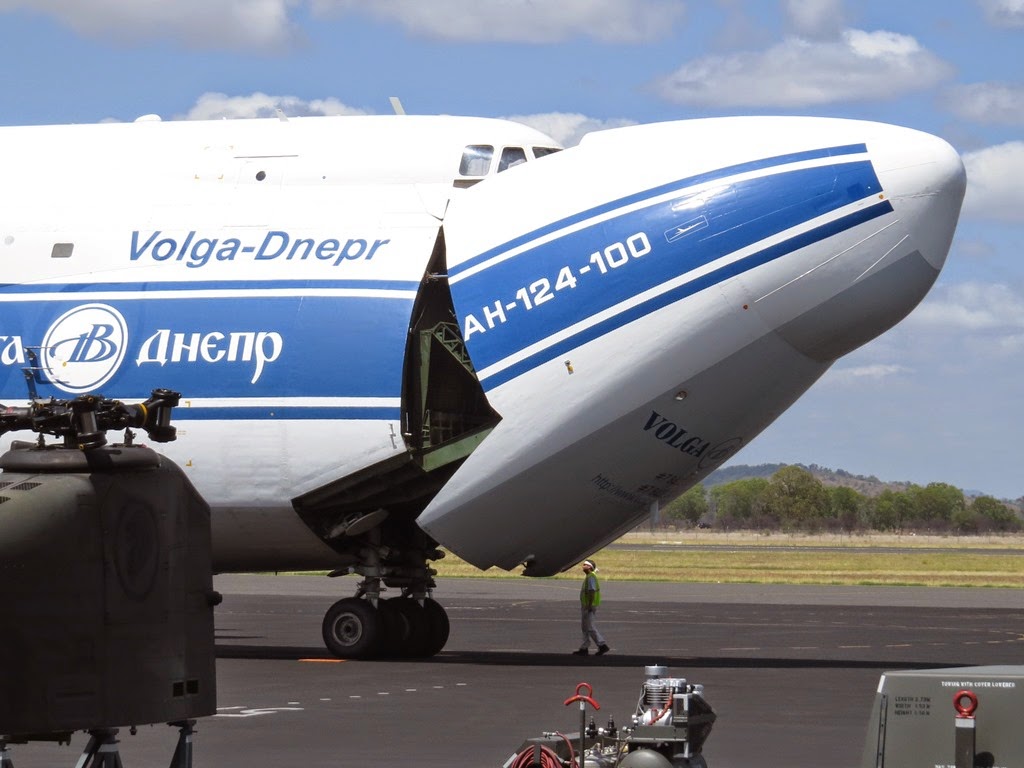 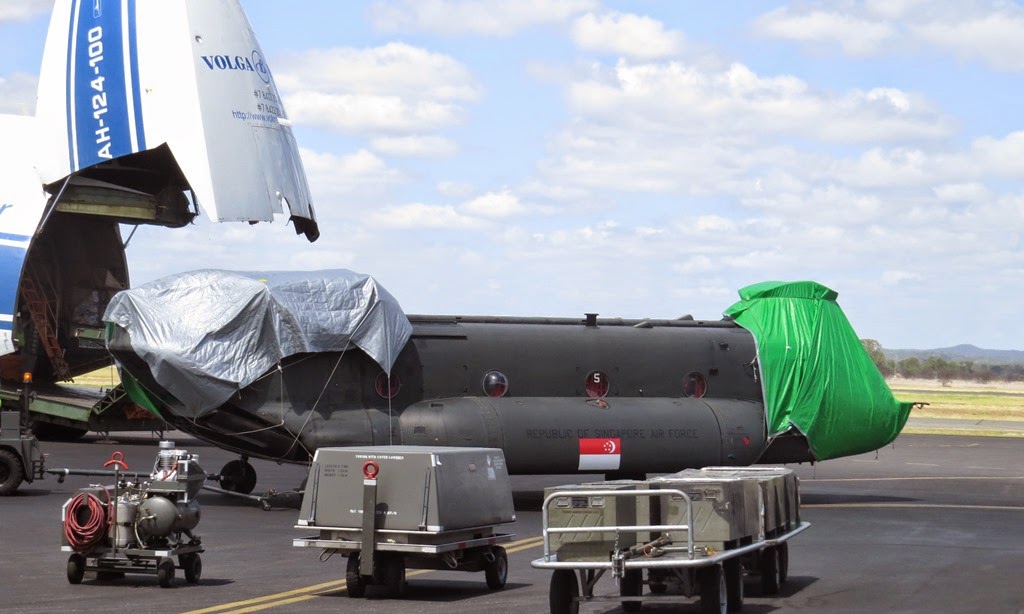 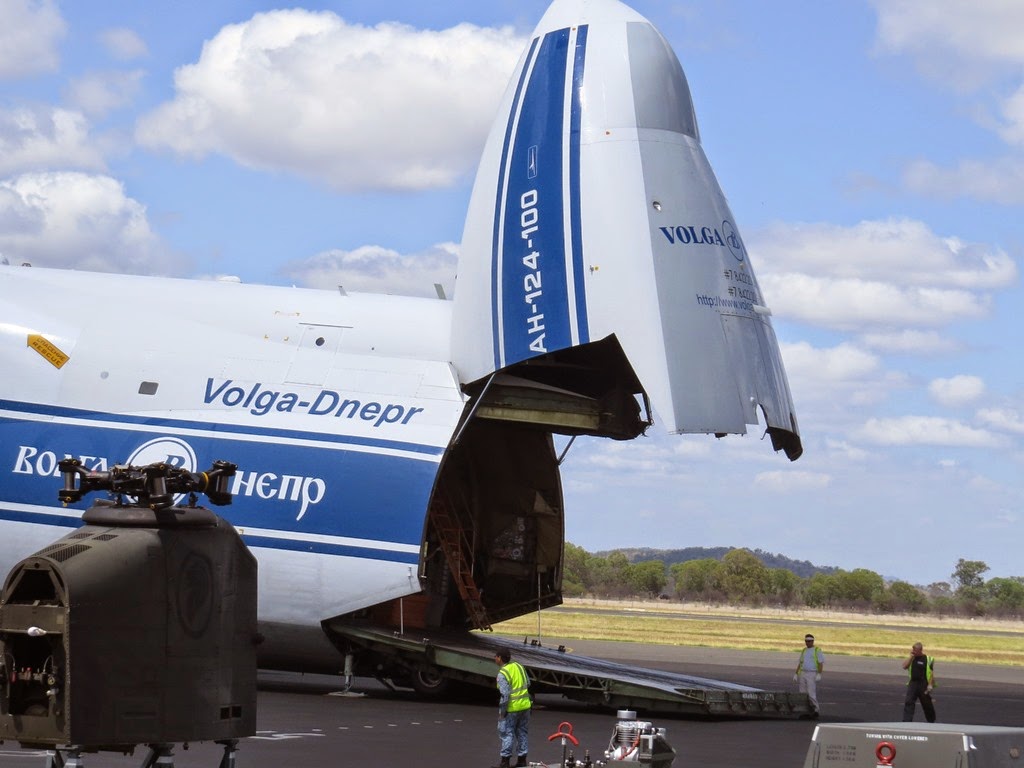 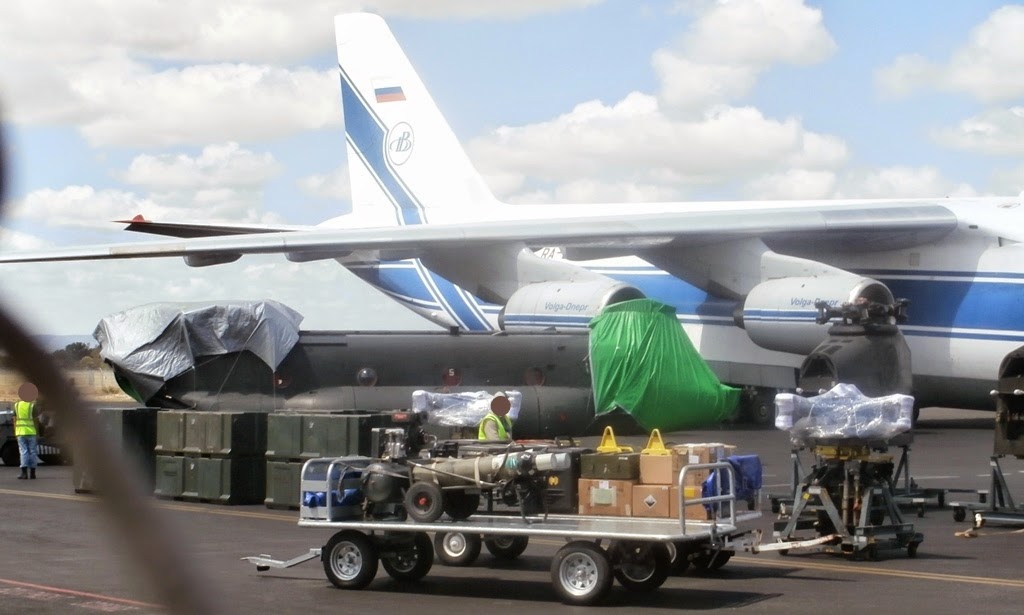 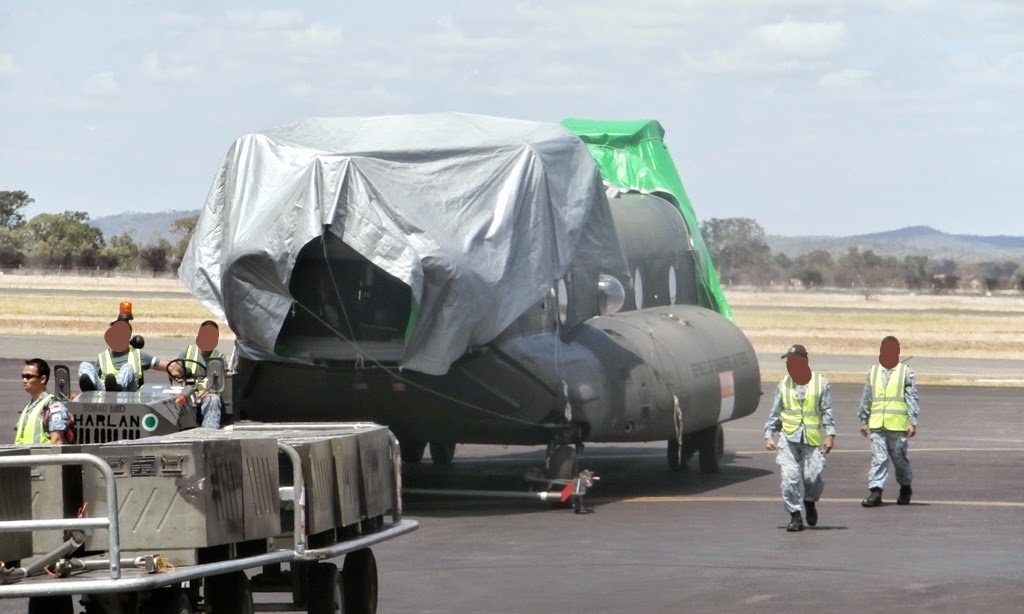 Information suggests that RA-82046 may depart Rockhampton Airport around dawn on Monday 24 November for Cairns and later Paya Lebar Air Base in Singapore. 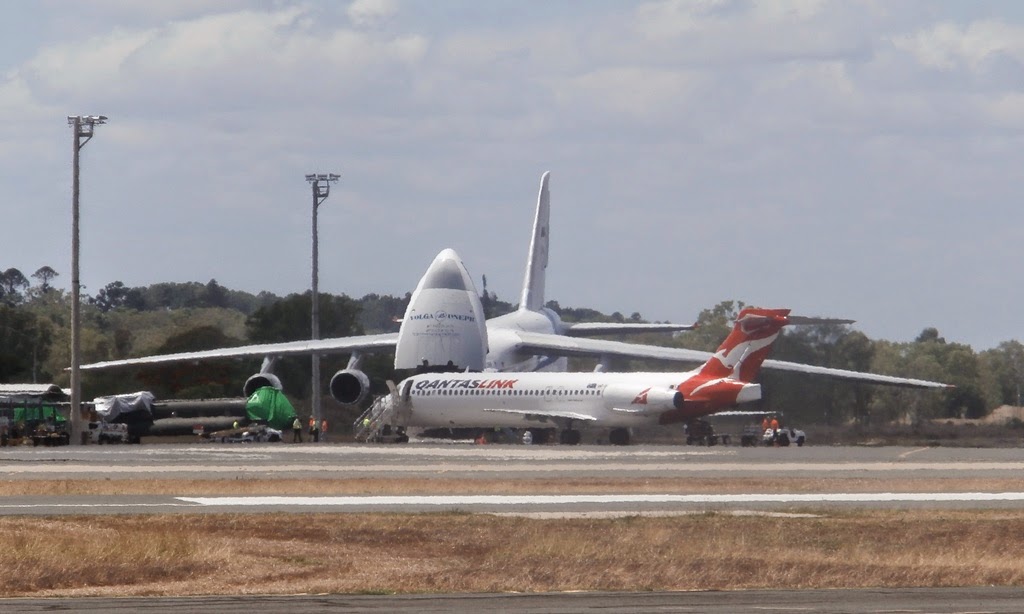 So Exercise Wallaby and its associated air movements have concluded for another year.  The Singapore Armed Forces and the RSAF will no doubt be back at Rockhampton in 2015 - with the possibility of the spectacular F-16 fighter jets returning to Rocky!

Sincere thanks to Kayanne and Trevor, and all of the Rockhampton-based plane spotters who have contributed information, along with spectacular photos to the CQ Plane Spotting Blog.  Your ongoing support is really appreciated by me and our audience - particularly those readers based in Singapore!