After we posted that US-based Tashi Corp Bombardier BD-700-1A10 Global Express XRS bizjet N365CJ was set to remain at Gladstone Airport, a day after arriving, it has departed to Cairns and not returned!

The bizjet was 'scheduled' to fly from Gladstone to Cairns and back on Thursday 13 November.  However, it remains parked at Cairns Airport - as shown below. 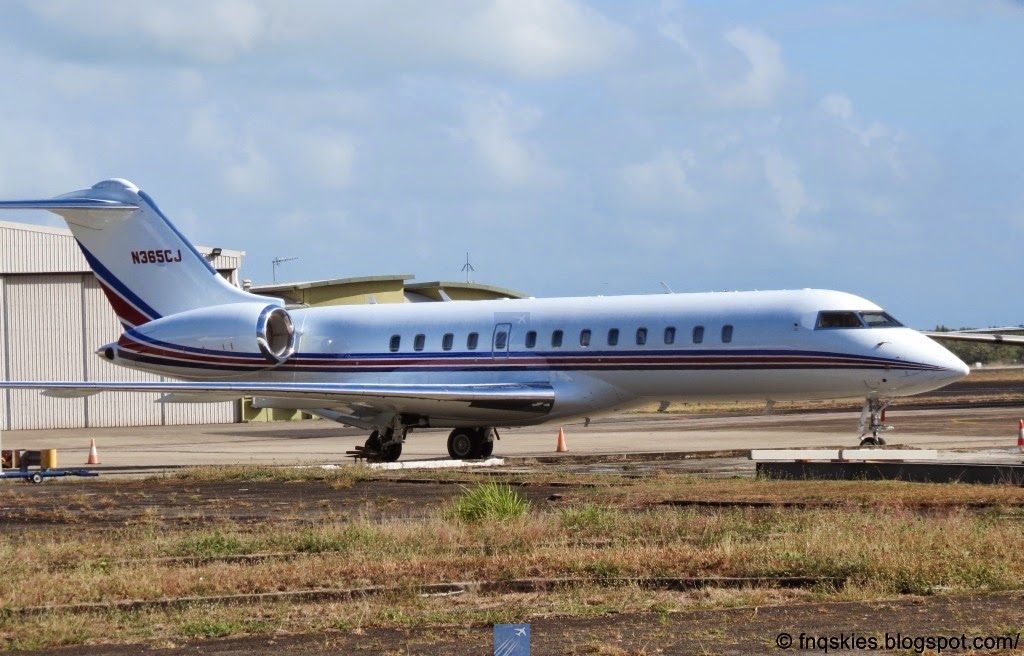 I am not sure if it will return.

Sincere thanks to local plane spotter Michael F, as well as the FNQ Skies Blog, for allowing us to share these great photos!

Photos taken by Michael Fleetwood and the FNQ Skies Blog  ©
Posted by Damian F at 9:55 PM