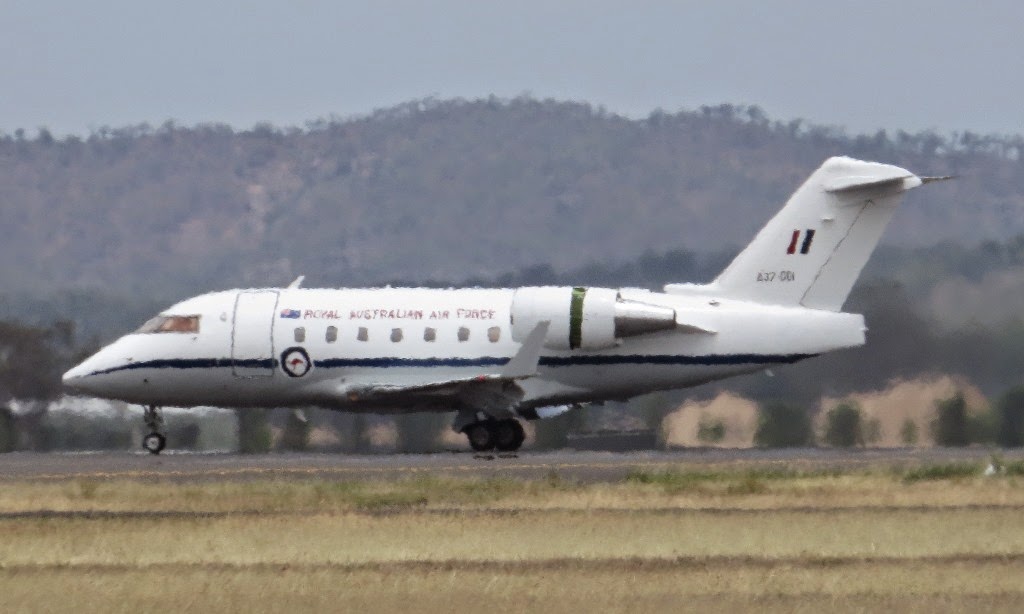 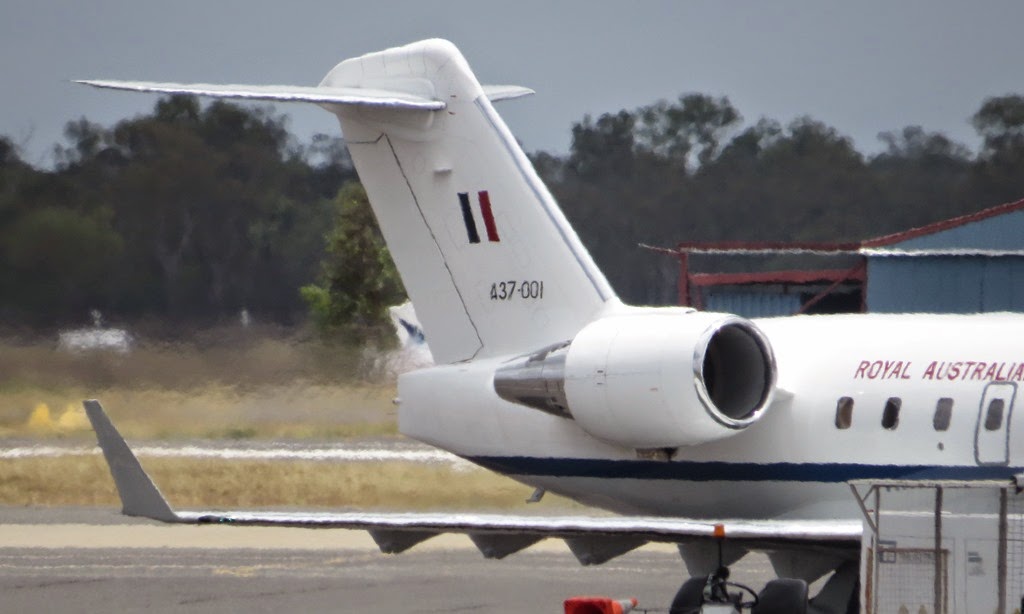 The Challenger reportedly arrived directly from Canberra and, after a brief stop at Rocky, returned to the Nations capital.  A37-001 - flying as "Envoy 59" - was also seen performing a missed approach at Tamworth prior to landing at Canberra. 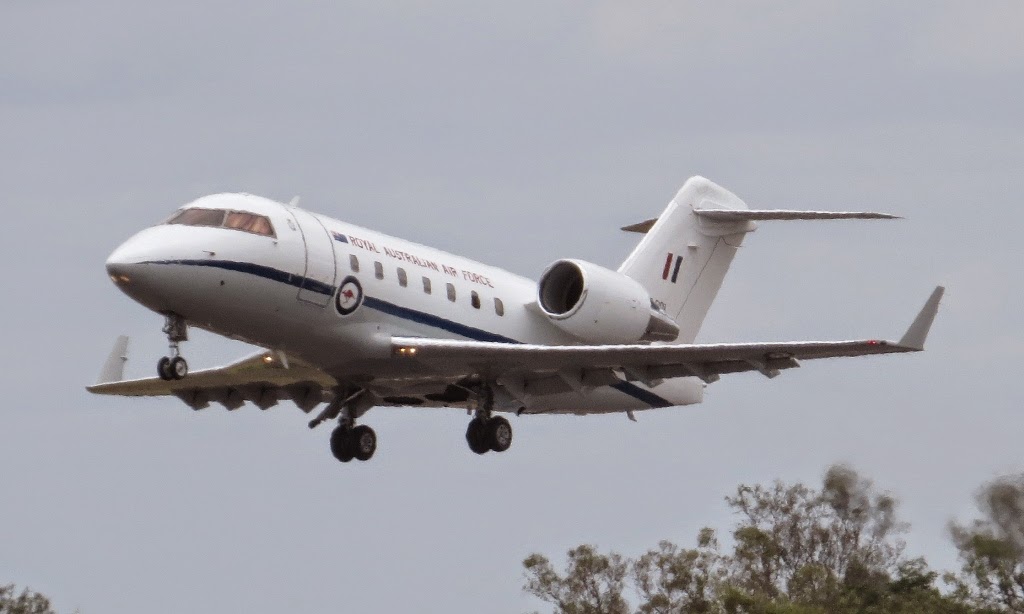 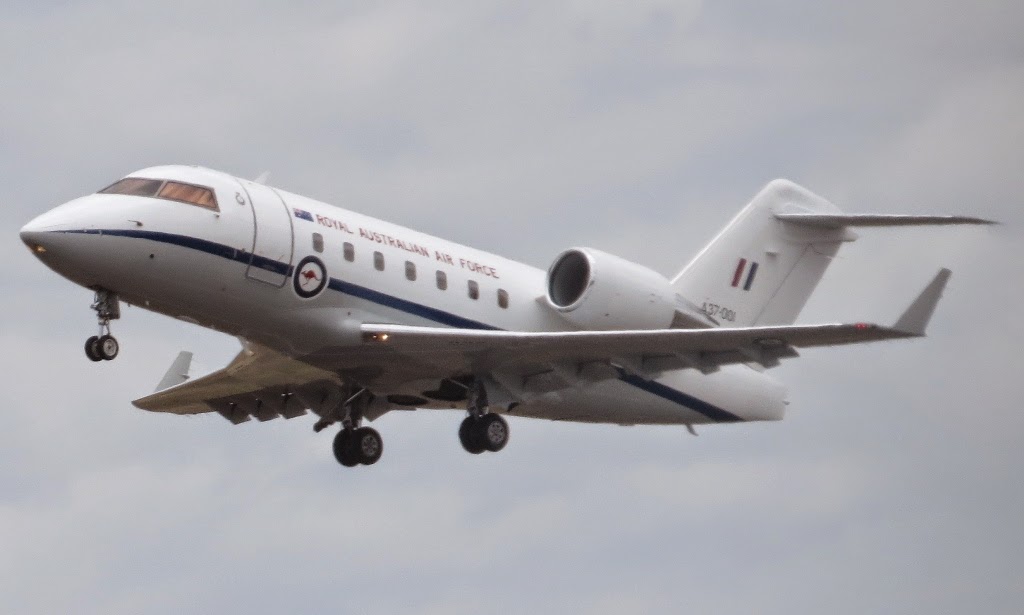 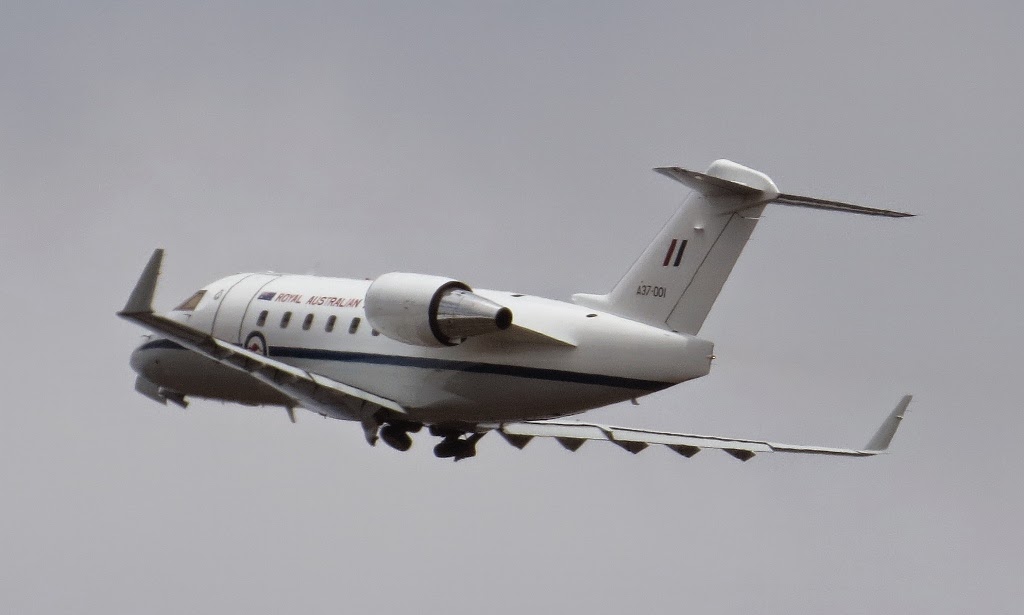 It is believed that A37-001 may have dropped off dignitaries that were then flown to the Shoalwater Bay Training Area on board three Republic of Singapore Air Force (RSAF)  Aerospatiale / Eurocopter AS332M Super Puma helicopters. 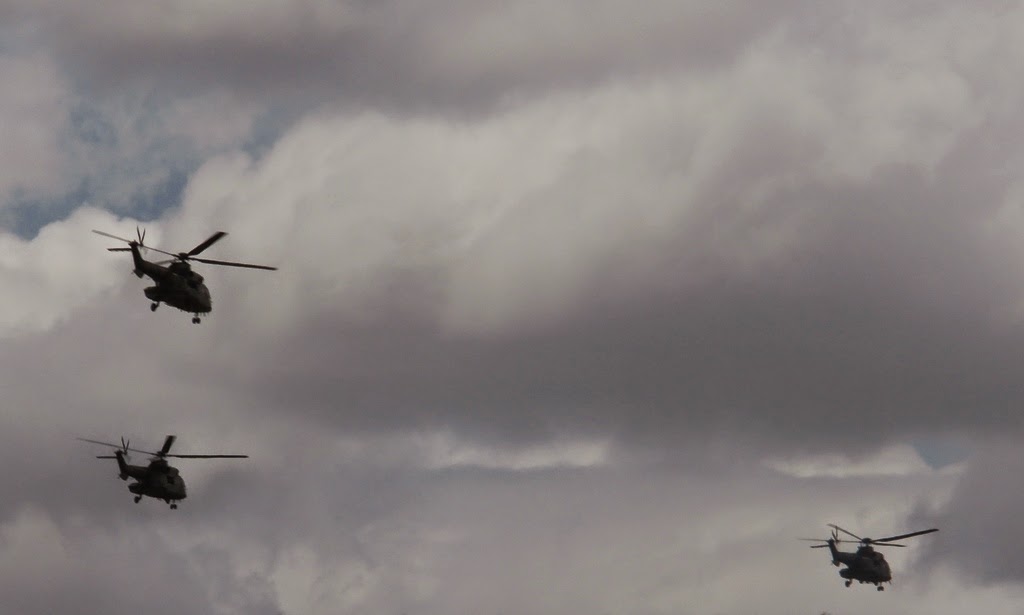 It is also believed that A37-001 returned to Rocky later on Saturday from Canberra and departed back there a short while later.  This time is was flying as "Envoy 75". 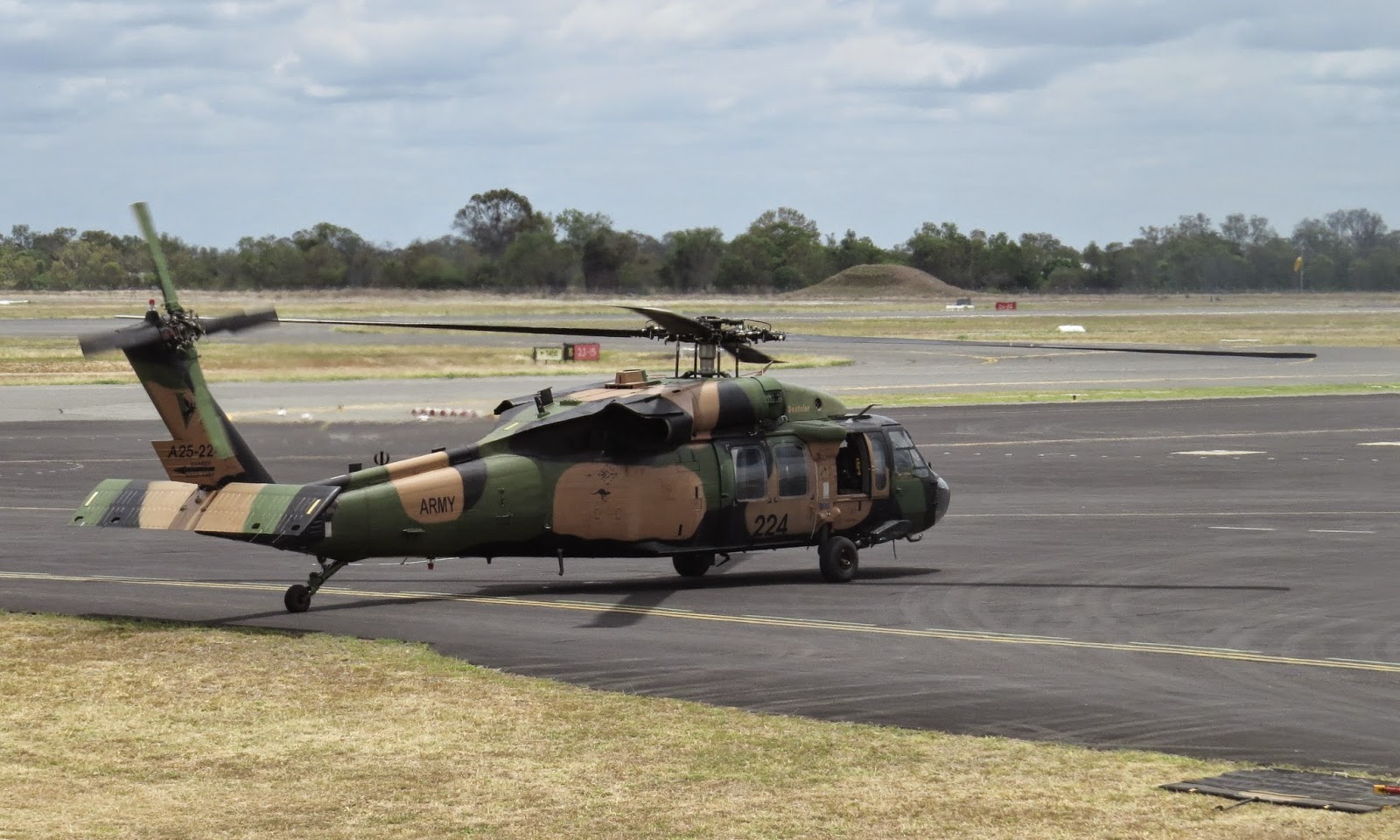 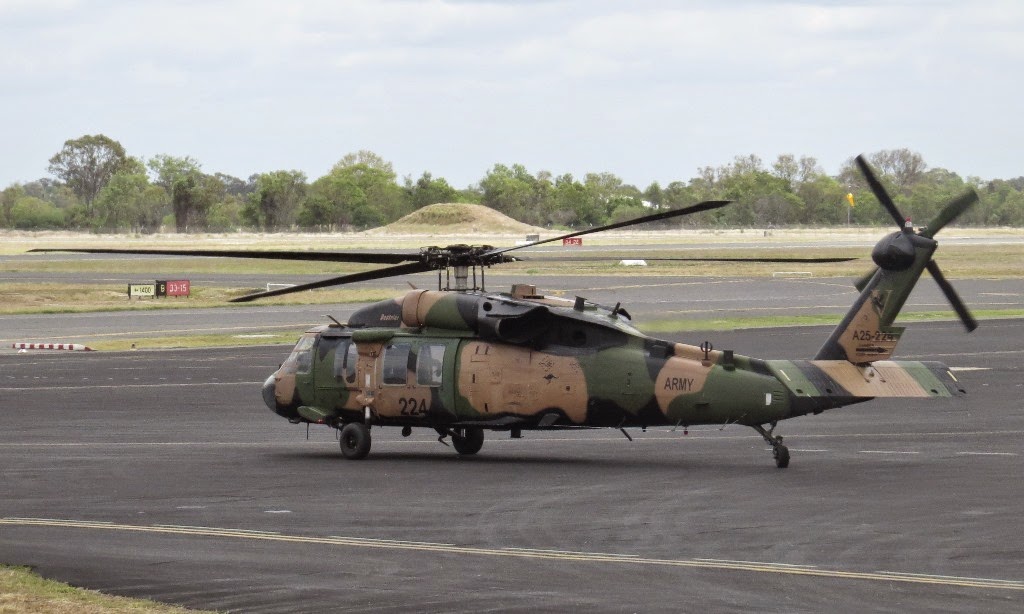 Flying as "Warhorse 224", the Blackhawk took on fuel at Rocky before departing South to Bundaberg. 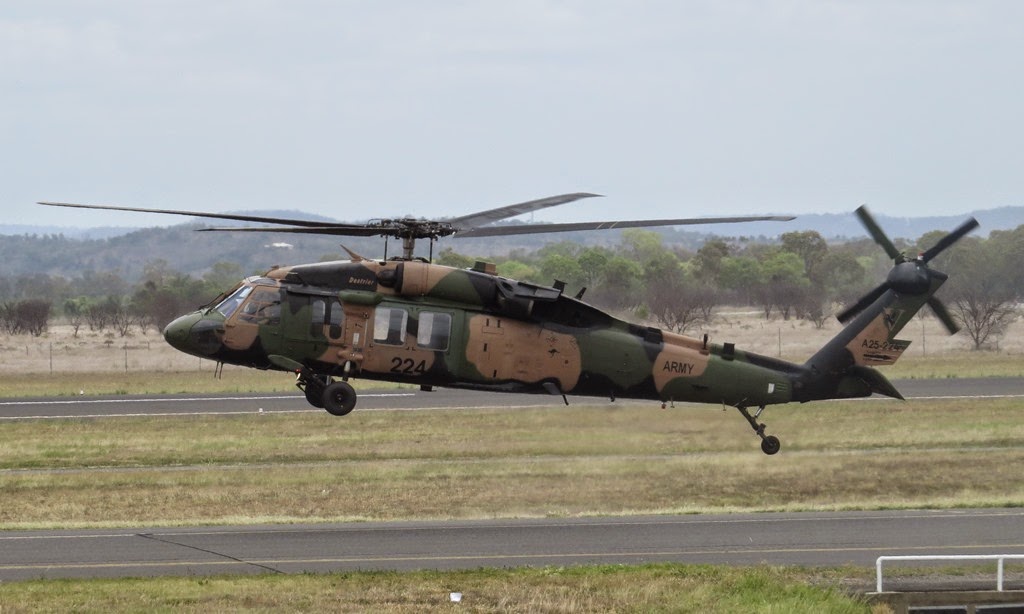 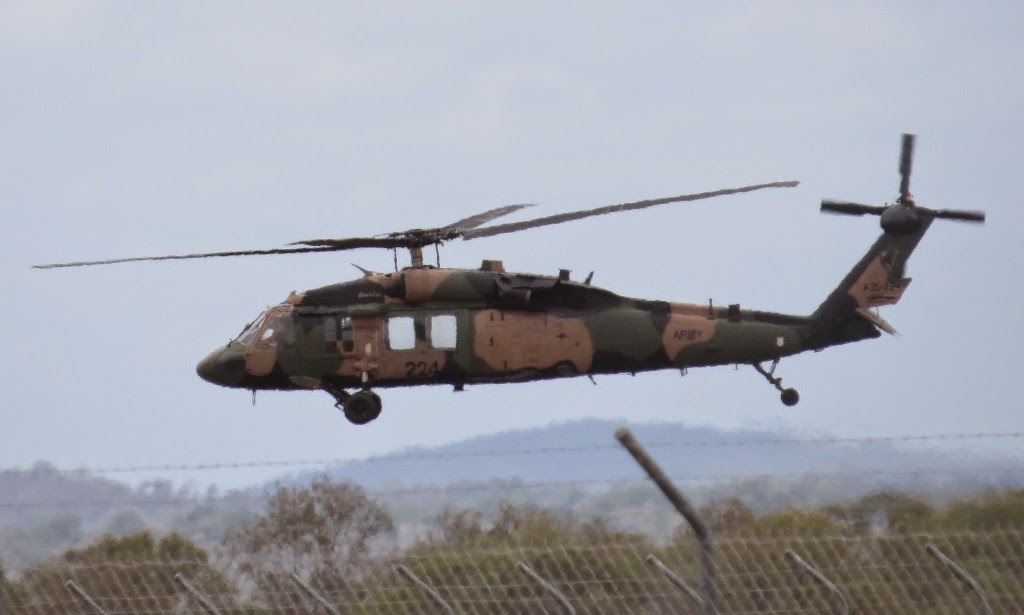 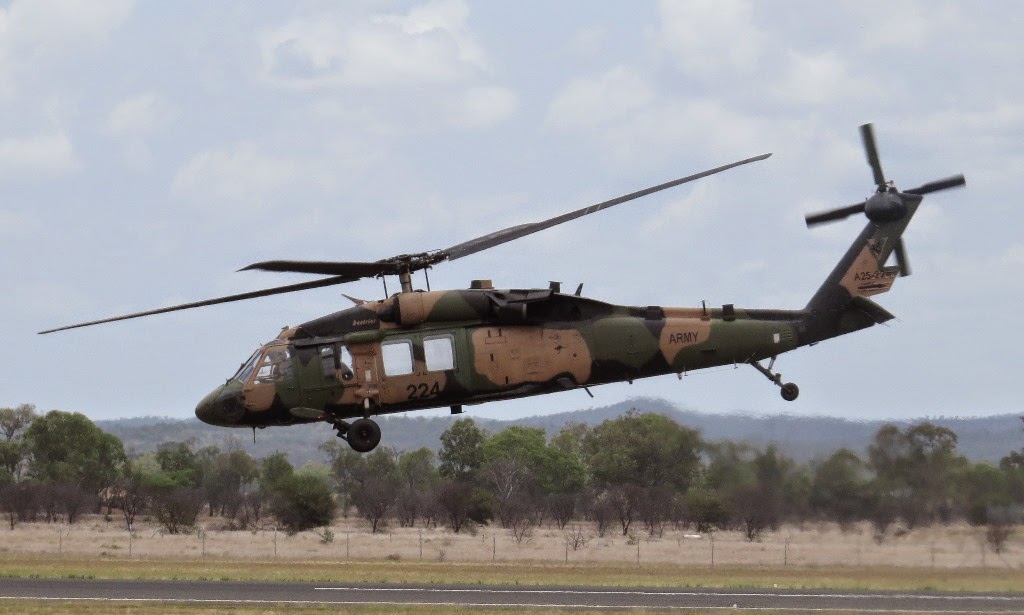 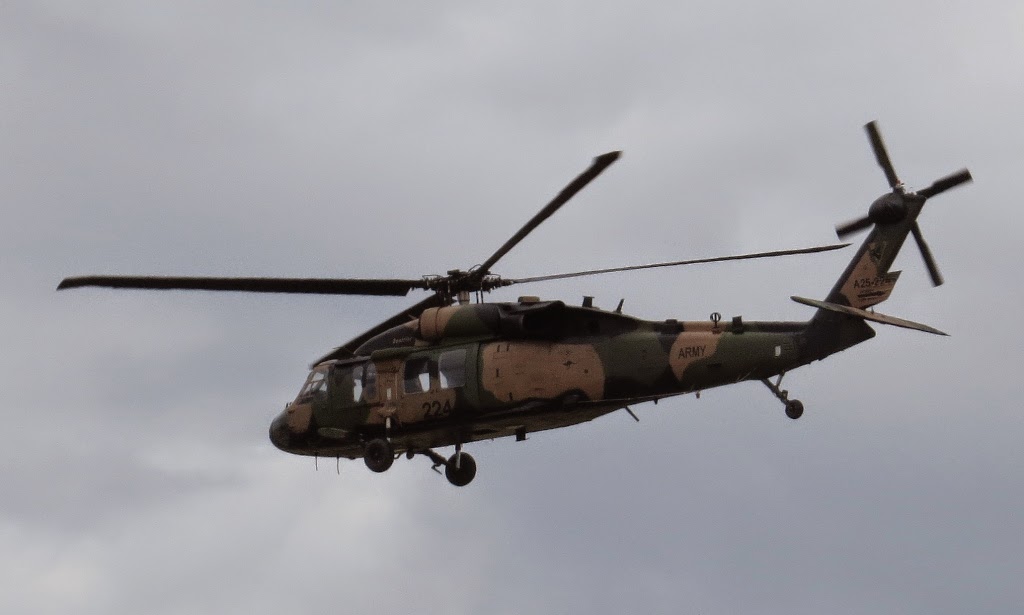 Thanks to Kayanne H and Trevor H for also capturing these great photos!