Widely reported that massive storms hit Brisbane late on Thursday 27 November causing wide-spread damage to property as well as several injuries to local residents.  But as time goes on, it has emerged that there was also damage to several aircraft and buildings at Brisbane's General Aviation (GA) Airport at Archerfield. 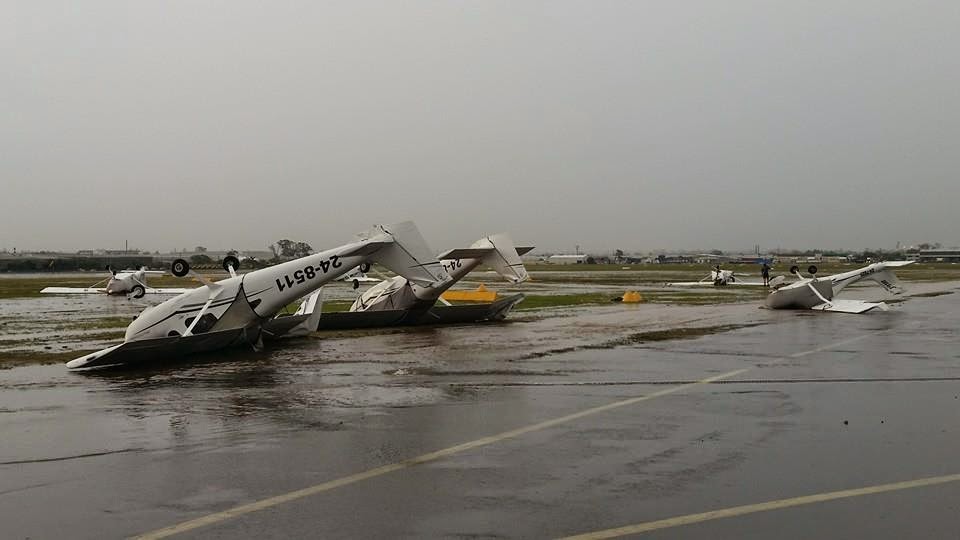 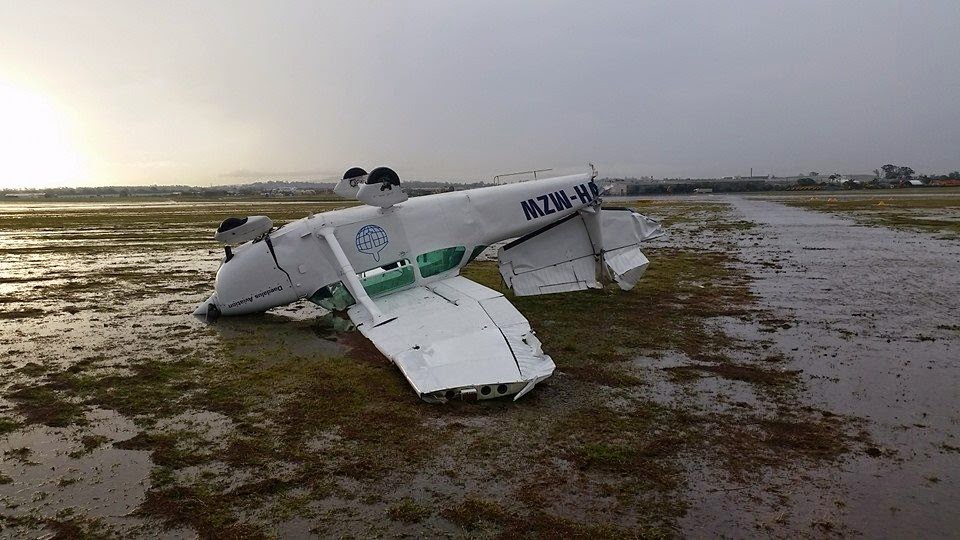 
However, VH-CBT wasn't the only aircraft damaged.  Local plane spotter BvD noted the following aircraft either blown over or damaged at Archerfield:

The CareFlight hangar at Archerfield had part of wall blown out causing minor damage to the resident Rescue Helicopter.

UPDATE!  On Friday 28 November, I was made aware of the following additional damage to aircraft and facilities at Archerfield Airport...

VH-IVZ Cessna 152
At Exec Helicopters the side of hanger was gone with VH-EHY EC-130B plus one other inside.
At Flying Fighters, the hanger doors were down in front of hanger with VH-DRP Cessna 310R, VH-FLX PA-38-112. VH-CFR PA-38-112 parked in front with suspected damage.

Also there were several other aircraft that had hail damage that were parked around the field.

Meanwhile, flights into Brisbane Airport late on Thursday 27 November were either delayed or diverted.  Of interest, the VOZ1720 flight from Gladstone to Brisbane - operated by Embraer E-190 VH-ZPR - took the 'long way' to get to Brisbane, turning an hour-long flight into an hour-and-three-quarter flight - as shown below.  And the evening QantasLink QLK2533 Dash-8-Q400 flight from Longreach to Brisbane diverted to Hervey Bay / Fraser Coast Airport.


Certainly some scary sights and sounds from the storms!