Rockhampton plane spotter Phil M travelled to sea-side Emu Park on the Capricorn Coast in mid-September and has captured and sent through some stunning photos of the Capricorn Helicopter Rescue Service (CHRS) / Australian Helicopters Bell 412EP VH-EPR as it completed a water winching training exercise. 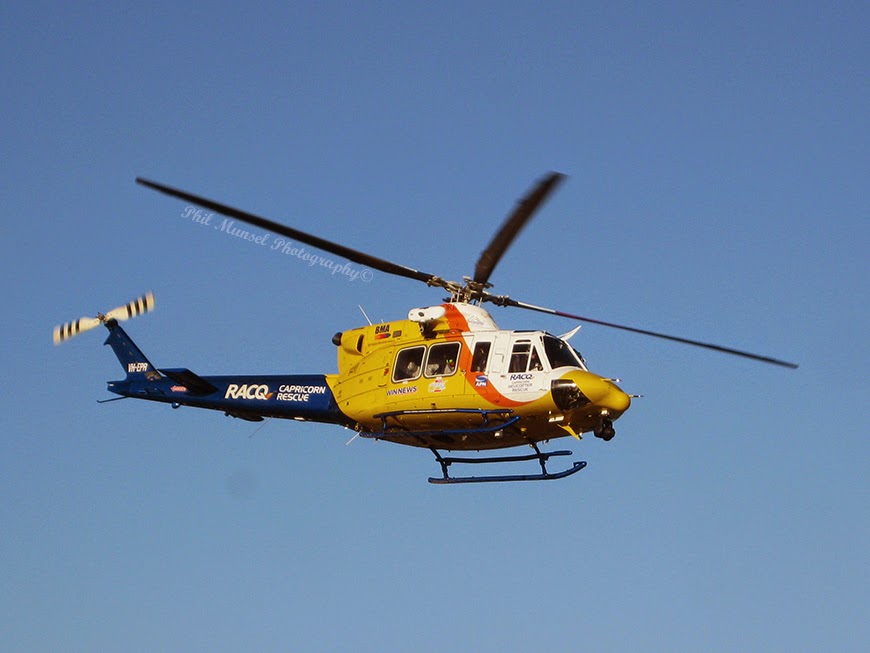 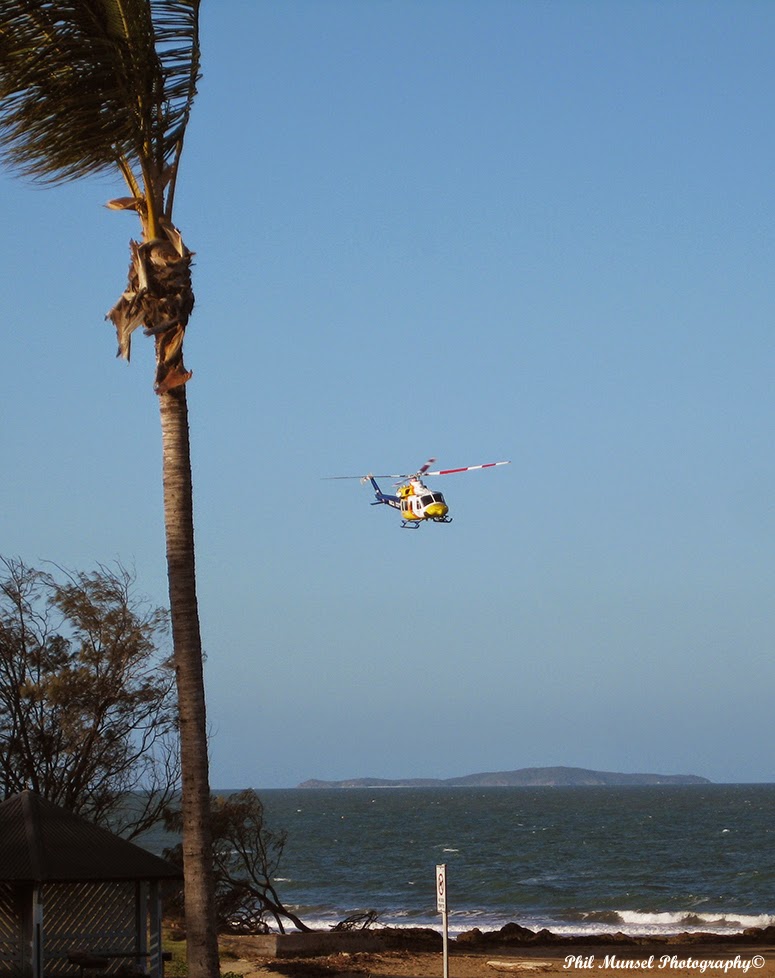 Departing from 'Keppel Coast Kustoms', the ride took in locations such as Byfield, Cawarral and Keppel Sands before finishing approximately 200km later at Emu Park, where a short while later, VH-EPR performed a water winch training display adjacent to the surf lifesaving club. 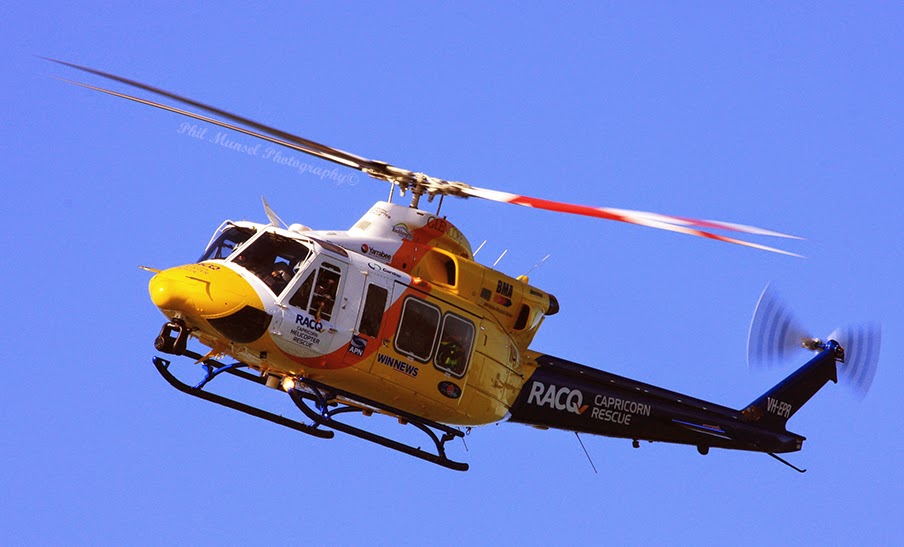 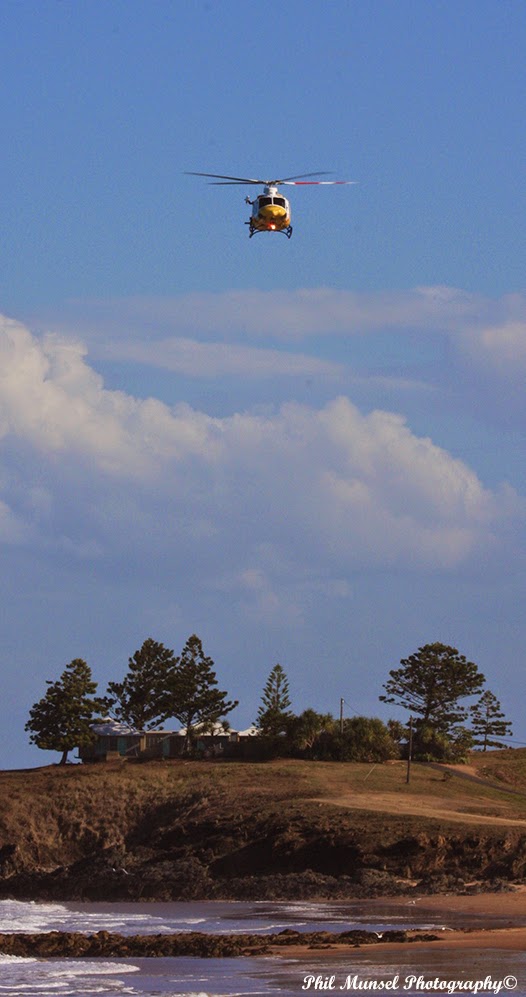 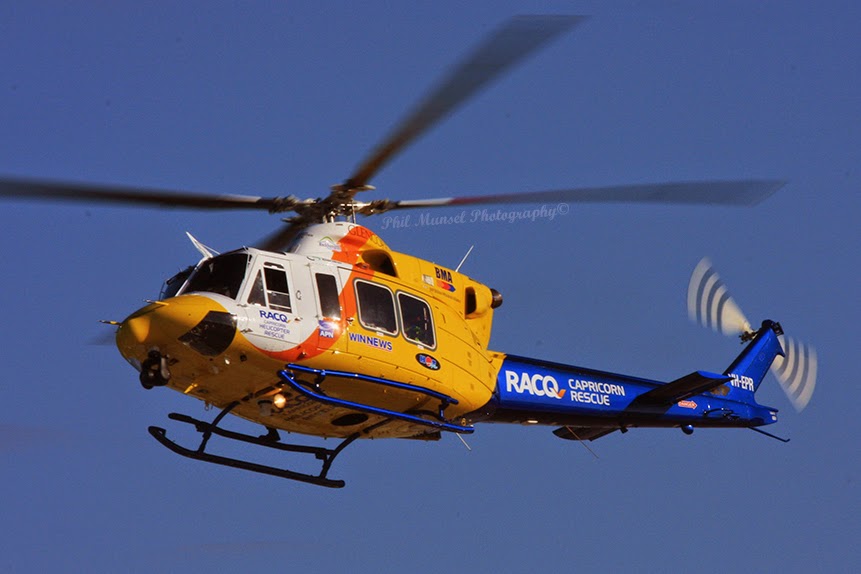 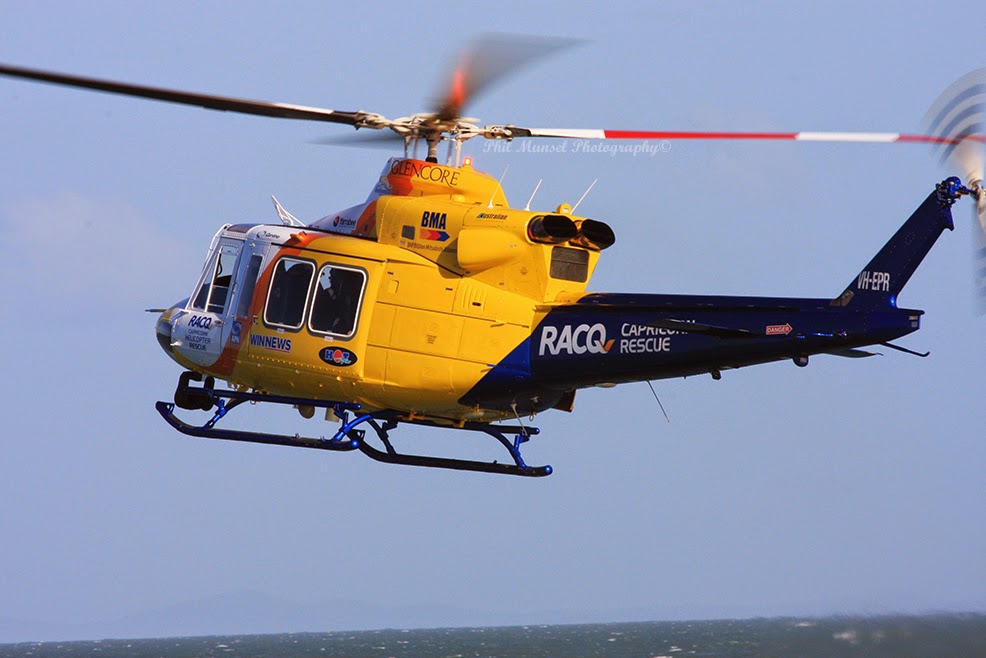 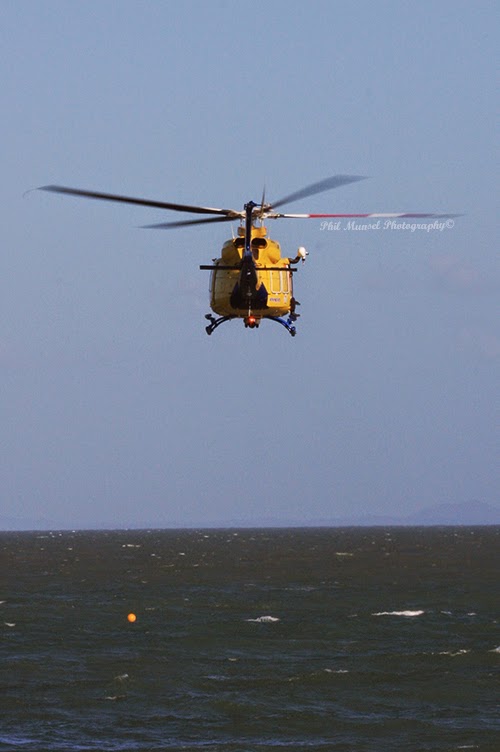 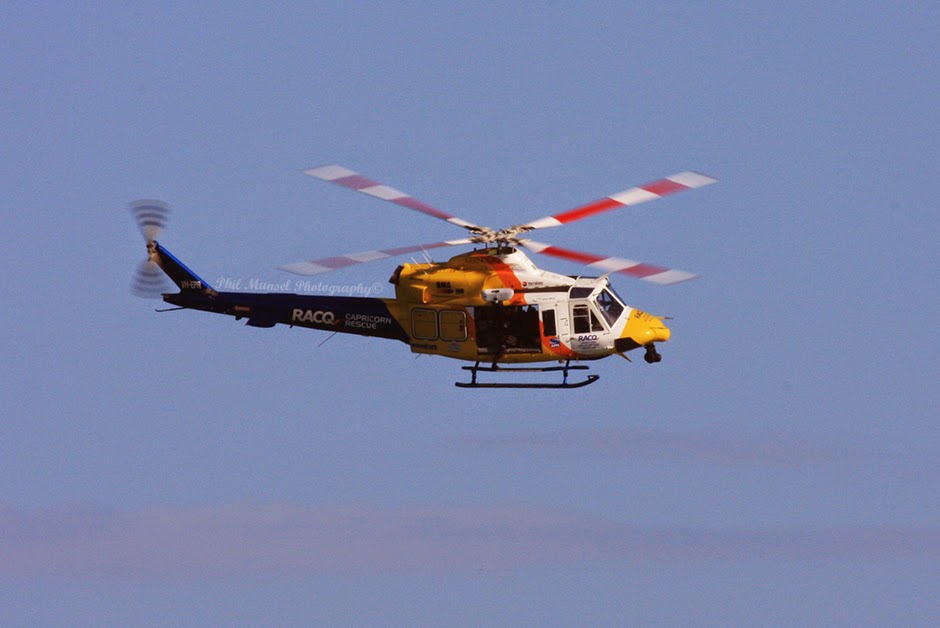 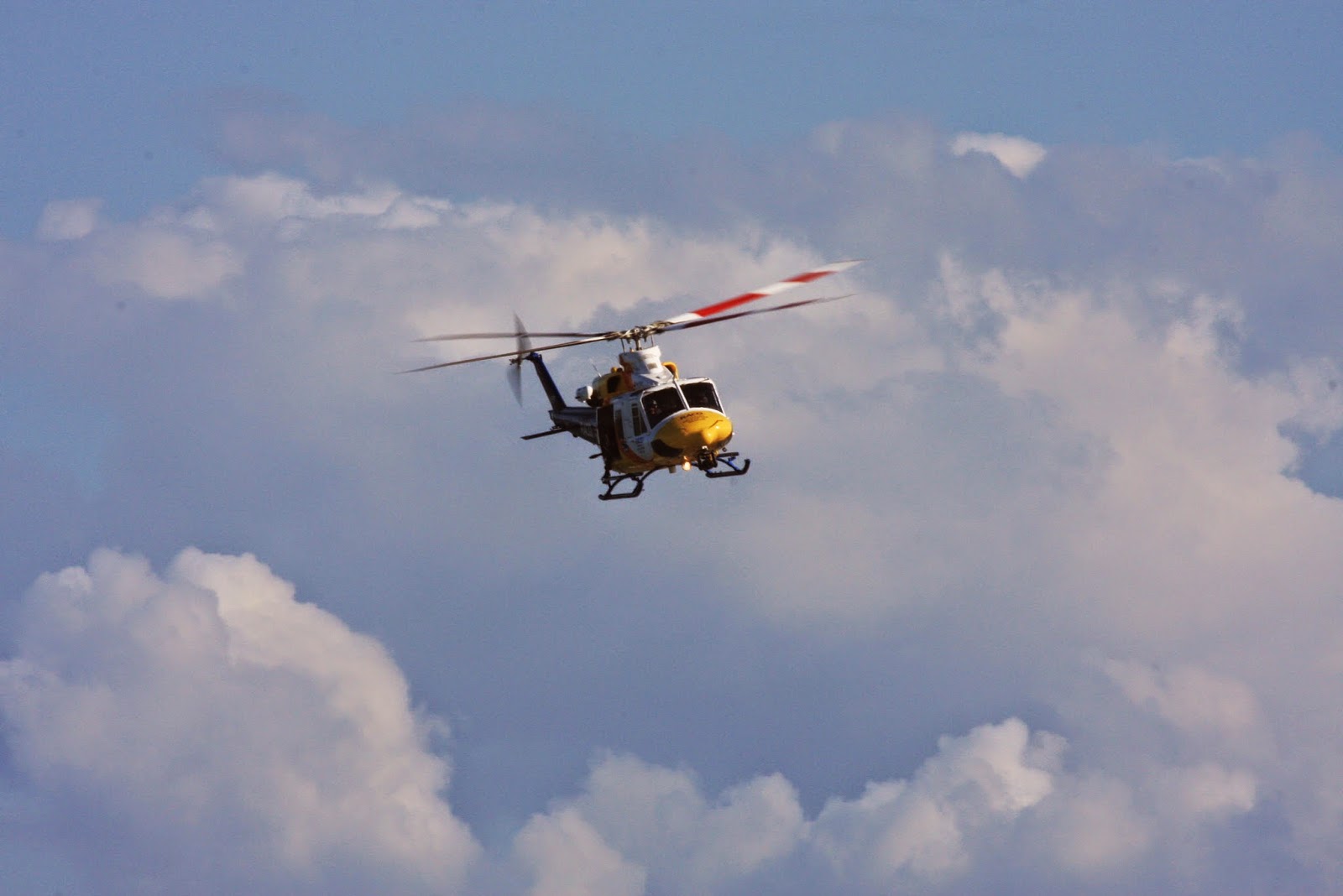 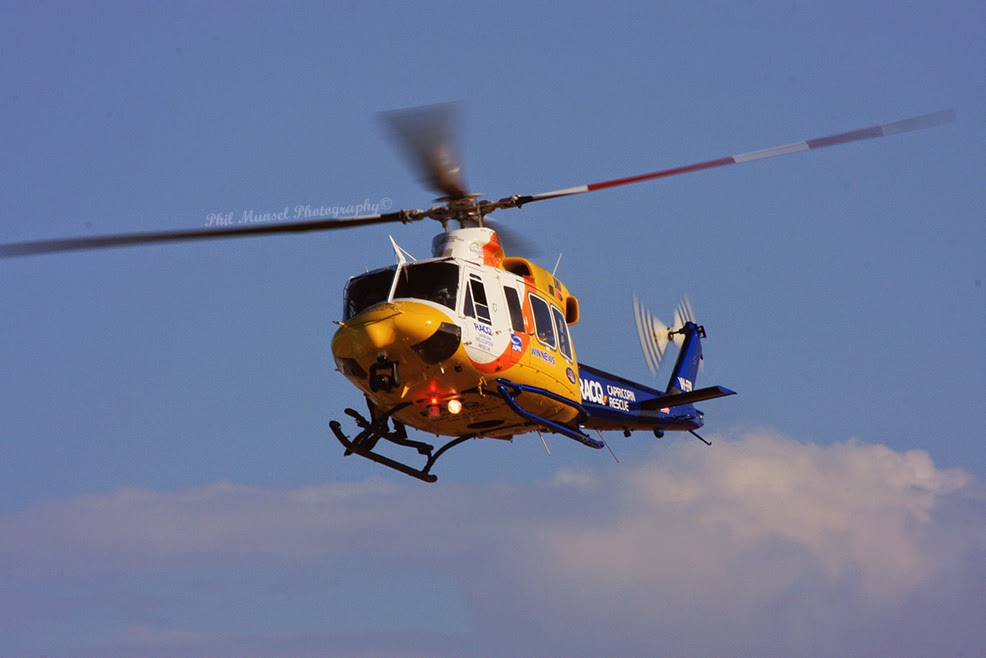 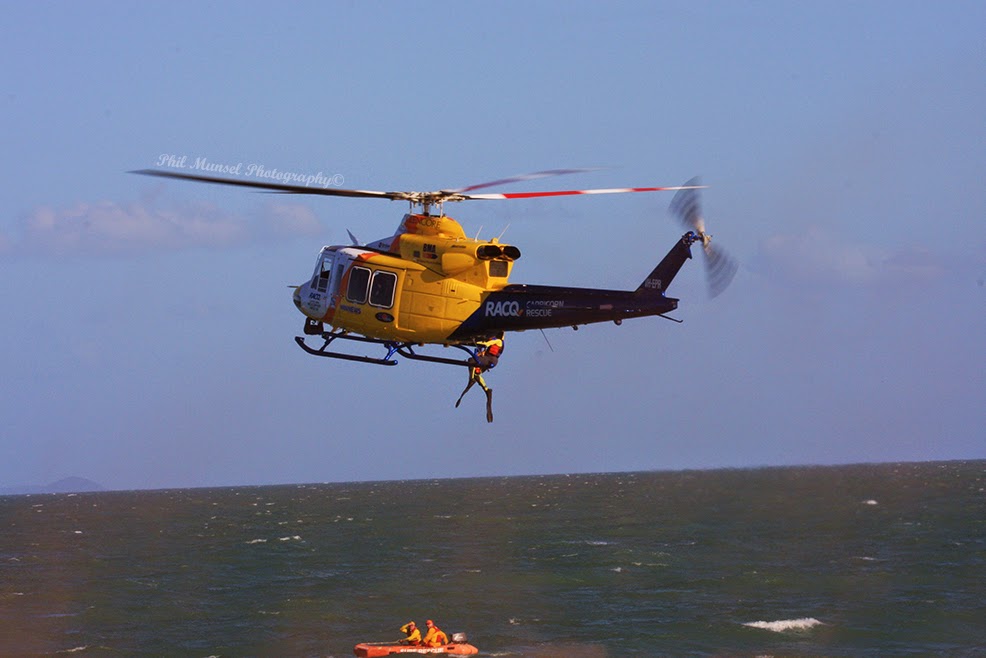 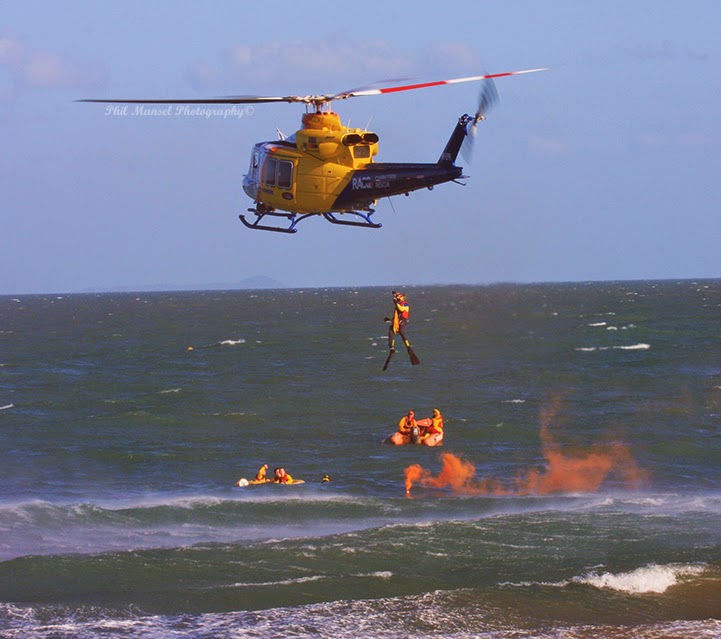 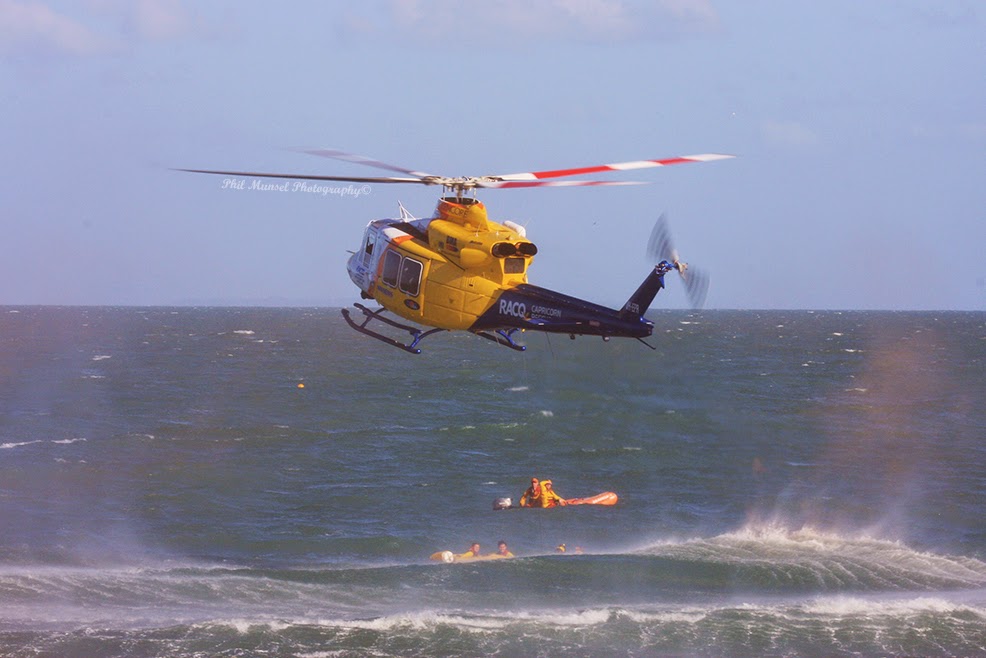 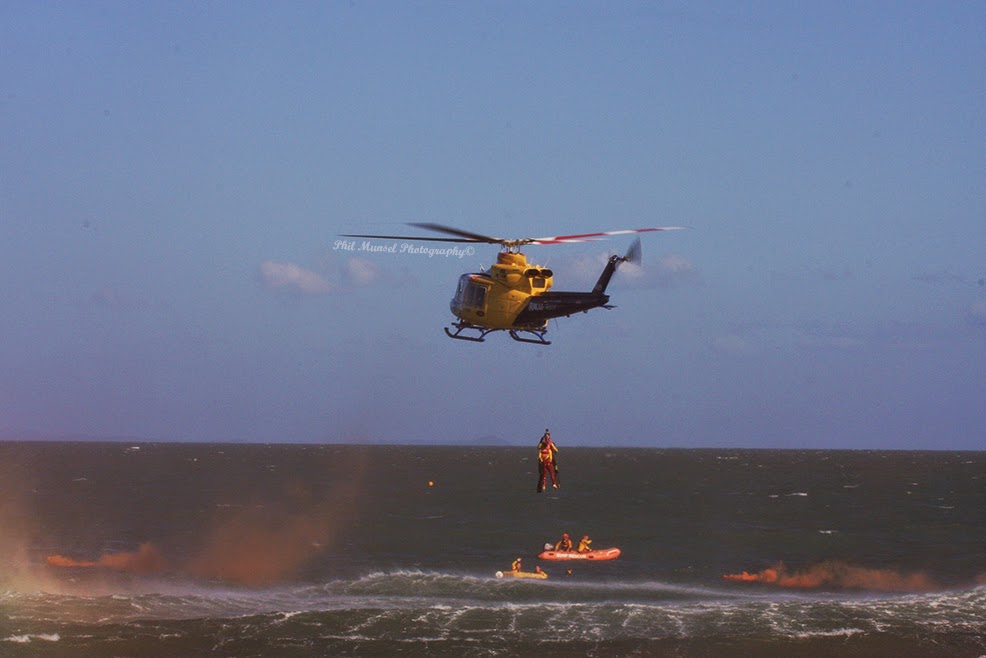 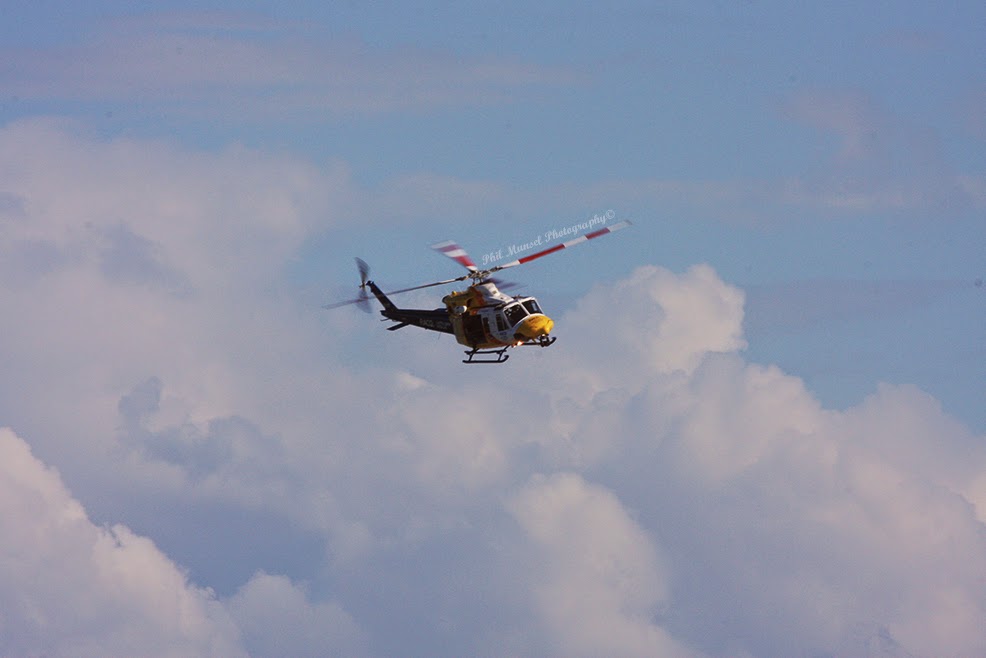 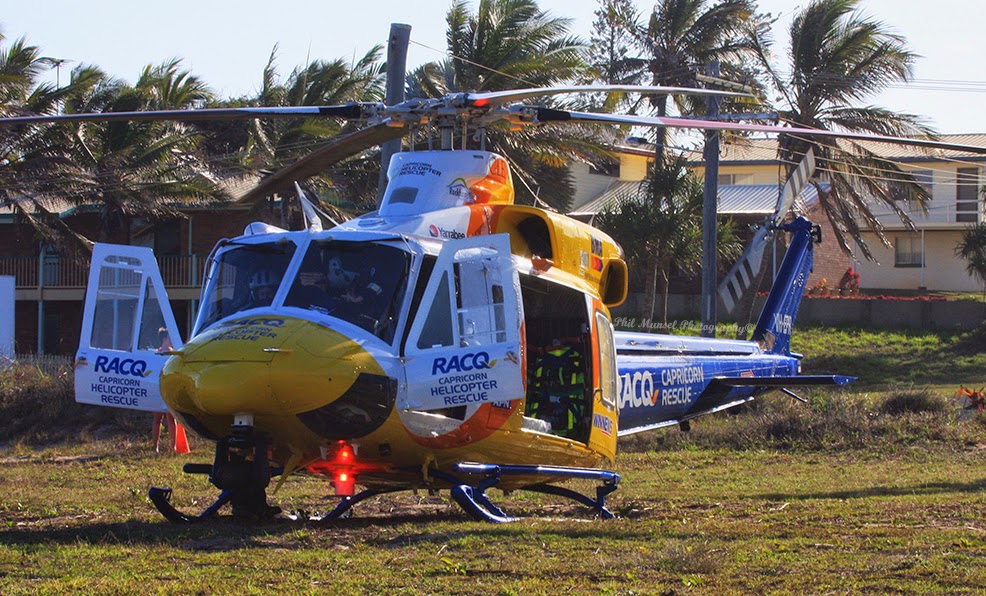 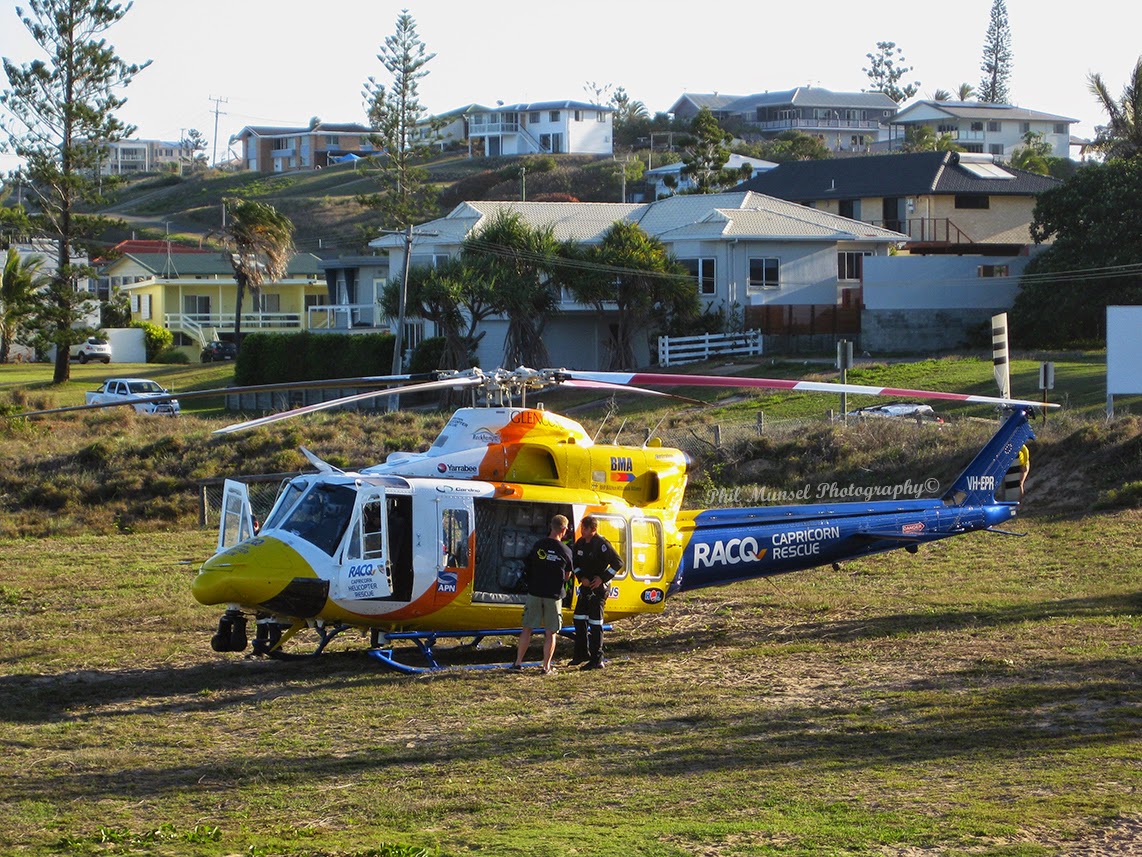 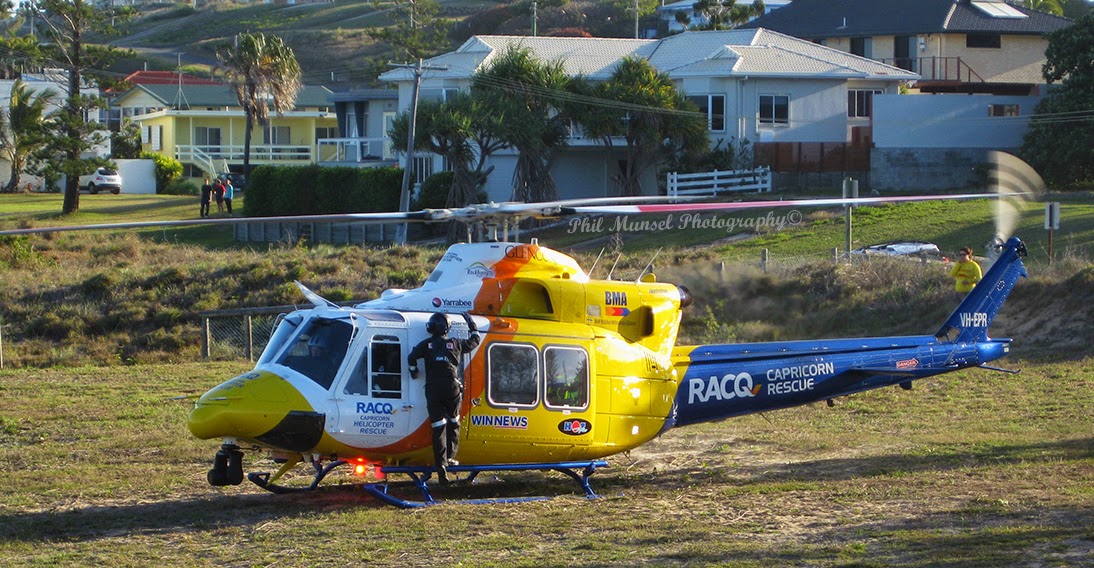 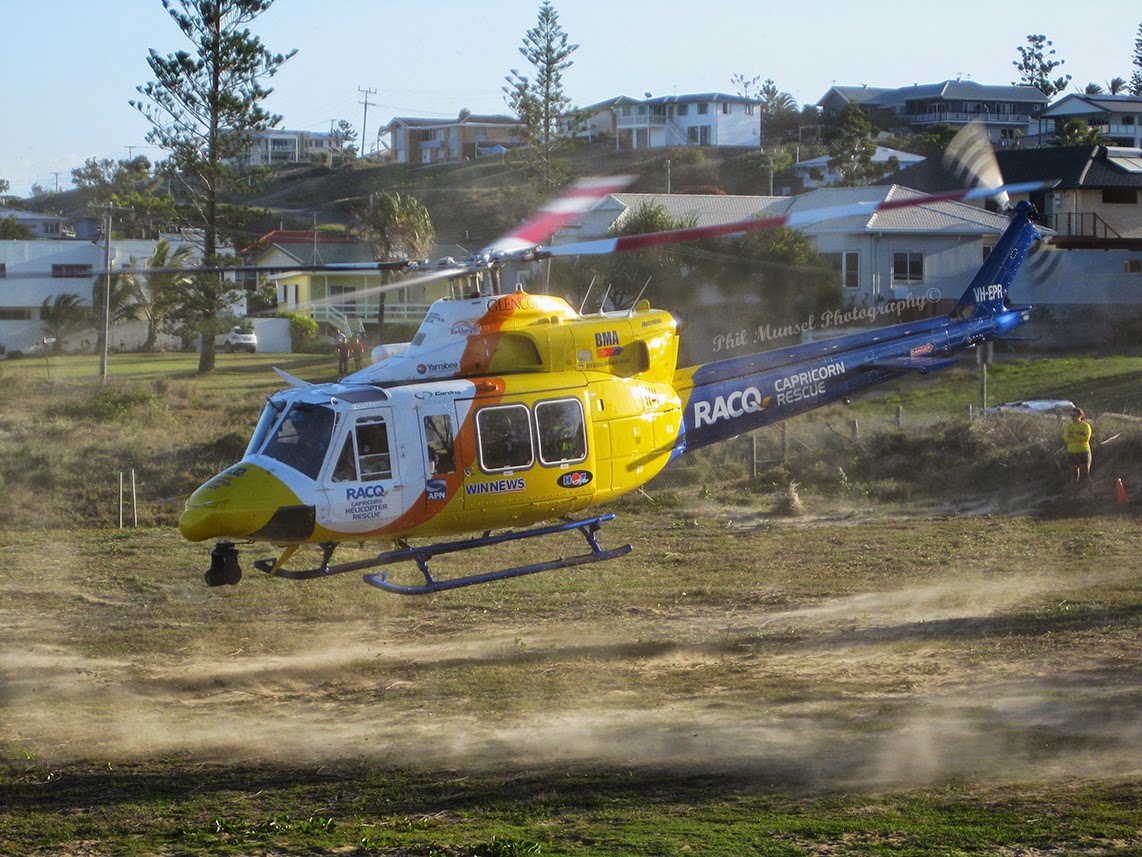 Finally, a reminder that both the Capricorn Helicopter Rescue Service (CHRS) and Central Queensland Rescue Helicopter Service (CQ Rescue) will both be hosting open days as a part of "Rescue Chopper Day" on Saturday 8 November. 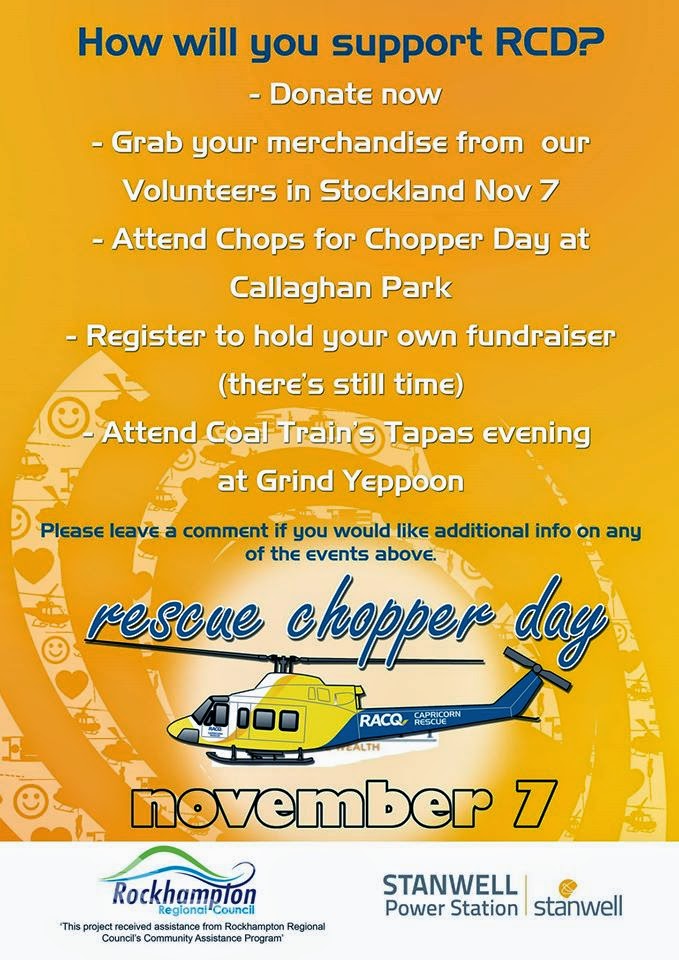 The CHRS "Family Fun Open Day" will be held at its Rockhampton Airport facility between 10.00am - 2.00pm on Saturday.  It will provide a fabulous opportunity to not only meet the wonderful staff but take a closer look at VH-EPR and supporting facilities.

And up the road at Mackay Airport, CQ Rescue will be hosting a similar "Community Open Day" at it their base hangar on Saturday between 9.00am - 11.00am also allowing the general public to take a closer look at the facilities and helicopter VH-CQJ. 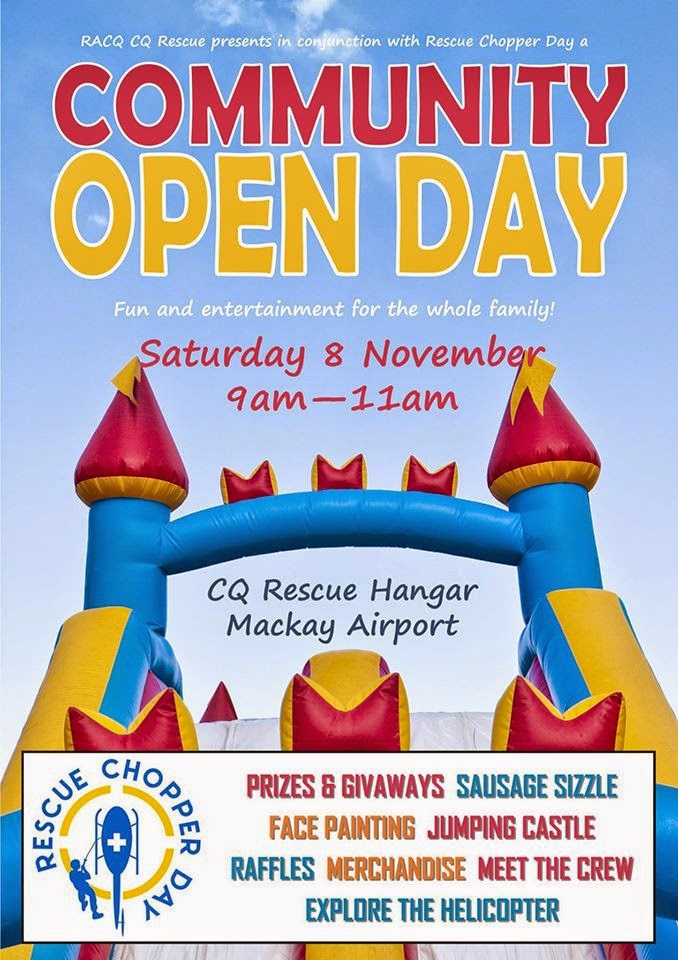 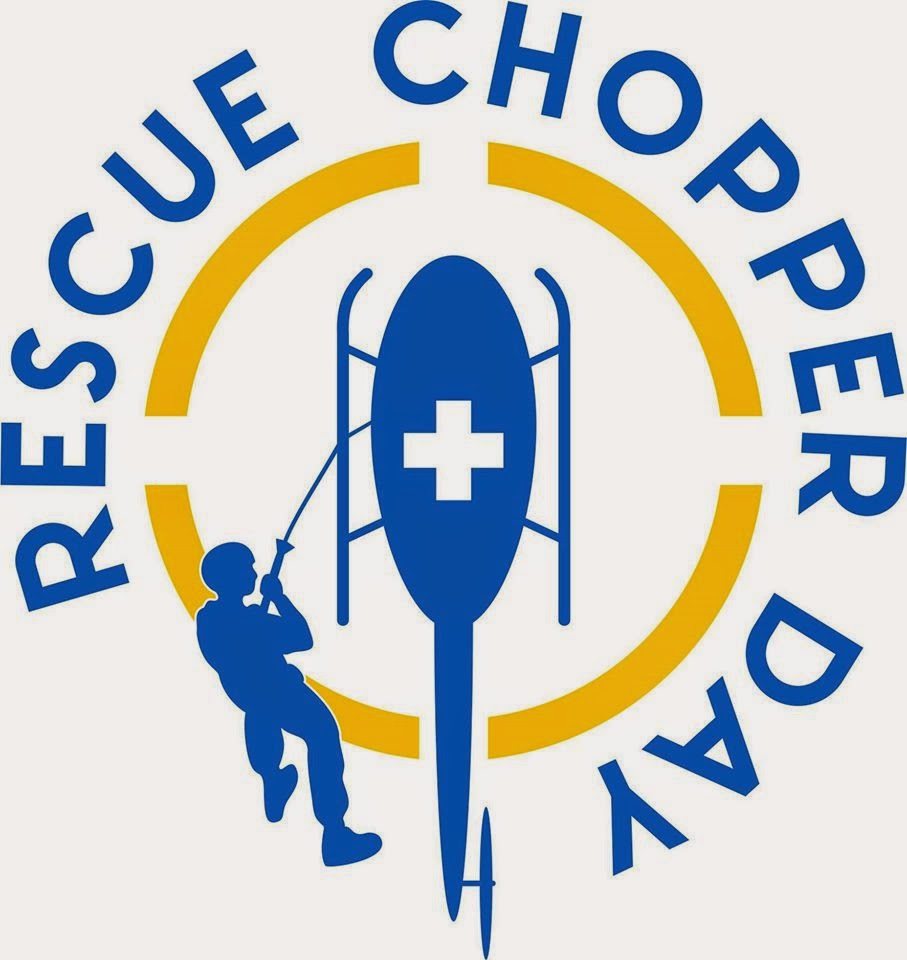 A massive thanks to Phil M for capturing and sending through these truly stunning photos!