A Few Other Recent Movements Captured at Rockhmpton Airport

While the Volga-Dnepr Antonov An-124-100 RA-82046 and RAAF missed approaches have been the star attractions at Rockhampton Airport over the last few days, there has also been a few other commercial and General Aviation (GA) movements that have been of interest. 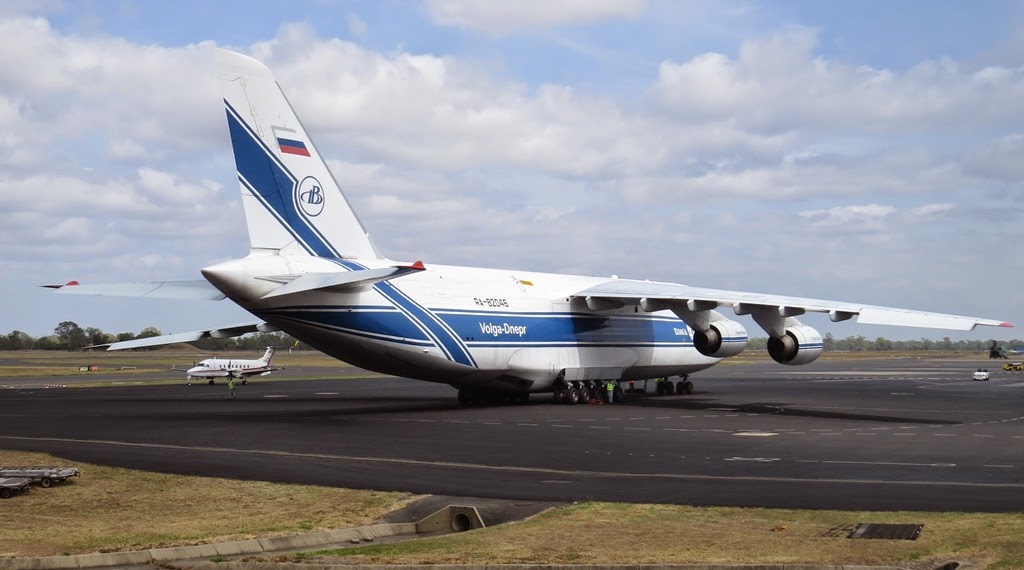 Just prior to the arrival of the Antonov on Wednesday 19 November, the Queensland Government Airwing (State of Queensland) Raytheon Hawker 850XP bizjet VH-SGY touched down in the beef capital from Brisbane.  It later departed to Gladstone and onward to Brisbane.  And as shown above, the Queensland Police Service (Airwing) Raytheon B1900D VH-PSK touched down soon after the Antonov on Wednesday.  Of interest, VH-PSK was back on the 'coastal run' on Monday, Wednesday and Friday, calling into several airports including Rocky. 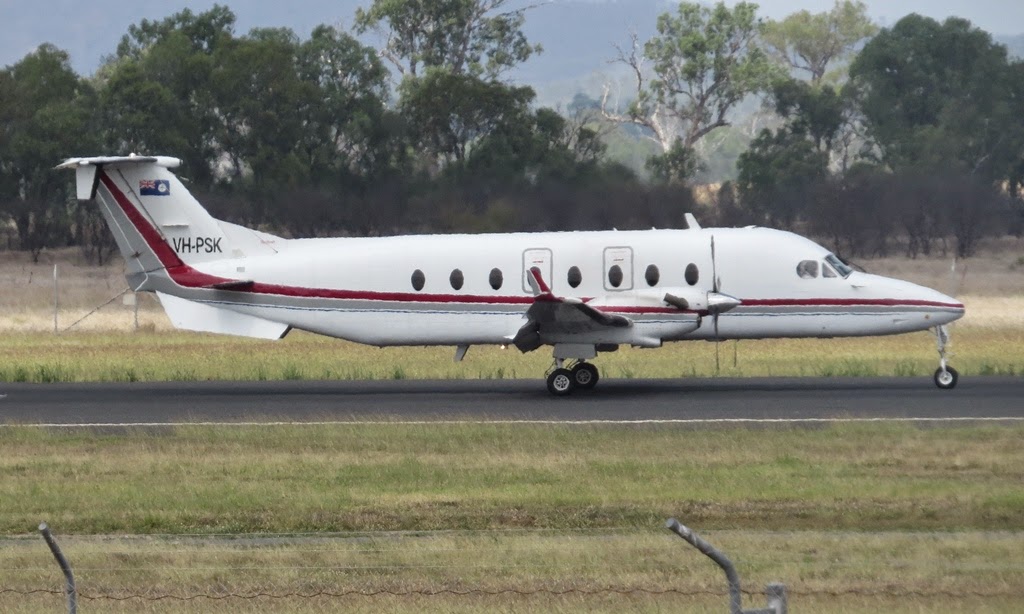 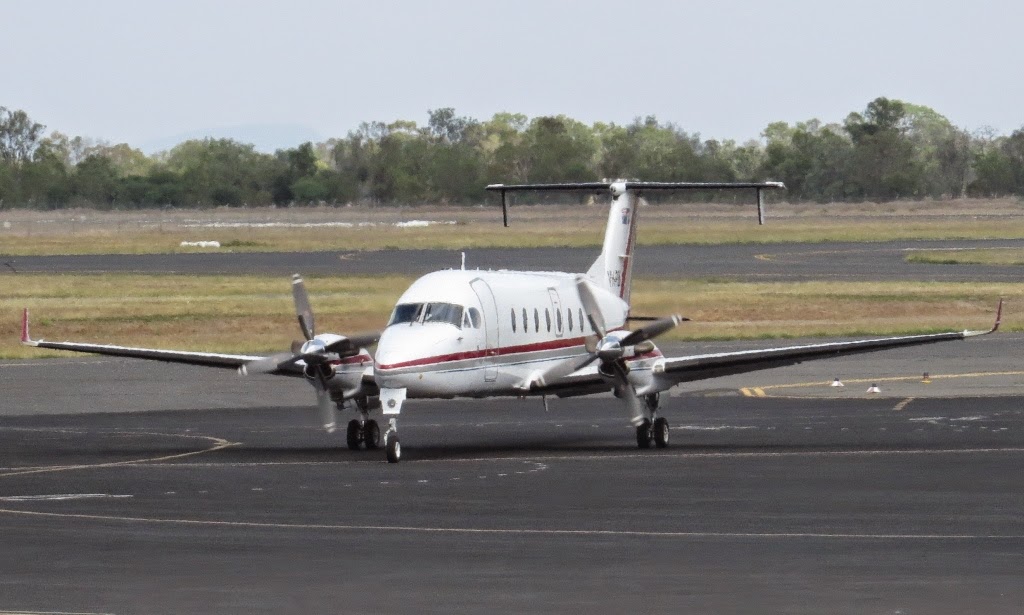 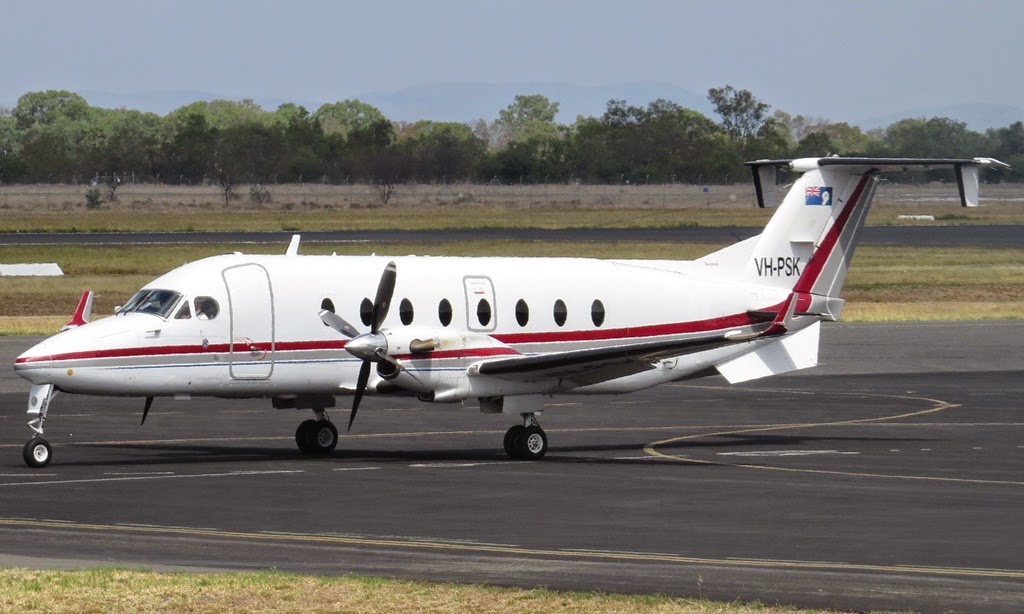 On Thursday 20 November, Virgin Australia Boeing B737-800 VH-VOT operated a scheduled service to Rocky from and back to Brisbane as VOZ1245/1248. 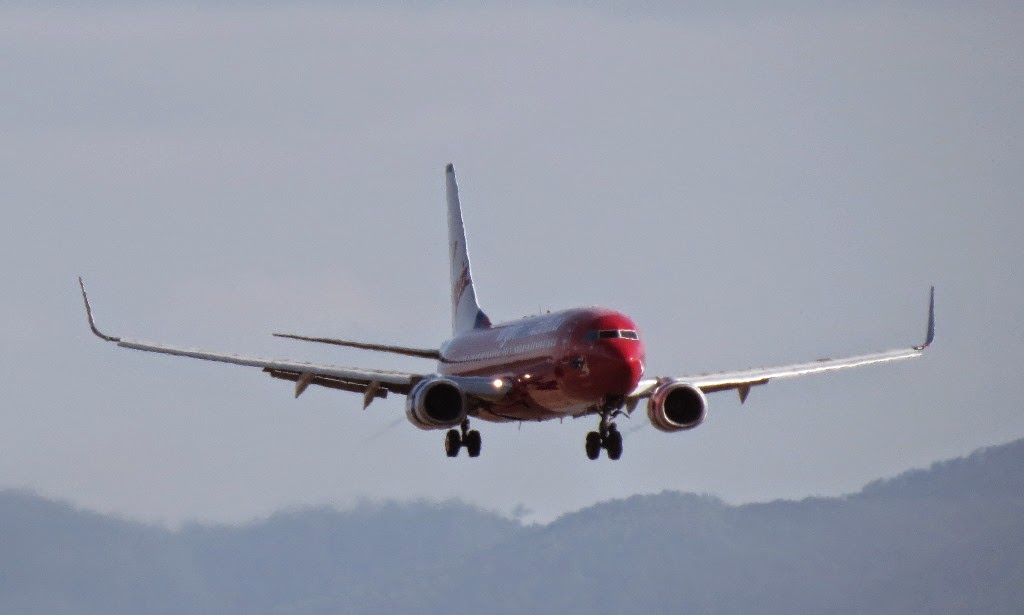 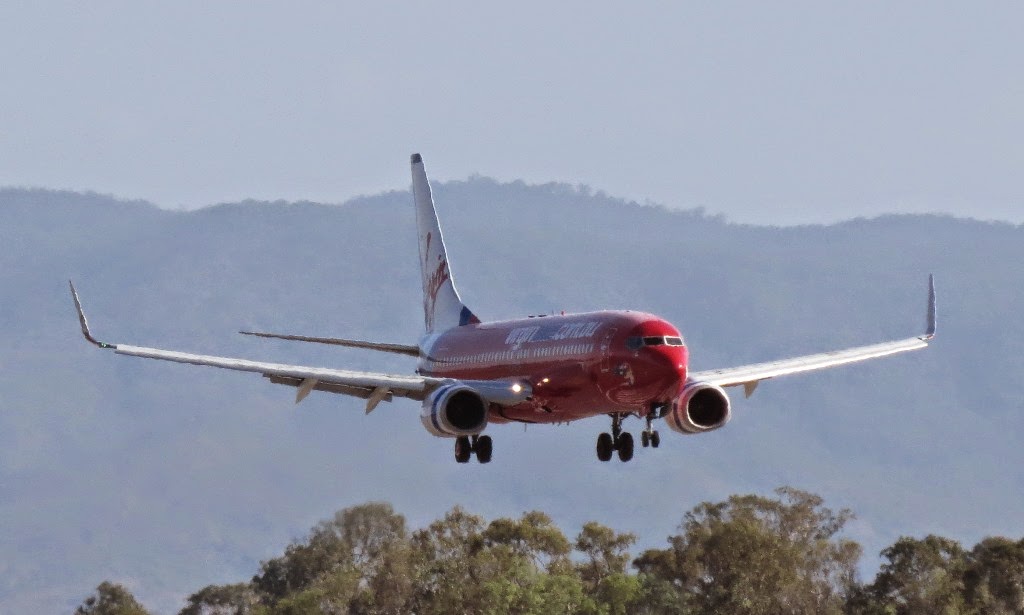 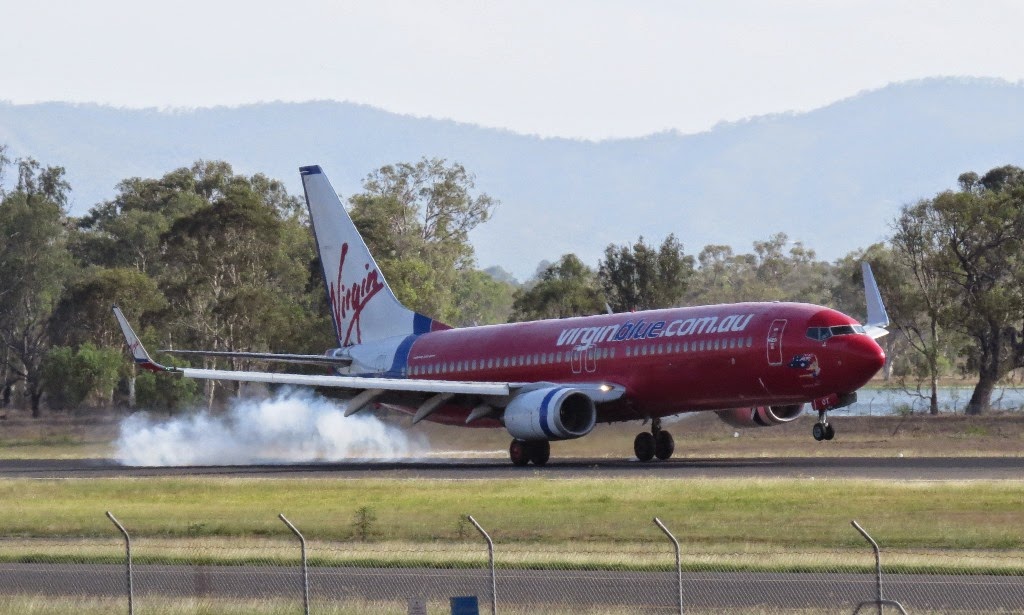 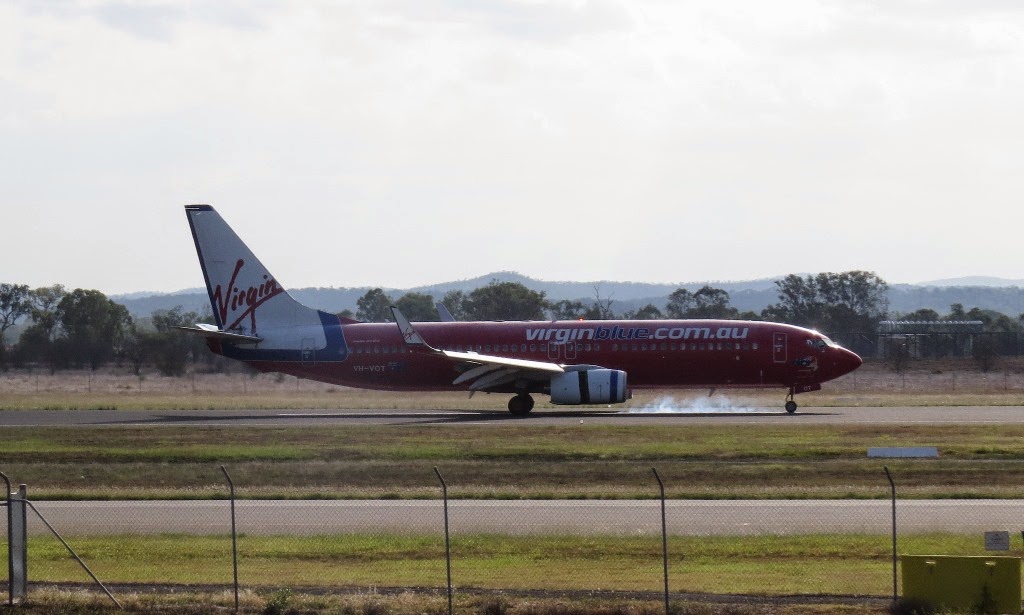 At the time, VH-VOT was one of only five Virgin Australia aircraft to still wear the old red colours of Virgin Blue.  However, after returning to Brisbane it departed to Townsville and was moved to the resident 'Flying Colours' paintshop where it will be re-painted into the white Virgin Australia colour scheme. 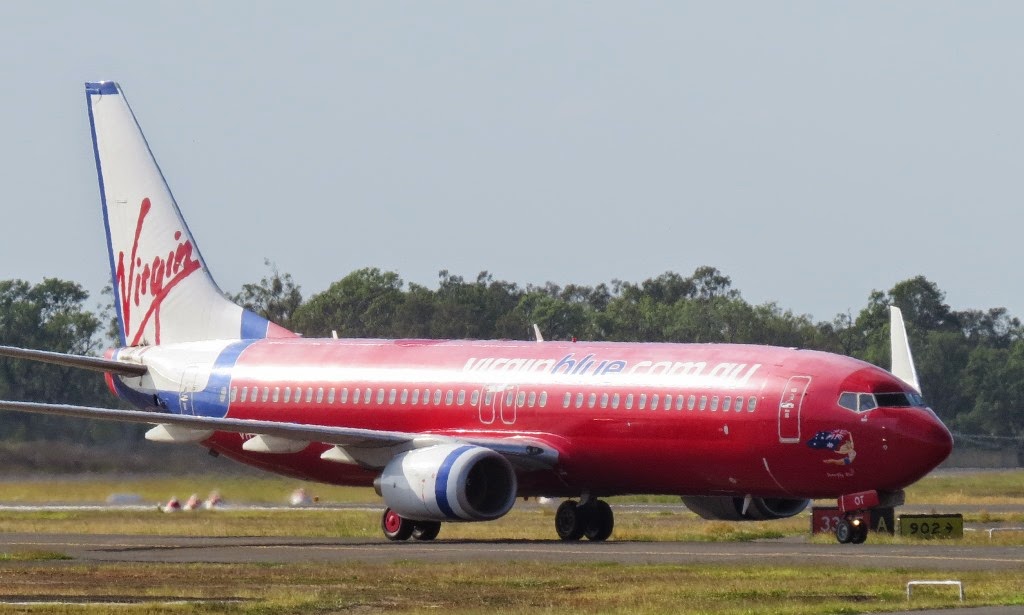 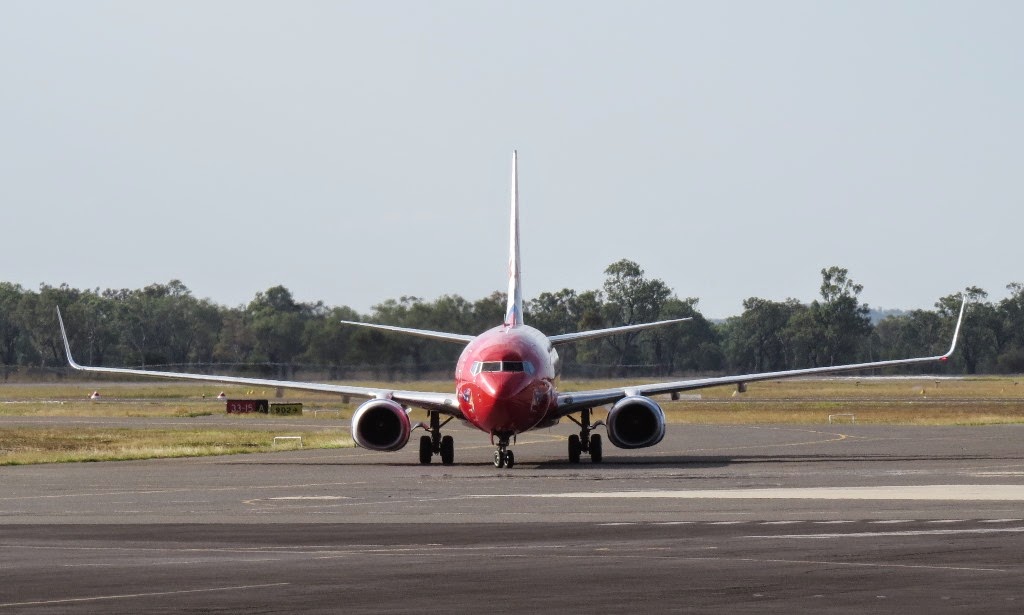 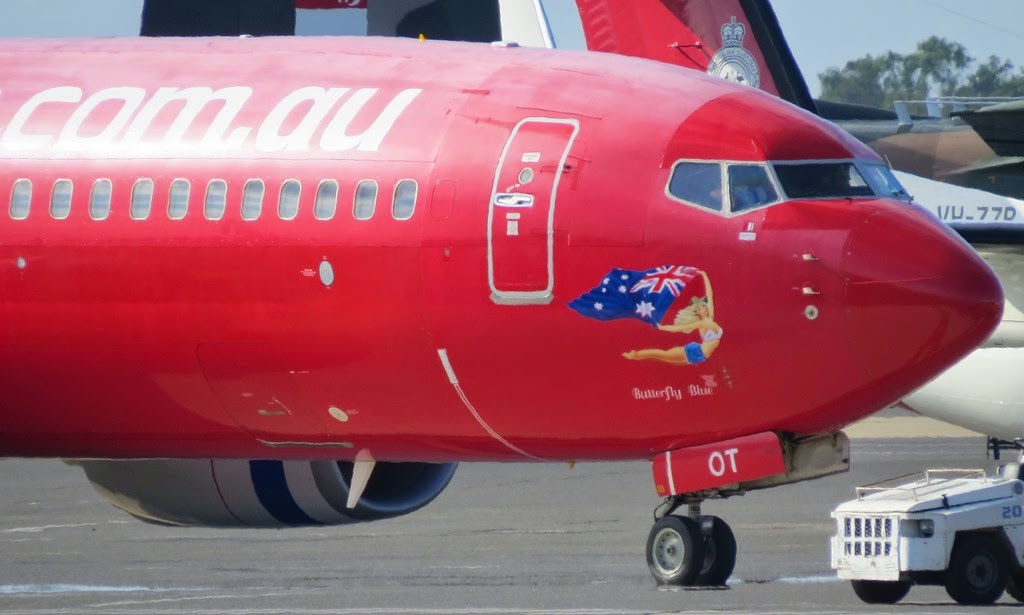 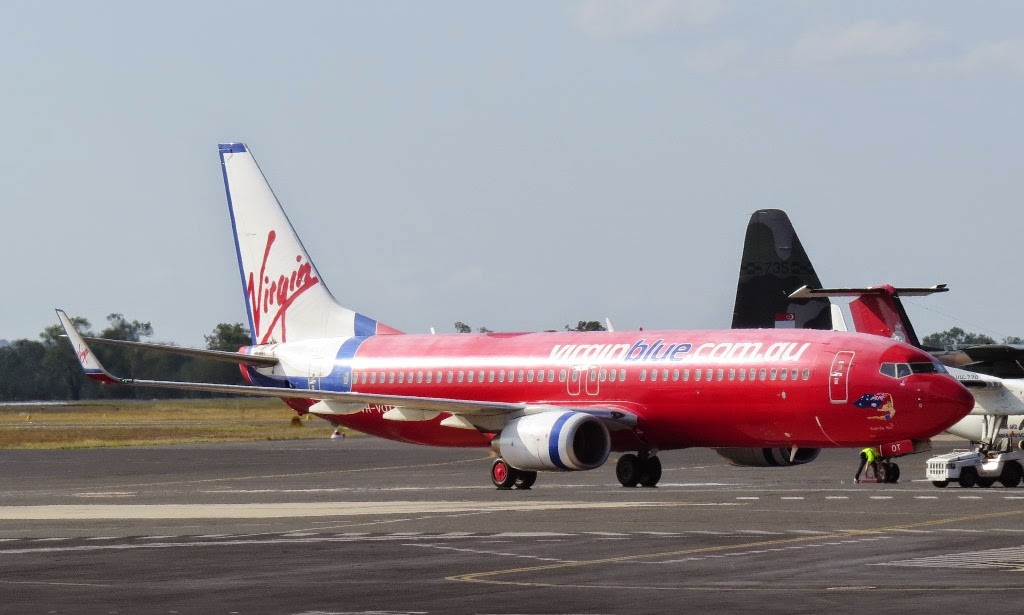 Of interest, Virgin Australia B737-800s VH-VOM and VH-VON have recently emerged from the paintshop in Townsville and have rejoined the Virgin fleet, while Embraer E-190 VH-ZPM - the final Embraer of the fleet to be re-painted - has commenced its journey from Europe home to Australia.

Finally. It's worth mentioning that the Volga-Dnepr Antonov An-124-100 RA-82046 is scheduled to be return to Rockhampton Airport around 9am on Sunday 23 November. Get down to Rocky Airport for this rare (and final) opportunity to see one of the worlds biggest aircraft up close and personal while it is parked close to the fence at the southern end of the Rocky Airport apron!

Photos taken by Kayanne Hardsman and 'IAD'  ©
Posted by Damian F at 8:03 PM