I've ventured to Mackay for the weekend and managed to find some time on Friday 31 October to spend some plane spotting time at Mackay Airport - and I wasn't disappointed with a nice pair of Royal Australian Air Force (RAAF) aircraft calling in - amongst others!. 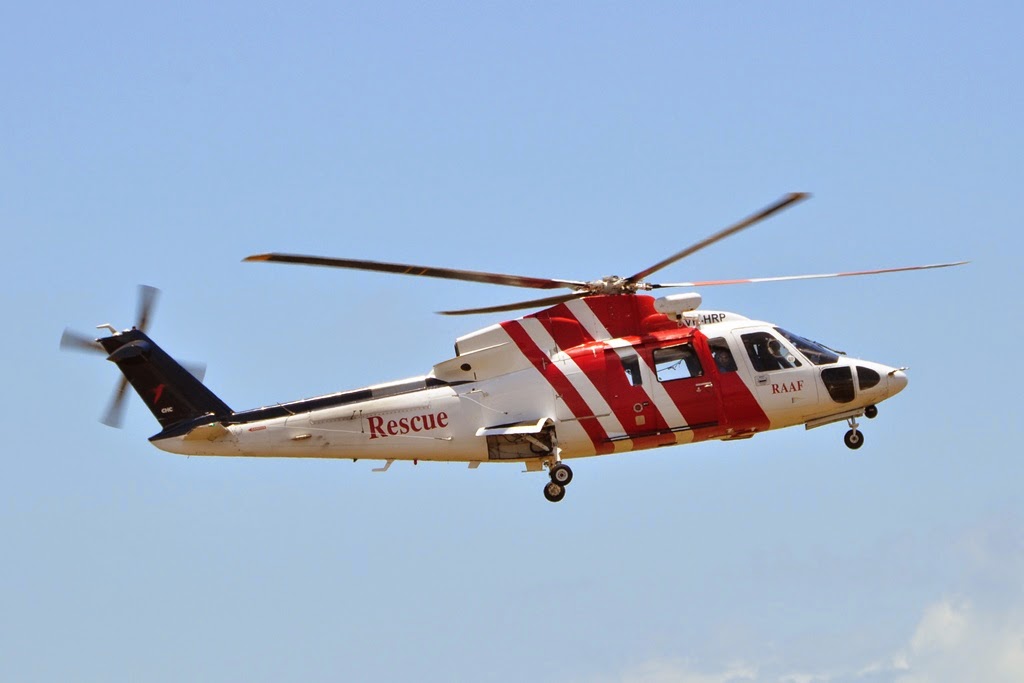 Then later in the afternoon, RAAF Beech B350 Super King Air A32-426 - flying as "Dingo 64" - completed some airwork at Mackay Airport - including three missed touch-and-go's. 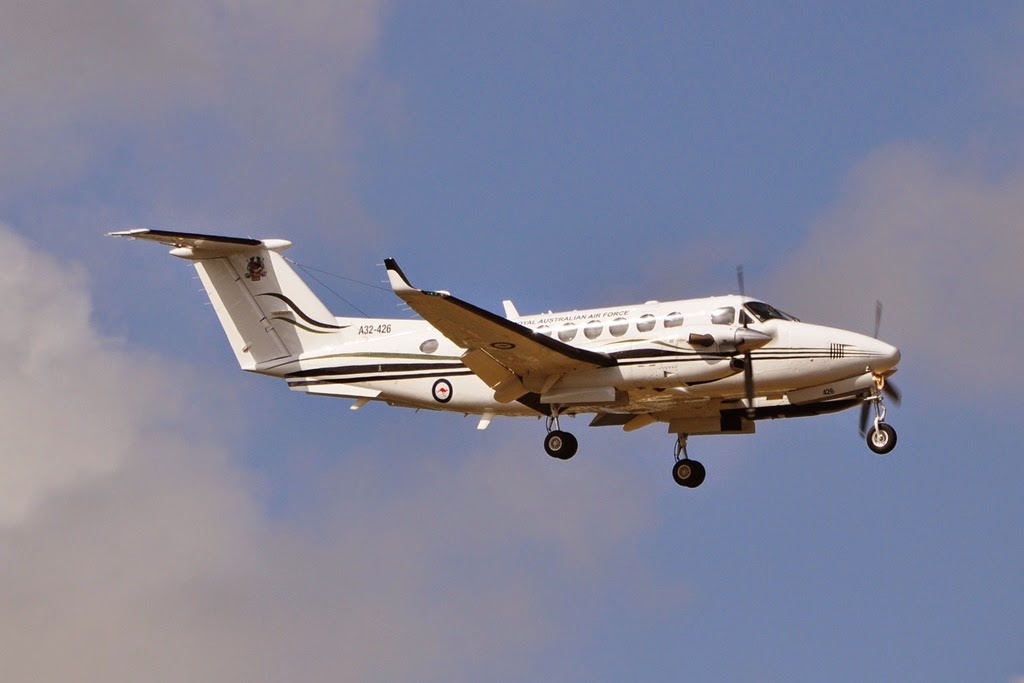 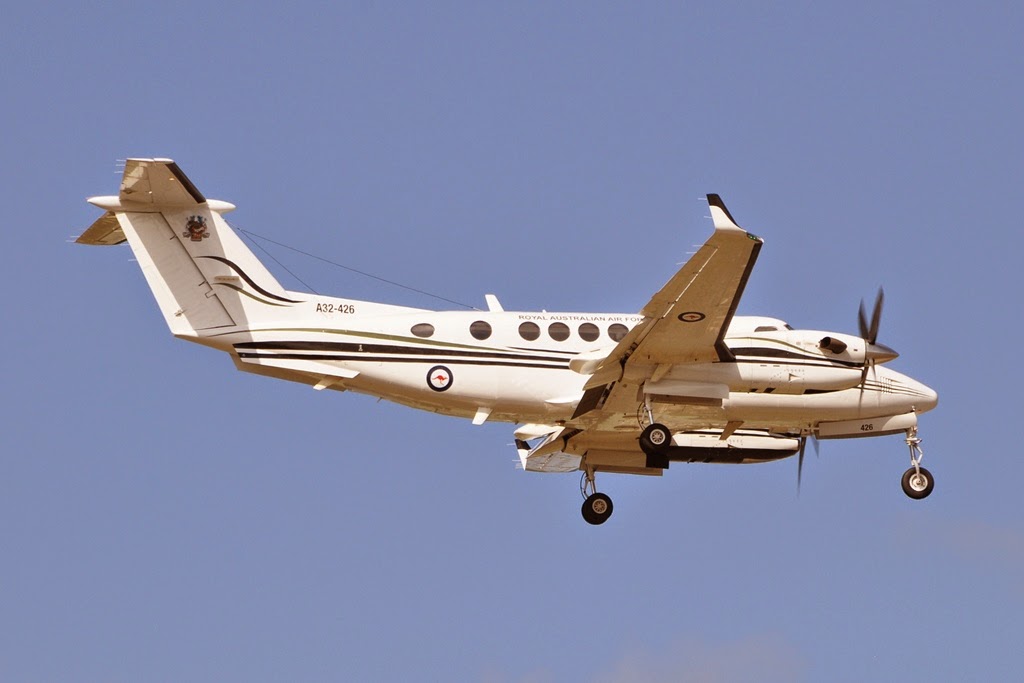 After its final approach to Mackay Airport, A32-426 departed to Townsville, via further airwork at Hamilton Island.

And, on Thursday 30 October, RAAF Boeing C-17A Globemaster III A41-210 was heard completing low level flight operations around Fraser Island, Bundaberg and Gayndah before being cleared to return to RAAF Base Amberley.  The Globemaster was heard to be using the callsign of "Stallion 41".
Posted by Damian F at 9:02 PM