Over the last few days I've also called into the Whitsunday Airport (WAVE) at Shute Harbour a couple of times, and as always, there's plenty of varied aircraft and helicopters to take photos of! 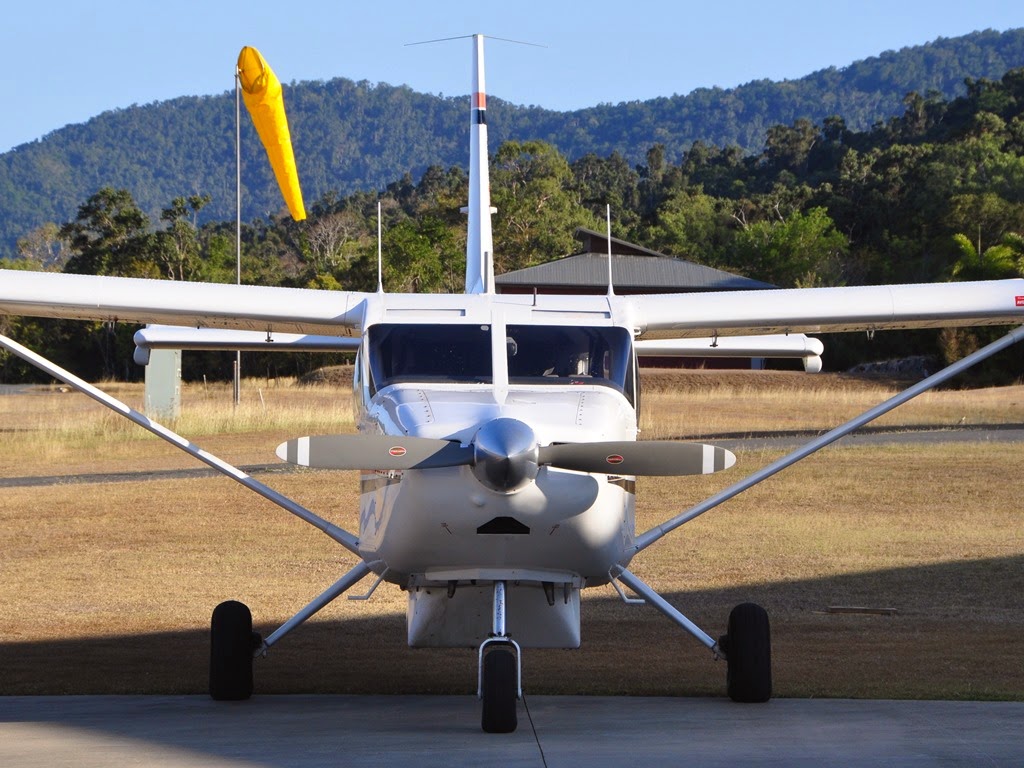 I firstly called in on Thursday 30 October and was able to capture some great photos of a new helicopter to the region, along with another new Airvan for GSL Aviation.

Whitsunday Air Services strikingly beautiful Eurcopter EC130B4 VH-WYH was parked outside prior to undergoing maintenance - sadly the camera didn't quite to the fluro-orange justice.  VH-WYH operated predominately to the 'One&Only' Hayman Island resort. 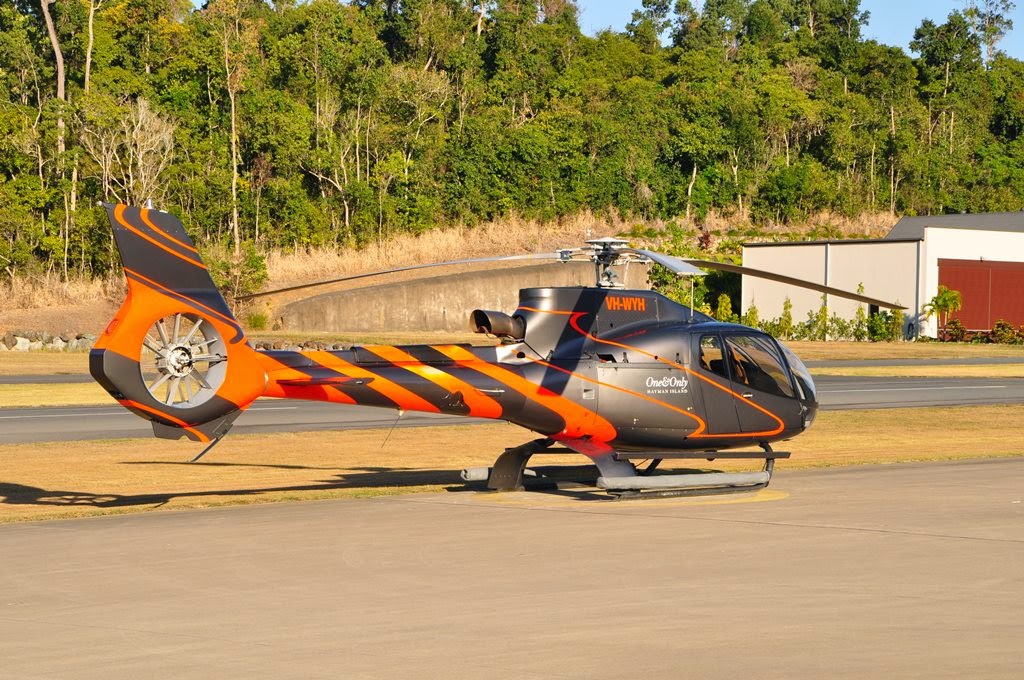 There were no less than four GSL Aviation Airvans at the Whitsunday Airport on Thursday including their recently acquired Gippsland Aeronautics GA-8 VH-IGW. 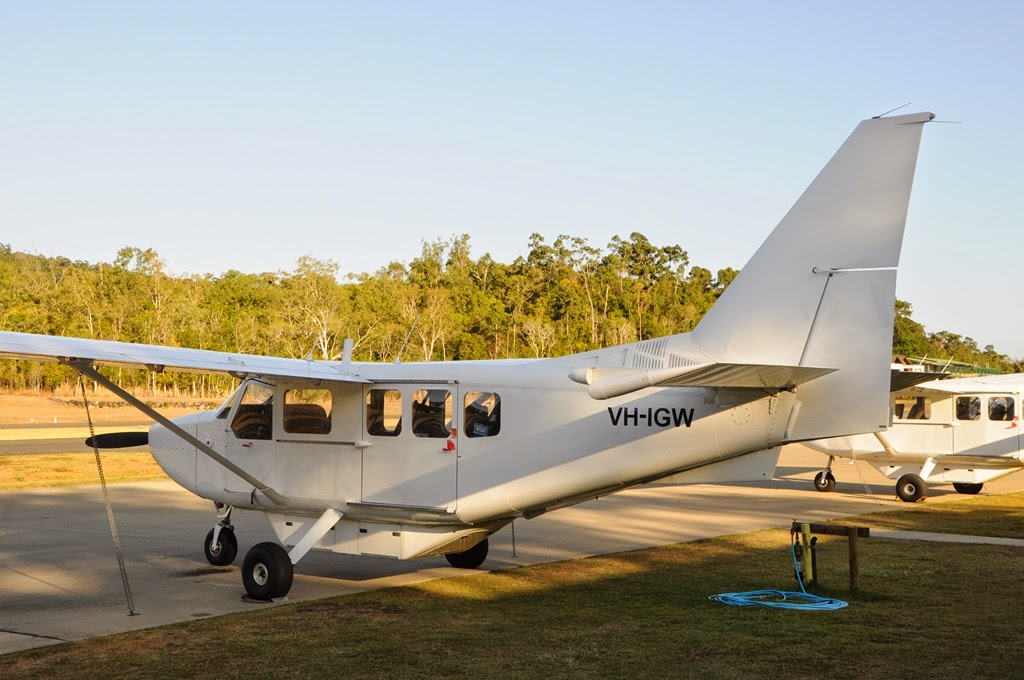 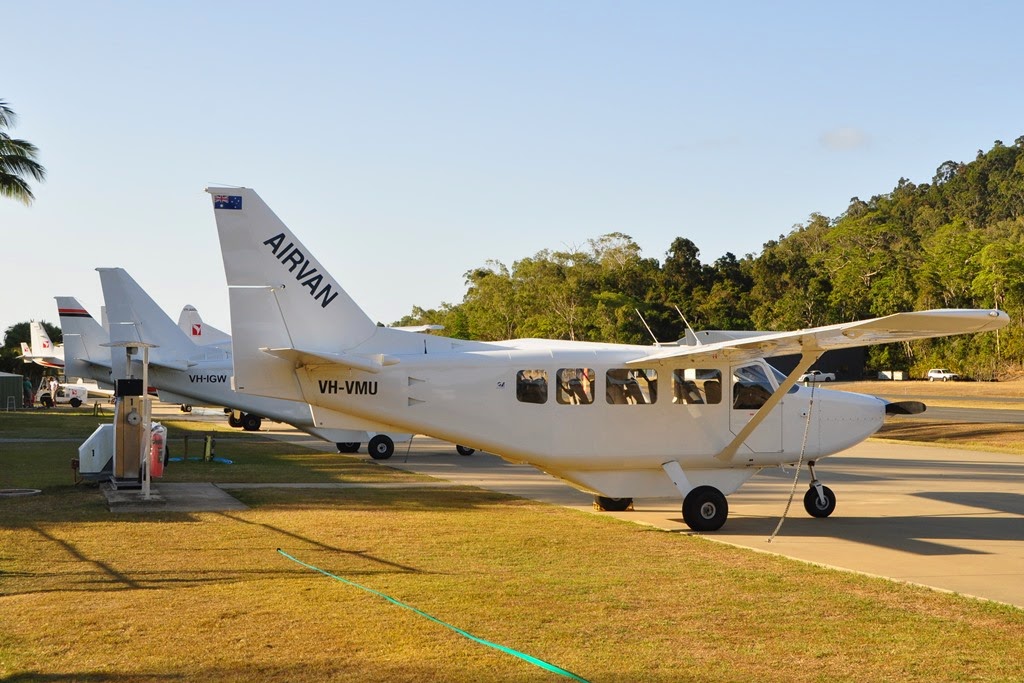 Also spotted calling in but from Redcliffe was Piper PA-32R-301T VH-ASC while another of Whitsunday Air Services' recent acquisitions in the form of Eurocopter EC120B VH-HIL was spotted in between flights.


I returned to the Whitsunday Airport on Monday 3 November and was able to capture VH-WJW while it was preparing to depart back to Toowoomba.  However, at the time of writing, VH-WJW had not departed the Airport possibly due to a mechanical issue as I noted that work was being done on the aircraft's starboard-side wing-tip. 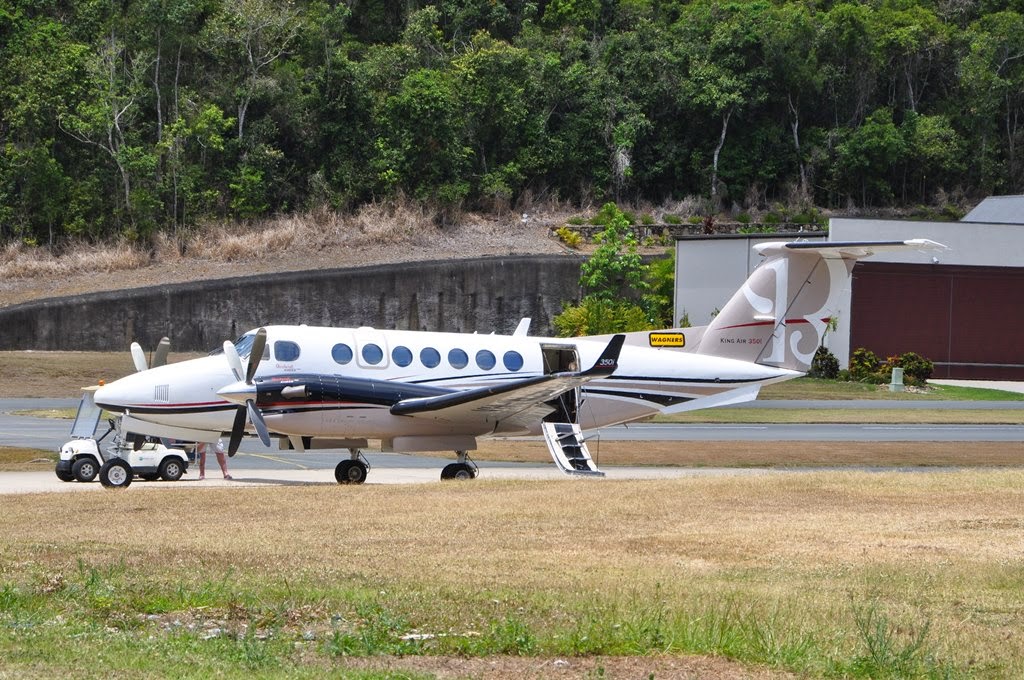 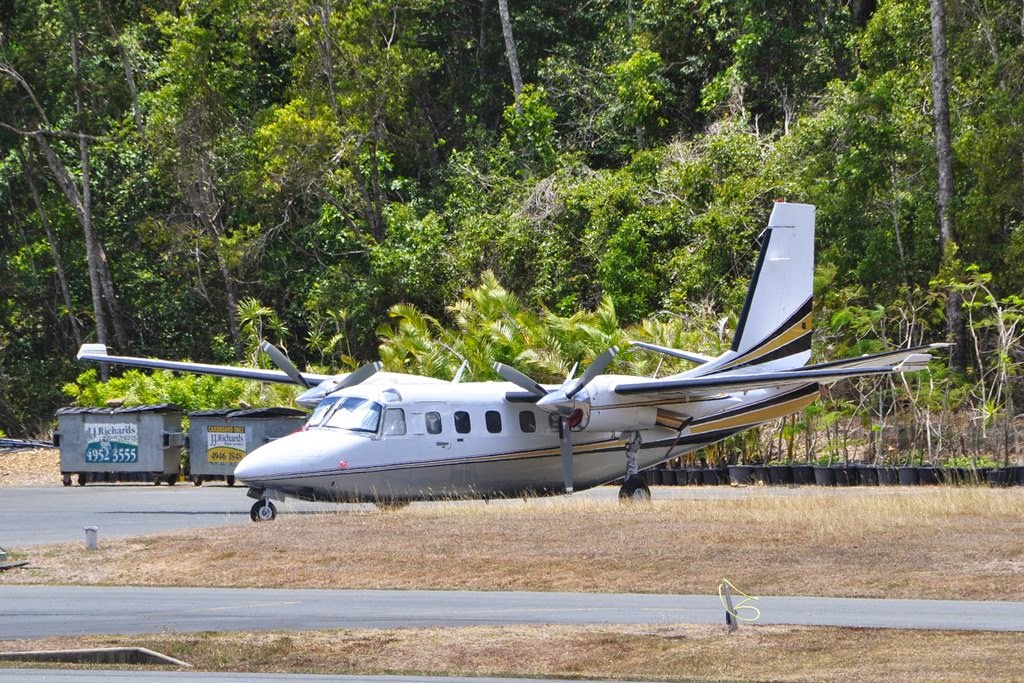 Heli-Biz Robinson R44 II VH-DCN arrived back at the Airport after completing a local flight. 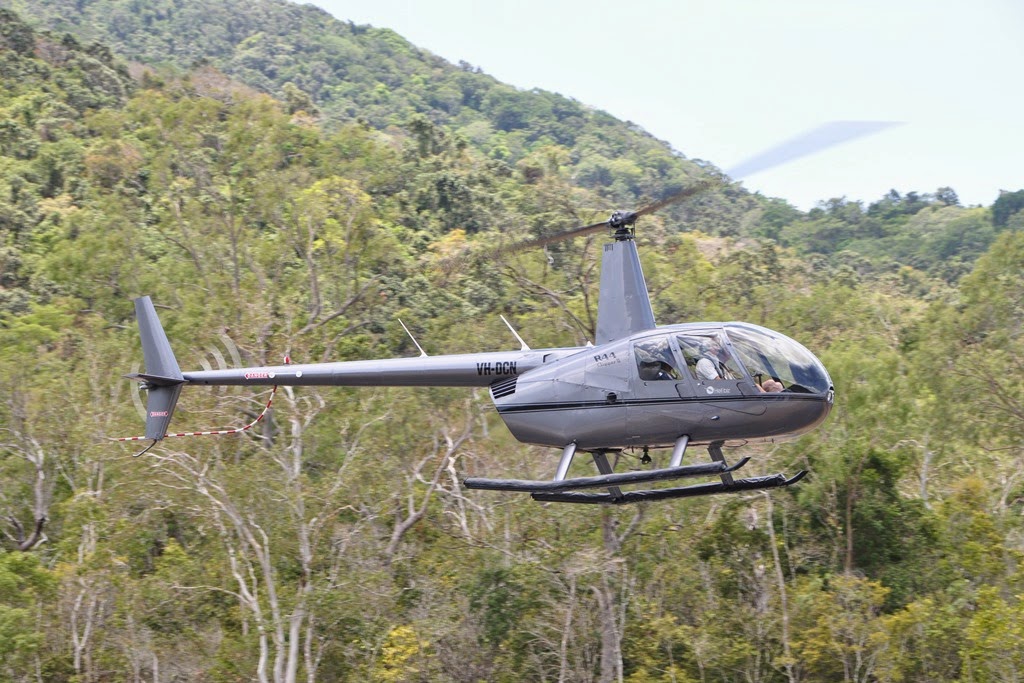 And finally, I captured a couple of photos of the recently re-painted Skydive Airlie Beach Gippsland GA-8 Airvan VH-RTS as it returned from dropping another load of skydivers out over the spectacular Whitsundays. 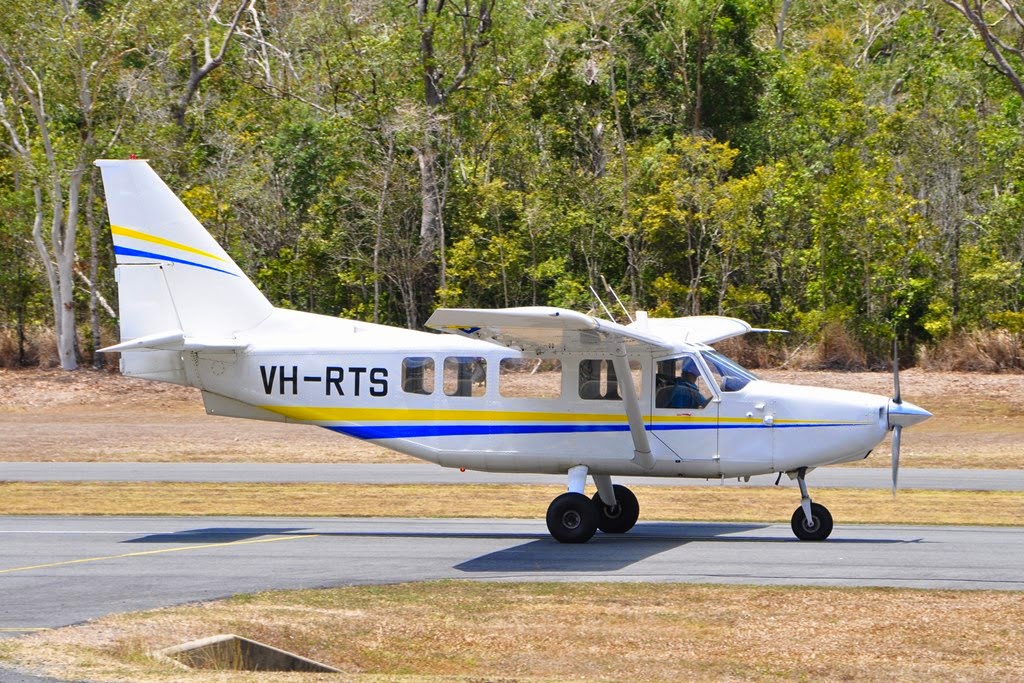 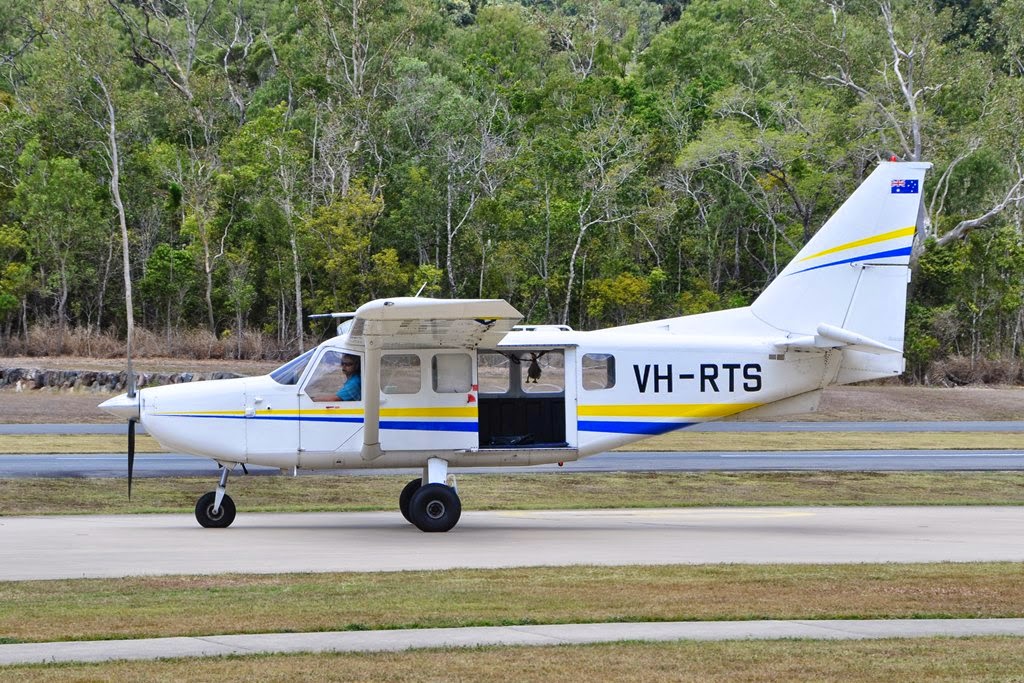 Thanks to the Whitsunday Airport for their assistance in preparing this post!
Posted by Damian F at 9:37 PM