I noted with great interest that Execujet Australia Bombardier CL-600-2B16 Challenger 604 bizjet VH-URR called into Roma Airport on Wednesday 5 November during a test of Queensland Health's ability to fly an Ebola patient to Brisbane. 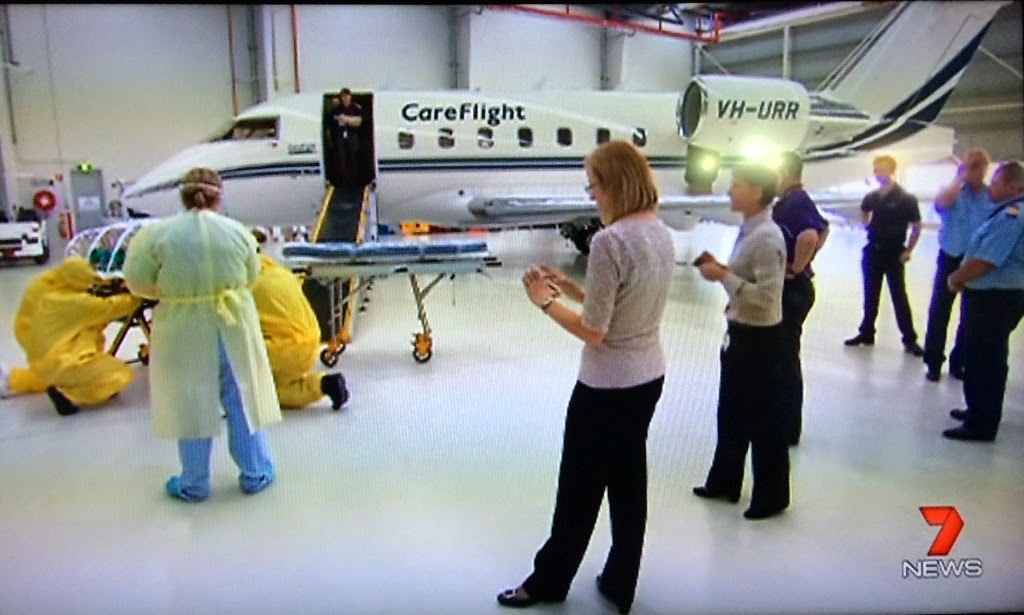 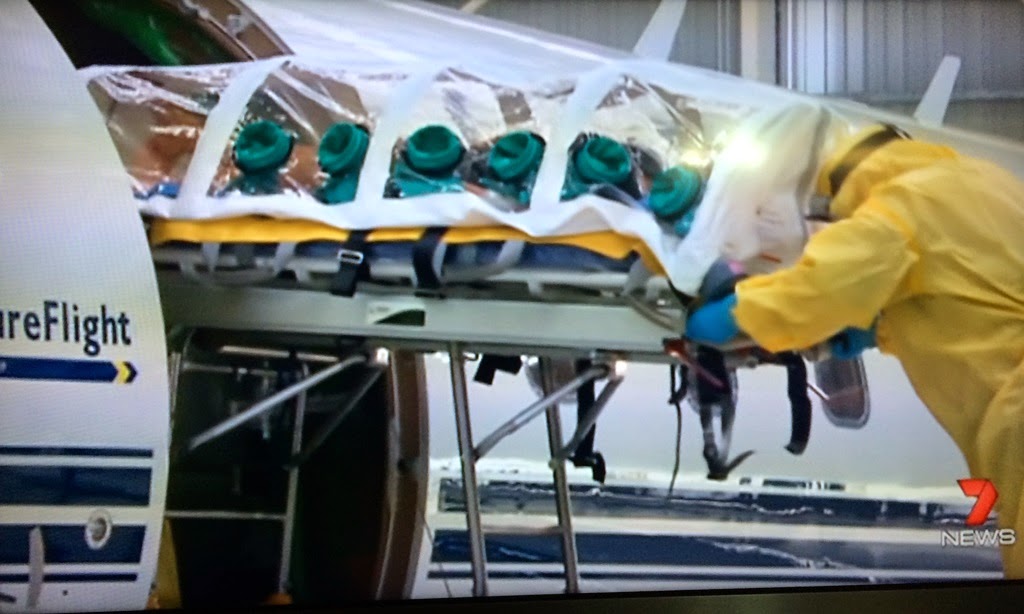 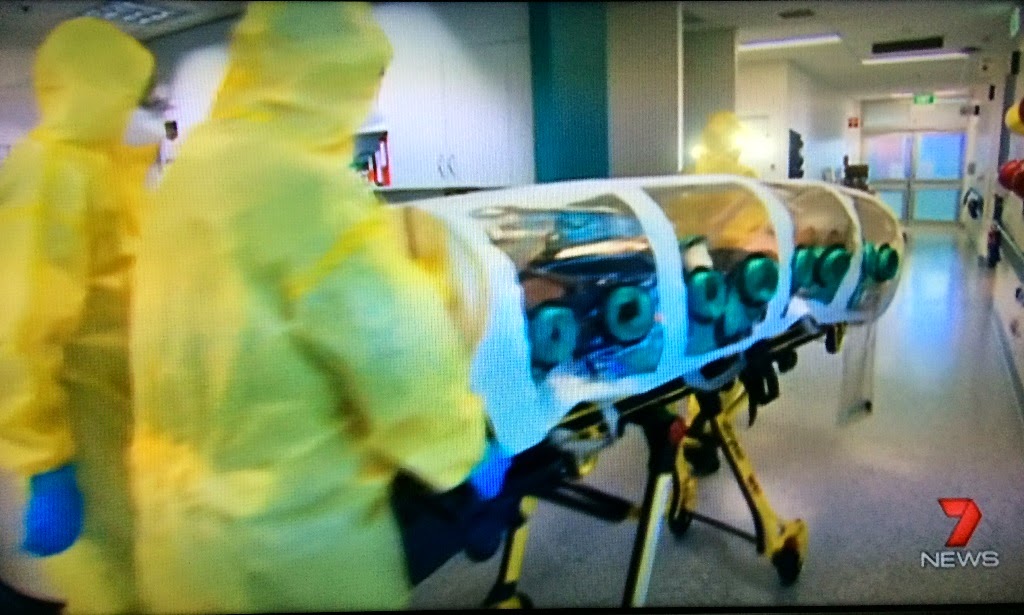 The successful exercise saw Queensland Health transfer a person from Roma who said they had Ebola symptoms.  The 'patient' was transferred from Roma through to the infectious diseases ward in Royal Brisbane and Women's Hospital.