With a nice pair of its current special coloured Boeing B737-800s calling into Hamilton Island Airport over recent weeks, and with the recent announcement that Qantas will reveal its first 'retro' aircraft livery marking 70 years of the 'flying kangaroo', I thought for this month we'd take a look back at all the special liveries to be applied to various Qantas Airways Boeing B737-800 aircraft over the years. 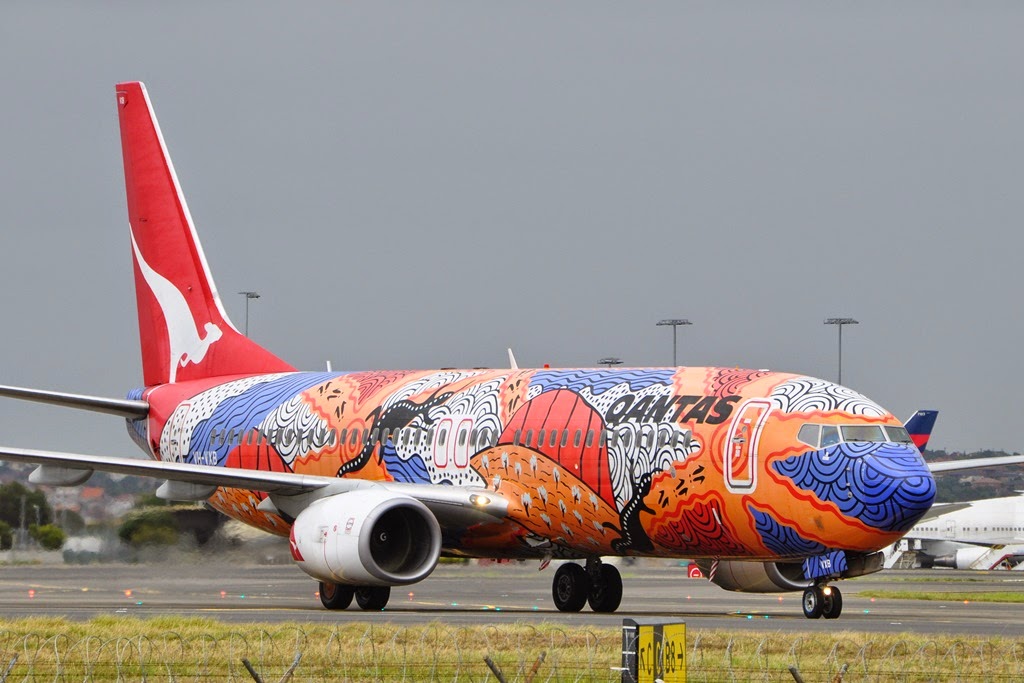 The most striking Qantas B737-800 to wear a special livery was VH-VXB which was delivered in 2001 wearing the aboriginal 'Yananyi Dreaming' livery.  Of interest, VH-VXB has only recently been re-painted into standard Qantas colours. 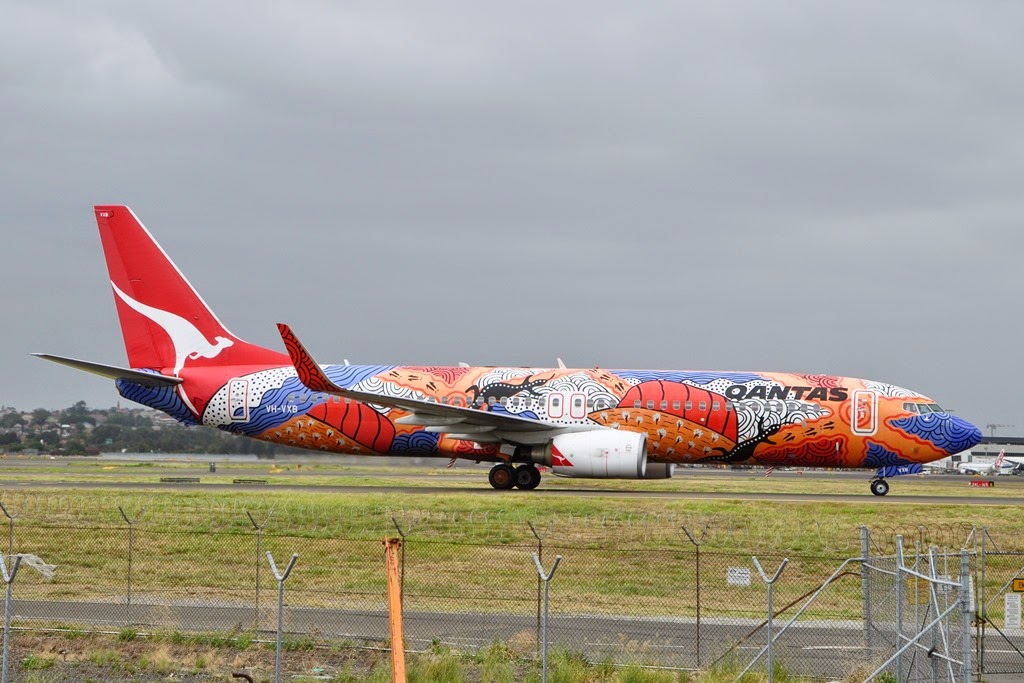 In May 2003, VH-VXP was delivered with a "75th Anniversary of first Transpacific Flight of Charles Kingsford Smith in the 'Southern Cross' May 31 - June 09, 1928" sticker on the rear of the fuselage. 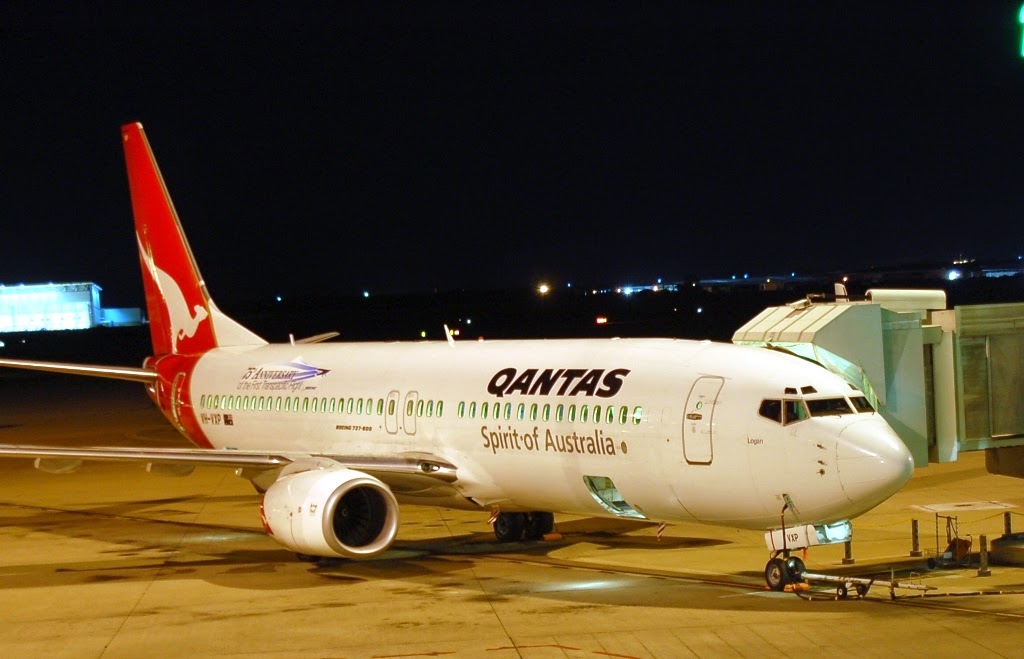 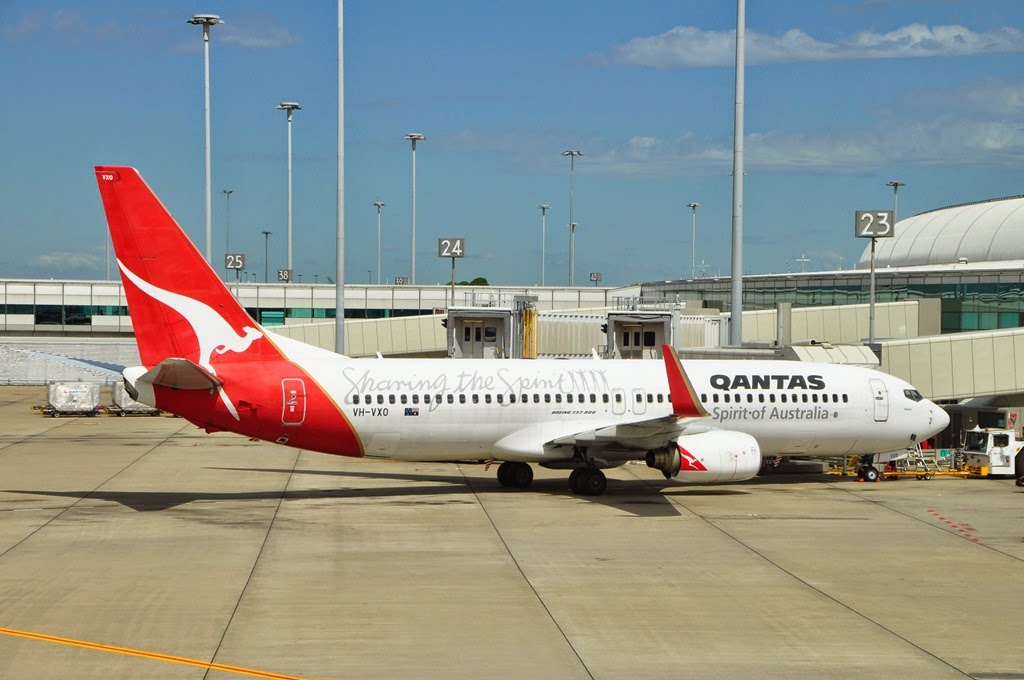 In mid-2005, VH-VYE entered service after having 'Melbourne Commonwealth Games 2006' titles applied during pre-service maintenance.  The aircraft was renamed 'Karak' (the Games mascot). 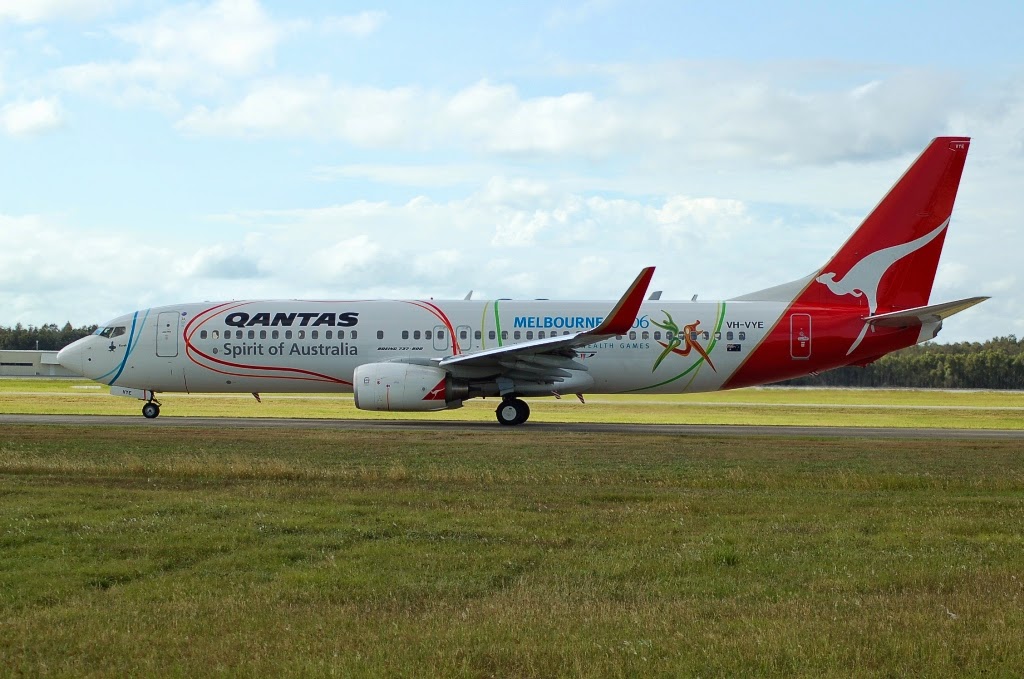 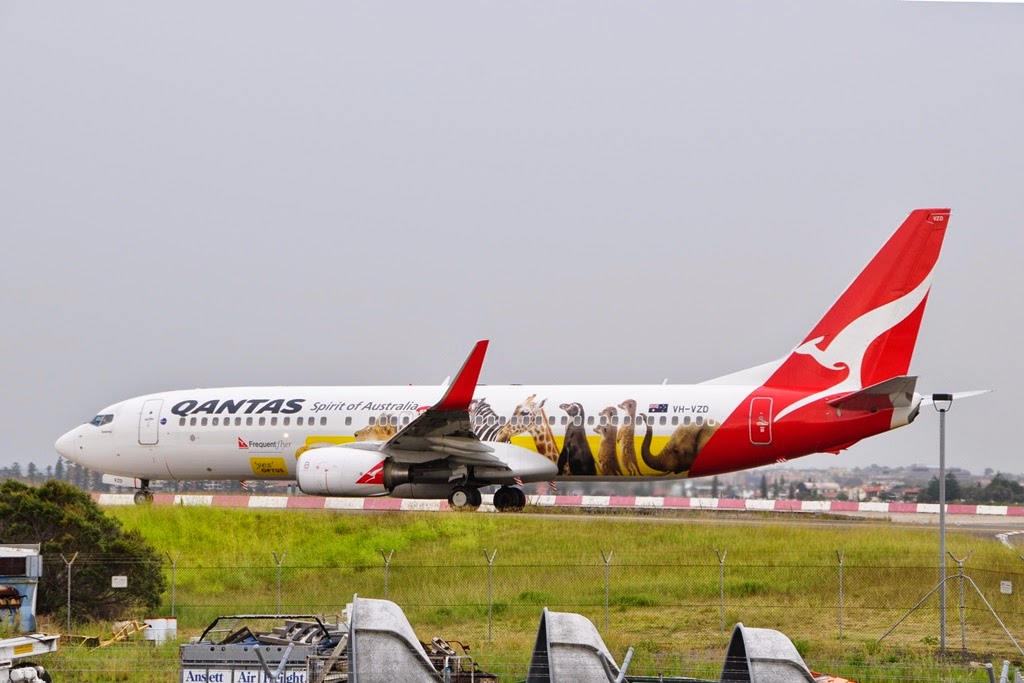 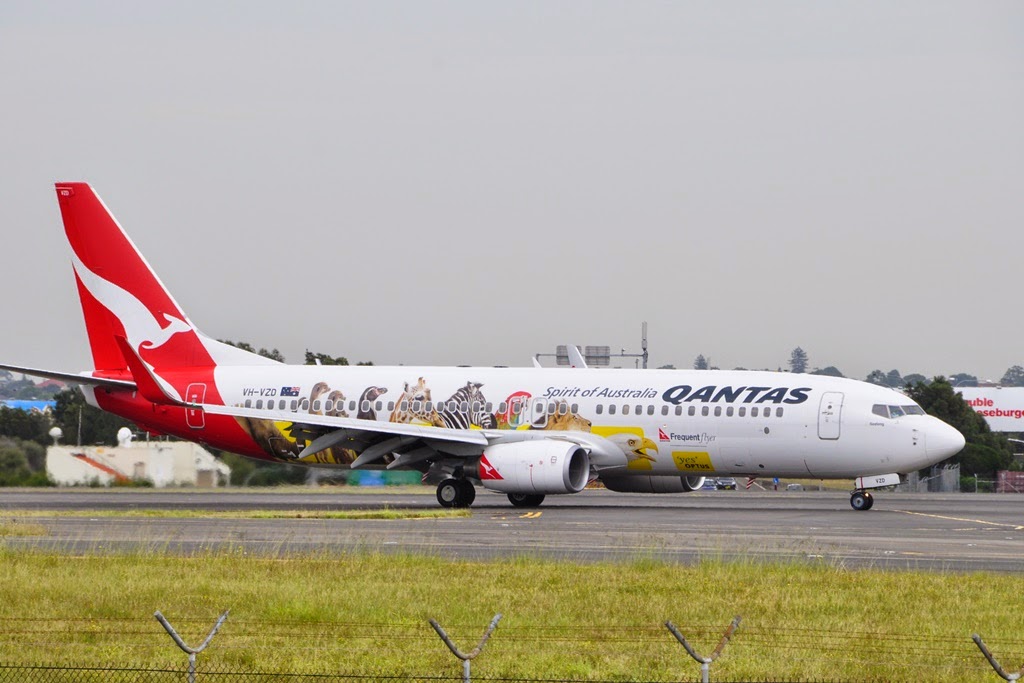 In mid-2011, VH-VZO was rolled out and dedicated at a special ceremony with 'Prostate Cancer Foundation of Australia' stickers.  Of interest, in each November VH-VZO usually also wears a 'mo' during 'Movember' which is the annual event involving the growing of moustaches during the month of November to raise awareness of men's health issues, such as prostate cancer and other male cancers, and associated charities. 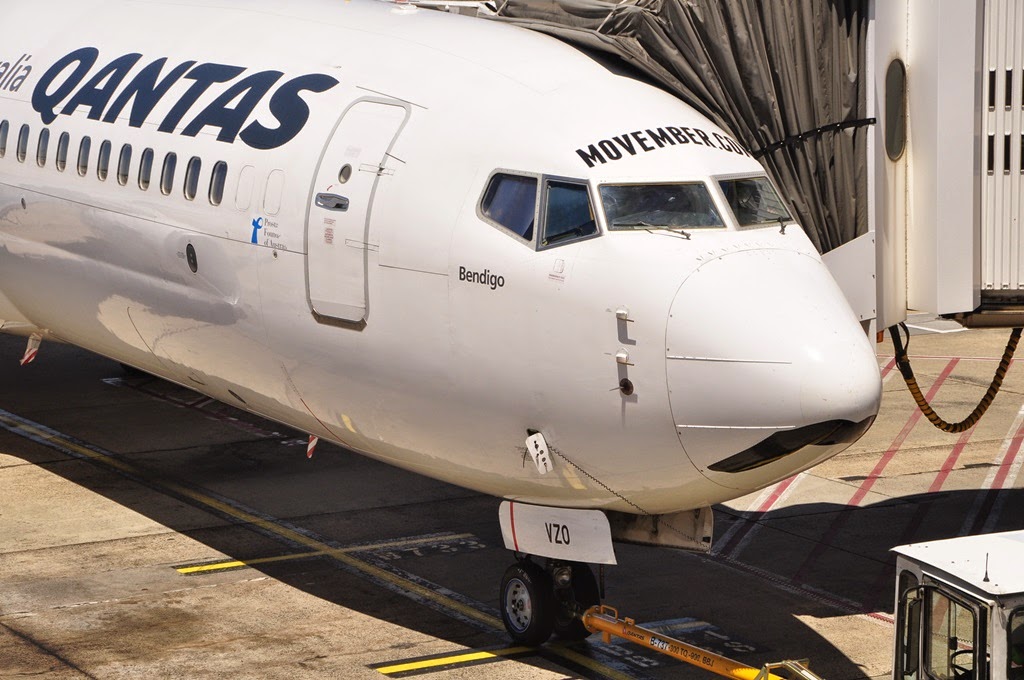 Shortly after its delivery in September 2012, VH-XZA was one of two aircraft that had special "Spirit of Australians' titles and a 'You're The Reason We Fly' livery applied to the aircraft where various names written on the fuselage of the aircraft. 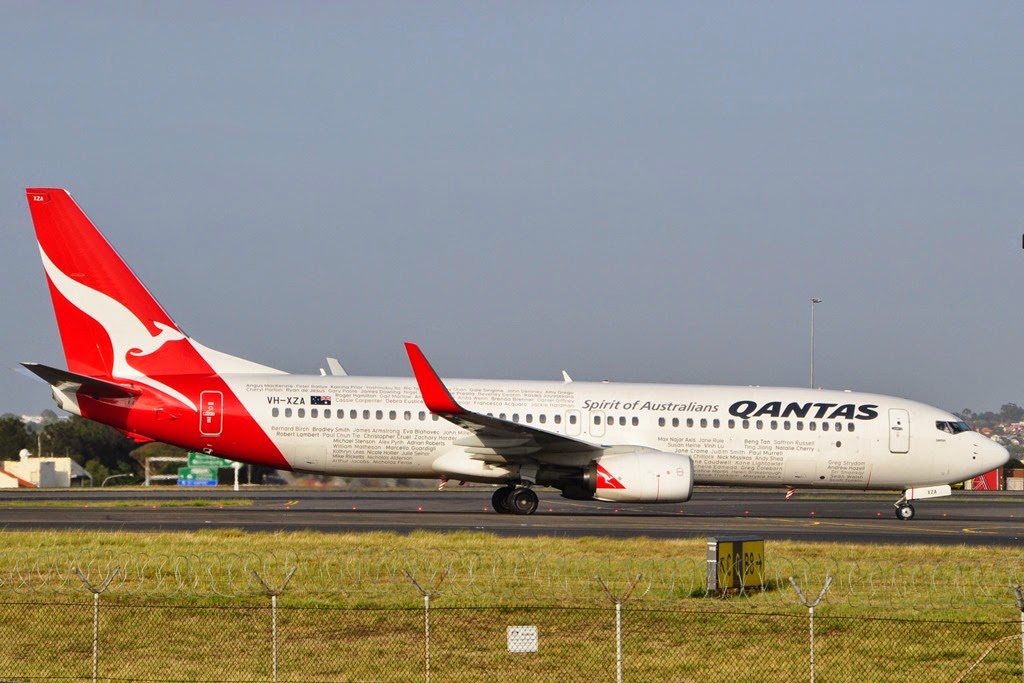 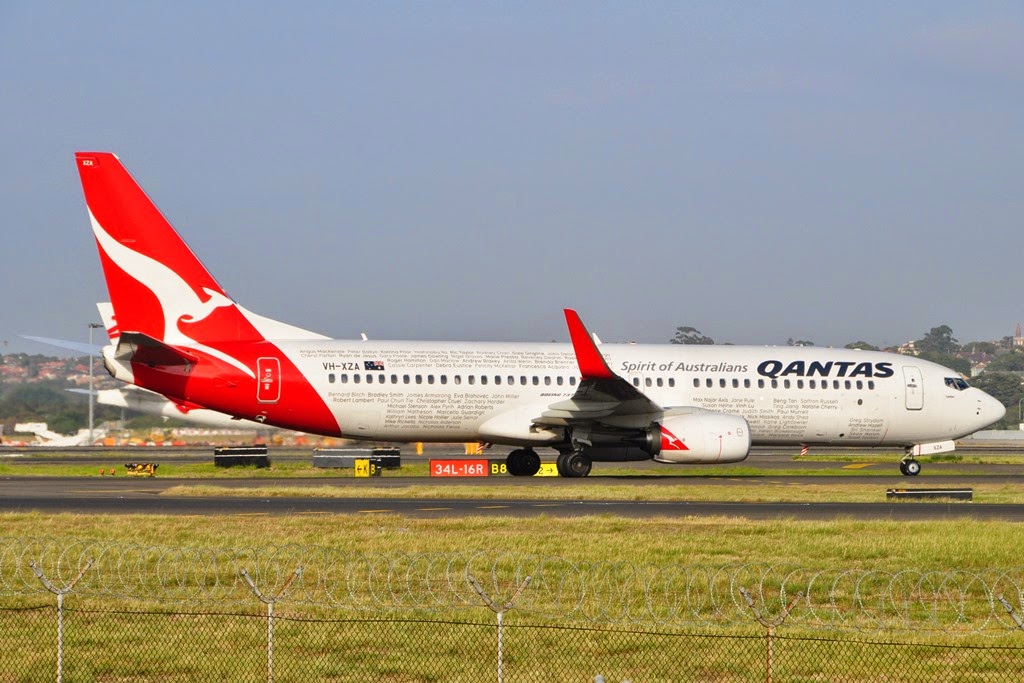 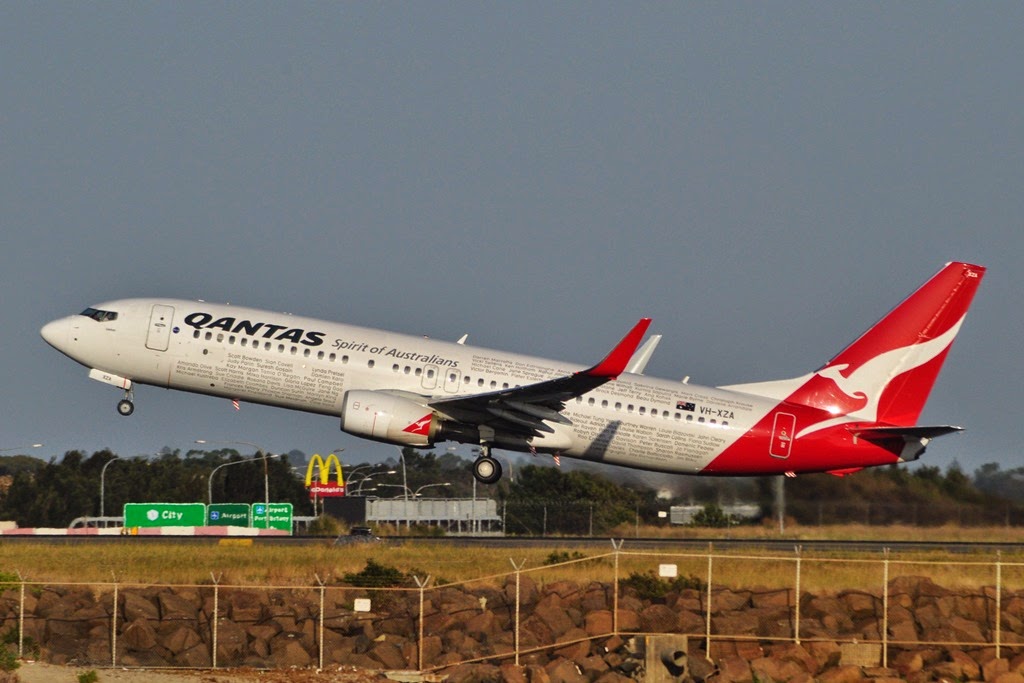 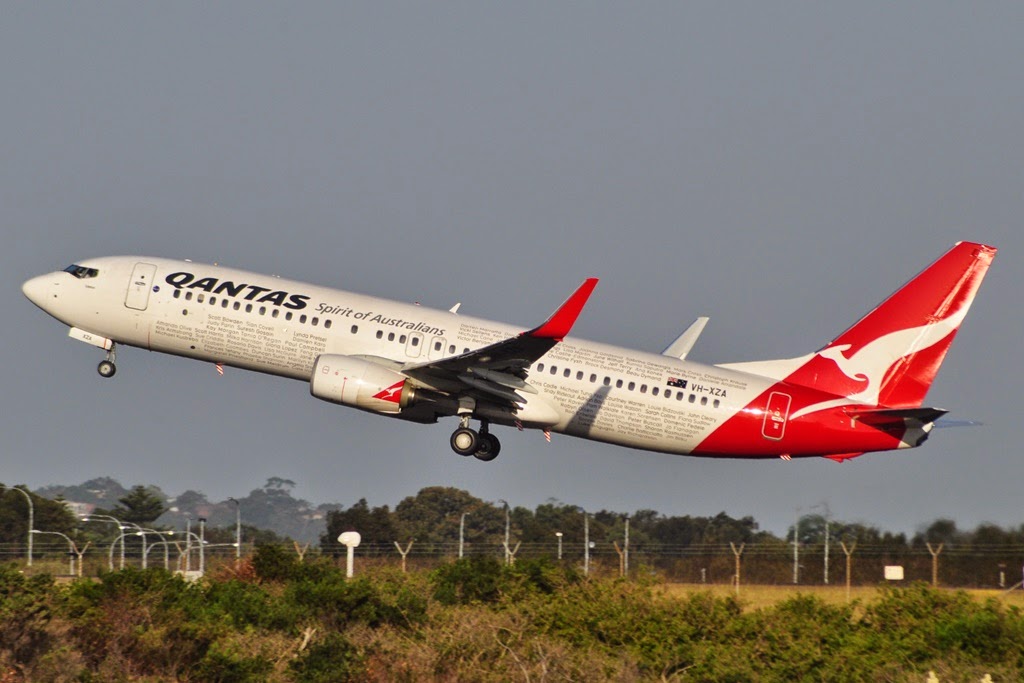 In early 2013, VH-VXG was unveiled in a 'Bring It On' livery designed to promote to upcoming British 'Lions' rugby union tour of Australia. 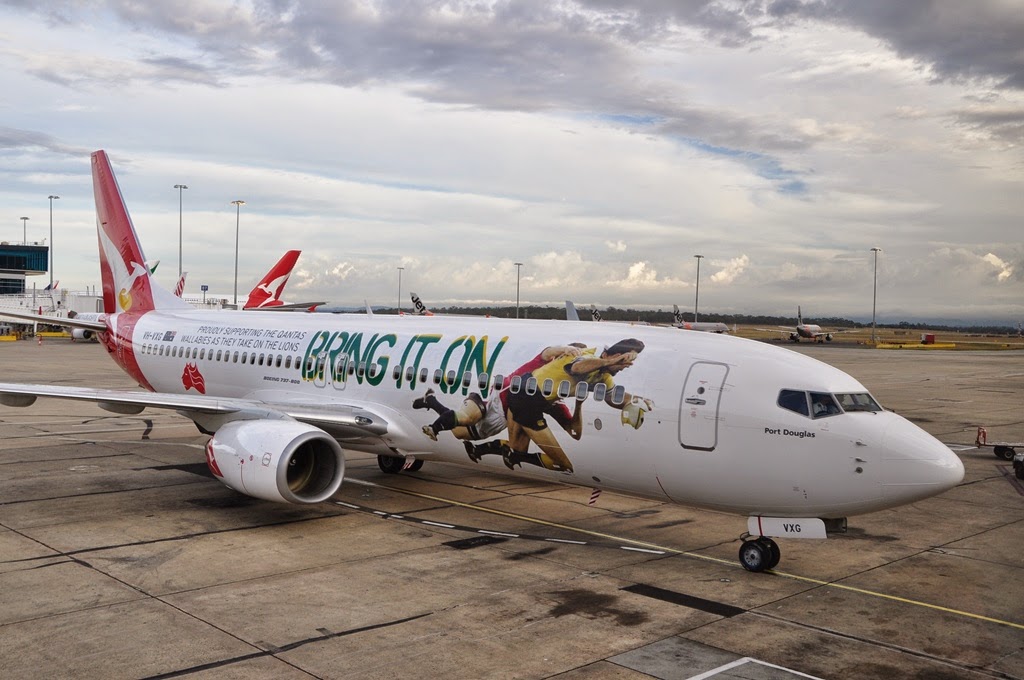 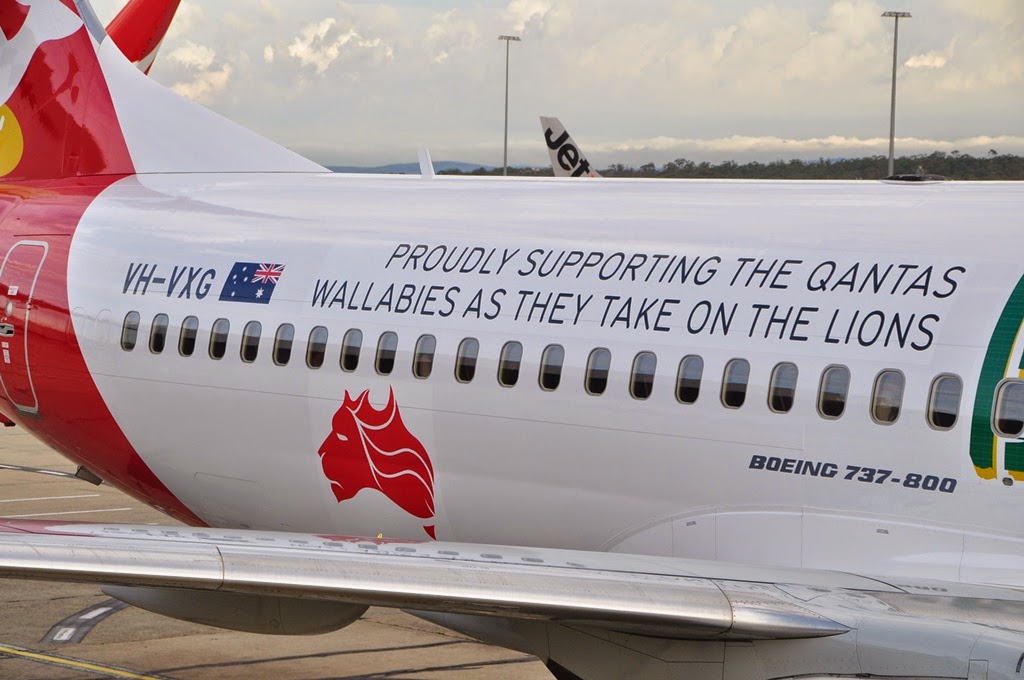 In March 2013, special 'Qantas Loves Ellen' titles were applied to a pair of Qantas aircraft - including B737-800 VH-VZU - promoting the Ellen Degeneres Show during her visit to Australia for filming.


Later in 2013, VH-VXA had special 'Now It's On Our Turf' decals applied for Cricket Australia and the Australia versus England Ashes Test Match series. 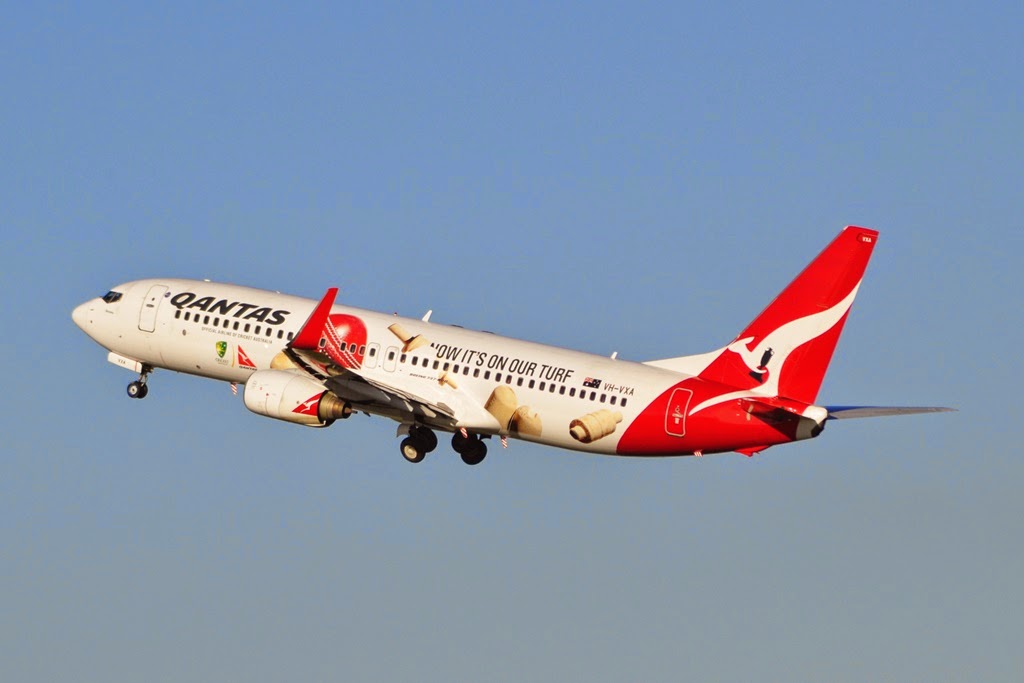 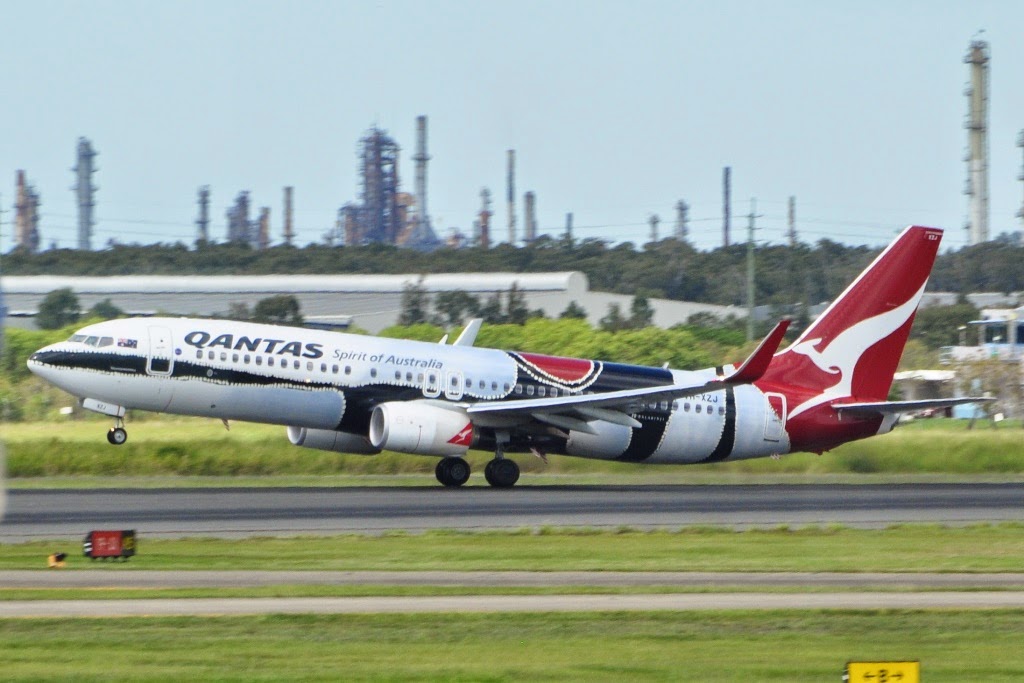 Continuing the cross promotion with US-based television shows, in February 2014, special 'Modern Family Flyer' titles were applied to a pair of Qantas aircraft - including new B737-800 VH-XZK - promoting the Comedy show Modern Family as it filmed a special episode in Australia.  VH-XZK carried the cast and crew to Hamilton Island Airport from Sydney on Tuesday 25 February to film scenes for the special episode.


The new Qantas B737-800, due to be registered VH-XZP and due to arrive in Australia in mid-November, will be the 75th B737-800 to join the Qantas fleet, and its painting in an as yet undisclosed retro scheme featuring the flying kangaroo will mark the 70th anniversary of the kangaroo appearing on a Qantas aircraft for the first time. 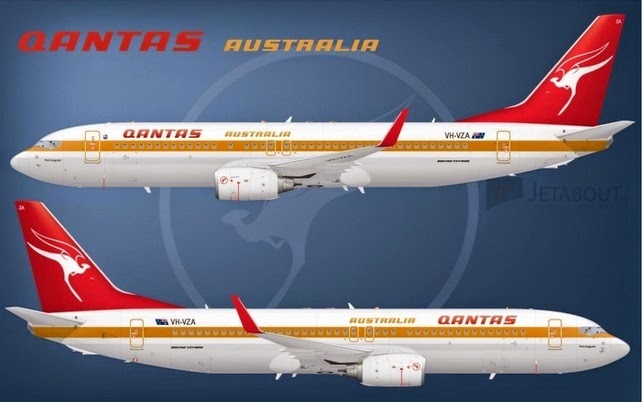 The design shown above has appeared on a few well-known Internet websites but we await to see an actual photos of VH-XZP.
Posted by Damian F at 8:10 AM