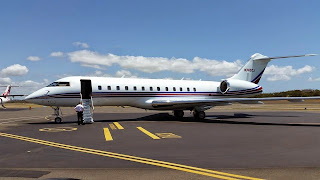 The beautifully presented bizjet arrived from Sydney.  It arrived at Sydney the previous day from Kona (Hawaii) and its Oakland base. 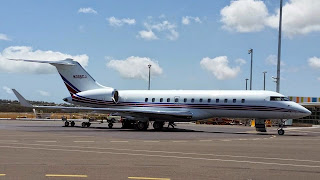 N365CJ briefly parked on the upper commercial apron to drop-off passenger and cargo, and was later parked on the main taxiway at Gladstone Airport where it will reportedly remain parked until this Sunday 16 November. 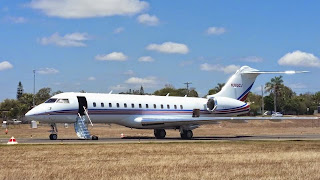 Over the last few days, VH-SQY has visited Maryborough and Bundaberg twice each and Kingaroy on Tuesday 11 November.

Thanks to Col for sending through these stunning photos of this beautful bizjet!