Over the last few days, I've noted with interest that a pair of Royal Australian Air Force (RAAF) Beech B350 Super King Air aircraft have either landed or conducted airwork at a few Central Queensland Airports.  The aircraft - A32-346 and A32-350 - have been noted using the radio callsigns of "Hudson 7" and "Hudson 8" respectively.  They are operated by the RAAF's 32 Squadron based at East Sale in Victoria. 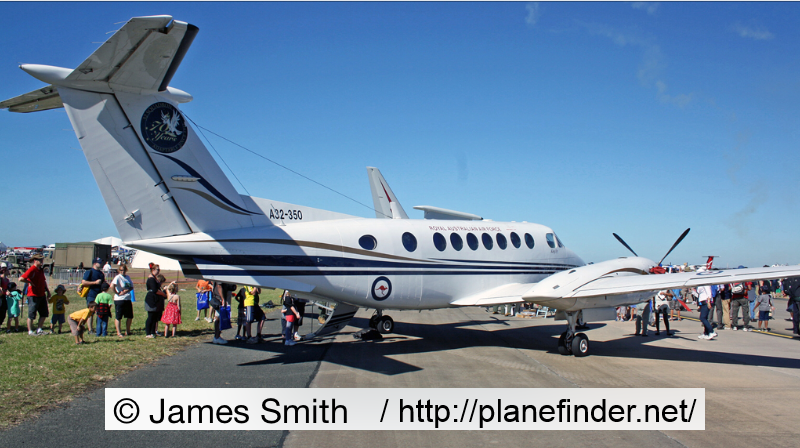 I first noted the pair flying into Longreach from Townsville last Wednesday 12 November.  Since then, they were noted flying around the South-East corner of the state over the weekend, and were heard overflying Rockhampton on Monday 17 November.  On Tuesday 18 November, A32-350 conducted airwork at Mackay Airport before proceeding onto Emerald Airport where it conducted some missed approaches.
Posted by Damian F at 2:08 PM