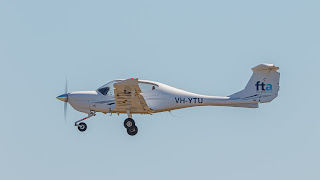 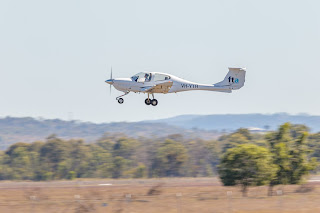 As shown, VH-YTU and VH-YTR popped into Rockhampton Airport from their Toowoomba-Wellcamp base via missed approaches at the Sunshine Coast and Hervey Bay (Fraser Coast) Airports.  They then returned to Wellcamp. 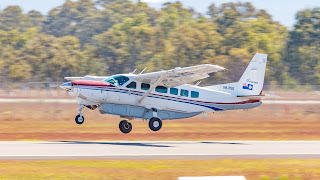 And Pilatus PC-12/45 VH-PID also arrived into Rockhampton Airport from its Toowoomba base early on Monday 24 August. 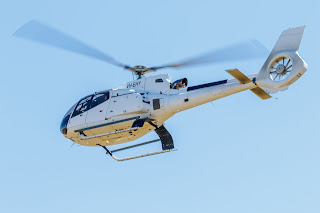 Also in the Whitsundays, also on Monday 24 August, the often visiting American-registered Eclipse EA500 bizjet N257AK was noted arriving into the Whitsunday Airport at Shute Harbour from Archerfield.

Finally, out West at Emerald Airport, Seair Pacific (Istlecote) Textron Aviation (Cessna) 208B Caravan VH-TLH  was noted passing through on both Saturday 22 August and Sunday 23 August while on a flight from Redcliffe to Richmond via Emerald Airport.