On Wednesday 5 August, recently delivered Avcair Embraer 500 Phenom 100EV bizjet VH-NJR was spotted at Bundaberg Airport. The sleek black coloured bizjet looked to touch down from its Brisbane base. 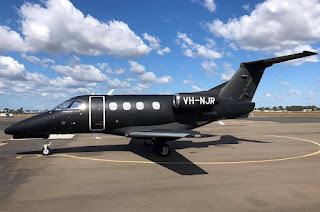 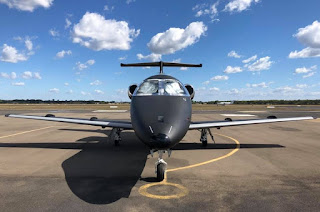 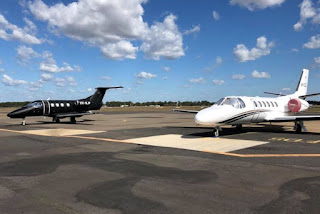 After a couple of hours on the ground, VH-NJR returned to Brisbane.

As mentioned below, VH-NJR was delivered to the Brisbane-based Avcair at Brisbane Airport in early July after it completed a ferry flight from Florida in the USA.

Sincere thanks to Rockhampton-based Neil Richardson - Quantity Surveyor for allowing us to share there great photos!
Posted by Damian F at 8:59 PM