With yet another hot and dry Summer almost upon us, the Australia-wide aerial bush firefighting fleet is already starting to take shape with Canadian-based Conair Aerial Firefighting Dash-8-Q400MR C-FFQE photographed arriving into Bundaberg Airport from Brisbane late on Monday 25 August. 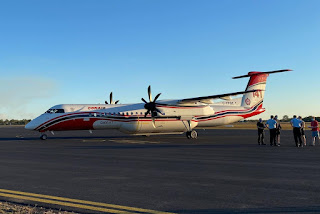 There are reports that the large air tanker will be based at Bundaberg Airport and operated by the Queensland Fire and Emergency Services (QFES) for the season to potentially help fight fires across the state.  Indeed as these photos show, the modified Dash-8-Q400MR had been adorned in QFES and Queensland Government logos and stickers. 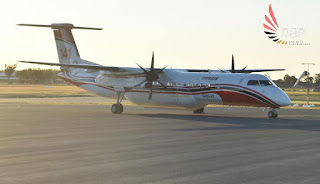 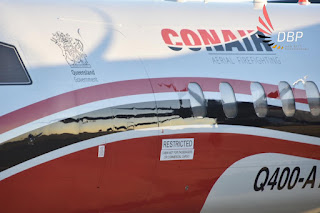 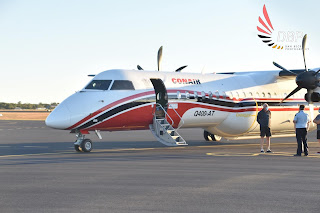 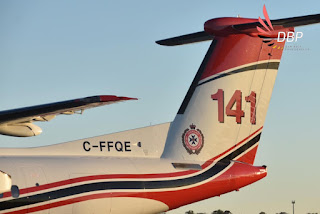 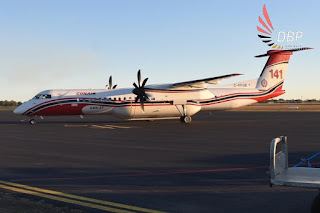 Bundaberg Regional Council Mayor Jack Dempsey recently highlighted the facilities at Bundaberg Airport, that the QFES utilised in past fire seasons as just one reason why a Large Air Tanker could be based the Rum city. 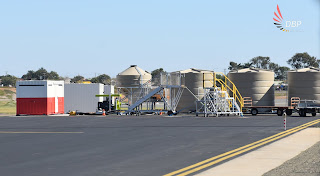 Crews set a record for the most water bombers filled in one day during the last bushfire season with a total of 114 plane loads of water and foam leaving Bundaberg Airport at the height of the Gregory River fires in December last year.

Meanwhile, the Conair Dash-8-Q402MR, C-FFQE (msn 4325), arrived into Bundaberg Airport all the way from its Abbotsford base in Canada via stops in Oakland, Honolulu, Majuro, Honiara and Brisbane where it cleared customs.  The Dash-8 was originally built in 2011 and was acquired by Conair early in 2020 and converted to a fire bomber.  Its maximum tank capacity is around 10,000 litres (2,642 US gallons).