On Tuesday 11 August, Royal Australian Air Force (RAAF) Boeing C-17A Globemaster III A41-207 was spotted completing a missed approach and low overshoot at Rockhampton Airport.  It was heard to be flying as "Stallion 40". 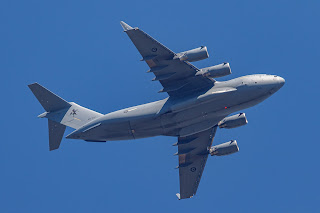 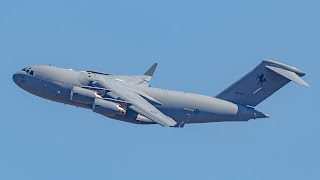 The C-17 flew up from RAAF Base Amberley and after completing the airwork, it continued up further to the North and completed a missed approach at Townsville.  A41-207 then returned South, flying at low level to a position west of Clermont and Emerald before climbing and returning to Amberley and flight levels.