In a surprise move, on Monday 3 August, Australia's foremost charter operator, Alliance Airlines, announced it has agreed on a AUS$111 million (US$78.9 million) deal to purchase 14 Embraer E-190 regional jets from the United States of America. 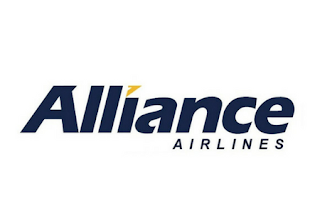 The deal with US-based Azorra Aviation LLC will see the first of the 14 E-190s arrive from September - fully re-painted into Alliance Airlines livery - and will also include six spare General Electric CF34 engines plus ground equipment and support equipment.  There is also the option to acquire a further five of the Embraer jets and a full flight simulator and related training equipment.

Alliance managing director Scott McMillan said the second-hand jets from Azorra Aviation LLC in the USA were previously operated by Panama’s Copa Airlines, and had an average age of 10 years.  Each aircraft is costing Alliance Airlines about $6m.


Mr McMillan said the Embraers would join Alliance’s fleet of 47 Fokkers, which had served the airline well.  “Our Fokker fleet remains the core of our fleet and we believe will remain in service for many years to come, especially given our significant spare parts and inventory stores,” he said. “With limited Fokker aircraft acquisition opportunities, it was also the time to acquire a newer aircraft in order to position us for our next growth phase.”

Mr McMillan said the E-190 jets would most likely fly regional routes for Alliance, with the jets “perfect” for reduced demand, seating between 98 and 114 passengers.

Embraer is the third-largest commercial jet manufacturer in the world, after Boeing and Airbus, and has delivered more than 8000 aircraft.

The E190 remains in production and was designed for regional routes.