As predicted, on Saturday 22 August, Queensland Government (QGAir) Rescue (State of Queensland) Agusta AW139 helicopter VH-ESH was photographed as it arrived into Rockhampton Airport while ferrying South from Townsville to Archerfield. 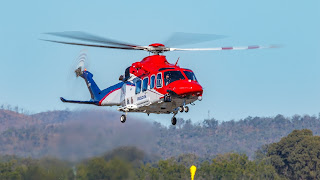 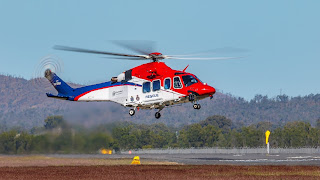 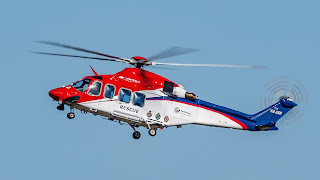 VH-ESH has recently been operating out of Cairns Airport as "Rescue 510" and so is presumed that it has ferried to Townsville and then Archerfield for planned maintenance.

As mentioned below, on Thursday 20 August, fellow Queensland Government (QGAir) Rescue (State of Queensland)  Leonardo S.P.A. Helicopter (Agusta) AW139 helicopters VH-EGK was noted ferrying North from Archerfield to Townsville via Rockhampton Airport.
Sincere thanks to local photographer Steve V for allowing us to share these great photos!
All photos taken by Steve Vit  ©
Posted by Damian F at 9:28 PM