On Monday 17 August, Alliance Airlines marked a major milestone with its first scheduled Regular Passenger Transport (RPT) flight to Moranbah Airport touching down from Brisbane.  Australia's leading charter airline has introduced seven new weekly RPT services which will operated by their fleet of 80-seat Fokker 70 jets, and will provide the community and resource industry companies with more seats at affordable prices.

Alliance CEO Lee Schofield was one of the passengers to travel on the first scheduled jet service into Moranbah and said it was great to see so many customers embracing the new offering.

The current flight schedule is shown below. 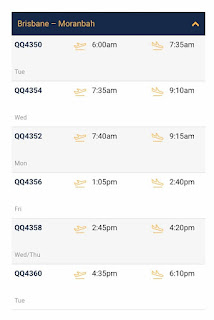 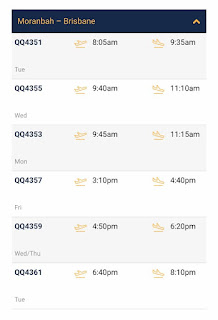 Great to see these new flights start and I for one will certainly be interested to see where prices settle!
Posted by Damian F at 6:25 PM