A couple of nice visitors to Mackay Airport on Saturday 8 August, but by far the nicest of the two was the first visit (to my knowledge) of Airnorth Embraer E-170-100LR regional jet VH-SWO.  It was photographed arriving from Toowoomba-Wellcamp Airport as 'ANO661' / "TopEnd 661". 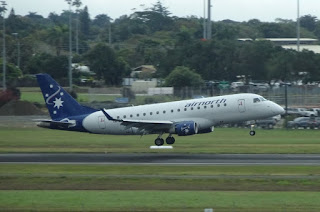 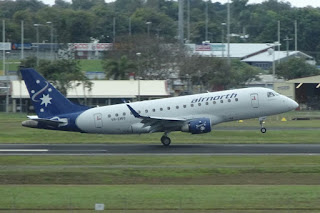 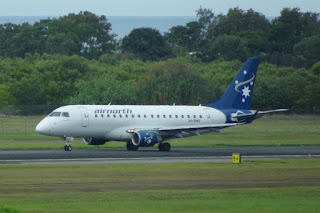 After some time on ground, VH-SWO is pictured then departing Mackay Airport for Gove (Nhulunbuy) in the Northern Territory again as ANO661. 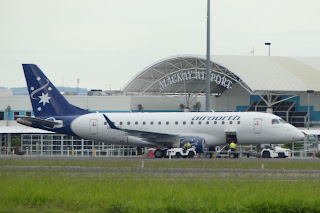 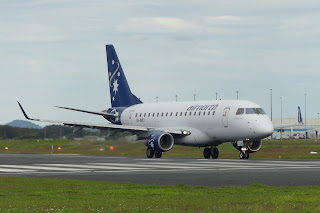 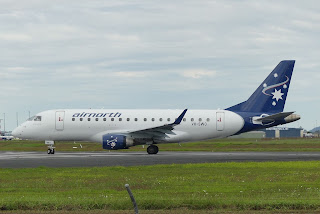 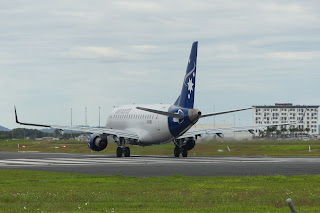 The reason for the visit remains a mystery - presumably a closed charter flight.

Airnorth is the major aviation operator in Northern Australia. The company operates over 300 scheduled RPT and charter departures weekly, servicing over 20 destinations across four countries.  They carry in excess of 300,000 passengers annually.

To learn more about Airnorth or to book a flight, visit their website:  http://www.airnorth.com.au/

Of interest, VH-SWO is no stranger to Central Queensland.  It was the first aircraft for the short-lived SkyAirWorld which was delivered in early March 2007.  VH-SWO flew in Solomon Airlines colours for a short time before it was used on Fly-in Fly-out (FIFO) charter flights between Brisbane and Emerald.  VH-SWO was spotted on the ground at Emerald on 16 June 2008 shortly after arriving from Brisbane as “SkyAir 201”.


Sincere thanks to the local plane spotters for sending through these great photos of a great rare visitor to Central Queensland!