Recently spotted at Cairns Airport by local plane spotter Jonathon W has been a pair of former Virgin Australia ATR 72-500s VH-FVU & VH-FVI now wearing the titles and livery of a new Indian-based regional airline FlyBig. They also appear to have been re-registered – although at the time of writing, they have not yet been struck off the Australian Aircraft register.

On Thursday 13 August, former VH-FVU was photographed now wearing the Indian Registration marking of VT-FBB, as well as the FlyBig titles and livery. 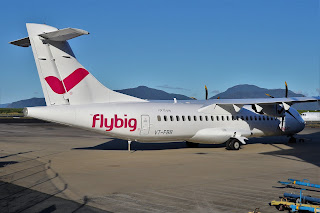 On Thursday 27 August, former VH-FVI was photographed now wearing the Indian Registration marking of VT-FBA, as well as the FlyBig titles and livery. 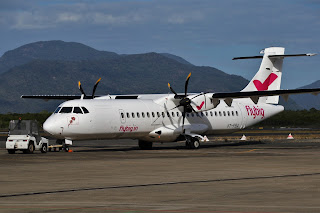 At the time of writing, both aircraft remain in Cairns. They had arrived there from storage in Nelson, New Zealand, via Brisbane, back during January and February this year.

In September, VH-FVI/VT-FBA was photographed again wearing its Australian Registration marking as it completed some test flights out of and back to Cairns. 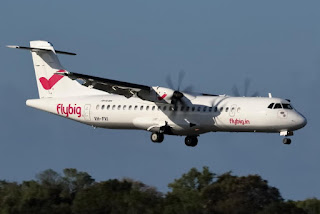 VH-FVI then departed Australia on Friday 9 October and has entered storage at Rajiv Gandhi International Airport at Hyderabad in India. The next week, VH-FVI was officially struck off the Australian Aircraft register and placed on the Indian Aircraft register as VT-FBA.
VT-FBA launched services as the long aircraft in the FlyBig fleet on Sunday 3 January 2021.

In December, VH-FVU/VT-FBB was photographed again wearing its Australian Registration marking and seems to have been now not taken up by FlyBig with the ATR again in storage at Cairns. 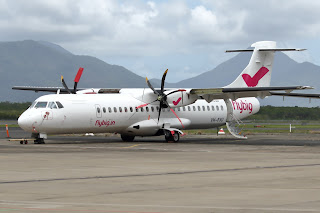 All photos taken by Jonathan Williams  ©
Posted by Damian F at 8:20 AM