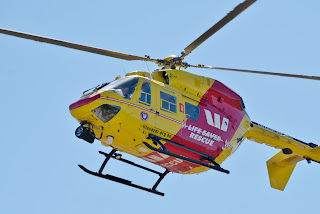 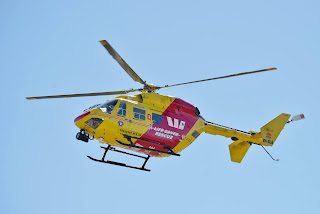 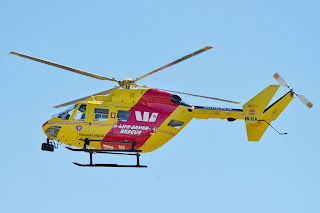 It looked to start the day at Noosa and called into Bundaberg, Rockhampton (pictured), Mackay and Townsville Airports before arriving into Cairns.  VH-SLA looked to fly up from its base near Sydney on the last day in July. 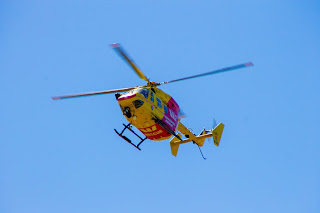 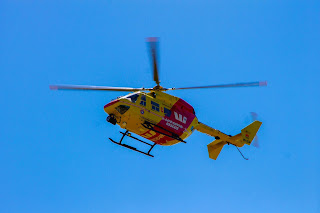 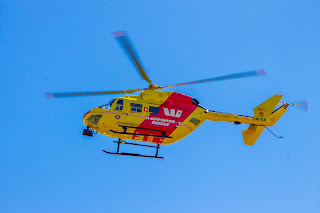 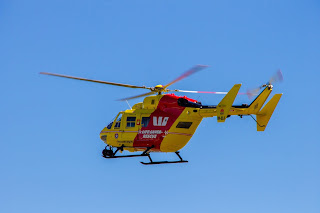 VH-SLA "Lifesaver 23" operated alongside fellow BK117 helicopter VH-SLU "Lifesaver 21", which also flew up to Cairns via CQ Airports on Saturday 1 August – see Blog post below.  It has been reported that VH-SLU has since been trucked off the Cairns Airport site for maintenance with locally-based Nautilus Aviation.

It has been interesting to note that a pair of McDermott Aviation / Heli-Lift Australia Aerospatiale / Eurocopter AS365 Dauphin helicopters N38MD and N365JA arrived at the Westpac Lifesaver Helicopter Base at Cape Banks, reportedly replacing at least one of the BK117 helicopters while they are "in maintenance".

Sincere thanks to local plane spotters Scott H and Michael M for allowing us to share these great photos from Rockhampton Airport!