On Thursday 27 August, Australian Army Boeing CH-47F 'Foxtrot' Chinook helicopter A15-310 was photographed departing Rockhampton Airport.  It looked to have earlier arrived from Townsville and was heard to be using the radio callsign of "Madcow 369". 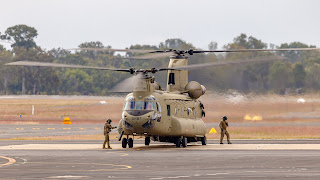 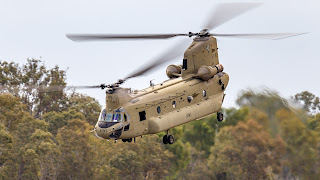 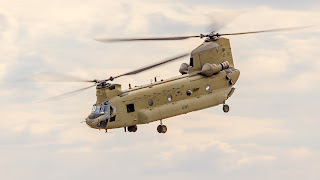 After taking on fuel, A15-310 departed to RAAF Base Amberley.

Of interest, also on Thursday 27 August, fellow Australia Army CH-47F 'Foxtrot' Chinook helicopters A15-306 and A15-308, which flew South to Amberley also via Rockhampton Airport at the start of the week - see Blog post below - were photographed completing exercises over Brisbane.  They also looked to land at the Sunshine Coast Airport on Wednesday 26 August. 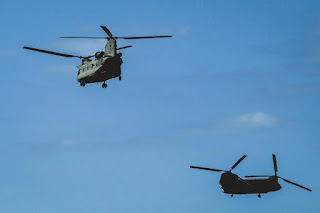 They were reported to be flying as "Chainsaw 12".