As we mentioned below, Antonov Airlines (Antonov Design Bureau) AN-124-100 'Ruslan' UR-82073 touched down at Rockhampton Airport early on Saturday 3 September flying direct from Paya Lebar Air Base in Singapore as ADB2390. 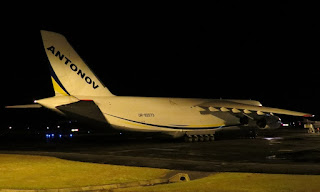 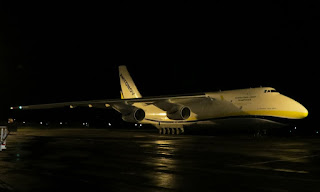 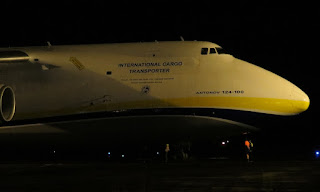 It parked on Gate 6 at the Southern end of the Rockhampton Airport apron and unloaded a pair of Republic of Singapore Air Force (RSAF) Boeing CH-47SD Chinook helicopters - believed to be serials '88193' and '88195'. 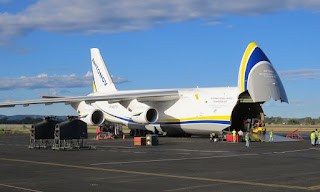 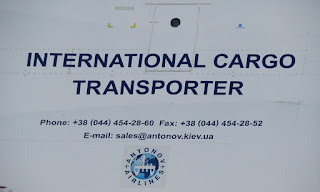 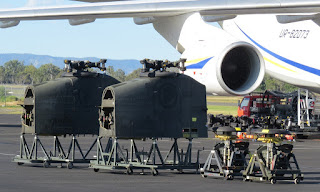 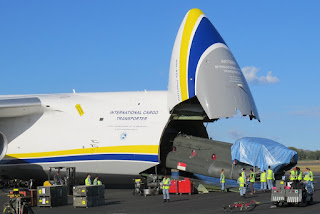 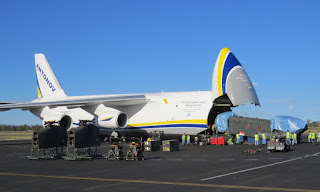 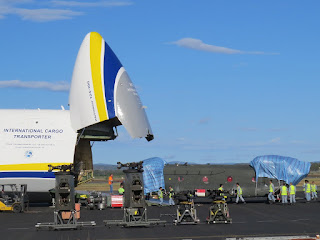 As this post is being written, UR-82073 is again heading to Rockhampton Airport from Paya Lebar Air Base, this time as ADB2392.  The Antonov is expected to touch down at Rocky around 4am on Tuesday 6 September.

I suspect that it will be carrying another two Chinook helicopters.

The Antonov will again remain parked at Rockhampton Airport for the day before departing around 12am midnight on Wednesday 7 September.

It will then be re-loaded with 4-5 RSAF Boeing AH-64D Apache helicopters and make one more visit to Rocky, touching down again around 4am on Friday 9 September.

All the delivered helicopters should start to be put back together and test flown in the coming days in preparation for the commencement of the Singapore Armed Force's Exercise Wallaby which will officially kick-off on Thursday 15 September.

Sincere thanks local plane spotters Kayanne H and 'IAD' for taking the time to capture and send through these great photos of the Antonov 124 at Rockhampton Airport over the weekend!