On Sunday 18 September, Air New Zealand Boeing B787-9 Dreamliner ZK-NZI returned to Rockhampton Airport, again touching down direct from Singapore's Changi Airport, but this time as ANZ1923.  Local plane spotter Kayanne H was on hand to capture some great photos as the Dreamliner made its second visit to Rocky in as many days. 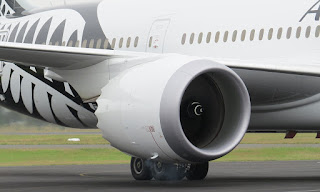 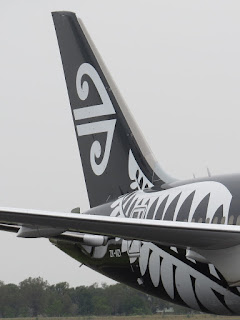 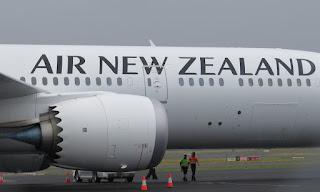 After ZK-NZI was unloaded of what looked to be a full load of passengers and cargo, it departed home to Auckland (empty) as ANZ6003.

Kayanne was also on hand at Rockhampton Airport after ZK-NZI made a spectacular debut at the beef capital late on Saturday 17 September. 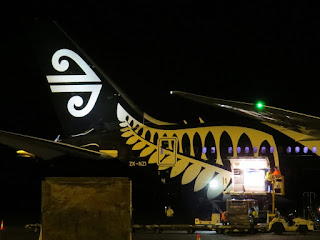 Meanwhile, as this post is being written, Qantas Airways Airbus A330-202 also touched down once again at Rockhampton Airport.  It also flew into Rocky direct from Changi but as QFA6034.  It had earlier positioned to Singapore from Rockhampton Airport in the wee small hours of Sunday 18 September as QFA6005. 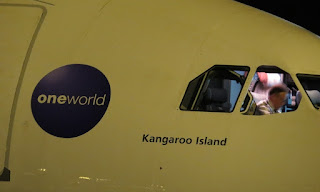 VH-EBV has since departed back to Melbourne (Tullamarine) as QFA6004.

Sunday's visits sees the end of the first 'wave' of heavy jet charter flights in support of the Singapore Armed Force's Exercise Wallaby 2016.  Another 'wave' of flights is expected at the start of October.

Sincere thanks to Kayanne for taking the time to capture and send through these great photos of a couple of great heavy-jet arrivals into Rockhampton Airport!

All photos taken by Kayanne Hardsman  ©
Posted by Damian F at 9:52 PM