With the Singapore Armed Force's Exercise Wallaby 2016 due to start later this week, two flights of three Republic of Singapore Air Force (RSAF) Aerospatiale / Eurocopter AS332M Super Puma helicopters made spectacular arrivals into Rockhampton Airport from their home base at Oakey on Tuesday 13 September. 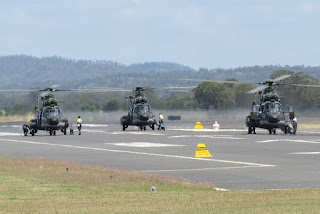 Local plane spotter 'IAD' was at Rocky Airport soon after the arrival of the first three which were heard to be using the radio callsign of "Diamond".

He then captured the next three arriving into Rocky which were heard to be using the radio callsign of "Ruby". 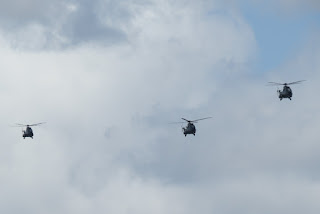 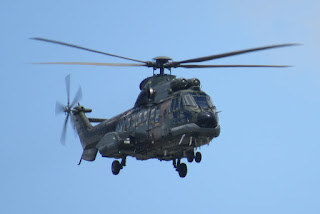 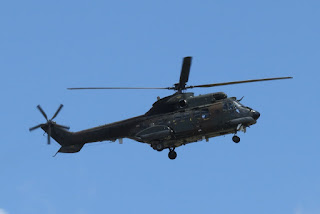 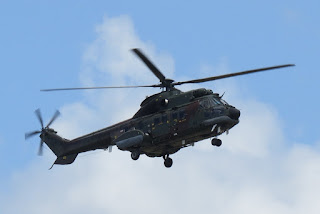 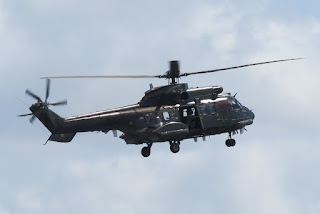 Meanwhile, 'IAD' also popped out to Rockhampton Airport during the afternoon on Monday 12 September and captured some more photos as the other RSAF helicopters continue to be prepared to participate in Exercise Wallaby 2016. 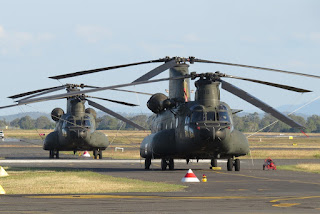 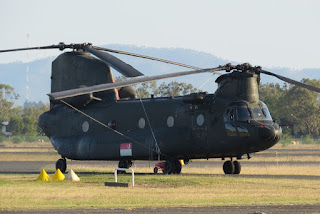 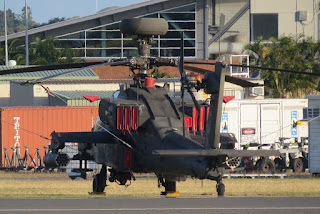 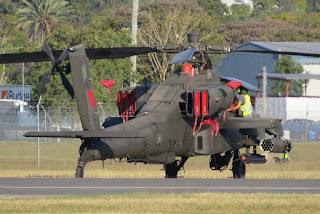 Three of the four RSAF Boeing CH-47SD Chinook helicopters have been undertaking test flights, as have the Boeing AH-64D Apache helicopters.

The Chinooks continue to use their usual radio callsign of "Cyclops", while the Apaches are again heard to be using the radio callsigns of "Atom" and "Astro".

The final participants in Exercise Wallaby 2016 - six Republic of Singapore Air Force (RSAF) McDonnell Douglas F-15SG Strike Eagle fighter jets - are due to arrive into Rockhampton Airport during the latter part of this week following an Exercise with the Royal Australian Air Force (RAAF) out of RAAF Base Amberley.

It is also expected that first heavy jet troop charter from Singapore will touch down at Rockhampton Airport this weekend.  Arrivals are expected during the evening - as per usual.  Stay tuned to the CQ Plane Spotting Blog for all the latest updates!

Sincere thanks to 'IAD' for taking the time to capture and send through these fantastic photos!